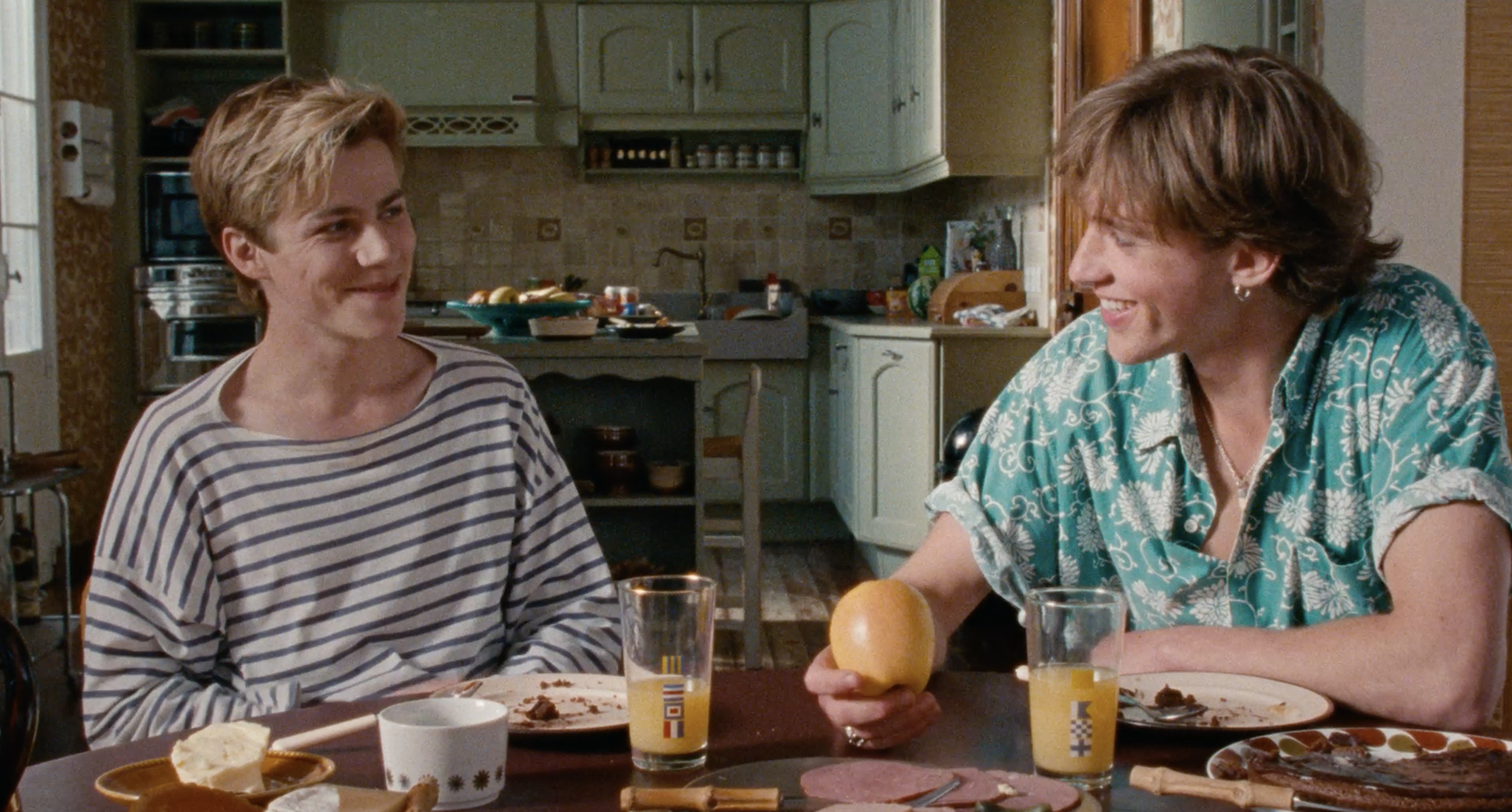 30 minutes after watching Summer of 85, I shed a tear.  It was indicative of a feeling of loss and sadness brought on by the fact that the characters I’ve been watching for an hour and a half learned so much about themselves but still need to learn so much more about the world they inhabited.

Summer of 85 tells the story of Alexis Robin (Félix Lefebvre) and his chance encounter with a charming older man named David Gorman (Benjamin Voisin). For six weeks, the two men spent time exploring and partying on the streets of Normandy.  Gorman owns a thrift store and grocery with his family, and Alexis is essentially spending the summer finding himself through his adventures with Gorman. Problems arise when Alexis develops an attraction to Gorman.   Those emotions are initially strongly returned, but over time Gorman’s feelings change, which causes Alexis, who is deeply invested in the relationship, to you feel used and manipulated. Alexis’s reaction to how Gorman truly feels about him causes a catastrophic chain events that shape the climax of the film and illustrate Alexis’s slow decline into madness and depression.

Summer of 85 had a strong impact on me because it’s something that I have personally experienced. Because this movie was released at the film festival first, I have no idea how audiences will react to the playful relationship Gorman has with Alexis. What I can say for sure is that the feelings Alexis has, especially after being confronted with the truth about how Gorman feels, is something anyone can relate to.

In relationships with people we care about, we all see what we want to see.   We build in our mind around what we think the person we love is and should be and when that mask is removed to reveal the true motivations of the person we care about, sometimes the response is not pretty.  Director François Ozon knows this, which is why he takes the time to manipulate the story between things that happened in the past and the issues facing Alexis in the present. 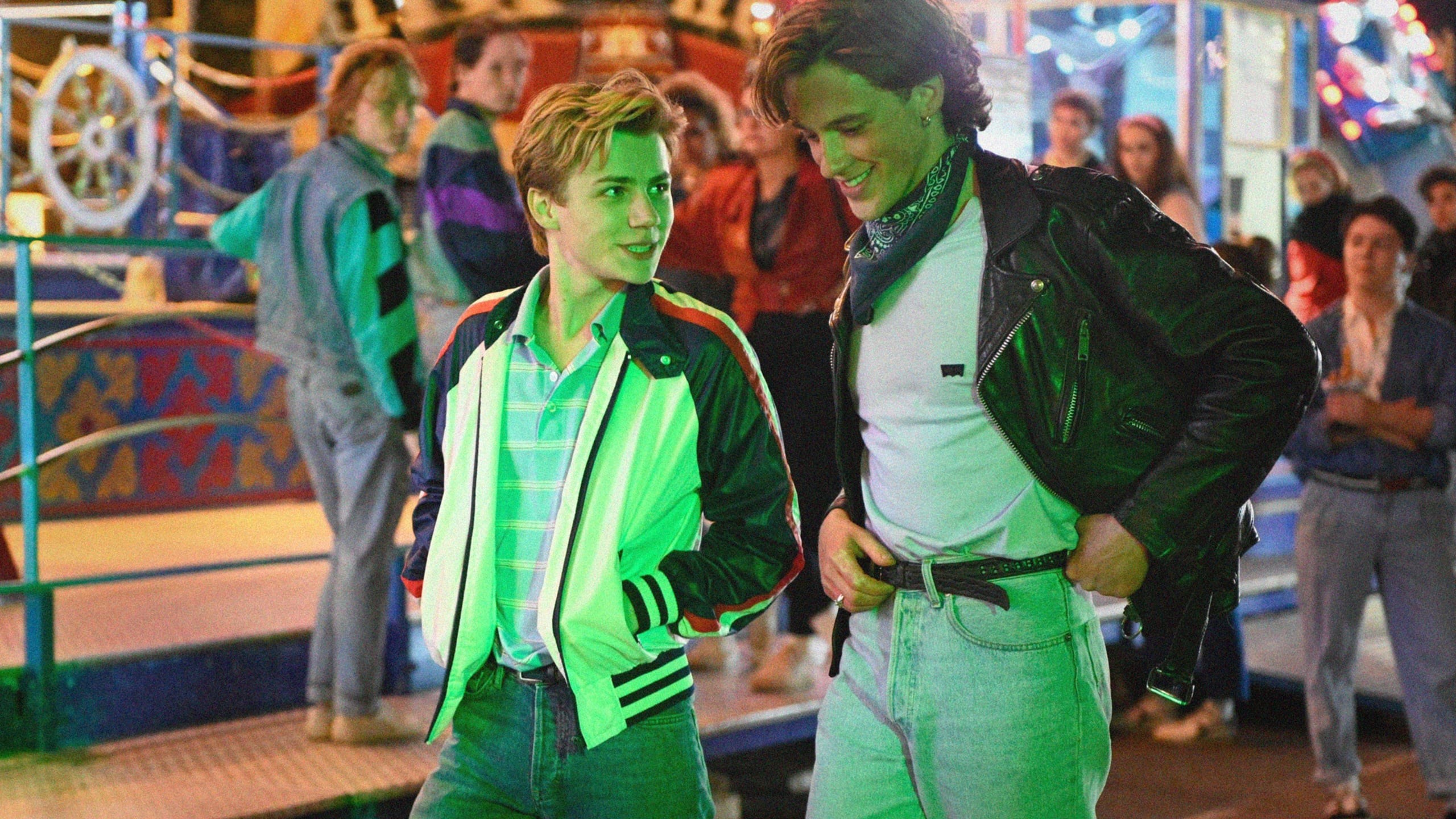 Ozon seeks to keep the audience inside of the specific memories Alexis is writing about. This is why all the different scenes within the film have a lot of brief quick cuts because he wants us in the moment and then moving onto the next one. Ozon realizes how fleeting time is when you’re trying to enjoy your summer with someone you care about.  He wants the memory of Gorman to live in us as much as Alexis wants Gorman to still continue to be part of his life.

The sad reality is that for a multitude of reasons, that is not possible.  The reality is that impossibility is not something that Alexis can fathom. He is in denial. It’s watching that denial take shape and manifest in Alexis’s actions that make this film so riveting.

Most people who review Summer of 85 will look at the idea that it represents first love and the misconceptions we make ourselves believe when we’re in love. This film is more about the misconceptions we tell her selves then the love that’s represented on screen.  The latter half of the film is entirely about the people working with Alexis to try and help him process his loss and grief.  His father (Samuel Brafman-Moutier) believes Alexis should be doing everything he can to both throw himself into work and support those who are affected by the actions of Gorman. Alexis’s mother (Isabelle Nanty) wants her son to be at peace, and neither parent knows how to support their child. Both parents are feeling helpless, and Alexis is using all of his emotions to develop learned helplessness as a coping mechanism for the end of his relationship with Gorman. 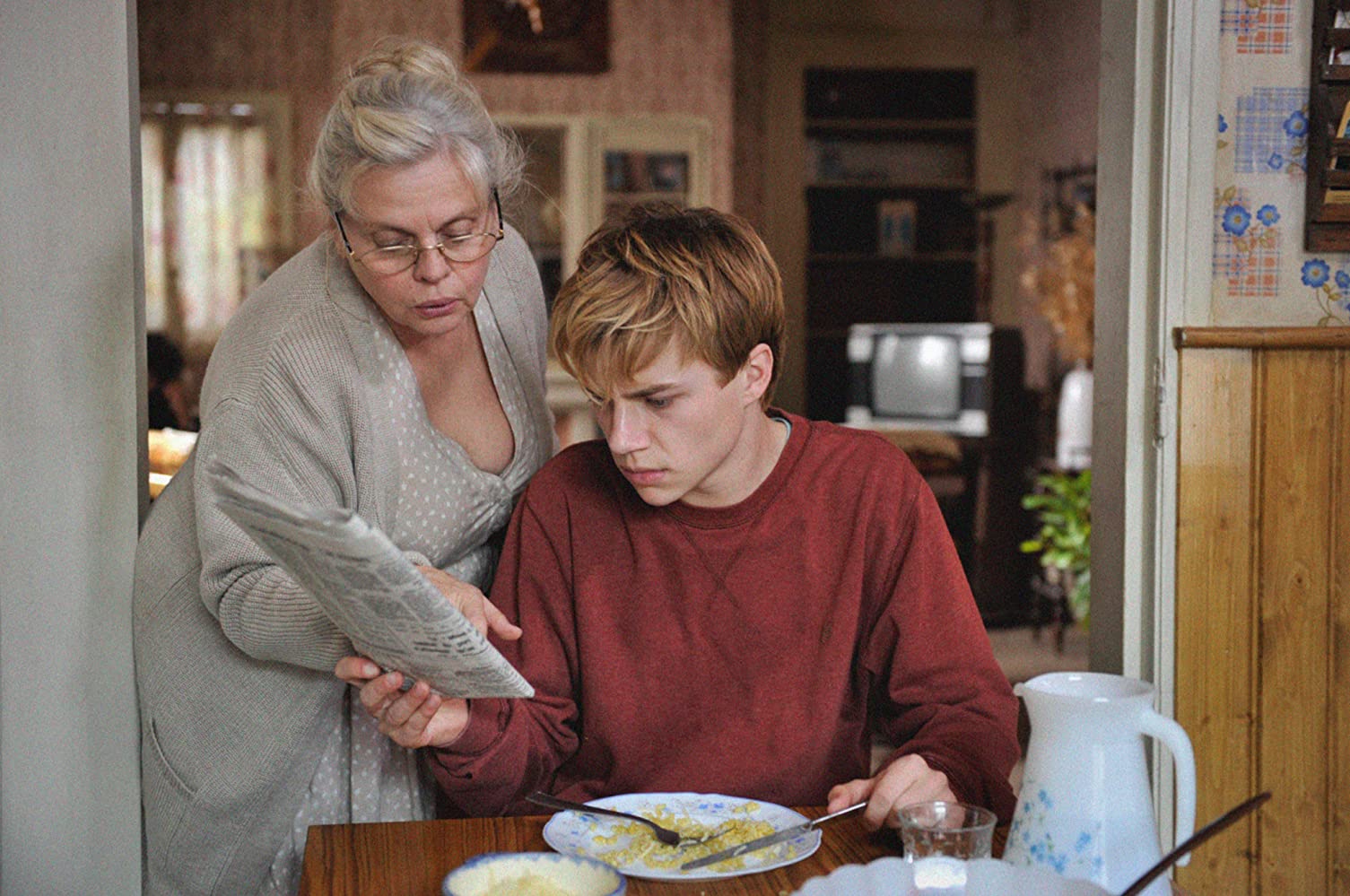 Summer of 85 works because it spent time really establishing why that relationship would be so crucial to a young gay man. The movie is less about the fact that these two men are in a relationship and more in tune with the fact that expectations can pale in comparison with reality.  Smartly, Ozon knows that for the story to have the impact it does, we need to see how the main character finds peace within himself.  He demonstrates this by having the character write about his relationship with Gorman detailing how that time impacted the right decision he made after, thus giving him a form of catharsis with which to move forward.

This exercise in the joys and pains of summer love only works because of the strong performances by the entire cast, specifically the lead actor, Félix Lefebvre.  He does everything in his power to make sure that all the acting choices he’s making come across as genuine. Even through his Poor decisions, the audience will be on his side because he doesn’t make Alexis come across as whiny very much.  Lefebvre makes sure to depict the grief and fear first before anything else when looking at the actions of his character. This is why a film like the summer of 85 should be celebrated because it works so hard to tell a simple story in a new way.

I highly recommend this film based on the fact that it’s something that we’ve all been through before when we’ve been in relationships, and it serves as a great cautionary tale to those who fall in love too hard, too fast. Audiences should definitely check it out when it becomes available. 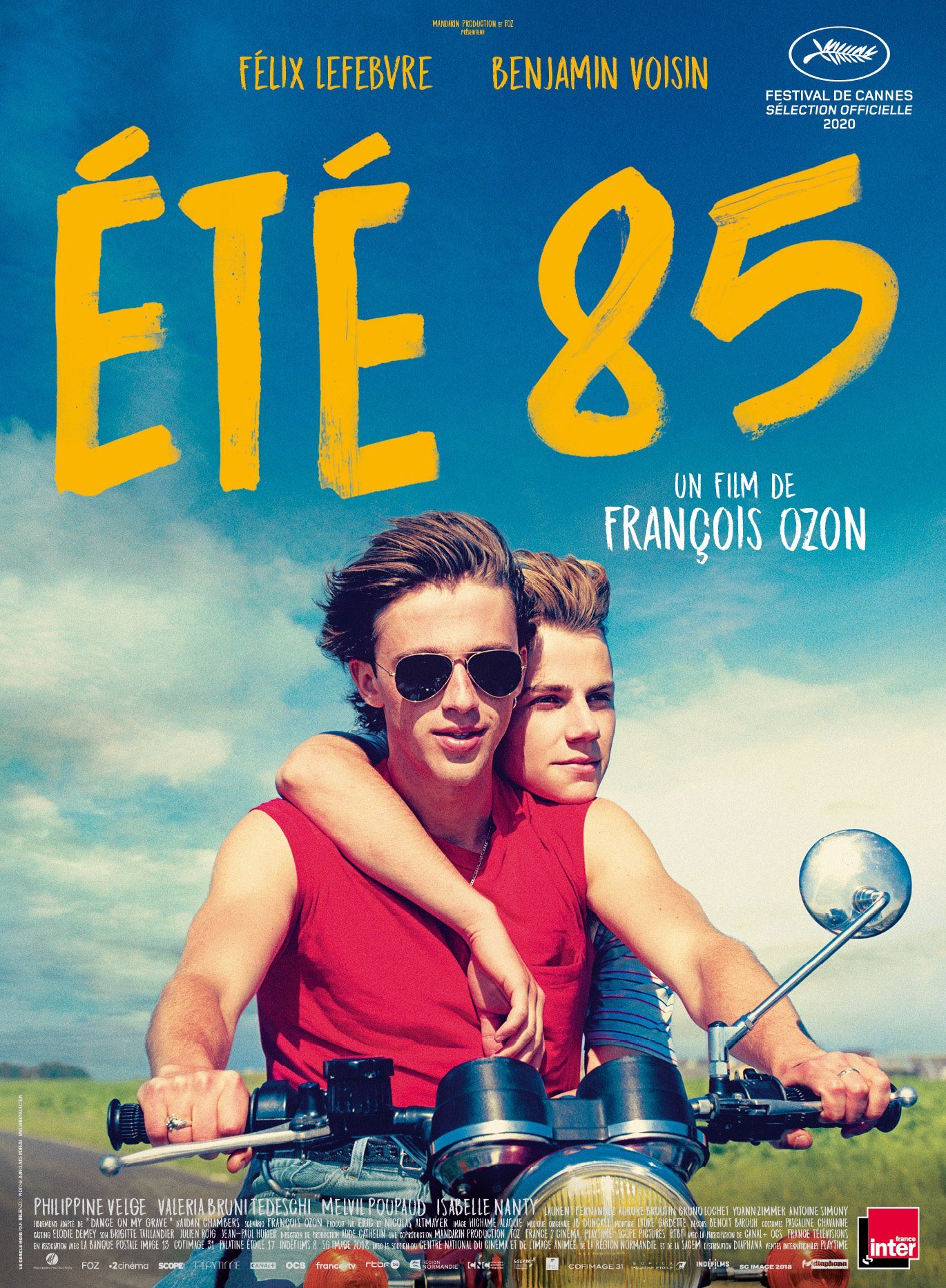 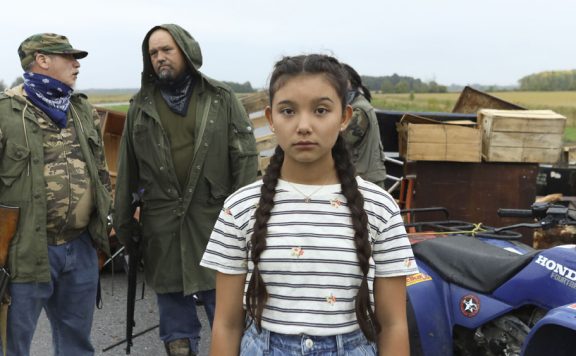 30 minutes after watching Summer of 85, I shed a tear.  It was indicative of a feeling of loss and sadness brought on by the fact that the characters I've been watching for an hour and a half learned so much about themselves but still n...
0
Average User Rating
0 votes
Please sign in to rate.
Film:Summer of 85
Cast:Antoine Simoni, Aurore Broutin, Benjamin Voisin, Bruno Lochet, Félix Lefebvre, Isabelle Nanty, Laurent Fernandez, Melvil Poupaud, Patrick Zimmermann, Philippine Velge, Samuel Brafman-Moutier, Valeria Bruni Tedeschi, Yoann Zimmer
Director(s):François Ozon
Writer(s):Aidan Chambers, François Ozon
Genre:Drama, Foreign Film