Before I begin this review, I have a confession to make; I didn’t hate the theatrical cut of Justice League released back in 2017. While I previously acknowledged that Whedon’s cut wasn’t great, at the time, I enjoyed the film for what it was, flaws and all. However, after watching the 4-hour epic that is Zack Snyder’s Justice League, I cannot even believe I gave Whedon’s cut a pass. The Snyder Cut isn’t only far superior in every way but one of the best superhero films ever made. And yes, you can put that on the record.

As a child of the 80s, I grew up watching superhero television shows and movies. I watched almost every single superhero show and movie that has been released. While I may not be the avid comic book reader that I was as a kid, I have been fully committed to the plethora of superhero content from Adam West’s Batman series from the 60s to the recent airing of Marvel Studios’ WandaVision. However, because there has been so much superhero content, I have since developed a sort of love/hate relationship with superhero films and television shows. While I tend to enjoy them to varying degrees, I feel like most superhero media is now overhyped. There are obviously great entries, but not everything can be “the best Marvel movie” or “the best DC show.”

Zack Snyder’s Justice League earns the title of one of the best superhero films because of its effectiveness in storytelling and character development. While reviews for Man of Steel and Batman v Superman: Dawn of Justice were mixed, Justice League builds upon the themes and subjects explored in those films. The result is something that now feels complete and fully realized. Snyder clearly knew what story he was ultimately trying to tell, but sadly, Warner Brothers interfered with that story and Snyder’s vision of these characters. When the world watches Zack Snyder’s Justice League on March 18th, not everyone will love the film, and that is ok. Like all art forms, film is subjective, and Snyder’s vision is not going to appeal to everyone but for those of us who like our superhero films a bit darker, well, let’s say there is plenty to love. 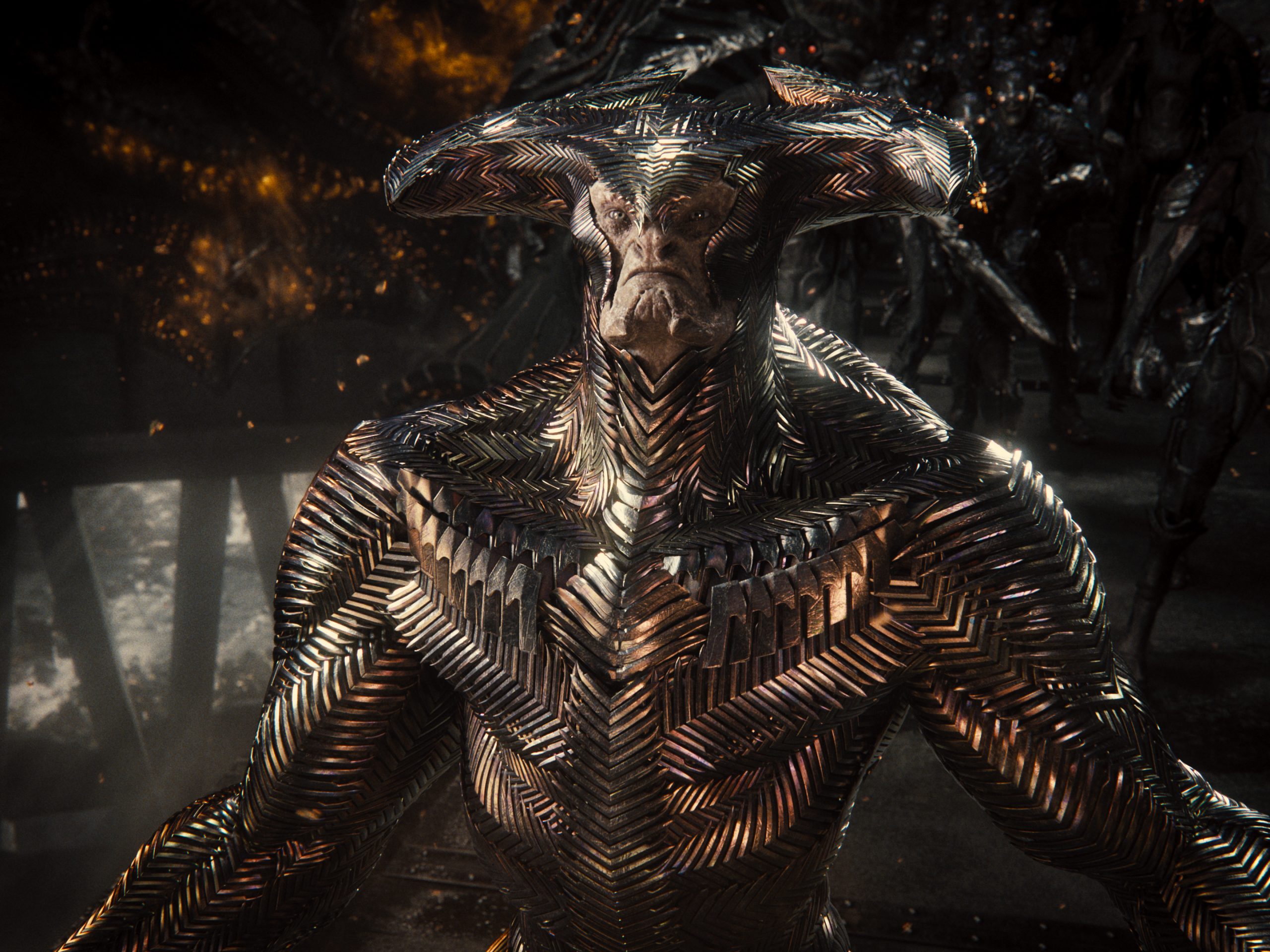 The biggest difference between the Snyder Cut and the Whedon cut is how fleshed out the characters are. I went back and watched Whedon’s cut of the film a few days after I watched the Snyder Cut. I honestly don’t know what Whedon thought when he removed certain scenes and added in others. It is baffling to look back at the original cut because it’s as if Whedon was setting up the film to fail. For example, Cyborg was so underdeveloped, and yet in Snyder’s cut, he is the crux of the film, and his backstory and purpose are fully realized. There has been a lot of discussion about what happened on set during filming with Whedon, and while I don’t know specifically what happened, I know that Ray Fisher was seriously robbed in the original cut. This is a star-making performance. We have seen so many actors become huge stars because of their roles in superhero shows and movies, so I think it is a crime that Whedon’s cut hurt Fisher instead of helping him.

But Cyborg isn’t the only character who gets more screentime and a better backstory. Steppenwolf, who was initially treated like some half-assed villain, is now also fully developed. As a viewer, you will learn more about his story and his involvement with DeSaad and Darkseid. Steppenwolf is a massive threat to the world, and the film really showcases his strength and power. One of my favorite scenes in the film is the one where he fights the Amazonians. It is freaking awesome to watch unfold while also giving Queen Hippolyta (Connie Nielsen) some much-needed screentime where she kicks some serious ass.

Another thing that is radically different is the entire third act of the film. Without giving anything away, it would have delivered a much larger reaction if audiences saw this in theaters. When you see the team united, and they go into battle, it is freaking epic. My wife, Ashley, actually started to yell and react to what was happening on-screen. She was screaming things like, “That was fucking awesome,” and, “Hell yeah!” repeatedly during the final act. You even get to see some cool new Batman gear during the 3rd act as well, which is always welcome. 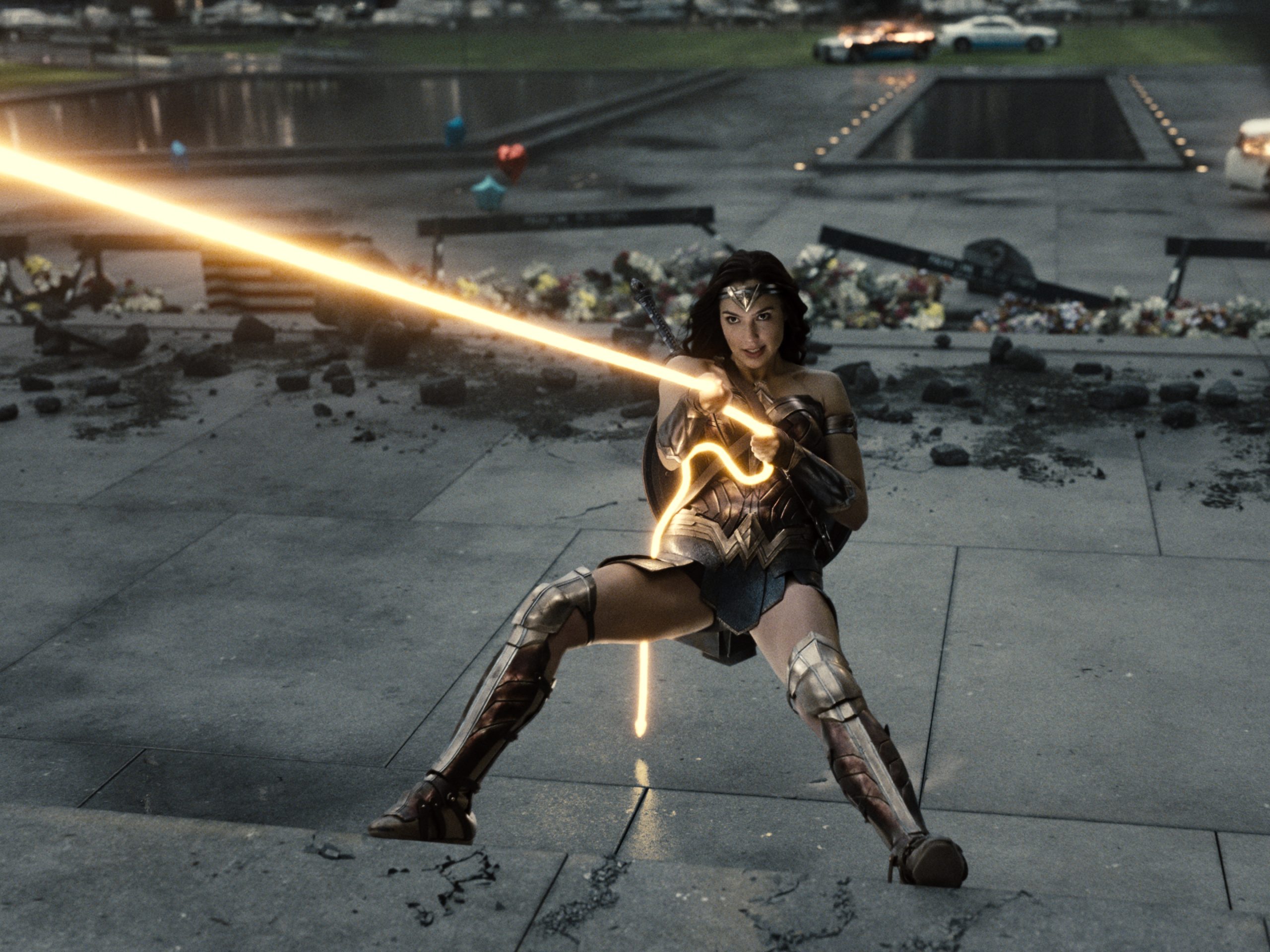 Additionally, as much as I love me some Danny Elfman (he is my favorite film composer), Junkie XL, aka Thomas Holkenborg, was a much better choice for the film’s score. Holkenborg’s music totally fits with Snyder’s vision and the world he created. If you are a film lover or film critic, you know how much music can impact a film. With the right score, a scene can feel grander in scale or more emotional. This is what Holkenborg brought to this project. When certain tracks begin to play, you begin to feel the excitement start to build. The score improves upon the fight scenes and some of the characters’ more emotional story arcs. It also helps to build tension and intimidation whenever the villains are shown developing their master plan.

With a film as big as Zack Snyder’s Justice League, most reading this review probably want to know who amongst the cast stands out. Truthfully, it is hard to pick a favorite because I constantly went back and forth on which character I liked the most. This is truly an ensemble movie where each of the main characters, including the villains, gets their moments to shine. However, if I had to pick, I would say it is a three-way tie between Wonder Woman, The Flash, and Cyborg.

I love Gal Gadot as Wonder Woman, and I loved seeing her back in action. Wonder Woman has some of the best fight scenes in the movie, and for those who were disappointed by the lack of action in Wonder Woman 1984, the Snyder Cut makes up for that tenfold. Even if you didn’t like Wonder Woman 1984, I think it’s hard to deny that Gal has totally committed herself to this role. She really brings the character to life and is so easy to root for. Personally, the Flash is my favorite out of all the characters in Justice League. That is one of the only things that didn’t change much for me, from the Whedon cut to the Snyder cut. I like what Ezra Miller has done with Barry Allen’s character, and I love his personality, which is fueled by quick wit and sarcasm. Miller’s Allen feels very much like my own personality, which is probably why I enjoy watching this character so much. That being said, I am glad that Snyder’s version develops The Flash more and begins to pave the way for his standalone movie. 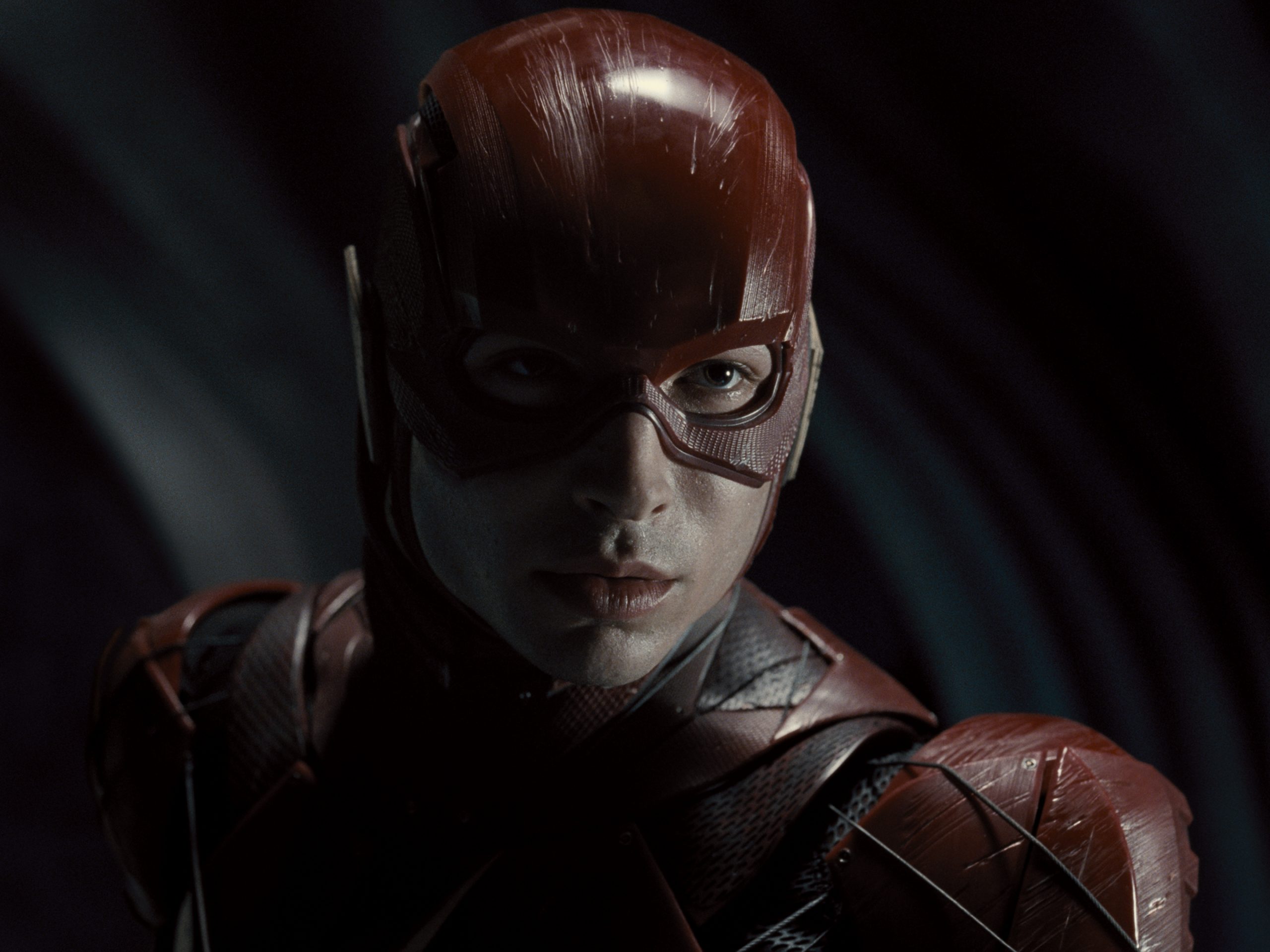 As I stated earlier, however, Cyborg/Victor Stone is the strongest and best-developed character in the film. Since Aquaman, Batman, Wonder Woman, and Superman all had their own standalone movie, Snyder really hones in on Victor Stone and shapes him to be such a crucial part of the story. Like the rest of the cast, Ray Fisher is fully committed to bringing the character of Cyborg to life. Fisher plays Victor/Cyborg as a multi-faceted character giving his performance plenty of emotional weight and reason for the viewer to care about him. You get glimpses of that with The Flash but not nearly as much as you do with Cyborg.

In terms of Zack Snyder’s direction, this is his best film to date. You can tell he really poured his heart and soul into the project, and it shows in every single frame. Snyder has a particular style, which may not work for everyone, but I think it really elevates these characters and this story. The cinematography by Fabian Wagner is absolutely stunning, while the special effects (completed in an insanely short amount of time for a project this big) are superb. My only issue with the film, and it is a minor one, is the overuse of slow motion. I consider myself a massive fan of Snyder’s visionary filmmaking, but I would be remiss if I didn’t mention that he went a little overboard with the slow-motion. I get that it is part of his signature style, but seeing it repeatedly used in a four-hour movie takes away from its overall effectiveness during certain moments.

While this may be a bold thing to say, I do believe that Zack Snyder’s Justice League ranks up there amongst the very best of all superhero movie offerings to date. It is an epic masterpiece that shouldn’t be missed. I don’t think fans are ready for what is in store for them. The film offers a satisfying conclusion yet, at the same time, leaves you wanting more. I can totally see the #RestoreTheSnyderverse movement taking off after audiences experience this film for themselves. I, for one, am all about seeing how the rest of this story unfolds and hope that Snyder and the rest of the League get to finish what they started. 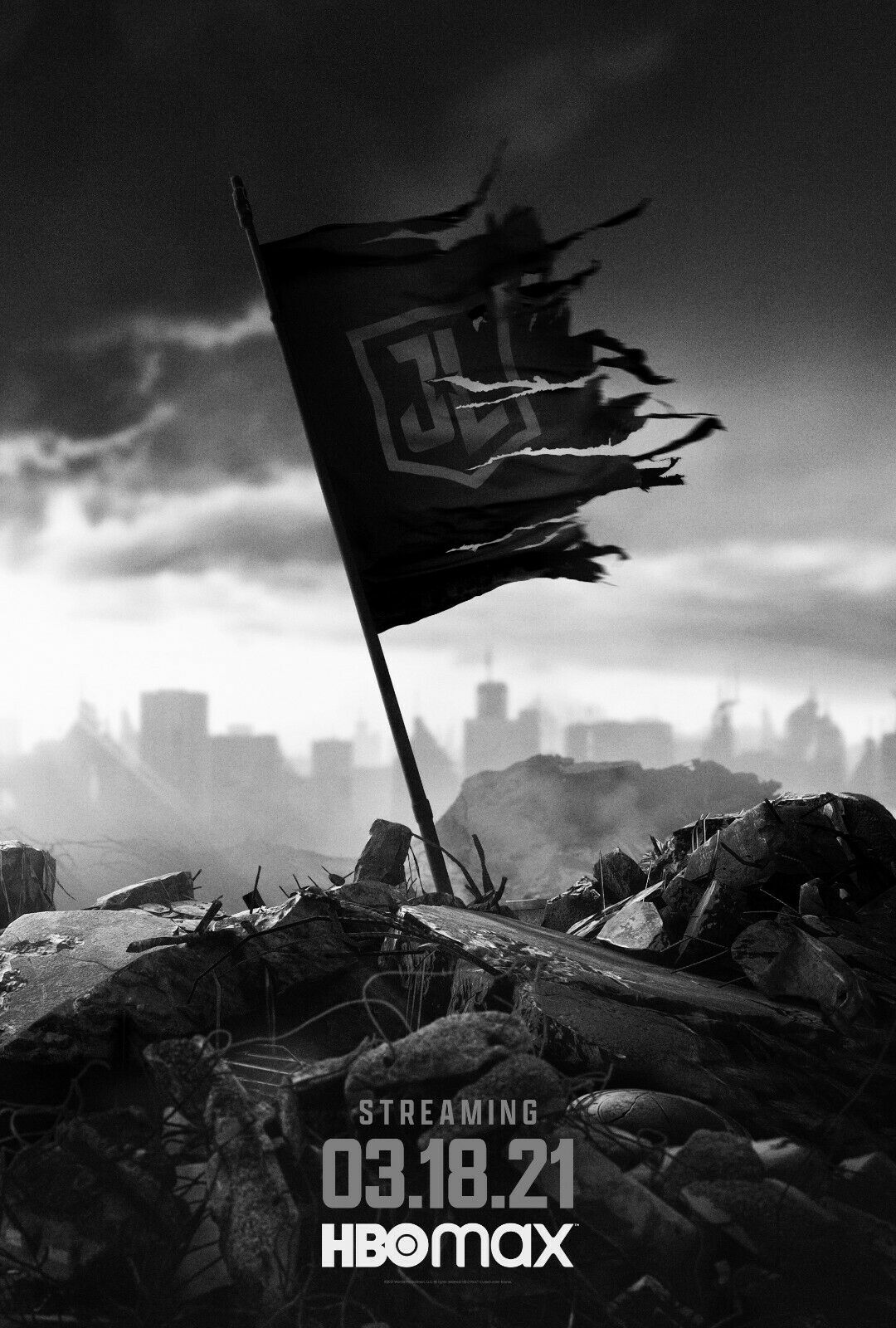 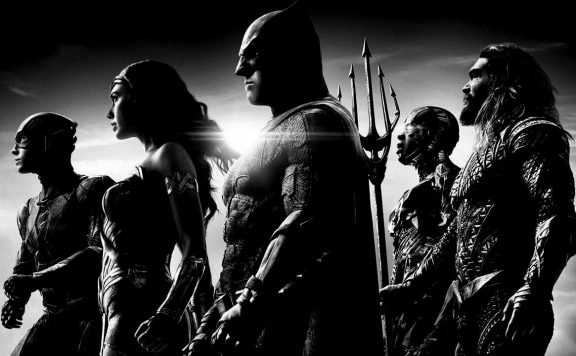 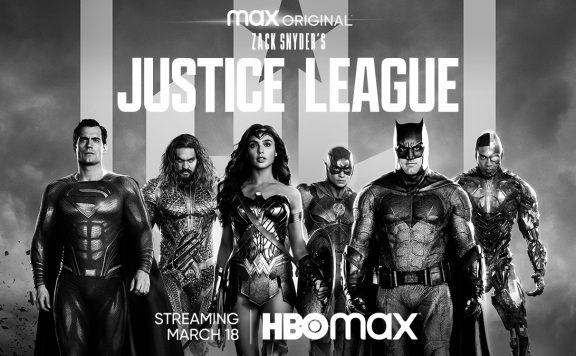 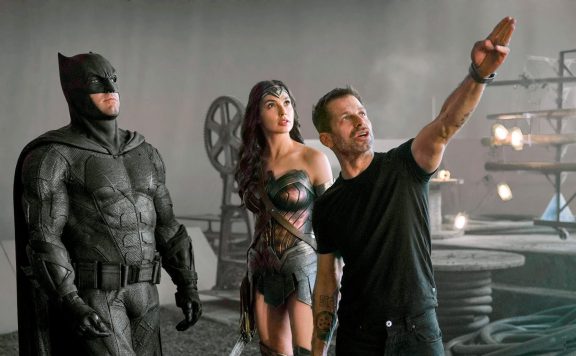 ‘Zack Snyder’s Justice League’ Review: One of the Best Superhero Films Ever Made 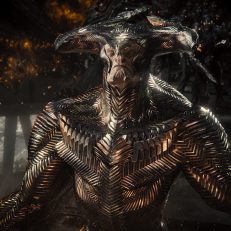 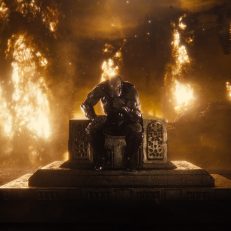 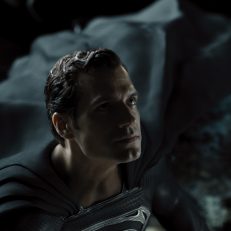 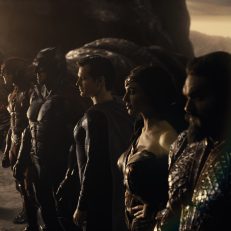 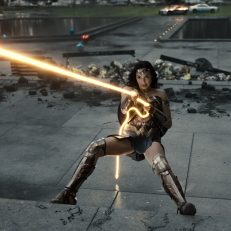 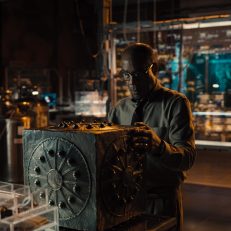 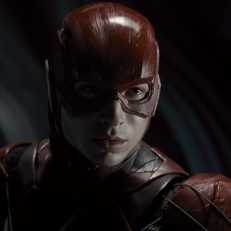 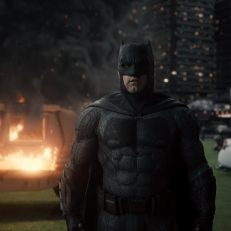