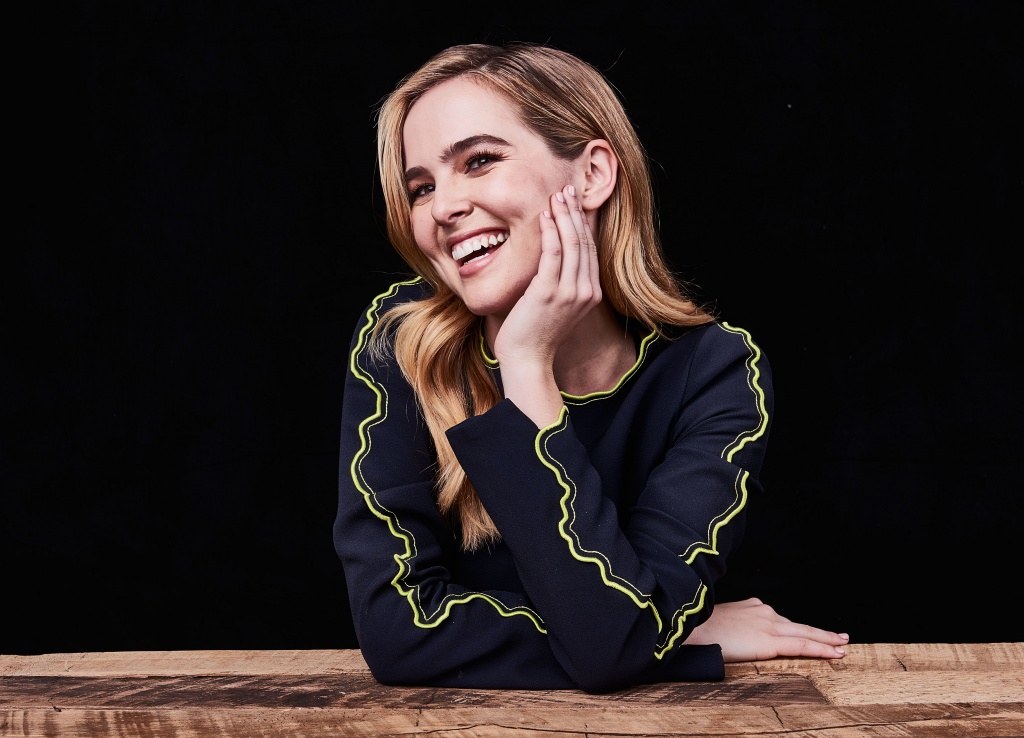 Zoey Deutch on Sundance, Before I Fall, and her role in The Disaster Artist

When living on the East Coast, it was rare for me to meet and interview a celebrity. I would say that on average it happened about once or twice a month but now that I am living in Los Angeles, all that has changed. I have been meeting and interviewing celebrities several times a week for the past few years, and honestly, I have met a lot of very personable and friendly celebs as well as some that I will now avoid interviewing again at all costs.

Back in January, I attended the World Premiere of Before I Fall at the 2017 Sundance Film Festival. One of my favorite things about the festival besides seeing films that no one know much about is the fact that I can casually approach a celebrity as a fan rather than a journalist. After the Premiere of Before I Fall, Zoey Deutch waited around to meet fans and take photos. I walked up to Zoey at the premiere and told her that I was so happy for her and thought that her career is really starting to take off. Zoey immediately smiled and said to me “I fucking love my job.” Hearing that type of response made me so happy since it seems so rare for celebrities to react like that. We proceeded to talk for a few more minutes before she gave me a hug and took a photo with me.

After that interaction, I knew that I had just met one of the most humble and down to earth up and coming stars in recent memory. I wrote to my friends at Open Road Films to ask if they could give me a TV Spot interview with Zoey because not only did I enjoy the film but also loved talking with Zoey Deutch and wanted to do so again. Luckily for me, Open Road responded and got me an interview as I requested. When I walked into the room, Zoey stood up and said “It’s you! How are you?” as she walked over to give me a hug and then talk to me about my Sundance experience like we were just friends shooting the breeze.

Below is my interview with Zoey Deutch and if you would like to watch the video of this interview, please feel free to scroll down and view it as well.

Scott Menzel: So great to see you again.

Scott Menzel: We met at the Sundance Film Festival.

Zoey Deutch: We did.

Scott Menzel: We didn’t talk that much about it, but what was that experience like when that roar came over the crowd as the end credits began to roll?

Scott Menzel: What message, do you think, is the most important takeaway from this?

Zoey Deutch: Become who you are. Become who you are in the sense that that’s not a one stop shop, that’s a forever process, and that there’s no right or wrong place or time or age. Don’t take things for granted. You can never love and appreciate the people in your life too much. You know, that was a huge takeaway for me, that even though I feel like I have so much gratitude for the people that I love and that love me, but it’s never too much. You can never say, “I love you,” or, “Thank you,” too much.

Scott Menzel: Yeah, I appreciated that aspect of the film too. I feel like it was a refreshing teenage tale, something that we don’t get to see that often. I think you really led the ship so to speak. I feel like this is your performance where you’re going to get more and more roles now because of this.

Scott Menzel: I feel like this is going to be that one performance people are going to look back on and say, “This is where Zoey’s career started.”

Scott Menzel: I just needed to tell you that.

Zoey Deutch: Thank you. I don’t know if you got a chance to talk to Ry Russo-Young, the director …

Scott Menzel: No, I haven’t.

Zoey Deutch: I sound like a complete stalker when I talk about her, because I’m obsessed with her, and I love her, and I think I even grabbed the mic during the Q&A at Sundance, to be like, “Wait a minute. I love you, Ry. Let me confess my undying love for you.” She is so …

Scott Menzel: I captured that for you by the way. It’s on YouTube.

Zoey Deutch: It is?

Scott Menzel: Yes, I’m the person who actually filmed the Q&A. There you go.

Zoey Deutch: Wow. I’ll have to check that out. Really, I will. Thank you for that.

Zoey Deutch: She’s amazing. I think, we had a couple of weeks before prior to shooting the film, which by the way the irony of shooting a movie about not having enough time is that we really didn’t have enough time to shoot it at all.

Zoey Deutch: The couple weeks prior to shooting that Ry and I had together in rehearsal, in breaking down this girl’s journey, and creating a shorthand together of naming the days and specific things that change was imperative and important.

Scott Menzel: Can you talk a little bit about working on this film in terms of, with the director, but also with a primarily female crew and female cast members, and then a female writer? I feel like that’s very rare.

I’m a woman. It’s worth discussing, but they are all such great artists and filmmakers, and that was what I was paying attention to.

Scott Menzel: Perfect, and then one last question real quick.

Scott Menzel: The Disaster Artist, which is going to be at South by Southwest …

Scott Menzel: How excited are you to be a part of that?

Zoey Deutch: Wait, I have to tell you really quickly, I know you have to go, but I’m not actually in the movie, this is what’s funny. I shot a movie with James Franco called, “Why Him?” And his schedule was so crazy that the only time I could find to spend with him was on set, so I’m an extra in the movie.

Zoey Deutch: It’s literally like, I’m not even kidding you, I don’t even think I have a line in the movie. I might be in the background …

Scott Menzel: But you are credited first on the film’s IMDB page.

Zoey Deutch: I was introduced at the Venice Film Festival as the star of The Masterpiece. I was like, “I’m so sorry, I’m an extra in it.” They’re like, “Why are you on this panel?” I’m like, “Sorry, you want to talk about Before I Fall?”

Scott Menzel: That’s awesome. Well, thanks so much.

Zoey Deutch: Thank you! It was so good seeing you again!

Be sure to check out Before I Fall which opens in theaters this Friday, March 3, 2017. 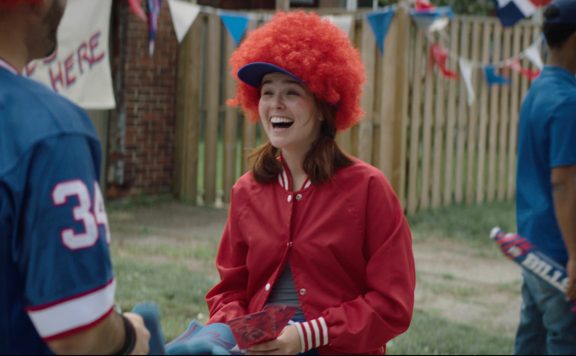 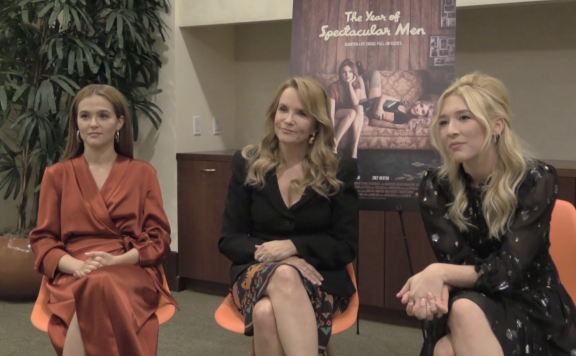 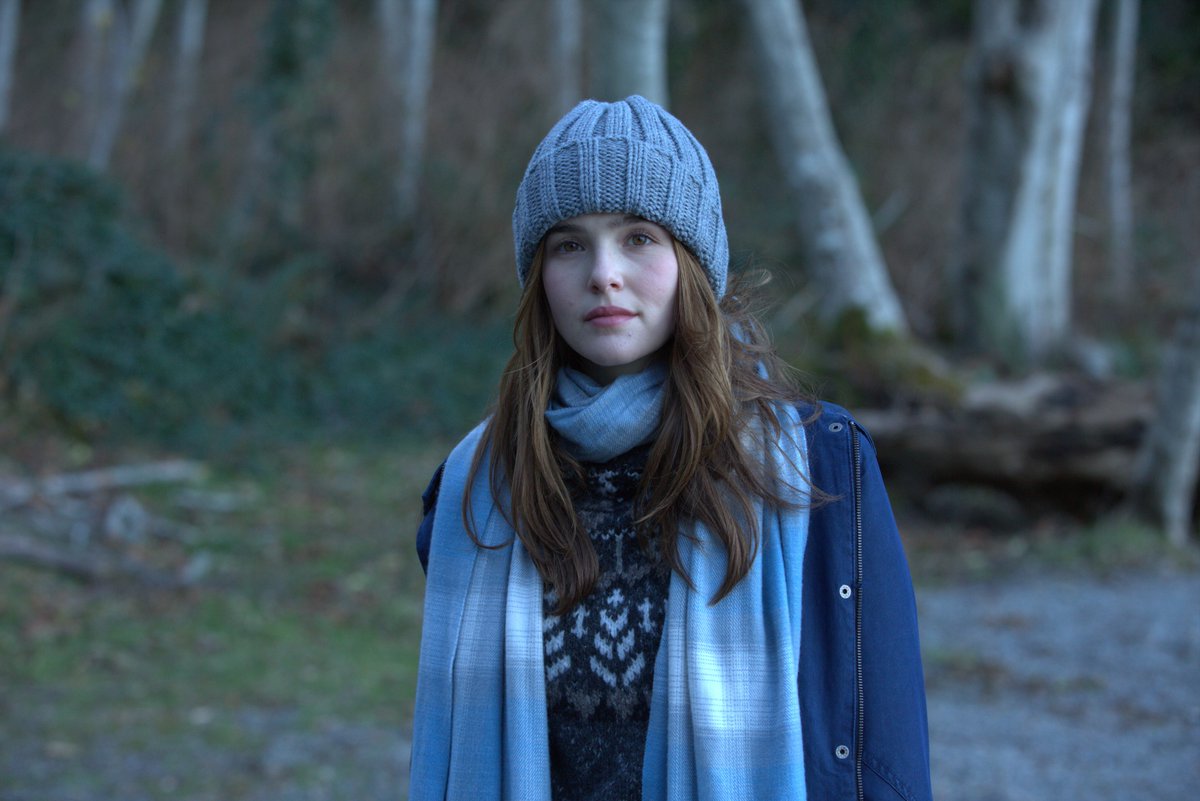 Zoey Deutch on Sundance, ‘Before I Fall’, and her role in ‘The Disaster Artist’

Zoey Deutch on Sundance, Before I Fall, and her role in The Disaster Artist When living on the East Coast, it was rare for me to meet and interview a celebrity. I would say that on average it happened about once or twice a month but now ...
0
Average User Rating
0 votes
Please sign in to rate.