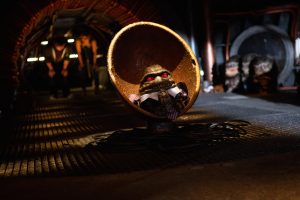 Franchise Fred watched all the Critters movies. When Critters 3 and 4 went straight to video, it may have been the first time I saw sequels to theatrical films on video. I had every hope that they would be at least as competent as the first two but that was also when I learned they don’t try as hard for video. Today, those sequels look more competent than some theatrically released modern movies. Anyway, decades later I was ready for Critters: A New Binge, the series on Shudder. 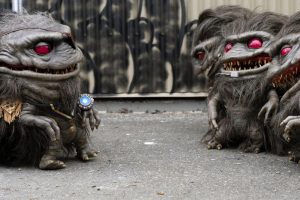 Right off the bat, we open with full frontal Crites. It’s clear that when Shudder and Warner Brothers decided to bring back Critters they had no pretense about keeping the monster mysterious. The Crites have full dialogue scenes in their language, with English subtitles, and provide a lot of the jokes in the show. 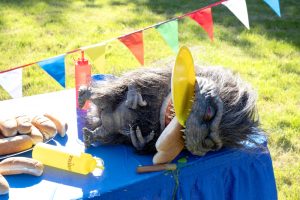 Episode one also commits to being gory AF. It’s animal cruelty which makes the Crites more evil than when they kill pesky humans, but the series is consistently gory and practical. 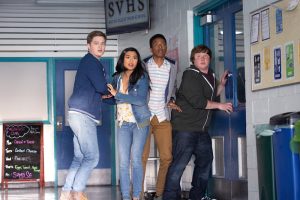 We meet some new human kids, Chris (Joey Morgan), Charlie (Bzhaun Rhoden) and Dana (Stephie Chin-Salvo), along with some celebrity cast adults. Uncle Murray (Gilbert Gottfried) is a horndog but the calmest I’ve ever seen Gottfried. 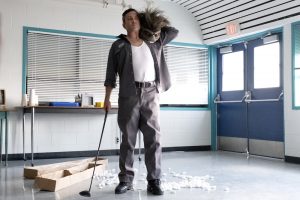 The principal (Thomas Lennon) has a fun homage to do in a later episode. The humans provide a lot of raunchy comedy, but fill a greater function than just Crite fodder in the story. 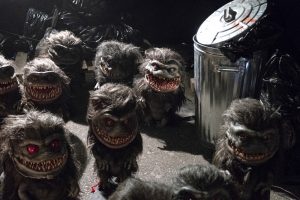 A New Binge plays with every aspect of the Critters franchise. They use the quills and the bounty hunters face morphs with new twists. Critters was always campy. I mean, I don’t think they had any pretense that they weren’t a Gremlins knockoff, but A New Binge leans into the comedy. CGI visual effects are fun and funny, with some of the Crite and bounty hunter biology upgraded for 2019.

A New Binge is a welcome return of the Crites for fans of the original movies. Hopefully new viewers who weren’t born in the’ 80s will like the Crites so much they’ll rediscover the movies too. Franchise Fred definitely wants to see season two or Another New Binge or A Newer Binge. However the Crites binge, Franchise Fred approves. Critters: A New Binge is now streaming on Shudder.