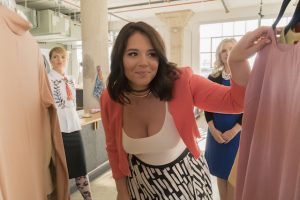 FXX comedy You’re the Worst is back this week and Kether Donohue fans are going to love the new Lindsay. Lindsay has a fabulous job and her own apartment, even if she mooches food from other people’s lunches. With Gretchen (Aya Cash) living with her, Lindsay is now the responsible one.

I spoke with Donohue after the TCA panel for You’re the Worst season four and I was touched that she remembered me. “I wish I saw you more than once a year,” Donahue said. While I try to make our visits more frequent, here is our interview and You’re the Worst premieres Wednesday, Sept 6 at 10PM on FXX.

WLE: What a magnificent entrance this season.

WLE: How many noodles did you eat from the refrigerator? 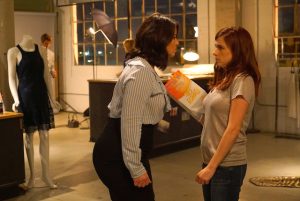 WLE: Are you excited to explore Lindsay as the responsible one?

Kether Donohue: Yes, absolutely. This year, what I think is new and interesting and exciting to explore is her introspective journey within herself. So even though she’s being “responsible” on the outside, she’s also being responsible to herself and taking a look within and trying to understand why she is the way she is.

WLE: Movies and shows always sell us the idea that being responsible sucks, but I think it’s great! Being in charge of yourself is awesome!

Kether Donohue: Absolutely. I agree, I think there’s this idea that it’s supposed to be “boring” and not exciting, but when you really do find your inner power, it is exciting. You realize you have the power to choose who you want to surround yourself with and what your intentions are. 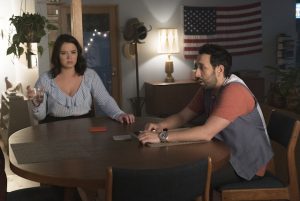 WLE: Has it been fun to pair off with different romantic partners?

Kether Donohue: That’s the nice thing though. So far, and I didn’t believe it at first but Stephen [Falk] convinced us, they really are doing friends with benefits with no strings attached. They genuinely are not getting romantic feelings involved. They are being “responsible” with not hurting each other.

WLE: Is just having scenes with different characters fun?

Kether Donohue: It’s nice because me and Desmin [Borges] have a nice bond and trust, so if there’s anyone I trust to do nude scenes with, it’s Desmin, and I mean that in the best way possible, the most non sexual way possible. 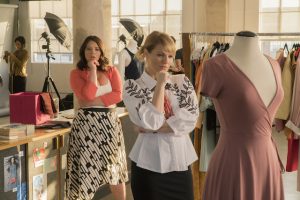 Kether Donohue: So you do find out, I think it’s episode eight, she officially gets her divorce license and it’s done. So she is mentally, emotionally and legally moved on from Paul. We do see Paul later on. He comes back but it’s by no means to reel Lindsay in. Lindsay is not interested in him anymore. It’s old news, an old story. She has put it behind her. She’s celebrating the divorce.

WLE: Did Paul ever really understand that they weren’t working out?

Kether Donohue: I feel like at the end, when I said, “You knew it was a snake when you picked it up. You don’t get to act surprised now.” Episode 12. I think that was very telling of how tuned out Paul has been this whole time. I think she’s kind of saying, “Hello, duh. Obviously we didn’t work out. All of a sudden now you’re just realizing that.”

WLE: Who did your fabulous purple dress today? 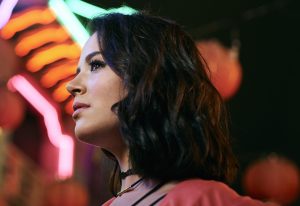 Kether Donohue: So this is Ted Baker and for the first time in my life I hired a stylist. I steal at least one outfit from every season and this season I just want the whole fucking wardrobe.

WLE: You hired a stylist for the first time in your career?

Kether Donohue: No, I’ve tried to work with stylists before and I think in this town a lot of stylists are used to dressing smaller women. So I’ve dressed myself a lot over the years and I found some that I like and trust. I like what she puts me in. 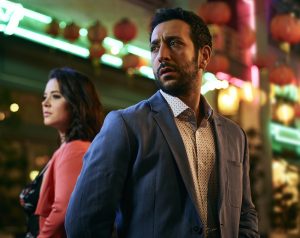 WLE: Any other funny stuff coming up?

Kether Donohue: None that I can tell. I never know what I’m allowed to say. Lots of Edgar and Lindsay athletically fucking. That’s what they call it in the script, “athletic fucking.” So we’ve done a lot of that. I’m excited. I think fans will not be disappointed. I’m excited about this year.