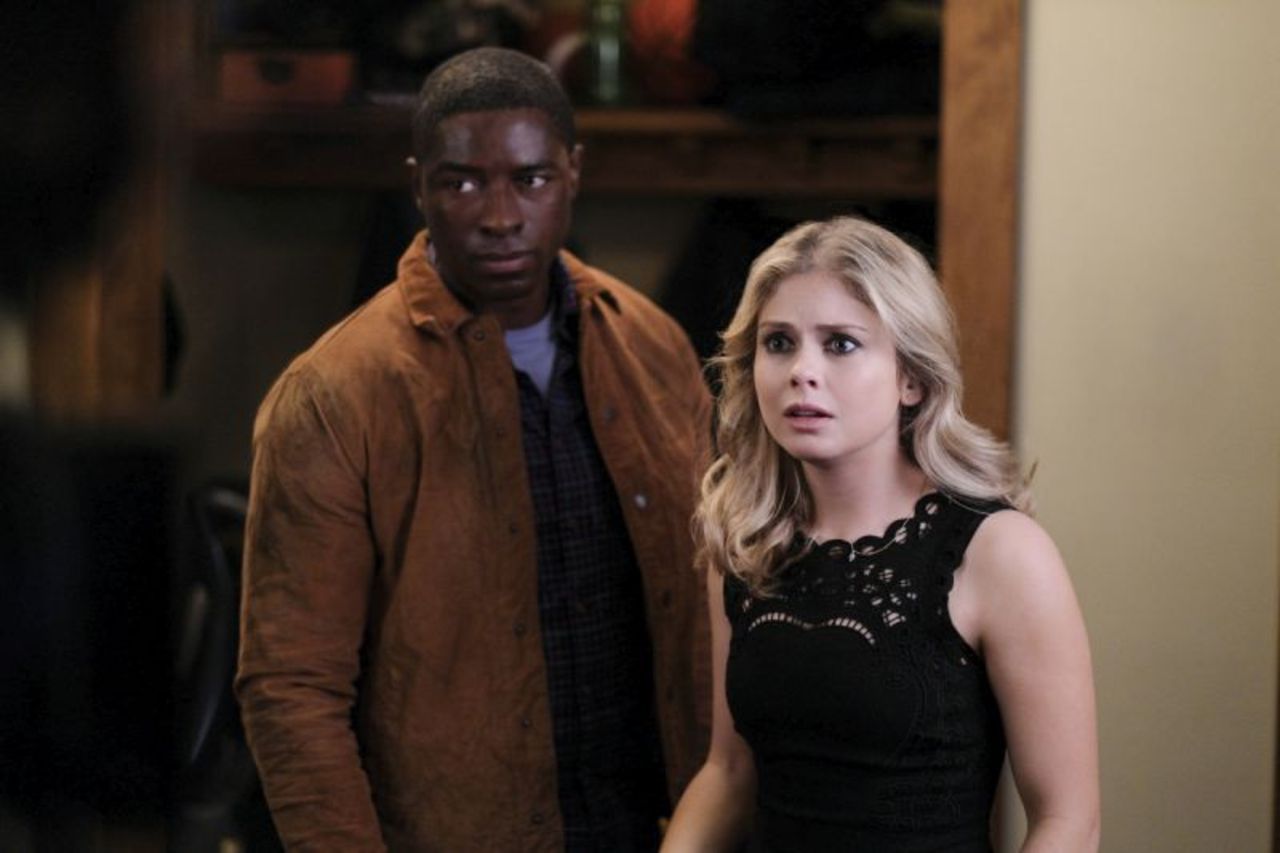 The season finale of iZombie is upon us, and it sets up a world, unlike anything we’ve seen in iZombie. Following the explosive end of the previous episode, we are left wondering what will happen to our zombie friends. Waiting for news, Liv, Peyton, and Ravi are relieved to see Justin and Major. Despite this, Justin is furious when he learns that Liv wasn’t there because she was busy sleeping with Chase Graves.

We finally learn a little more about what Blaine has been up to with the Scratching Post. A pretty amazing choreographed dance scene happens in this episode, and it is perfectly iZombie weird and entertaining. They are still marketing the blue brain juice, but are quickly distressed when Chase Graves decides that his men are no longer allowed to frequent the Scratching Post. 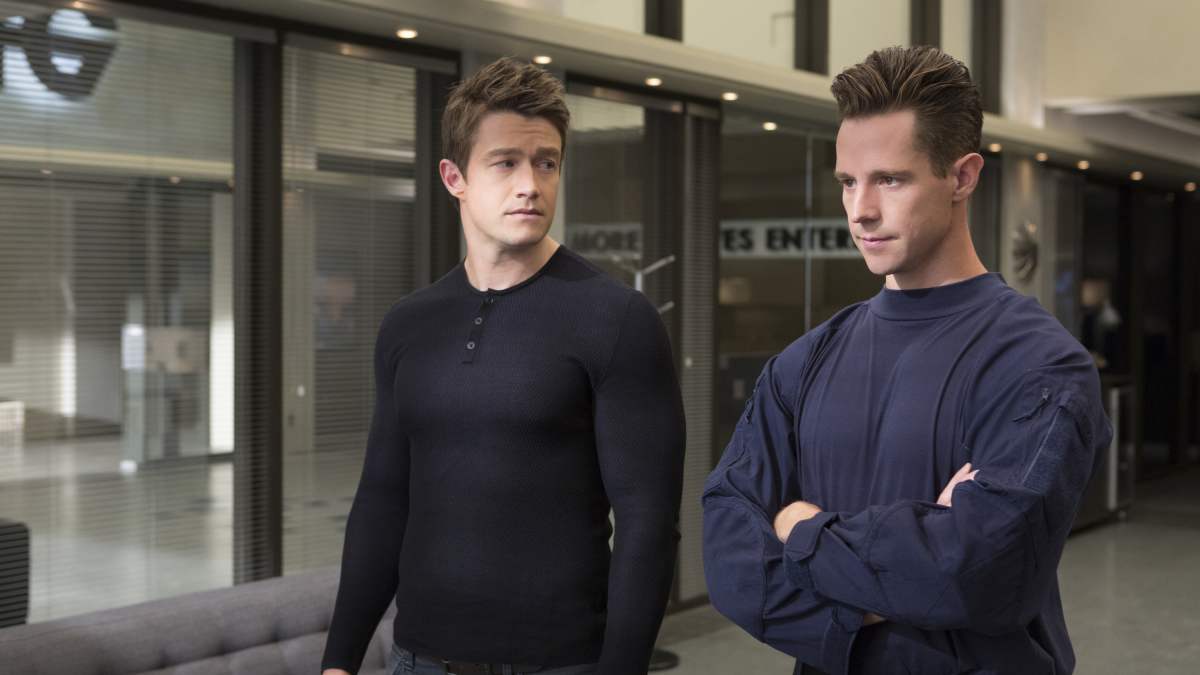 Major has made a significant decision to join the side of Fillmore Graves and the zombies. He asks Chase Graves to scratch him, thus aligning himself with Fillmore Graves and all they stand for. This could end up posing a huge issue between him and Liv and Ravi. The dynamic in their friendship can be set to change very quickly.

The mayor and his advisors including Peyton are working to find a solution for the Aleutian flu and discuss the number of people would die. They decide that it is mandatory that all Seattle residents must take the vaccine. 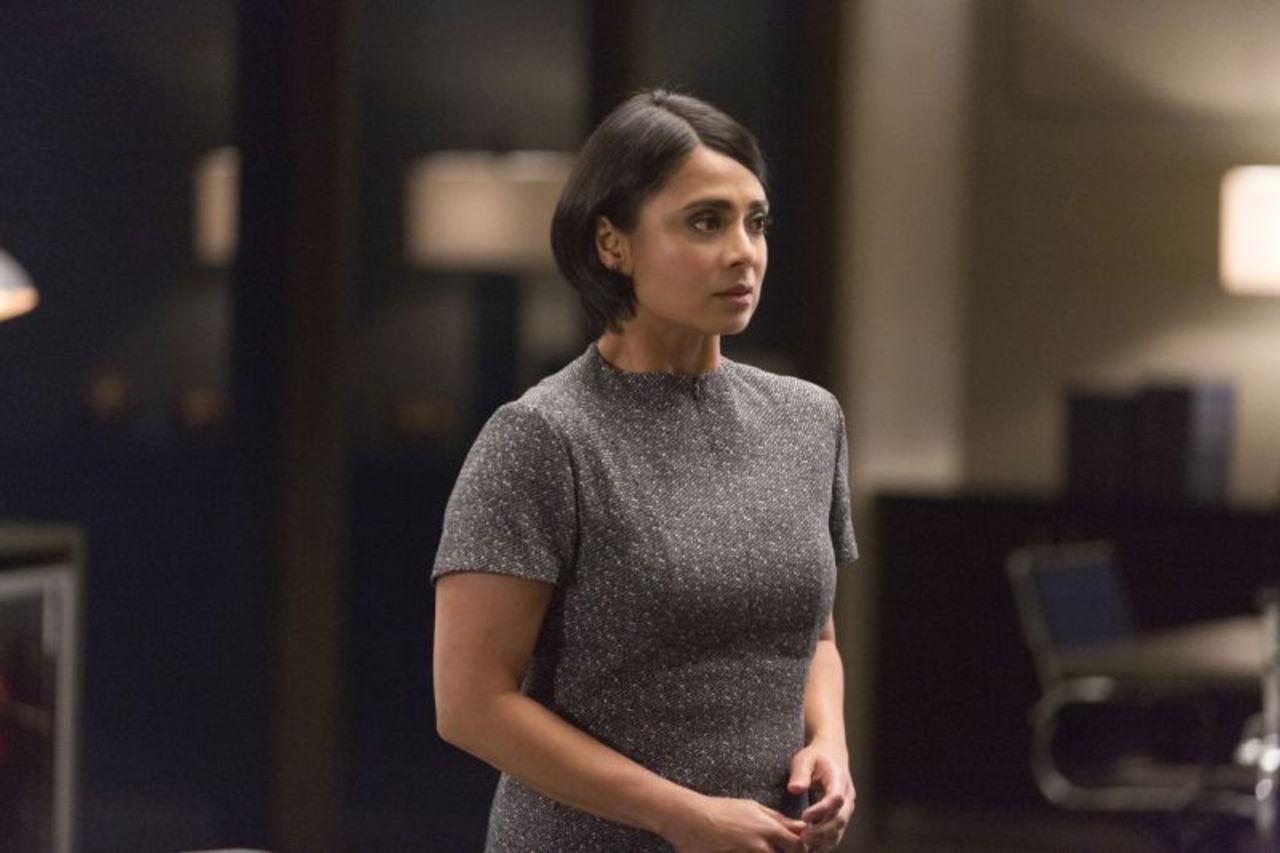 Clive comes to tell Liv and Ravi that Patrice Gold is involved with the murder of Ms. Cupps. They discover that the dog is the source of the deadly Aleutian Flu outbreak by using a spray on his bark collar. Clive, Liv, and Ravi believe that Chase is the person who ended up releasing the virus, but it turns out that it was Carey Gold who went behind the back of Chase Graves. She is the one who was behind all everything happening in the past. She was responsible for killing the Tuttle-Reids, Vivian, and setting everything into motion as it is now. As a result, Chase shoots the mutineers and Carey Gold. Despite his best attempts, the plan for D-Day is into full effect, and he must deal with the world Carey has created.

The FBI investigator, Dale has arrested Tanner and brings Clive in to see what is going on as she corners him intercepting brains, and involved with Blaine as well. Finally, Clive pulls a bad ass move, punches Tanner in the face and finally tells Dale that zombies are real and what has been happening. As Dale gets her vaccination, Clive learns that it turns everyone into zombies, but not in enough time to stop Dale.

As Seattle panics to get their Aleutian flu vaccine, they are unaware that everyone who gets the vaccine will be turned into a zombie. Liv uses this opportunity to track down Johnny Frost and make him report the issue with the vaccination. As the world faces the dawn of a new day, Chase Graves, and Fillmore Graves work to keep the peace between Seattle and the rest of the world. They ask for brain donations and make sure that the zombies stay under control. There is looting and many people are leaving Seattle. Meanwhile, Ravi has developed a potential vaccination for zombie-ism, and the show ends with Liv scratching Ravi and his labored breathing as the screen goes black.

This season finale was fantastic. It set up a whole new world for the writers and fans to explore next year with a world where people know about zombies. It seems that it will be much darker and different than anything we have seen before. It is great to see the show heading in a new direction while still honoring the roots it has created. We don’t know how our team will be divided if Ravi is a zombie or not, if Peyton is left as the only non-zombie in the group. The writers and creators have left us salivating and eagerly awaiting the return of iZombie for its fourth season.
Follow @ashleygmenzel 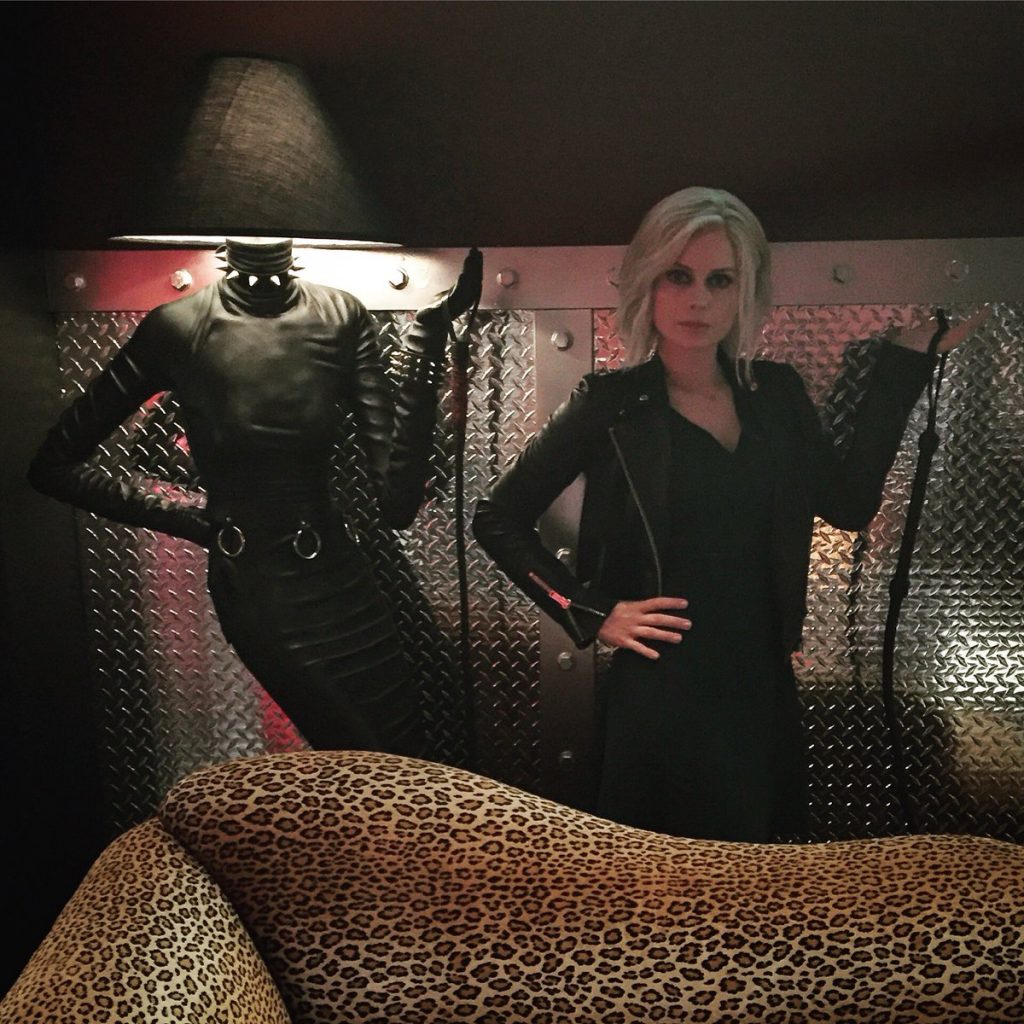