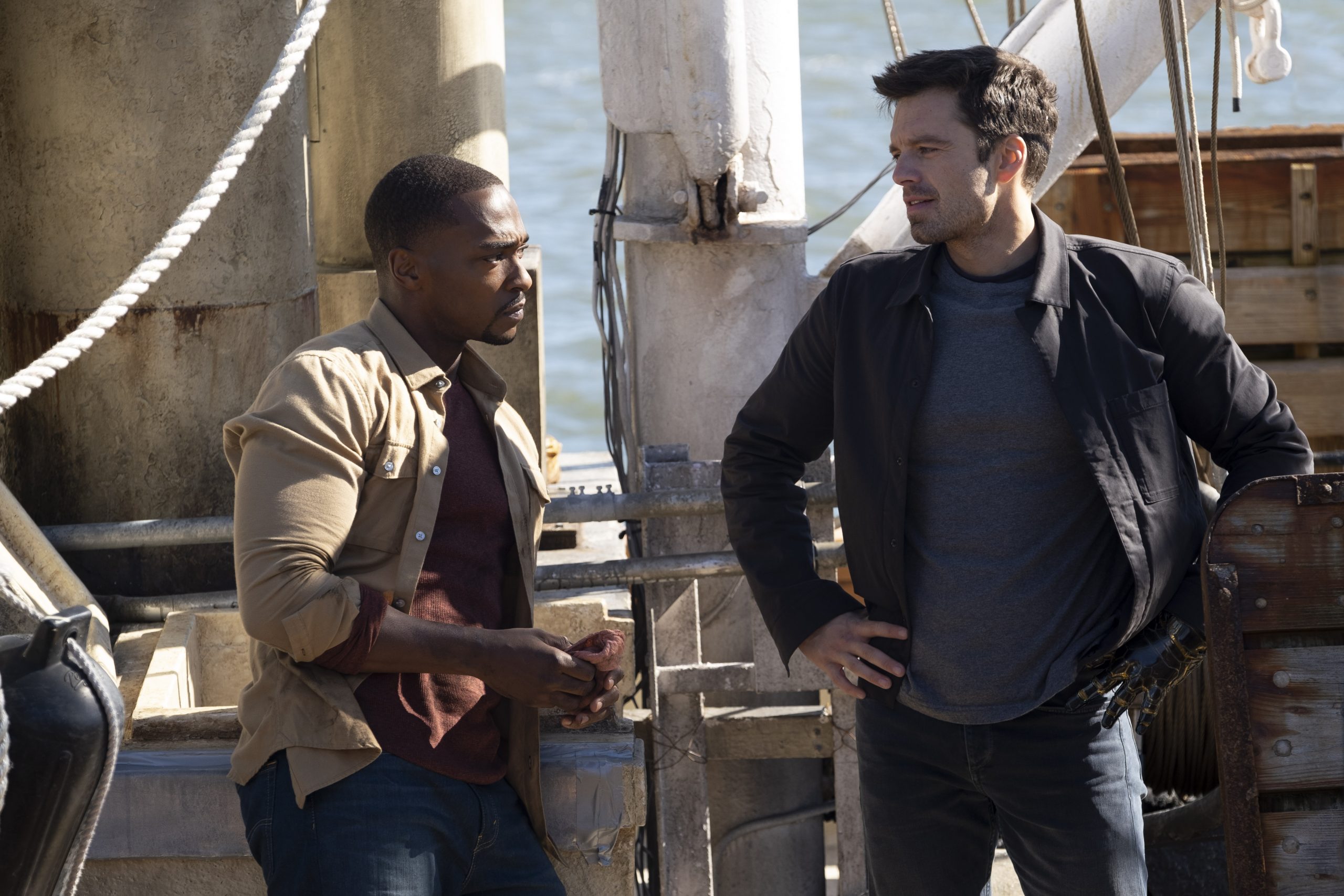 On Sunday, March 14, 2021, Disney and Marvel Studios held a virtual press conference for the new Marvel Studios Disney Plus series, The Falcon and The Winter Soldier. Prior to the press day, We Live Entertainment was given access to the first episode of The Falcon and The Winter Soldier episode entitled “New World Order.” This first episode was a promising start to this new six-episode series which will feature one new episode each week beginning today, Friday, March 19, 2021. During the virtual press conference, Sebastian Stan and Anthony Mackie were joined by director Kari Skogland, writer Malcolm Spellman, and producer and Marvel Studios superstar Kevin Feige to chat with the members of the press about their new series. Below are some of the key takeaways from the press conference.

When Feige was asked about the success of WandaVision and if it lead to Marvel Studios believing more in Disney Plus as a platform, he responded with:

“We were pretty committed even before that.  I mean, we’re in the works on 10 plus series and have been for a number of years now. It again is just another marker of us staying the course of the fans willing to go with us to new unexpected places, which is what excited us about the opportunity to do series on Disney+.  Um, and between that and Falcon and Winter Soldier that you’ll see soon, we’ve really been able to do that.  So it was a nice boost of confidence that we can continue down that path we started a few years ago.

When asked about how she approached creating this show, director Kari Skogland pointed out that she went into it more like she was making a six-hour movie rather than a television series:

“I approached this project like a film. From the beginning, we were making a six-hour film and we figured out where to snip it, uh, at certain hour marks. Malcolm and I did a lot of looking at shows and movies, but primarily movies that were in our paradigm because we have a buddy-cop kind of relationship going on, so we looked at some of those. I look at a lot of different influences to sort of help me put it into a box. I looked as crazy as David Lean or even, like, Midnight Cowboy. So, I really go very wide and then try to put it in a pot and sorta stir it and come up with something that is a unique signature for our look.  It was important, I think, that we respected that we were gonna be into peoples’ perspective and so we really had to go in deep character and be able to sustain that.”

When asked about Falcon being handed over Captain America’s shield and not knowing if he earned that right, Anthony Mackie had a lot to say about that:

“Sam went on this journey, this Avenger journey, over six movies with Steve, because of his respect and admiration for Steve. When Captain America shows up at your door, you answer it. In the movie, Captain America: Winter Soldier.  So, that being said, it’s the idea of not being able to go on these missions. Not being able to help his friend. There are still people out there that really appreciate camaraderie and friendship.  And Sam is one of those people. He enjoys his friend.  So, he doesn’t-just like everybody else, you don’t wanna see Steve Rogers go away.  You don’t wanna see Captain America go away. Because just like Captain America was your captain, Captain America was Sam Wilson’s captain.  So, you know, that’s why he says at the end of End Game, it feels like when he’s holding his shield, it feels like it someone else’s.  It feels like it’s yours. He was a fan, just like everyone else.  Because Sam Wilson, in all intensive purposes, is a regular guy that just won the lottery because you know, Black Widow knocked on his door and needed a place to hide.  And he fell in love and was hoping to have a spin-off with Black Widow.”

When Malcolm, Kevin, and Kari were asked about exploring important themes in the show such as PTSD, race in America, social-economical problems along with the action, Malcolm spoke about the following:

“I think a huge part of that was the process. In that, we didn’t just tackle one episode at a time.  We spent months just doing what we refer to it as vertical story-telling in features. Features are compressed time and immediate action, they all build towards one event.  A series allows horizontal story-telling.  And the rhythm of the story-telling is completely different in that, characters can befriend each other, fall out, and evolve in a much-in a much different way.  So, by focusing on that horizontal story, and spreading across all those themes you’re talking about. Spreading across where these characters’ journeys are gonna be before we even know what the individual episodes do.  It created that feeling that you’re talking about where there’s almost like this fabric that’s draped over the entire series.  And that was born from the process.”

When Kevin Feige was asked about the stories he wanted to tell, he had this to say:

It is taking advantage of the different story-telling medium that we have with Disney Plus, and what excites us in the room. What makes us interested, excited, what could happen at the end of an episode that would keep us interested?  Um, because, you know, we’re all fans within Marvel Studios.  So, it really is kind of, the same balance that we’ve been trying to strike for the last ten plus years.  And figuring out, yes, how to exceed expectations, but also how to subvert expectations. I’ve never thought of it in terms of what people want versus what they need. It’s just, how do you provide the best, most engaged level of story-telling to the audience?  And sometimes that is subverting what they expect.  Um, there are times where something comes up totally out of left field that even we weren’t anticipating.  Like, for instance, a aeronautical aerospace engineer, that is asked about and that turns into a whole thing. That was new to us.  But other than that, we’re usually quite in sync with what people are expecting, and either delivering on that, or surprising and subverting that.

Episode one of The Falcon and The Winter Soldier is now streaming exclusively on Disney Plus. 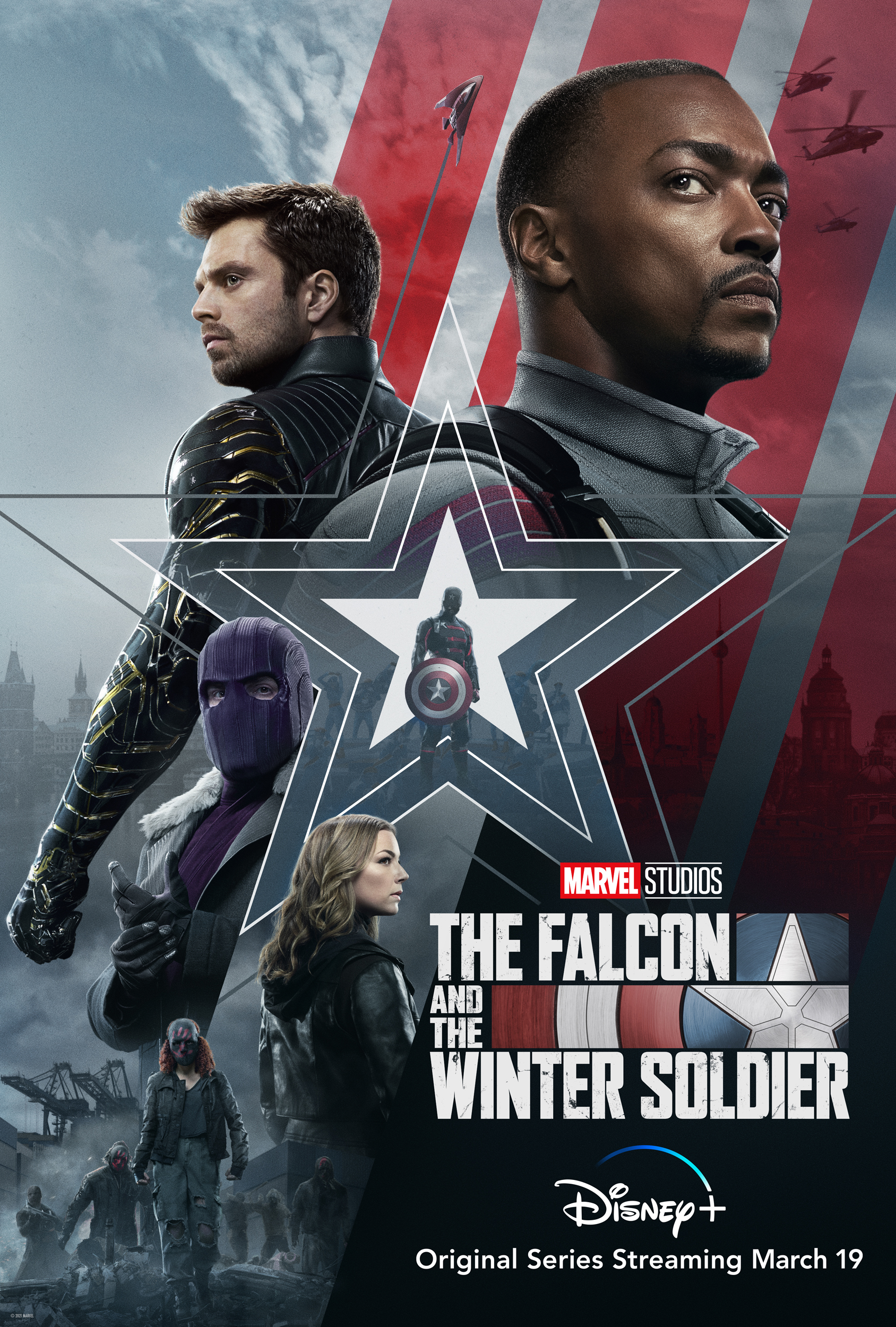 What We Learned From ‘The Falcon and Winter Soldier’ Press Day

Falcon and the Winter Soldier are a mismatched duo who team up for a global adventure that will test their survival skills -- as well as their patience.
0
Average User Rating
0 votes
Please sign in to rate.
TV Show:The Falcon and Winter Soldier
Cast:Anthony Mackie, Sebastian Stan
Director(s):Kari Skogland
Writer(s):Malcolm Spellman
Genre:Action, Adventure, Superhero
Studio(s):Marvel Studios
Network:Disney Plus