Another year, another reason for The Simpsons to get spooky. The “Treehouse of Horror” series rarely disappoints, from its introduction of Kang and Kodo (voiced by Harry Shearer and Dan Castellaneta) to its many Twilight Zone spoofs. Even thirty years on, The Simpsons finds movies and shows worth spoofing. Some episodes have risen to the top, and with all of them available in a special section on Disney+, here are some to check out before watching Treehouse of Horror XXXI which aired on November 1. 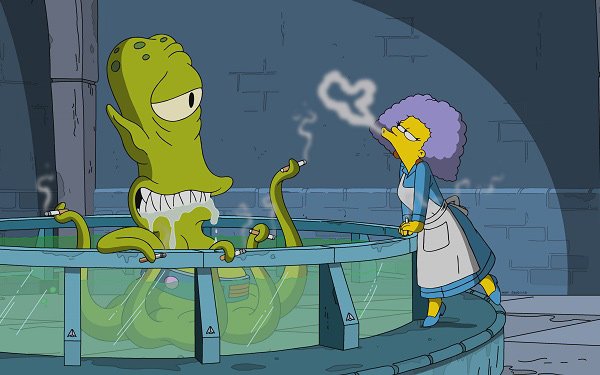 Any reason to put more Kang or Kodos into the story is a good thing. Subbing in Kang for the monster from The Shape of Water is brilliant. Letting Selma play the Sally Hawkins role is even smarter. The joke-a-minute formula adds a non-stop array of jokes that will surely have you laughing. The anniversary episode lives up to the standard set back around Treehouse of Horror XX, and continues a hot streak for the team. 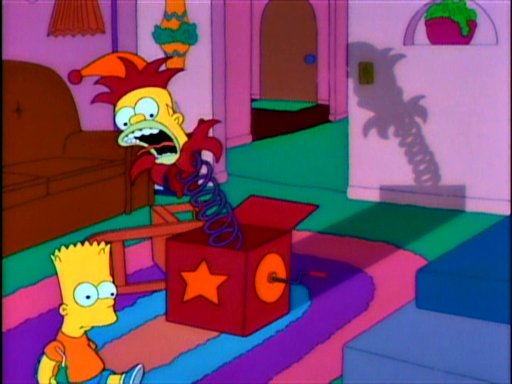 The best Twilight Zone parodies always seem to star Bart, and this was the first time the writers put it in his hands. Recreating the iconic “It’s a Good Life,” Bart controls the world thanks to unique superpowers. Whatever he wants, he gets. The fun twist on the episode comes toward the end of the story, showcasing the series’ ability to adapt any story to fit the world of The Simpsons. 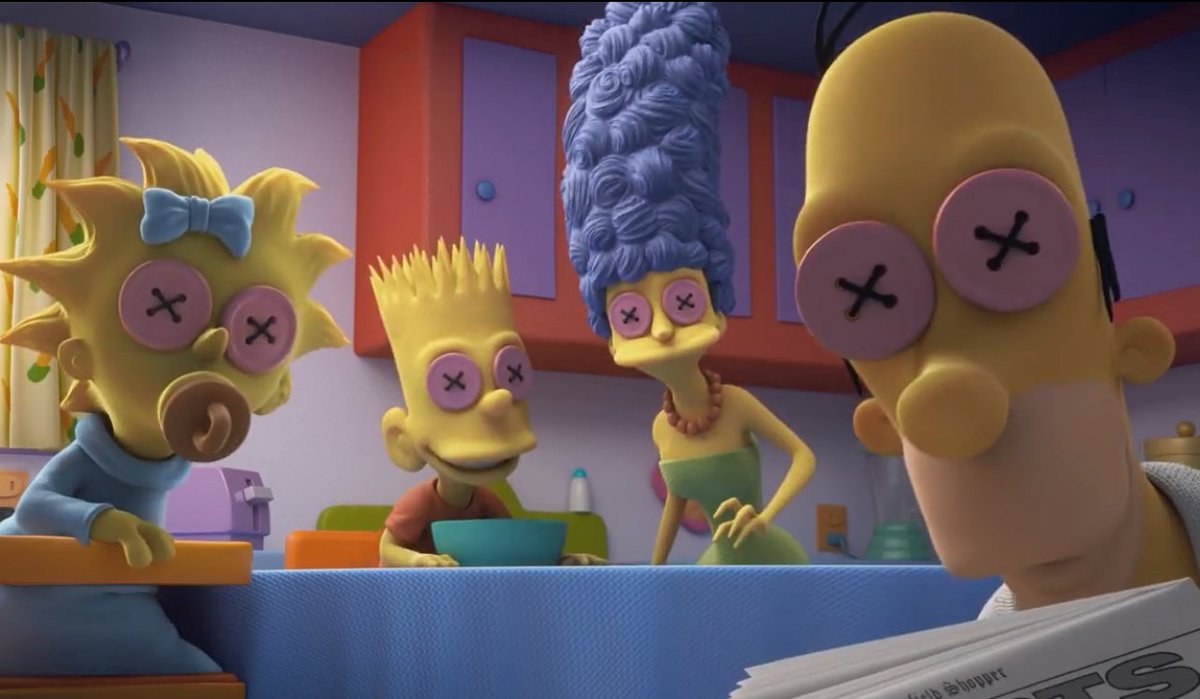 The Coraline parody allows the animators to stretch their budget. Combining the traditional 2D animation with a new, stylized 3D provides plenty of distinctions for the two worlds. The fun role of Snowball II in the story makes for fun, but the “Marge-Spider” remains a highlight. Of course, Homer is an inciting aspect in all 3 parts, but the weaker 3rd act focused on the patriarch lets down an otherwise great entry.

Best Segment – Send in the Clones 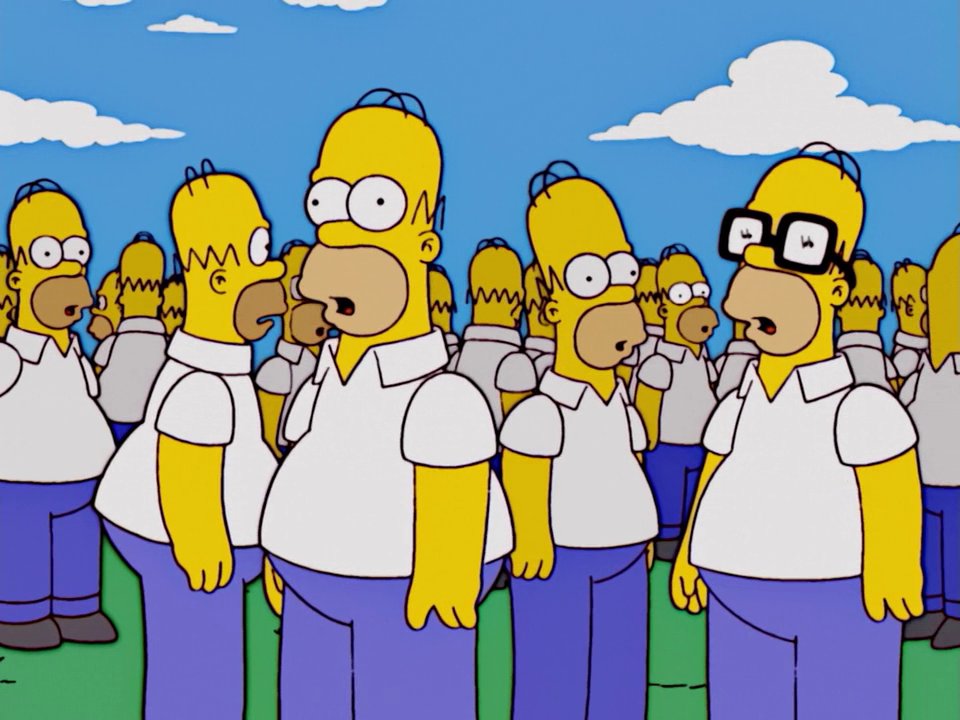 What’s better than one Homer Simpson? Dozens of Homers. The segment follows the basic structure of Multiplicity, but quickly makes its own turns. The gags are focused on Homer’s havoc, and considering his damage to the town on a regular day, this is quite severe. One of the best endings of any special, “Send in the Clones” remains delightful. 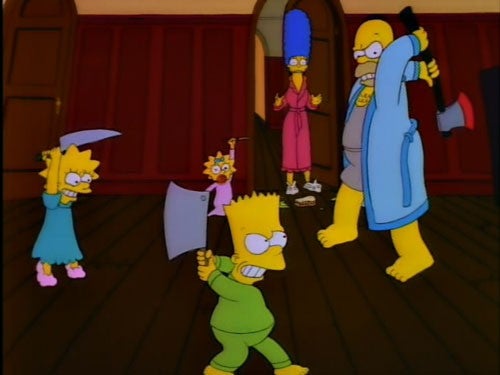 The initial offering in the Treehouse of Horror series proved the experiment could be successful. The straight retelling of “The Raven” with Bart and Homer allowed the show to shift tonally. “Hungry and Damned” introduced Kang and Kodos, which has clearly paid off over the decades. Yet “Bad Dream House” is truly funny. Drawing from Poltergeist and Amityville Horror provides the team with ample material. It hits many of the best beats of both films and skewers them to the point that it was pointless for Scary Movie to even try. 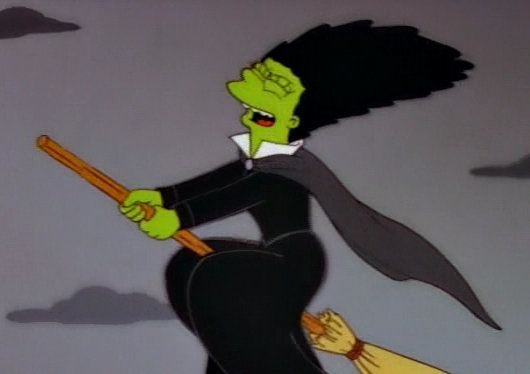 One of the earliest episodes to provide a period setting for its characters, “Easy Bake Coven” gives Marge a standout Treehouse of Horror. Witches and the trials at Salem provide plenty of standout comedic moments for the townsfolk. While the other residents of Springfield have certainly played a role in past Treehouse of Horrors, they were at their best here. The break from a narrative structure also helps the segment take some extra turns.

4.Treehouse of Horror XX – “Dial M for Murder, or Press # to Return to the Main Menu” (Hitchcock Montage), “Don’t Have a Cow, Mankind” (28 Days Later), “There’s No Business Like Moe Business” (Sweeney Todd) 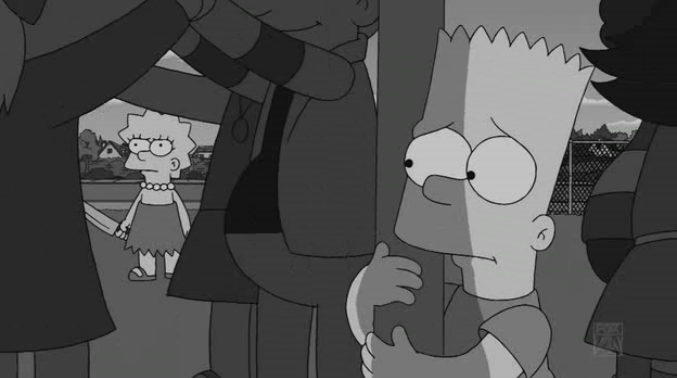 Complete with black and white animation and the score of Psycho, The Simpsons full-on dive into the films of Alfred Hitchcock is pitch-perfect. Complete with a Hitchcock cameo and plenty of montages, the master of suspense would be proud of the effort. Stylistically unique, especially in Sweeney Todd parody, this was easily the best Treehouse of Horror in years.

One of the more complete Treehouse of Horror series, the salute to all things zombie remains priceless. Hammering visual and verbal gags, “Dial Z” may have the best one-liner in the entire Simpsons franchise (“He was a zombie?”). Not to be outdone, “Clown without Pity” introduced the “Well this is your problem” gag that the series would mine for decades. Both segments are in the top 10 of Treehouse of Horror history, but the heights of our next two specials were undeniable.

2. Treehouse of Horror V – “The Shinning” (The Shining), Time and Punishment (“A Sound of Thunder”), “Nightmare Cafeteria” (Soylent Green) 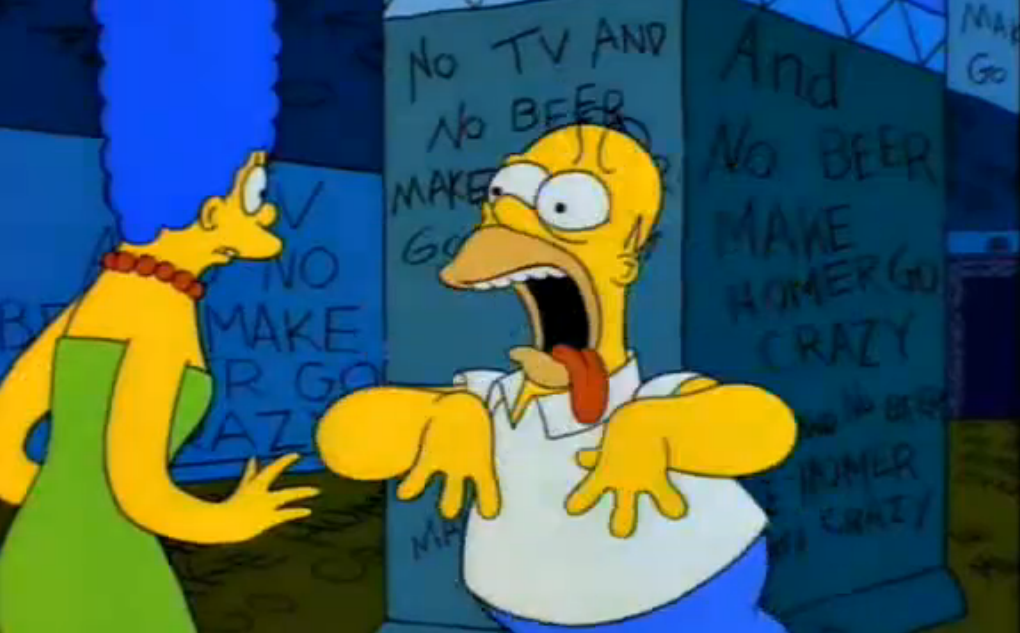 A nearly perfect homage to the iconic film, “The Shinning” benefits from its surrealist animation. The series was still in its infancy, allowing for less formalism than would later its quality. At the same time, the curvy writing and bending lines allow the episode to have some mighty powerful reveals. Few episodes are truly scary, but “The Shinning” hits the mark more than once. 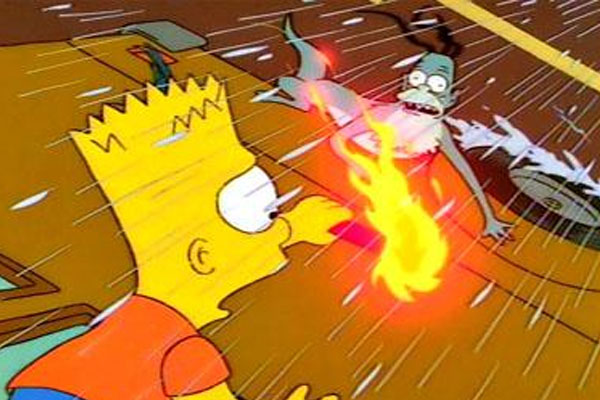 Undenibaly the best Halloween special, Treehouse of Horror IV is one of the very best episodes in Simpsons history. All three segments are in the Top 10 all-time Treehouse of Horror ranks, and each gets there a different way. “Terror at 5 ½ Feet” wows as a Twilight Zone parody. Building off an already great Bart-led segment the year before, his gradual turn towards insanity remains hilarious. “Bart Simpson’s Dracula” drastically reengineers the character’s looks while “The Devil and Homer Simpson” might be the best use of Flanders. This is the gold standard for Treehouse of Horror and may have set us up for unrealistic expectations for the years to follow.

What do you think is the best of the Treehouse of Horror? Let us know in the comments below!

Top 10: The Best of “The Simpsons” – The Treehouse of Horror Specials