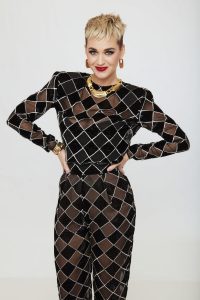 American Idol is back. Its new panel of celebrity judges includes Katy Perry, Lionel Richie and Luke Bryan. The trio were on a panel for the Television Critics Association to introduce the new American Idol and even these megastar musicians stayed after to talk more with press.

We Live Entertainment went after Katy Perry to hear her thoughts on judging other singers’ performances and any advice she has to offer. American Idol premieres tonight on ABC.

Q: Is there anyone you go to for advice?

Katy Perry: Yeah, I have a team that I’ve had that were helping me out with rent back in the day, three record labels back. So I really trust them and we’ve grown together. I trust them. My family. 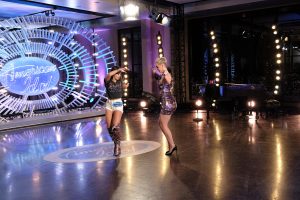 Q: Do you have something to prove joining American Idol?

Katy Perry: Well, I guess it’s a way for them to know me more again, because there’s an arc that happens. I think a lot of artists go and give a lot of themselves and then they bring it back, they hide because they have a lot to lose. Then they choose what they want to show the world. For me, I really, like sure, it’s a television show. I’m really happy to be on it but I get such a rise out of the feeling I get when I hear these people’s stories, these kids’ stories. It just reinspires me. It reminds me. It’s that reminder that I need, that I’ve needed to go, “Look where you came from. Look at what you did.” It just kind of puts new blood in my body. 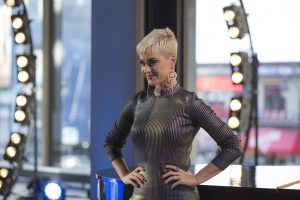 AMERICAN IDOL – “101 (Auditions)” – The gold standard of all music competition series, “American Idol,” will make its highly anticipated return to television as superstar judges Luke Bryan, Katy Perry and Lionel Richie set out on a journey across the nation to discover a new crop of inspiring talent with a touch of Disney magic, as it premieres its first season at its new home on America’s network, The ABC Television Network, SUNDAY, MARCH 11 (8:00-10:01 p.m. EDT). (ABC/Eric Liebowitz)
KATY PERRY

Q: Are you going to Mexico?

Q: What do you remember about last time you were there?

Q: Is Lionel kind of the dad of the group?

Katy Perry: For sure. He’s the major dad, dad/chaperone. Luke and I are like brother and sister. Lionel will be telling a story about Prince, he’ll be telling a contestant about it. We’ll be preparing a whoopie cushion. He’ll come to sit down after he’s told this beautiful story. 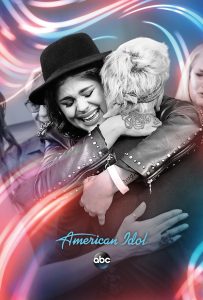 Q: How gratifying is it when a contestant is fawning over you?

Katy Perry: When people sing back the words that you’ve written that have been so personal to you and almost sometimes you’re scared to put them out there. They sing them back with such confidence believe, you’re like oh God, I’m not alone in my own problems. It makes me feel connected to humans and at our primal state, all we want is connection. It’s the only reason why we do anything that we do.

Q: Did you watch American Idol?

Katy Perry: Some. I haven’t watched all of it. I wasn’t watching a lot of TV in general. I was just hustling, busting my bum. I really think, everybody has their own opinions on these shows and there are a multitude of them, but I don’t want to be super shady but you can name 10 people at least that have come off of American Idol that have legitimate careers, that put out music, that have changed their journey, their destiny, affected people’s lives. They’re real artists and I don’t think you can say that about any other show. Every other show you’re like, “Who came off of that show? What artist was it?” Whatever. It’s not about that and that’s what it is. It’s really about finding an American Idol. 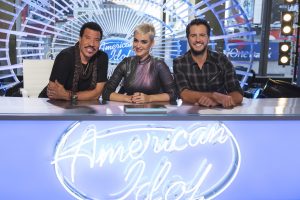 Q: When you performed on American Idol, what went through your head?

Q: Have you changed the direction of your career and music? 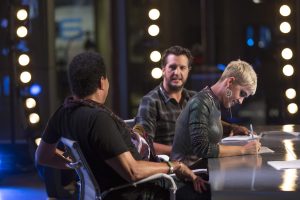 AMERICAN IDOL – “101 (Auditions)” – The gold standard of all music competition series, “American Idol,” will make its highly anticipated return to television as superstar judges Luke Bryan, Katy Perry and Lionel Richie set out on a journey across the nation to discover a new crop of inspiring talent with a touch of Disney magic, as it premieres its first season at its new home on America’s network, The ABC Television Network, SUNDAY, MARCH 11 (8:00-10:01 p.m. EDT). (ABC/Eric Liebowitz)
LIONEL RICHIE, KATY PERRY, LUKE BRYAN

Q: What are your favorite costumes on stage?

Katy Perry: All of them. Light up ones, edible ones, shimmery ones.

Q: How have you kept your life so personal and private?

Katy Perry: It’s really like walking a tightrope. You don’t have to answer any question. You’re not under oath. So you don’t have to answer questions and you don’t have to leave breadcrumbs all over social media if you want to. Some people do that and need that. It’s a tool and all that stuff. Listen, all the fame stuff is just a byproduct of what I do. It’s not what I sought out to do. I just wanted to tell stories and sing and connect with people.

Q: What makes you happy? 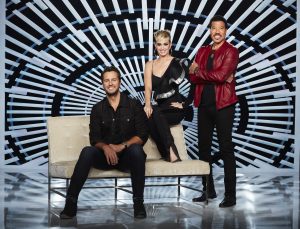 Katy Perry: The pursuit of happiness.

Q: How much do you keep for yourself?

Katy Perry: Well, I did a live streaming event where I live streamed myself 24 hours around the clock for four days. So I basically showed all of it, enough of it. It was a way to break a barrier. In a way it was to show people that they can do it too. If they see themselves in me in any capacity, then they can realize their dream. I’m just a human being, flesh and blood. In a way I do think you want your heroes to be super authentic but then again you also want them to be super sparkly too. It’s a fine line. It’s a fine line of being a magician and a human. 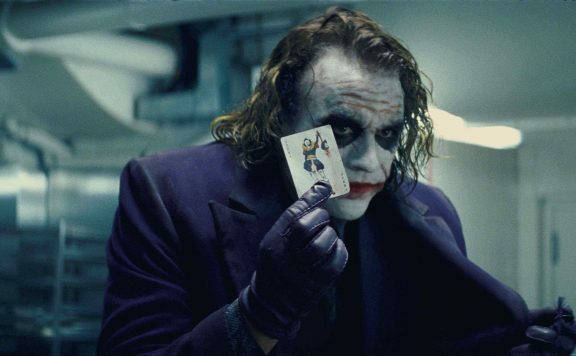