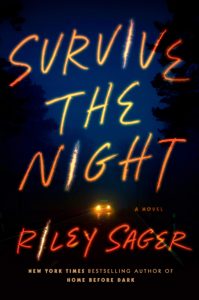 Behind the wheel is handsome Josh Baxter, a stranger college student Charlie met via the college rideshare board. They’re both headed in the same direction for the holiday break, each going home for their own reasons. On the dark, lonely road, they share their stories and talk about the subject dominating the news—the Campus Killer, a mystery man who murdered three students, including Charlie’s roommate, Maddy.

Traveling the highways and byways between the university and their final destination, Charlie begins to notice discrepancies in Josh’s story. Something’s just not right about this guy. He’s too good-looking, too glib. As she begins to plan her escape from a man she feels certain is the killer, she starts to suspect that Josh is onto her. A game of cat and mouse is about to play out. To win, Charlie must do one thing: survive the night.

Riley Sager is one of my favorite novelists. Sager, who uses a pen name, has written five tales of suspense that follow familiar tropes—a young woman is placed into a dangerous situation, and slowly, she works her way through. In Survive the Night, Charlie is named after a character in the Alfred Hitchcock film, The Trouble with Harry. She and her onscreen counterpart share similar traits and find themselves lost in the shadows of doubt. While Sager’s stories rely heavily on a formula, I enjoy his books because he’s good at creating three-dimensional characters, and there are always a few twists towards the end. Totally crazy, over-the-top twists, but that’s okay—they’re all in fun, and certainly, his books are not meant to be taken too seriously.

Survive the Night is set in 1991, which makes sense because if Charlie had a cellphone, the book would be over after the first chapter. Still, even without technology, Charlie isn’t very resourceful. Even after she suspects Josh of being a heinous murderer of young women like herself, she passes up several perfect opportunities to escape. Josh stops at a toll booth. She doesn’t get out. He parks at a rest stop so she can use the ladies room. She gets back in the car. And so on. Sager adds a strong element of self-doubt and maybe even mental illness—Charlie sees “movies in her mind” and therefore, her perception of reality is blurred—but I still wasn’t buying it. Fortunately, the last few chapters of Survive the Night are true page-turners with twists, implausible though they may be, you will not see coming.

Overall, I enjoyed this book because I am a fan of the author’s writing style. If Survive the Night is ever adapted for the screen, I suspect I’ll like it a lot more. A couple of hours trapped in an onscreen car while one of the characters is hallucinating will translate better than over 300 pages of the same.

Fans of old-school horror/suspense flicks like A Kiss Before Dying, and The Hitcher will definitely get more out of this book than the casual reader. 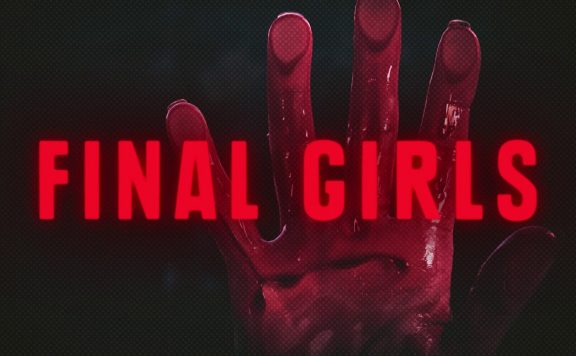 It’s November 1991. Nirvana's in the tape deck, George H. W. Bush is in the White House, and movie-obsessed college student Charlie Jordan is in a car with a man who might be a serial killer.
0
Average User Rating
0 votes
Please sign in to rate.
Writer(s):Riley Sager
Genre:suspense