Dwayne Johnson rocked the fans on Saturday when he appeared in the DC FanDome for the Black Adam panel. “I’ve been waiting for this moment for a very long time. This is the one. This is the one that is going to change everything. This is Black Adam,” the actor said as he introduced a concept animation sequence. The footage, which was narrated by Johnson as Black Adam, gave fans a look at the character’s origin story, beginning as an enslaved member of the nation of Kahndaq over 5,000 years ago.

“I can promise you all this, I will give my word, that we will go beyond your wildest expectations,” Johnson promised the audience about the new film. “Look, at the end of the day I truly have one boss that I aim to please and that boss is you the fans. It’s always audience first in my book.”

Johnson has been developing a Black Adam feature film for over ten years, and the actor discussed the project’s long journey and why he wanted to play the character. “As many of you know, Black Adam has been with me for a very long time,” he said. “This is a project that has been in development for a very long time, over ten years. This has been in our DNA for such a long time. One of the main things that I have always loved and admired about Black Adam is that he is an anti-hero. I love that the line is a little blurred. I love that he doesn’t toe the mark and doesn’t know the line. I love that he has his own sense of Black Adam justice.” 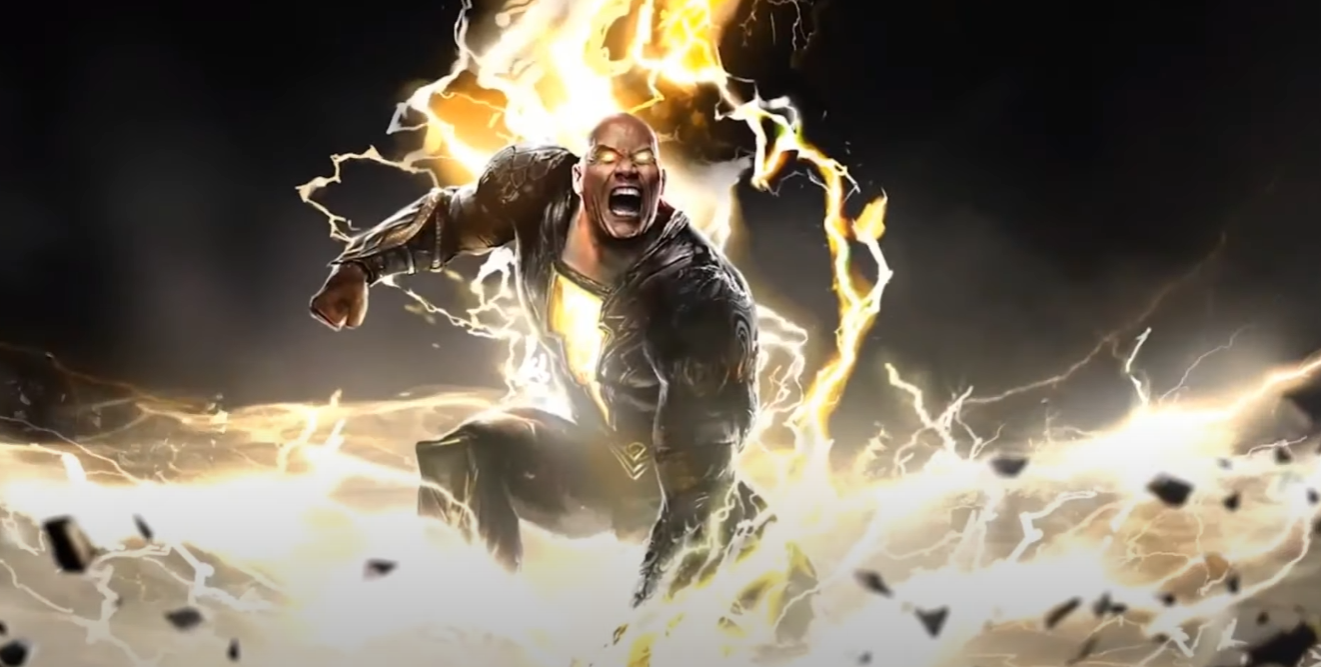 “I also love the fact that his origins are that of a slave,” Johnson continued. “When the origins are that of someone who was enslaved, his people were enslaved, his family was enslaved, he feels the pressures of a larger entity holding him down until he can’t take it anymore. When you come from that place, there is a different vibe that you have. So, I’ve always loved that about Black Adam, which informs how he operates, how he sees justice, how he delivers justice, and I’ve always appreciated that about him.”

The popular actor also talked about how powerful Black Adam is, and how he is different from other characters in the DCEU. “As we all know, Black Adam is one of the most powerful characters in the DC Universe,” said Johnson. “But as we all know; DC superheroes have to exhibit restraint when it comes to taking care of the bad guys. But this idea that you can take all of Black Adam’s powers and he does not practice restraint, that makes for a really powerful combination. One that is explosive, very dangerous, and very cool, to me at least.”

Answering a question from the fans, Johnson discussed which current DCEU characters he would like to see Black Adam possibly team-up with in the future. “My number one choice of who to team-up with would be Wonder Woman,” answered Johnson. “I’ll tell you why. The character of Wonder Woman is one that I have such a tremendous amount of respect for. I have always thought that this combination of Wonder Woman and Black Adam makes an incredible pairing. The other part of this answer is I always thought it would be cool to hang out with Superman. We are kind of similar, in terms of our powers, our strengths, and our speeds. Because at the end of the day you never know. Black Adam and Superman could become friends, or they won’t. Who knows? Maybe we’ll see.” 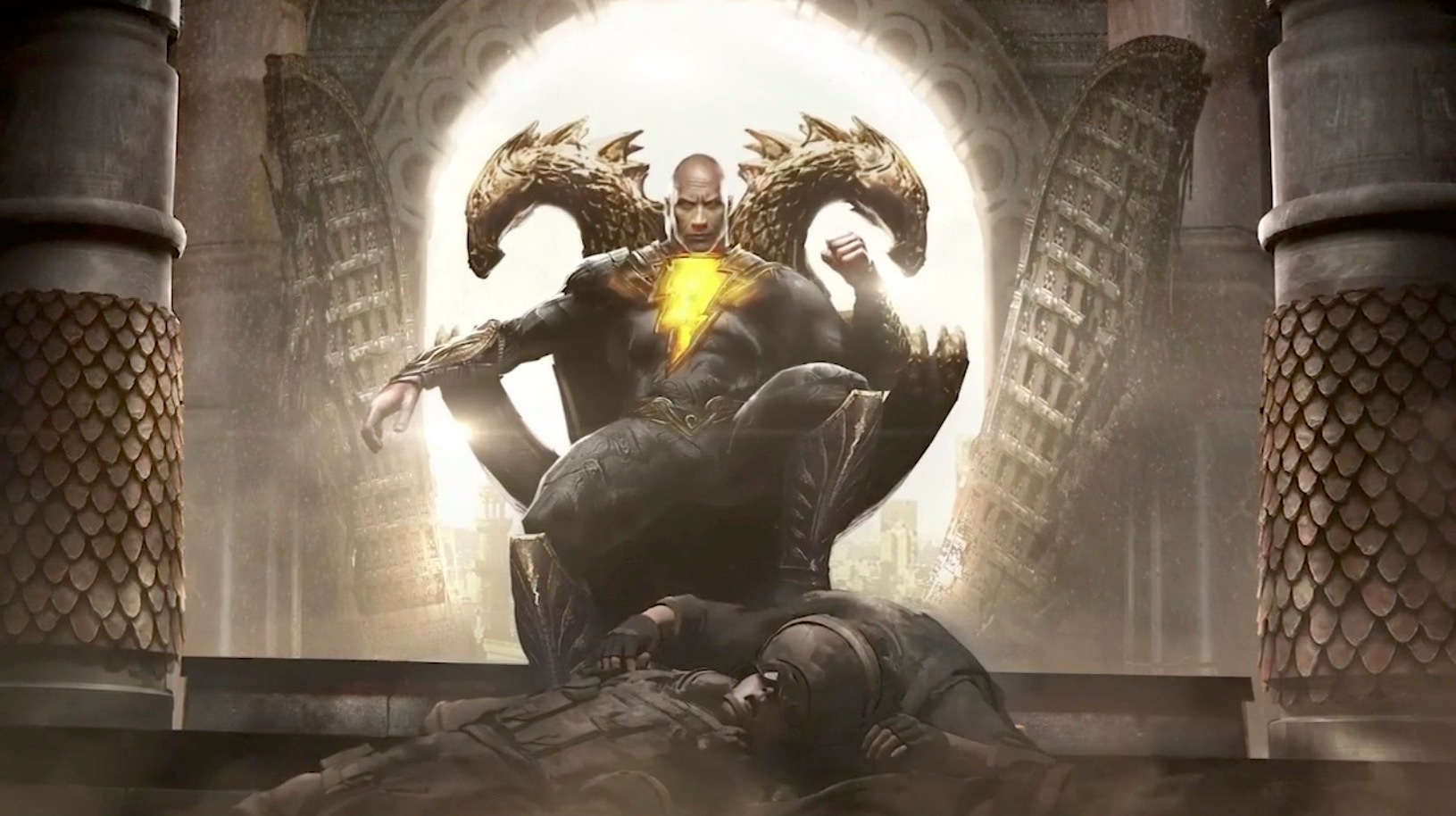 Johnson then introduced actor Noah Centineo, who will play Atom Smasher, a member of the Justice Society that goes up against Black Adam. Johnson asked Centineo what he likes about the character and why he wanted to play him. “I think Al Rothstein (Atom Smasher’s real name) really has something to prove, especially with his lineage,” explained Centineo. “His grandfather was a villain, and he has quite a spirit to help. What I love about the character is that he goes through a transformation throughout the film where he is not expecting to be a superhero, since this is his first mission. It kind of hits him across the face, so it’s this journey that he goes on to find out what it means to be a hero. He really gets to see someone like Black Adam who takes a different approach to solve a problem with bad guys. It’s an exciting character. It’s a new character and a fresh face, and I don’t mind being the size of the Empire State Building,” he joked alluding to his character’s powers.

Finally, Johnson confirmed that the Justice Society in Black Adam will consist of Hawkman, Doctor Fate, Atom Smasher, and Cyclone. He shared with the audience another concept animation sequence that revealed what the Justice Society members would look like. The footage once again had Johnson narrating as Black Adam saying, “They call themselves the Justice Society. An organization that believes in fighting for truth and justice. I’m going to teach them that the only beliefs I fight for, are my own. Welcome to truth, justice, and the Black Adam way.”

In closing, Johnson had this message for the fans of the DC Universe. “I need you to help me get a message out to some of the other DC superheroes,” the actor said. “Let’s let Flash, Shazam, Aquaman, Wonder Woman, Batman, and Superman, let’s let them know something. Things will never be the same because the hierarchy of power in the DC universe is about to change. “