“There are a couple of toucans, and if we had another, we would have a six-pack!” That is just one of the iconic puns made famous by the beloved Jungle Cruise attraction at Disney’s theme parks and can be expected to be found in the new big-screen adaption of the ride, which opens in theaters and on Disney+ with Premiere Access beginning July 30th.

The new film is directed by Jaume Collet-Serra (Non-Stop) and takes inspiration from Raiders of the Lost Ark, Romancing the Stone, and Pirates of the Caribbean. Jungle Cruise stars Dwayne Johnson (Jumanji: Welcome to the Jungle) as Captain Frank Wolff, and Emily Blunt (Mary Poppins Returns) as adventurer and scientist Dr. Lily Houghton, who hires Frank to take her and her brother (Jack Whitehall) downriver and into the jungle in search of the mysterious Tree of Life. In addition to Johnson, Blunt, and Whitehall, the film also features Edgar Ramirez (Point Break), Jesse Plemons (Judas and the Black Messiah), and Academy Award-nominee Paul Giamatti (Sideways).

We Live Entertainment recently had the pleasure of attending a virtual press conference for Jungle Cruise at Disneyland, along with other press members, and got to hear firsthand what Dwayne Johnson and Emily Blunt had to say about their new movie.

The press conference began with Johnson and Blunt relitigating the now-famous story that the actor-formally-known-as-The-Rock had to really woo the A Quiet Place actress to get her to agree to do the film. “I just wanted to play a little bit hard to get, and that’s fine,” explained Blunt. “Well, let me give our friends here just some context as to what happened,” said Johnson setting the record straight. “So, our director, Jaume Collet-Serra, was flying to New York to meet Emily and to hand-deliver the Jungle Cruise script. I said, ‘I’m going to send you a video, and just give her the video from me.’  So, I gave her this video, and, in the video, I said, ‘Emily, you are the only one who can do this movie.’ 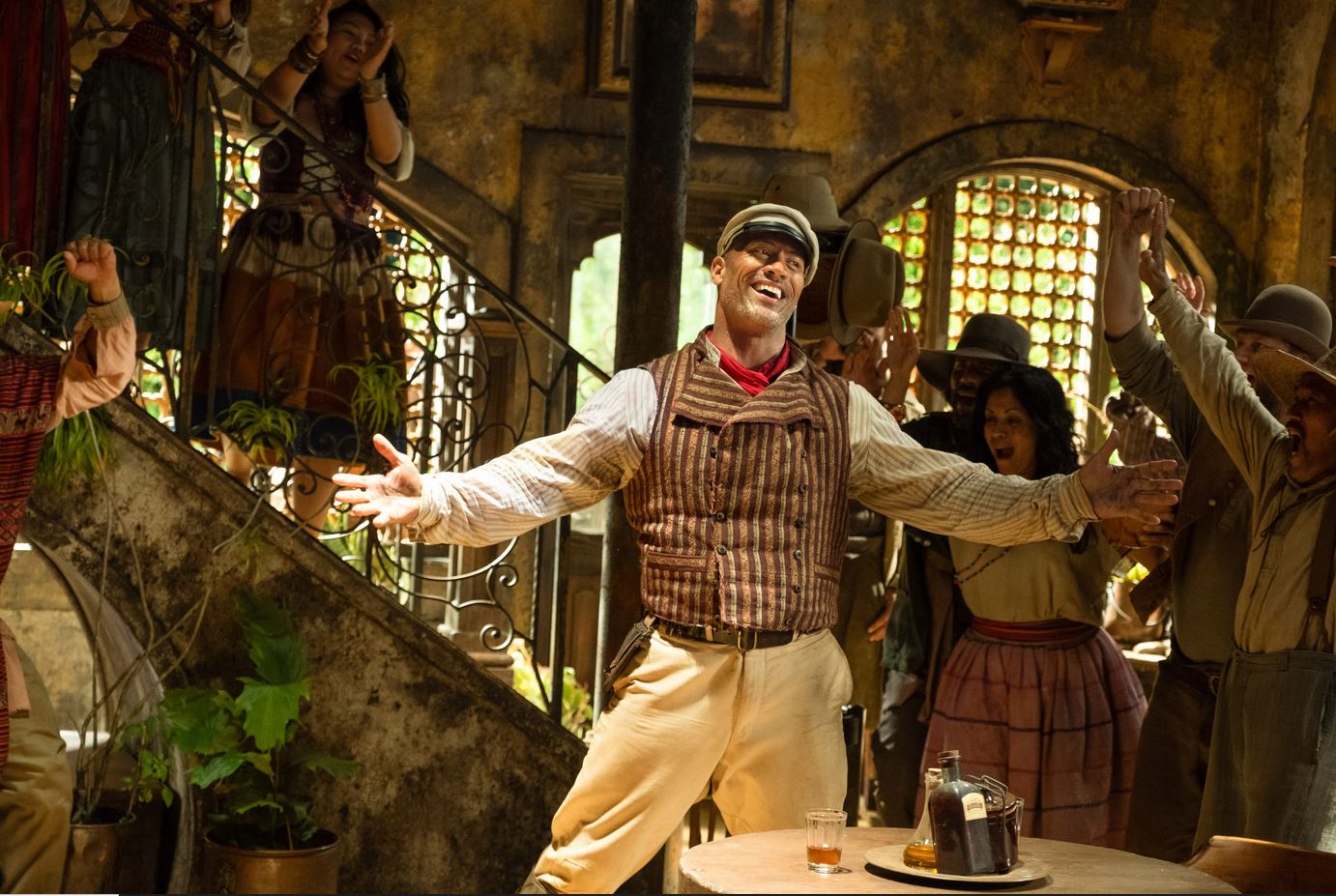 The duo also discussed their on-screen chemistry and how much they enjoyed working together on set. “It was instant,” explained Blunt. “We were pals for life immediately. I knew it when we met. We had this rapport that ping-ponged back and forth so quickly. I just thought that we were going to have a good time.”

“It’s very true, and then, you hope to get lucky with your cast, and you like to try to have some chemistry,” added Johnson. “Emily and I have been talking a lot about chemistry these past couple of weeks doing press, and at times, you fake it because you’re acting, but … I have been faking,” the actor joked. “And I will continue to fake it too!”

Next, Johnson discussed the screenplay by Michael Green, Glenn Ficarra, and John Requa and why the actor/producer wanted to make a film adaption of the popular Disney Parks’ ride. “The script was in a really good place, and I immediately just saw the potential of the opportunity,” said Johnson. “That opportunity was to take a beloved and iconic Disney ride that opened in the park in 1955. This was Walt Disney’s baby! So, there were many elements that I felt comfortable with saying, ‘Yes, I will come on board, I’ll partner with you guys, and we will develop this thing.’ We got it to a really great place. And again, to bring it back around to Emily, the next step after finding our director was finding my co-star.”

“I had ridden the ride when I was a kid, and many moons later, I went to Disney World for the first time and road the ride there as well,” continued Johnson. “So, it had a nostalgic element to it when it was first presented to me. But also, really the opportunity that we had to create something that was hopefully unique and special. When you think about it, these elements that we have here, you hope to get lucky in your career and have an opportunity like this where you can make a movie that’s based on an iconic ride that’s beloved, with the most trusted brand in the world when it comes to delivering entertainment for families. So, many of those elements really spoke to me, and it started with the script and our director. He is a romantic and a worldbuilder. You know, this movie wrapped, I think, in 2018, and since then, Jaume Collet-Serra has been working on it and editing this movie, as well as working on our next film, Black Adam. So, we feel like he’s Hollywood’s best-kept secret, and we have him locked up for the next twenty years,” Johnson laughed.

Blunt also talked about the joys of making an adventure-comedy for the entire family to watch and working with director Jaume Collet-Serra. “It has been immensely rewarding,” she said. “Tonally, we just needed to strike a chord that was really well-crafted, and that we curated with so much love, and was made in the spirit of the films that we all grew up watching. I mainlined those movies into my veins. I just loved Raiders of the Lost Ark, Romancing the Stone, and The African Queen. They are just joy bombs, and they’re nostalgic, and I think we just needed to pierce people’s hearts directly with the spirit of those films that we all loved as children.” 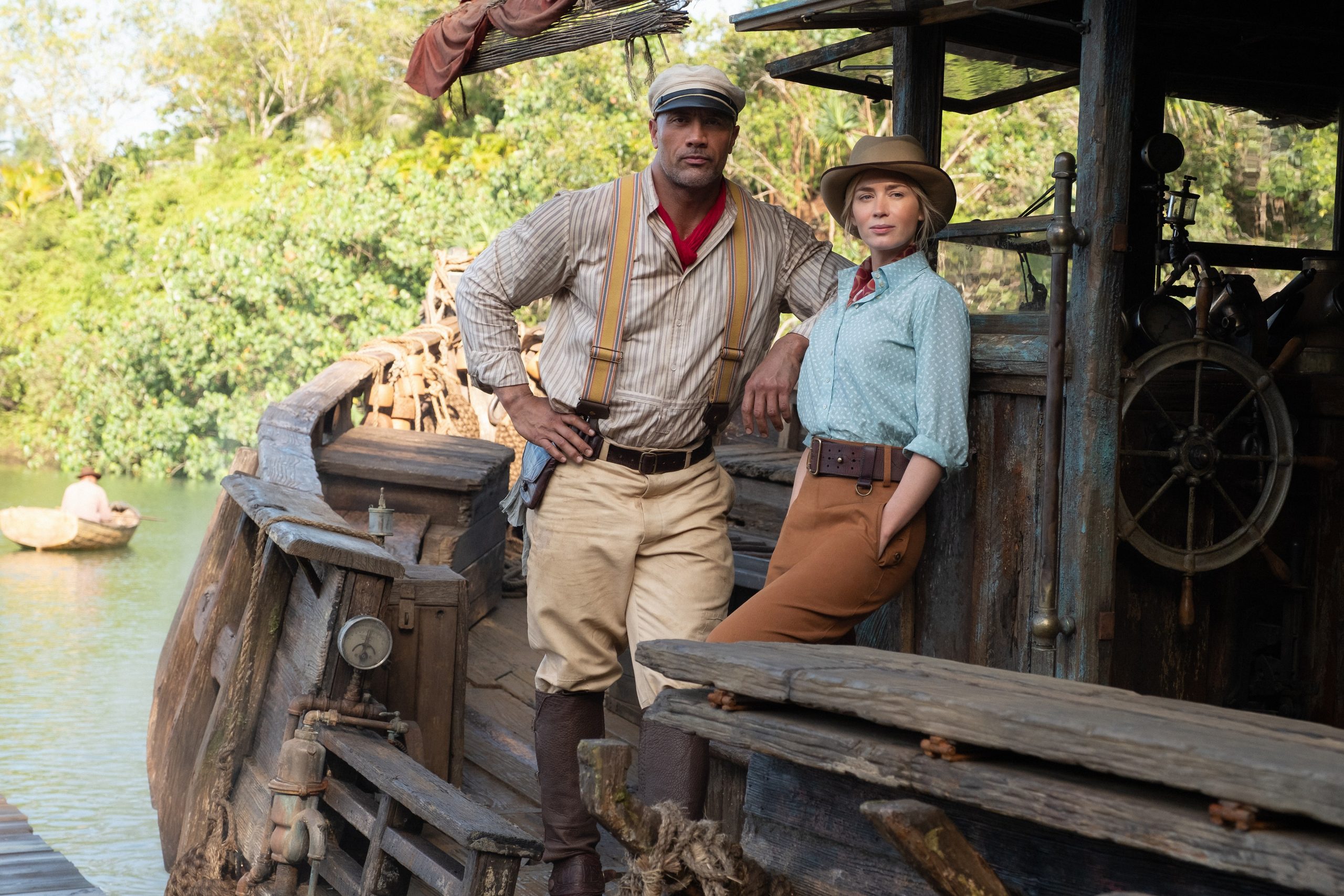 “It just took a lot of tempering and beautiful conducting from Jaume, who was just extraordinarily free-spirited with us in this massive spectacle of a movie,” Blunt continued. “He’s such a world builder, which you need for those adventure movies. But I know when Dwayne and I first met Jaume, we both asked him the same question. We asked him, what do you feel this movie’s about?  I always ask a filmmaker before I’m about to sign on because I want to know what the movie’s about. He said, ‘It’s about love.’ It was so perfect because he could’ve talked about all the action, the spectacle, the myths, the legends, and all of that. But that’s when I knew in Jaume we had an innate romantic and a world builder, and that’s what you need for this type of movie.”

Finally, We Live Entertainment’s own Editor-In-Chief, Scott Menzel, had an opportunity to ask Johnson and Blunt which stunt in the film was the most difficult to shoot. “The vine swing,” the actress answered. “For me, it was the most challenging because Dwayne would not let me get one straight take in. He pushed it so far every time to try and make me laugh on that vine swing. We shot that all day. We didn’t get one straight one. But every time, I was like, tell me what you’re going to say this time so that I can be prepared. Every time he’d throw in some awful improv that would make me laugh, and so I don’t know how many times we must have shot that.”

“It was that heroic vine swing that you think you know, where the hero grabs the lady with that intention and takes off and goes to save the day. Then, of course, it just goes to hell because I don’t save the day. So, the guy who thinks he’s a hero, actually, is trying to save the real hero,” added Johnson. “So, Scott, I think to answer your question, between the big heroic and non-heroic rope swings, for me personally, the action with the Conquistadors was really challenging because those guys were dressed in their costumes, so they fight differently, and there’s a different energy to those sequences.”

Jungle Cruise is now playing in theaters and on Disney+ with Premiere Access. 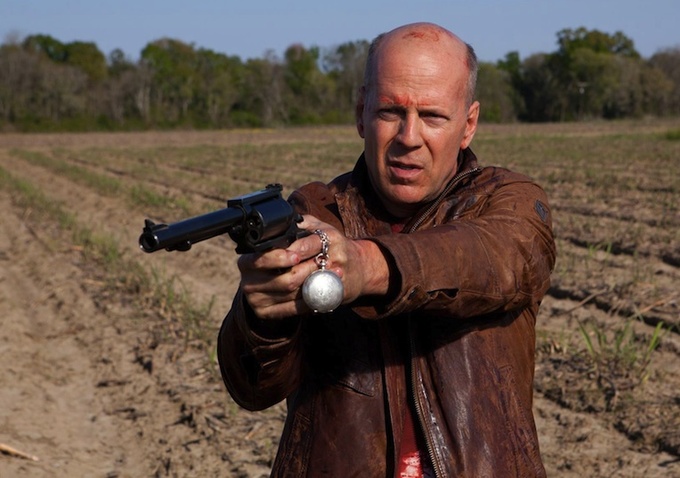 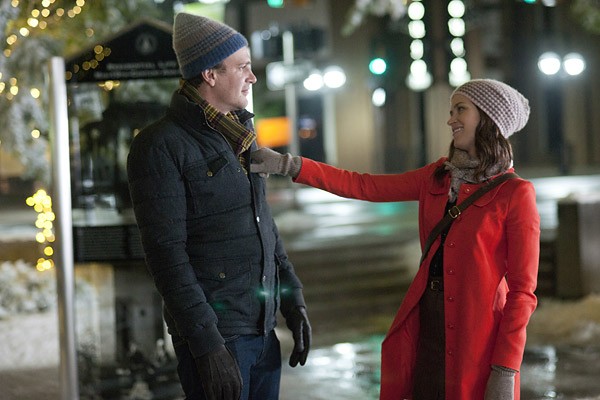 Based on Disneyland's theme park ride where a small riverboat takes a group of travelers through a jungle filled with dangerous animals and reptiles but with a supernatural element.