Ever since the Fantastic Beasts and Where to Find Them was released in 2016, the franchise has faced several off-screen controversies – from screenwriter J.K. Rowling’s comments about the transgender community to Ezra Miller’s recent actions – that have left the sparkling reputation of magical escapism damaged. Even if that weren’t the case, Where to Find Them‘s sequel, The Crimes of Grindelwald, was marred with mixed/negative reviews criticizing its convoluted story and lacking the same magic the Harry Potter films had. Still, Warner Bros. intends complete the five-film Fantastic Beasts series, regardless of the swirling toxicity that surrounds it. And for what it’s worth, Fantastic Beasts: The Secrets of Dumbledore represents a step in the right direction for the franchise, even if it’s a stumbling step that takes too long to make.

Set several years after the events of The Crimes of Grindelwald, the dark wizard himself (now played by Mads Mikkelsen) has recruited a large following of wizards and witches who share the same belief that muggles are a threat to magical society. But Grindelwald has hatched a plan that would clear him of his crimes. He’s also scheming his way into the election of the new President of the International Confederation of Wizards through shady deals and secret alliances. But for this plan to succeed, he will need his most loyal followers to complete critical tasks. One mission sees him dispatching Credence Barebone (Ezra Miller) to capture a newborn Qilin – a creature that is vital to the election process.

Meanwhile, Albus Dumbledore (Jude Law), who cannot move against his former love, has recruited Newt Scamander (Eddie Redmayne) and his team to stop Grindelwald from succeeding with his plan. But with the dark wizard’s power of foresight, it would be nearly impossible for Newt to make any move without him seeing it. As such, Dumbledore adds mo-maj Jacob Kowalski (Dan Fogler), Newt’s older brother Theseus (Callum Turner), American witch Professor Lally Hicks (Jessica Williams), and French wizard Yusuf Kama (William Nadylam) to the team. Though they understand the objective and the stakes, the group operates with chaos and unpredictability to confuse Grindlewald’s foresight. Though the intent is to keep the audience and characters off-balance, it does so in a way that doesn’t benefit the film. And because there are other subplots to consider, it makes it much harder to keep track of what’s going on. Of course, we could chalk it up to Dumbledore being his mischievous self. But you can only take that mindset so far. 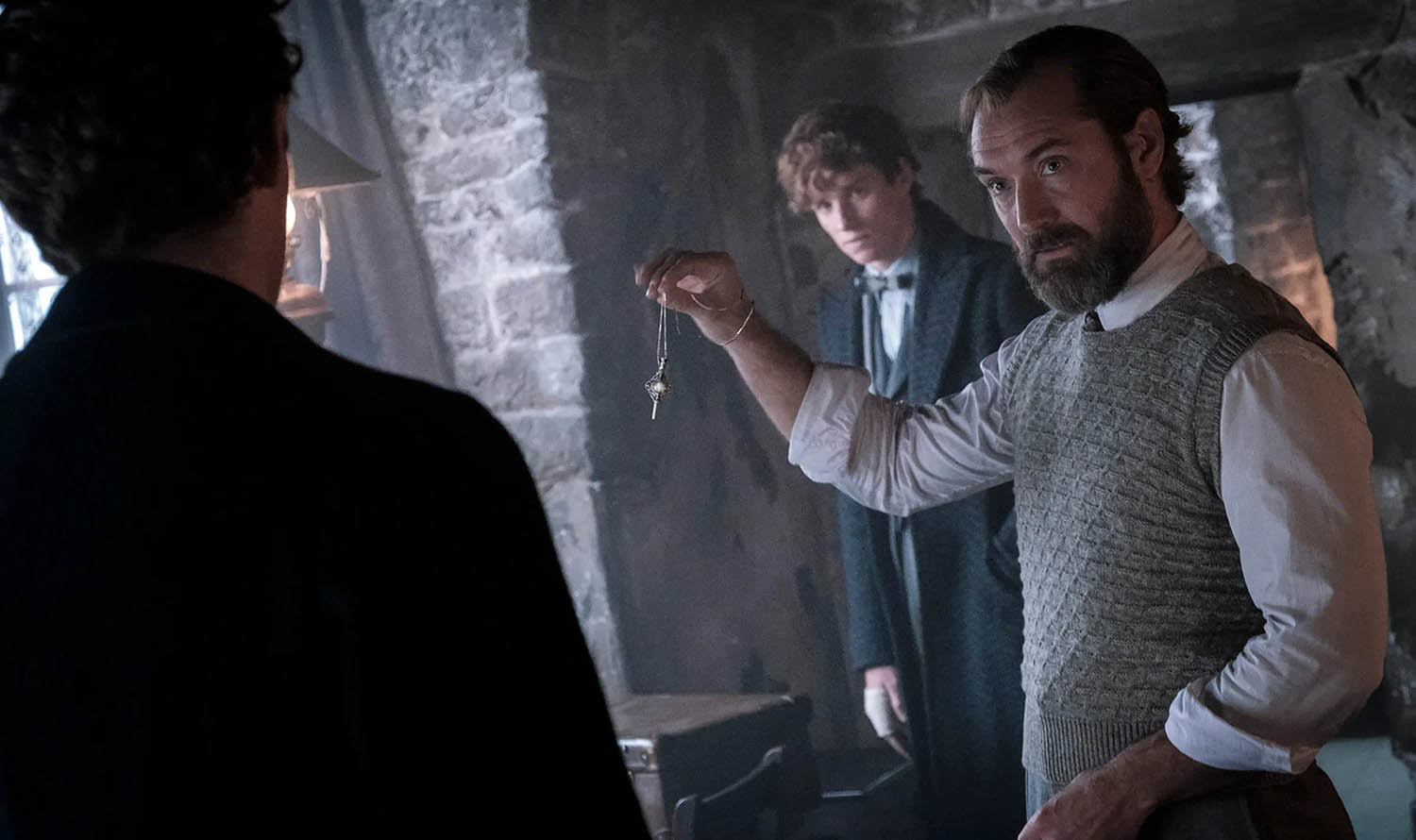 The Secrets of Dumbledore also has some spy elements, heists, shell games, prison escapes, family drama, assassination plots, and secret alliances that add to the drama, making the sequel one of the more complex chapters of the Fantastic Beasts series. But it’s not as cohesive as it should be because none of those subplots significantly affect the story. Although, to be honest, losing any of those minor subplots wouldn’t be of much consequence seeing how the film is supposed to be about the title and less about whatever it is Rowling is trying to convey.

Of course, with a sequel like Fantastic Beasts: The Secrets of Dumbledore, there will be a lot of new and familiar creatures appearing and plenty of secrets revealed. The former introduces us to Qilin, a scaly deer-like creature with plenty of tangibility despite its CG look. Given Newt’s empathy towards magical animals, it’s no surprise that he cares for them and to see the lengths he goes to protect them when Creedence attacks. But since Newt is not so much of a fighter and he is outmatched, he is easily defeated. But fear not, Newt discovers that the mother Qilin gave birth to twins, which makes protecting the one he has even more important.

Additionally, Pickett and Teddy return for more significant roles and some minor comic relief. Though they get their moment, that’s all it is. One singular moment where they use their size and behavior to help Newt break Thesus out of a dark and dank prison filled with manticores — small but deadly, lobster-like creatures. Watching Newt swivel in conjunction with the manticores is quite funny at first, which gets funnier when he convinces Theseus to do the same. And their reactions to what happens when they don’t or when their magical light goes out provides some thrills, making for a more exciting action sequence.

But as for those big secrets that the title promised, they don’t exactly live up to expectations. So much of this film’s plot revolves around Newt and his team trying to stop Grindelwald and wizarding politics that by the time the film gets to talking about these secrets, we forget that there was one, to begin with. The Secrets of Dumbledore doesn’t give itself a chance to explore how politics work within this realm or why the election process is so important. One must wonder why such a series can go on with little to no narrative direction and if any of it expands the Wizarding World as initially intended.

While The Secrets of Dumbledore gives us more of a chance to see the future headmaster of Hogwarts in his younger but still very mischievous self, it turns the reluctant hero Newt into a supporting character in his own film. Just as the sequel doesn’t appear to be interested in its titular secrets, the film doesn’t care so much about Newt, who has no arc and is given very little to do. Though there are some opportunities to explore him, whether through the photo of Tina Goldstein (Kathrine Waterson) he carries around or his relationship with his brother. Still, the film never takes advantage of that because it’s busy trying to figure out where it wants to go, forgetting who the star of the film is supposed to be. The franchise feels like it has shifted away from discovering these creatures, who are becoming less inspired and less magical with each new introduction.

Despite some of these flaws, some positives help The Secrets of Dumbledore be a superior film to its predecessor. For one thing, the performances are slightly better now that Law is given somewhat more to do. He’s playful but also wise. A bit of a rebel, but one with an objective. And because the film spends most of its time on the scattered subplots, we don’t get to see nearly enough of the characters nor care about their objective. Tina is reduced to being a photo on Newt’s briefcase. And the reason why she is sidelined amounts to lazy writing. Yusuf is tasked to spy on Grindlewald, but the film isn’t invested in that either. Even the family drama subplot between Aberforth and Albus Dumbledore acts as filler. 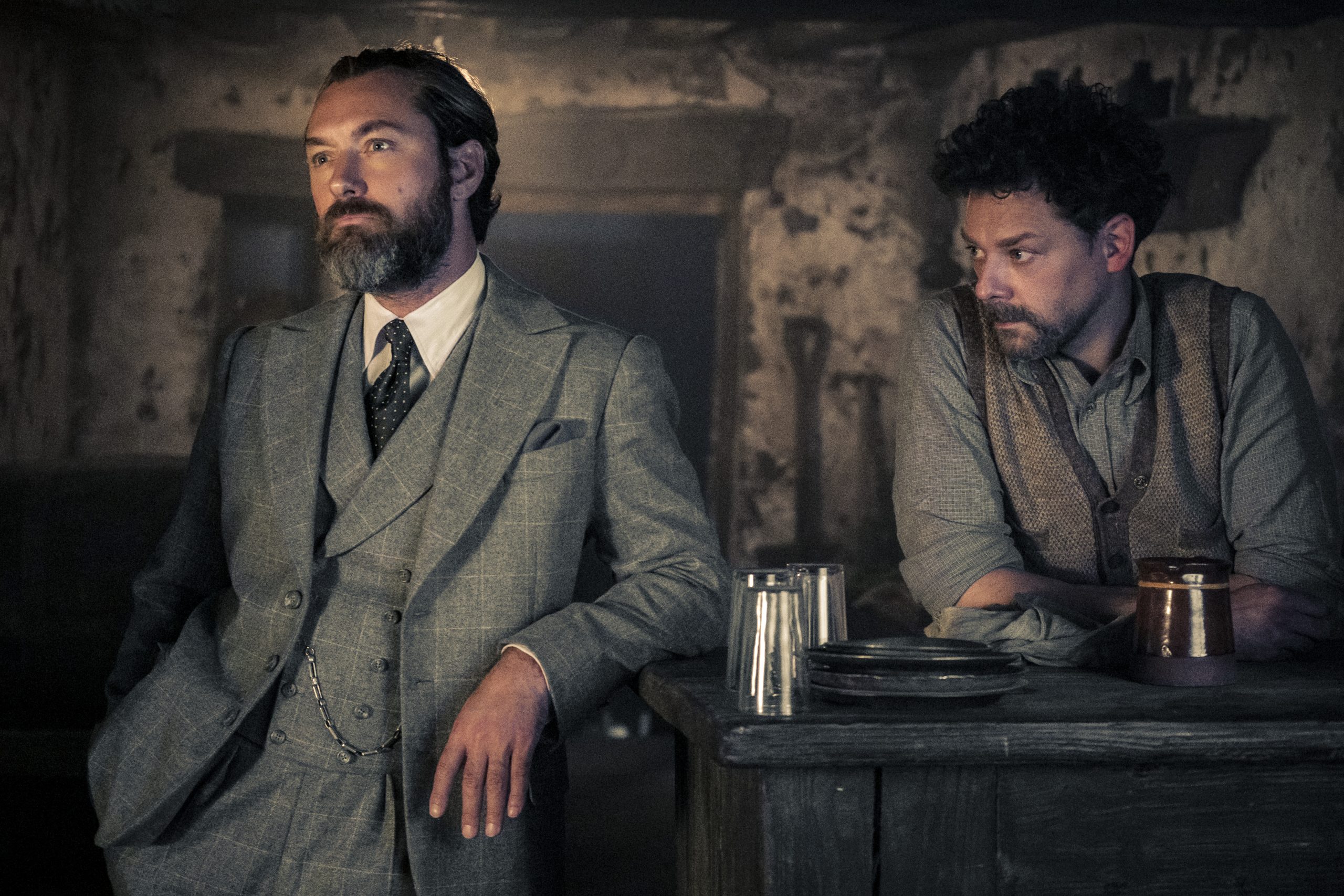 If anything, the one constant that keeps the Fantastic Beasts series interesting is Dan Fogler’s Jacob Kowalski, the no-maj who has no business being involved in wizarding affairs. And yet, he still finds himself in the middle of it, making for a more delightful dynamic between himself and whatever wizard or witch he is paired with.

The delightful baker has fallen on hard times since his beloved Queenie (Alison Sudol) left him to be a part of Grindlewald’s faction – a drama that seems to resolve itself just as quickly and with little to no effort. Finally, however, he gets a chance to prove himself as a confident hero when he sees a young woman in distress. Honestly, he’s the best character to understand everything that transpires, considering he’s just as confused as the audience.

But rather than revisit that “wizard and the no-maj” dynamic we saw so much of between Newt and Jacob in the first two films, we get to see it with Lally and Jacob. The duo brings a different kind of comedic energy to the film, one that doesn’t treat Jacob as the bumbling fool but as a hero with a heart of gold. Lally has this charm, sense of adventure, and wit that draws audiences into her orbit. She helps mine Jacob’s untapped confidence and uses just a little bit of that harmless magic to convince him he is worthy of being a part of Dumbledore’s team. And to watch Jacob mumble around like any no-maj would when offered to go on a magical adventure provides a few good laughs.

While the Fantastic Beasts series was meant to expand upon the Wizarding World by exploring new locations outside Hogwarts, there is hardly any world-building. Even with the promise of visiting New York, Paris, and Germany through the lens of wizards and witches, everything about it feels cold and distant. It lacks any distinguishing features to make themselves stand out from each other. Not only that, we are whisked to these locations for no rhyme or reason other than to move to story along conveniently. Each teased site serves no real purpose other than to let audiences see what the characters are seeing. None factor into the narrative. Even the final set-piece lacks the excitement that would make anyone want to visit these supposedly extraordinary worlds.

Though Fantastic Beasts: The Secrets of Dumbledore doesn’t have the same magic as Fantastic Beasts and Where to Find Them, it is still a far better cinematic effort than The Crimes of Grindelwald. Sure the series may have shifted away from expanding the Wizarding World through Newt’s global search around these magical creatures, but at least its newfound focus on Dumbledore’s story gives us a better idea of what to expect from the series from here on out. But even if the love and hate relationship between Dumbledore and Grindelwald leads to a war that would change the course of wizarding history leading up to the Harry Potter films, I would like Fantastic Beasts to be more about its title and save some of the other drama for a separate series.

Fantastic Beasts: The Secrets of Dumbledore opens in theaters on April 15, 2022. 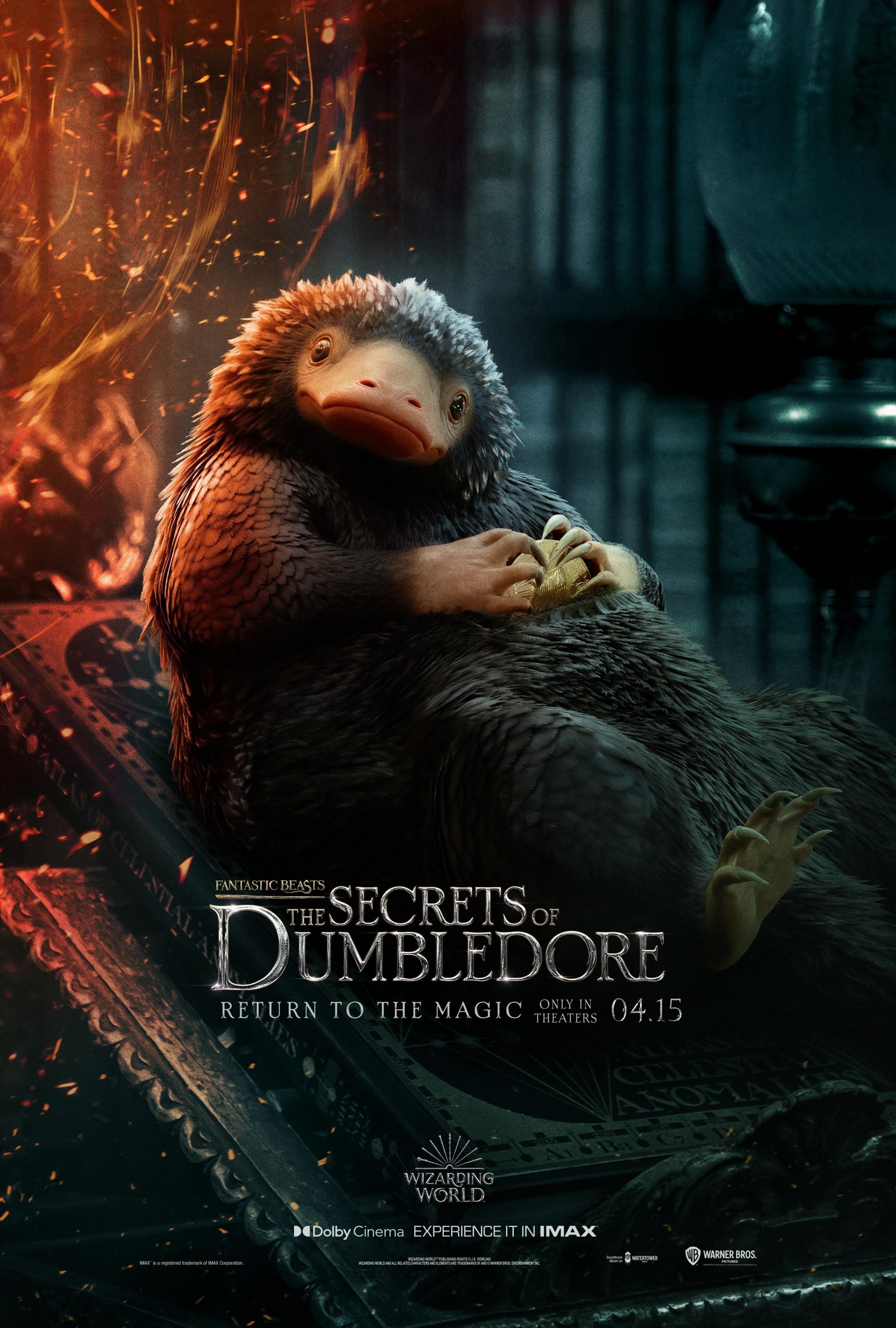 ‘Fantastic Beasts: The Secrets of Dumbledore’ Review: Not Quite As Fantastical But Still Magical