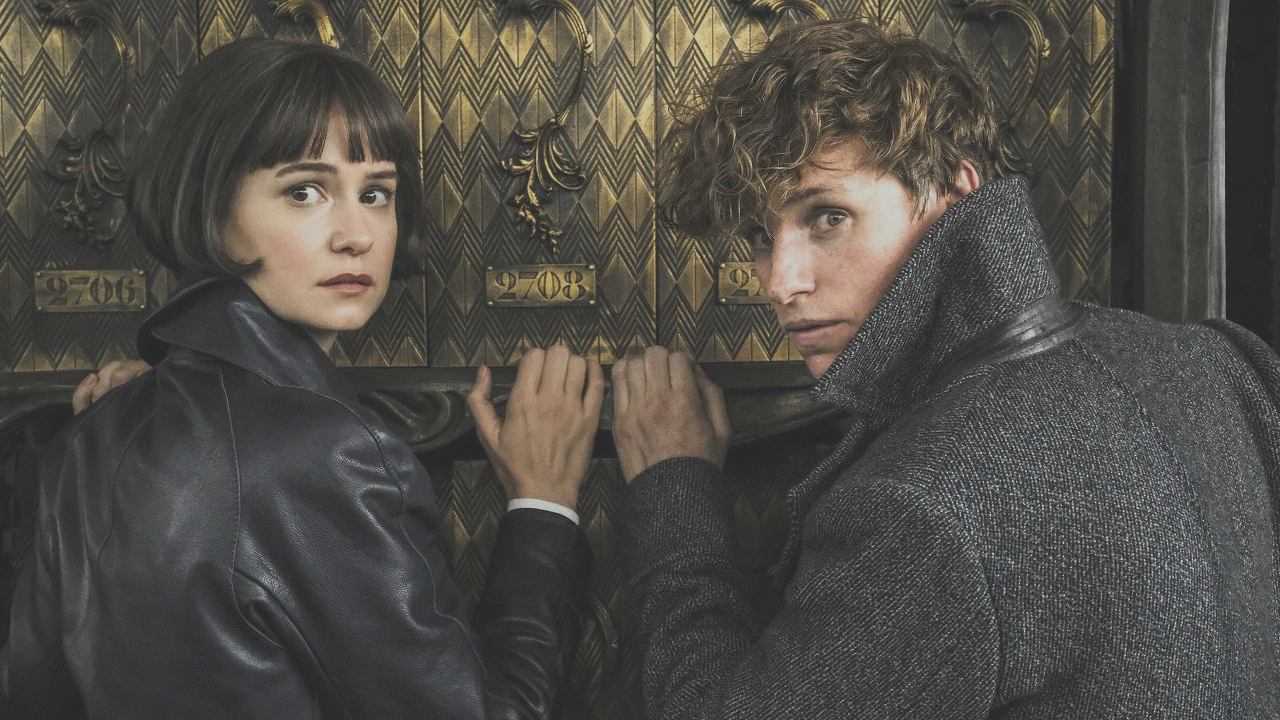 ‘The Crimes of Grindelwald’ Conjures Wizarding World Back in Right Direction

Two years ago, Fantastic Beasts and Where to Find Them did very few favors to recapture the magic of Harry Potter and his extensive “Wizarding World.” Nine installments down, J.K. Rowling’s lush mythology was struck by its first narrative setback. In the second installment, Fantastic Beasts: The Crimes of Grindelwald intends to ditch the magical Pokemon GO and vague sinister threats for a more menacing chapter with greater stakes on the line.

Charismatic dark wizard Grindelwald (Johnny Depp) has escaped the custody of the American Ministry of Magic. With his eyes set on the troubled orphan Credence (Ezra Miller), Grindelwald’s impending terror now extends beyond the Wizarding World. The Muggle community is equally affected by the dark wizard’s aspirations. Eccentric magizoologist Newt Scamander (Eddie Redmayne) finds himself recruited by Albus Dumbledore (Jude Law) to stop Grindelwald’s plot in Paris. Despite not being one for taking sides, Newt obliges the Hogwarts professor, who for personal reasons refuses to move against Grindelwald.

Warner Bros. and Rowling outlined Fantastic Beasts as five installments. With three more films planned out, it’s anyone’s guess which direction future chapters will take. The narrative obviously isn’t as rich or as compelling as the seven Potter novels. And that’s the unfortunate curse of prequels. Just ask Star Wars or The Lord of the Rings fans how their prequel experience went. Like the first film, the overall structure of Fantastic Beasts does take a while to get accustomed to, but flows a bit more confidently this time around. Yes, The Crimes of Grindelwald exercises its vast world-building skills, making up for the muted experience in Where to Find Them. In doing so, Rowling beefs up The Crimes of Grindelwald with one subplot after another. By the time the credits roll, you swear you’ve watched enough material to cover Fantastic Beasts 2, Fantastic Beasts 3 and maybe even part of Fantastic Beasts 4.

SEE ALSO: Review: Fantastic Beasts: The Crimes of Grindelwald is a Magical Must-See

One of the gnawing concerns coming out of Where to Find Them was the lack of chemistry between Newt and company. Harry, Ron and Hermione remain a high benchmark. However, Newt, Muggle Jacob (Dan Fogler), dark wizard catcher Tina (Katherine Waterston) and her sister Queenie (Alison Sudol) gel tenfold in The Crimes of Grindelwald. Fogler steals the show for the second time as Newt’s pal and non-wizard fish out of water. The Crimes of Grindelwald is a drastically darker film than Where to Find Them, but Fogler’s endless charm humor paint several moments of sheer joy. Redmayne still holds the course to his odd, ever-mumbling persona, while playing with the CGI-heavy titular beasts and running the gauntlet of a double romantic triangle. Jude Law equals in charm and slight oddity to Dumbledore precursors Richard Harris and Michael Gambon.

The Crimes of Grindelwald manages to fill in more gaps between the Fantastic Beasts era and Harry Potter, racking up the references and changing the course of magical history entirely. We venture back to the halls of Hogwarts for the first time in seven years with names of Dumbeldore and McGonagall being dropped in conversation. There’s a little something from almost each of the original Potter films to play with. Zoë Kravitz as Leta Lestrange, a distant relative to Helena Bonham Carter’s Bellatrix, plays a more pivotal role. Rowling’s screenplay deviates from the Grindelwald threat on several occasions to her poignant flashbacks.

David Yates has been the franchise go-to director since Harry Potter and the Order of the Phoenix in 2007. Especially with the latter half of the Potter series, Yates is back at home with The Crimes of Grindelwald. Capturing bleak circumstances seems to be his specialty, resulting in a slightly before film than its lighter predecessor. Rowling’s script transports audiences to some of the series’ most adult moments. It’s a far cry from the whimsical glee when we first laid our eyes on Hogwarts 17 years ago. The fabled evil before Lord Voldemort is starting to take shape, even if Depp’s Grindelwald himself continues to lurk in the shadows for the majority of the film. Believe me, a good old-fashioned Grindelwald rally is frightening enough.

The Crimes of Grindelwald isn’t drastically moving the needle back to the glory days of Potter’s eight films. But even in these dark times, the magic is growing a bit more potent once again for the Wizarding World.