It’s only May and already predictions forecast a decline in box office by about half a billion dollars. There are many contributing factors to the box office slump but here’s the one no one’s talking about: Hollywood has been overwhelmingly catering to a single demographic for over a decade. That audience is outgrowing it.

Movies will always be aimed at young audiences. They’re the ones on dates or just hanging out with disposable income and time to kill. What each generation likes changes and, while its time for a change after a decade of superhero movies, there’s nothing being developed to replace it. 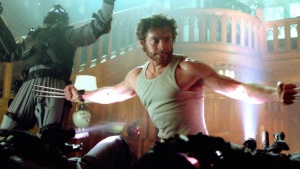 The current wave of tentpole movies really began around 2000 when X-Men proved a comic book besides Batman or Superman could be huge. Marvel’s wave of hits produced at various studios ushered this in long before Marvel took it in house, and in the Mouse House.

Certainly adults were part of the audience for X-Men and Spider-Man. They’d grown up reading the comics and waited all their lives for a real movie. But imagine a five-year-old in 2000. He or she (but more likely he because women remain an underserved demo) liked X-Men so he kept going to see all nine movies. He gave Spider-Man a shot and then Iron Man came along. 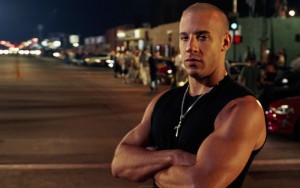 My hypothetical person was also six in 2001 and probably saw The Fast and the Furious. That franchise has endured with an entry every two or three years too, and surely after kids saw how awesome Furious 6 and Furious Seven were, they went back and caught up.

That kid is 22 this year. He’s graduated college and started looking for jobs. He’s not going to have time to keep seeing every X-Men or Spider-Man movie that’s released. Granted, those characters will always have new young fans, but kids born in the last 10 years have been discovering different things, and they weren’t at the movies.

Half a billion out of $14 billion isn’t that much. A business should still thrive at $13.5 billion. People will still see superhero movies and action franchises. Fantastic Beasts and Where to Find Them catered to grown ups who were kids when Harry Potter started. Marvel and Star Wars aren’t hurting but if you’ve got people wrapped up in those franchises they’re not apt to try the new one you’re launching in the off weeks.

If you only make movies for one audience, that audience won’t last forever. Franchise filmmaking is still about picking the franchise’s people want, and that changes too. And, believe it or not, there are people who don’t like Star Wars or comic book movies. I’m not one of them, but the kids who weren’t interested in their parents’ stuff grew up getting their entertainment elsewhere. That’s how Netfix, Amazon and YouTube got them. Just by being something else.

Look at the box office rankings for the last 10 years. Most years you have to get down to the 20th highest grosser to find something that’s not the same tent pole blockbuster. Many of the standouts are kids movies. There’s still the true axiom that kids will watch anything, but Disney has delivered some greatness like Zootopia and Moana. 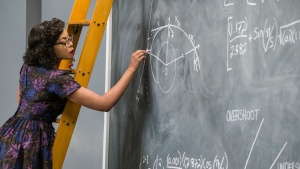 In 2016, Hidden Figures and La La Land cracked the Top 20. Not even the successful Bad Moms did. In 2015, it was only The Revenant and Straight Outta Compton. Maybe you can count The Martian as it was only adapted from a book, not a cross-medium corporate entity. Go back to 2007 and it was still only Wild Hogs, Knocked Up, Juno, American Gangster and Enchanted. Maybe I Am Legend also stands out as a more faithful adaptation of a book that had already been adapted twice.

If 15 of the top 20 films are for the same audience, that’s a problem. You’re not only leaving money on the table, you’re giving that money to the other entertainment platforms who ARE serving those audiences. Amazon made Transparent for a vastly underserved audience, but it’s such a good show that it’s not exclusive to LGBTQ. Likewise Netflix’s Orange is the New Black, and by the way they still had room to make five Marvel shows. They can do both. Why not movies?

The movies for other demographics also have to be good. No one’s going to see a bad movie aimed at them just to give you an A for effort, although the comic book audience has given some stinkers a pass, so maybe studios are just catering to the most forgiving audience.

Remember also that 3D and large format pricing was contributing to large box office numbers. Kids and teenagers may be excited by those formats but they outgrow it too and stop spending extra money to see the same movie. But while Hollywood was focused on milking its current customers for all they’re worth, the rest of the world was changing the way they watch movies entirely.

There’s now an adult audience that is accustomed to watching whenever they want. A certain contingent will always try to be first, but a growing portion doesn’t need to see something opening weekend, or even the first few months. It’ll always be there. It used to be you had to go to a movie theater if you wanted to see a movie, and once it ended it’s run it was gone unless it was popular enough for a re-release. There’s no going back to those days, and chasing the opening weekend is neglecting a wider audience. Ticket prices keep going up so those big openings represent fewer and fewer customers. 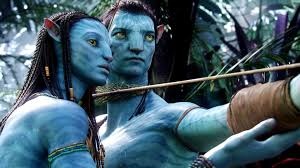 The industry has not trained the new audience to want to see things opening weekend, or even make it a month long conversation piece. Exception: James Cameron did. He toured Avatar with events months before it opened. Begging people to come back to theaters is probably a lost cause, and recliners aren’t a big enough draw. Most people have recliners at home too. Hollywood cast this die when they sold movies to television and video, let alone when they started dropping DVDs three months after theatrical. The new normal will have to become a long term strategy that accounts for a movie’s entire life. 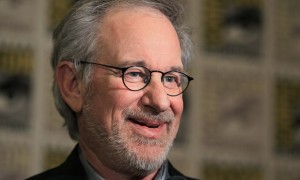 Great minds already saw this coming. Steven Spielberg and George Lucas said Hollywood was going to implode. Of course it is, because there’s not an infinite audience with infinite money to spend, or more importantly infinite time. People get one weekend a week and most won’t spend each one at the movies like I do.

Here’s another perspective I read that really spoke to me. Bag of Coop, a regular movie goer, outlined why there’s nothing left to get excited about at the movies. And it looks like Spielberg supports Coop, when he clarified he meant an implosion of constant tentpoles, not the entire industry. 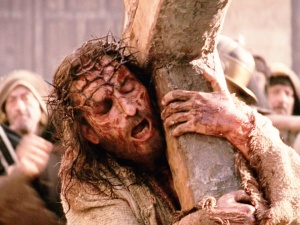 There’d been evidence of this before too. The box office slump of 2005 was narrowly averted, but even its possibility was dismissed, by no less than Roger Ebert. His rationale was that 2004 had an anomaly spike in The Passion of the Christ, so without another event bringing in non moviegoers, 2005 was steady, nothing to see here. And addressing the faith-based market never quite achieved the blockbuster status of The Passion’s $370 million gross, but they are steady for their demographic.

You know what? The implosion has to happen. No one’s in the prevention business, they’ve stubbornly ignored all the signs, so they’re not going to make changes to avert the implosion. It has to get apocalyptic and that could take another decade until even the Marvel and Star Wars audience is diminished enough that it can’t sustain the output. Then a Mad Max executive will bring hope to the wasteland with his (hopefully her! Furiosa!) plan for a new cinema that will captivate the starved masses.

Those huge opening weekends were so tempting, I’m not surprised studios chased the brass ring wanting their own $100 million opening/billion dollar total. What surprises me is no one saw the opportunity to fill in the gaps. Well, one did. Blumhouse. Judd Apatow is also producing reasonably budgeted comedies and reaping the rewards. The implosion could still take them down with it. I mean, they still need Universal to distribute the movies. Although the distribution system is already in place so it should be solid, and they could surely bounce back if one studio were unable to distribute them anymore.

Financial experts have analyzed the changing revenues of the home video market, and recently how streaming deals funded Netflix and Amazon’s current original output. Those are factors but people still rent movies on iTunes, Vudu and Amazon. That’s a long term revenue stream, not immediate bragging rights (although I get press releases about the number one weekly iTunes rental). I miss the days when Jeffrey Katzenberg green lit mid budget movies because no matter what they made theatrically, home video sales would keep them in profit just because they exist.

One thing that is not a major factor is piracy. That is a distraction. The main audience that would pirate on BitTorrent are the ones still paying billions of dollars to see superhero movies. Young technophiles are going to the movies. Their parents stopped, and their alternative is legitimately purchased content on VOD.

You can throw all the marketing money at a movie you want but you can’t make people see something they don’t want. Sadly, sometimes all the marketing in the world isn’t enough to help a great movie (like Speed Racer). Even movies they do want to see need those dollars to get the word out, but it’s a lot easier when you have something to sell. It’s always going to come back to the movies people want and Hollywood is going to have to get to know its audience again. They have evolved while the movies have operated the same.

If you’re happy with movies right now, this doesn’t apply to you. Yet. Eventually you will start to like different things, and there won’t have been anyone developing that for you. No one’s saying stop making franchises. That’ll never happen anyway. Just diversify. And you can make franchises where every entry only costs $50 million if the audience for it is more moderate.

This does not make me happy. I don’t want to see my beloved industry, let alone by beloved art, crash and burn. But at least I’ll have Netflix, Amazon and television to tide me over until the new renaissance emerges. 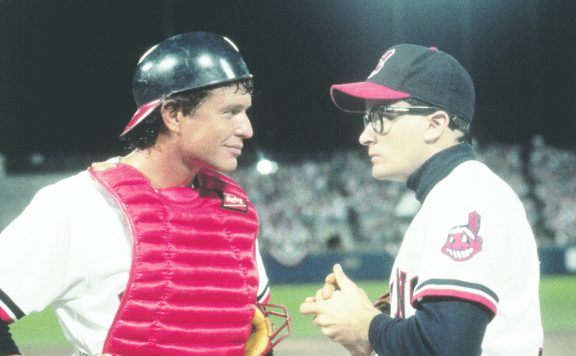 Freditorial: Audiences Are Outgrowing Movies, And Hollywood Won’t Grow Up

It's only May and already predictions forecast a decline in box office by about half a billion dollars. There are many contributing factors to the box office slump but here's the one no one's talking about: Hollywood has been overwhelmingly...
0
Average User Rating
0 votes
Please sign in to rate.