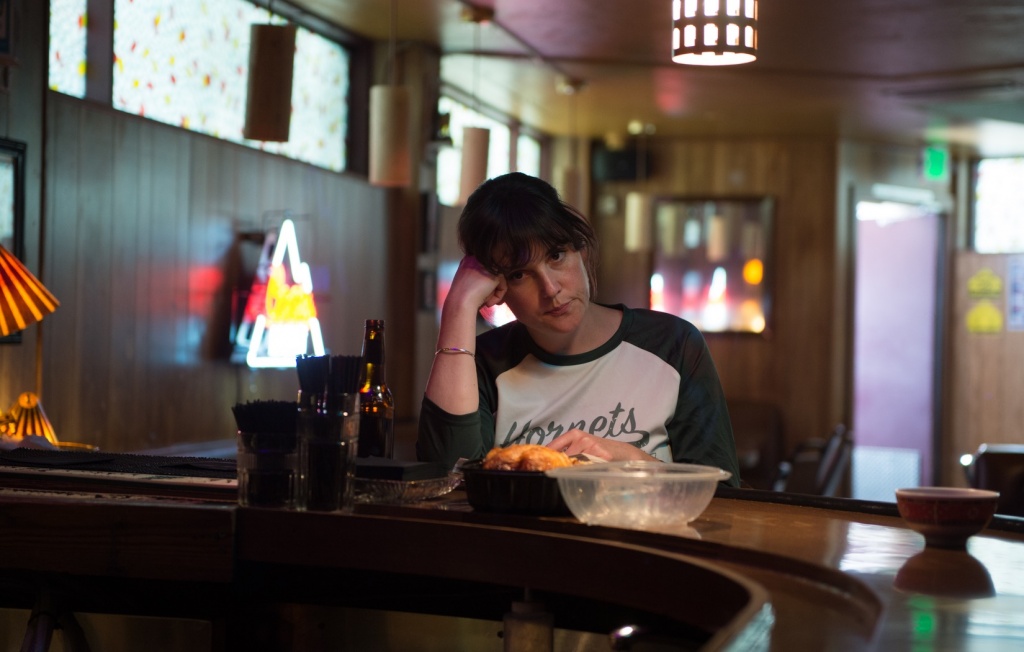 Sundance 2017 Review: I Don’t Feel at Home in This World Anymore

Indie darling Melanie Lynskey stars as Ruth Kimke, a nurse that has become increasingly frustrated with the world around her. Ruth always questions why people treat each other so poorly and why no one ever thinks about anyone other than themselves. One evening after returning home from a stressful day at work, Ruth discovers that her house was broken into and that her laptop, grandmother’s silverware, and a few other items have been stolen. This incident causes Ruth to have somewhat of a mental breakdown but also gives her a new found purpose in life. Ruth turns to her neighbor Tony (Elijah Wood) for help after a local cop played by Gary Anthony Williams refuses to take the burglary seriously. As this unlikely duo begin to track down Ruth’s stolen property, they soon learn that they have gotten involved with three dangerous thieves that have a much larger plan set in motion.

I Don’t Feel at Home in This World Anymore had it’s World Premiere at the 2017 Sundance Film Festival on January 19, 2017. The film premiered to a full house at the Eccles theater where I was lucky enough to be one of the 1,200 people in attendance. This film is Macon Blair’s directorial debut, and Sundance was the perfect place to host the World Premiere. Blair seemed so delighted to be given the opportunity to have one of the opening night slots to premiere his film.

Right off the bat, I want to point out that Macon Blair is truly a force to be reckoned with. He has been a producer, actor, stuntman, writer, and now a director. I Don’t Feel at Home in This World Anymore is an awesome directorial debut with plenty of great moments sprinkled throughout this fast-paced 93-minute flick. Blair’s direction and writing work together perfectly to create a genre bending film that blurs the line between a dark comedy and a thriller. 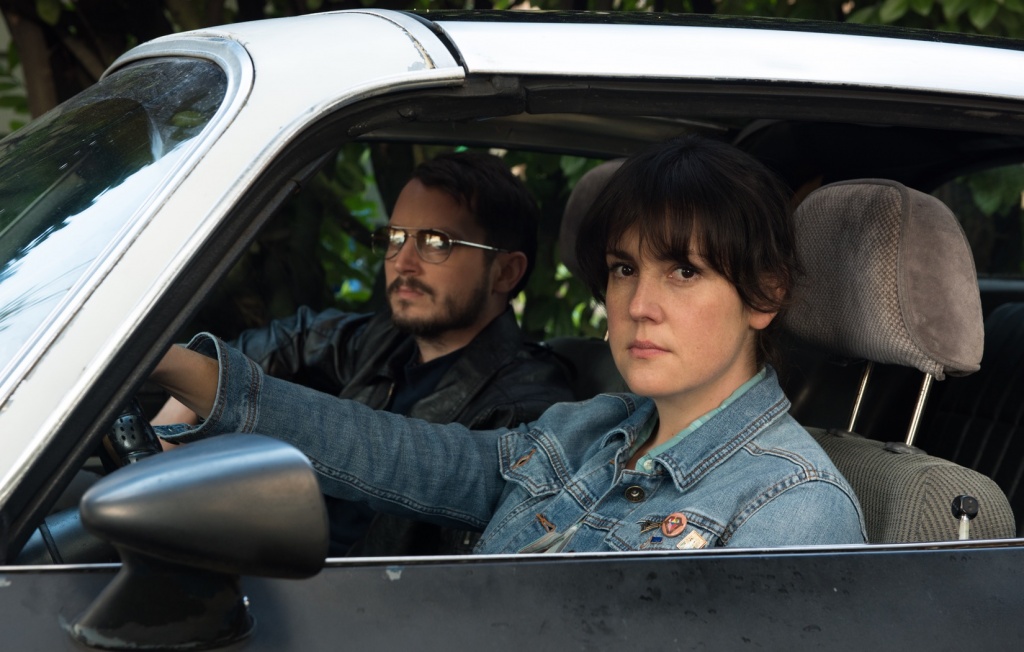 The way that Blair sets up the character of Ruth is brilliant, and I love how Lynskey portrays Ruth. The script and Lynskey don’t try to represent this extraordinary person but rather just an average woman leading a very ordinary life. The fact that the film spends a few minutes early on showing Ruth’s daily routine helped connect the character with the audience. I think everyone has overheard someone going off on a racist rant or has had someone spoil the ending to a book or a film. I love that script is so cynical and focuses on the little things in life that people do that make into assholes.

As someone who has often questioned why people treat each other so poorly, I found this film to be darkly comedic while also making me question what was going to happen next. I like the fact that this is a story that is relatable to almost every person watching it. Sure, the characters are very quirky, and there some pretty humorous dialogue mixed in that probably wouldn’t happen in real life but the setup of trying to prove a point that you shouldn’t treat others like shit is such a universal message. I liked that I could laugh because there were so many relatable moments yet at the same time was simply able to sit back and just be entertained. There is something to be said about a filmmaker who isn’t afraid to make audiences connect with the characters and then doing a complete 180.

Melanie Lynskey and Elijah Wood don’t seem like they would work well together, but oddly enough, these two actors make quite a remarkable on-screen duo. The differences in their personalities really worked to create an unlikable chemistry that was often bizarre but somewhat charming at the same time. In a lot of ways, Lynskey plays the “Plain Jane” role and Wood is sort of a weirdo that likes to throw ninja stars and use his nunchucks. I think the chemistry between these two characters worked so well because Blair wrote the characters with these two actors in mind. It is always so rewarding to watch a film where you cannot picture anyone else in the roles which is 100% the case with this film. Lynskey and Wood absolutely nail it. 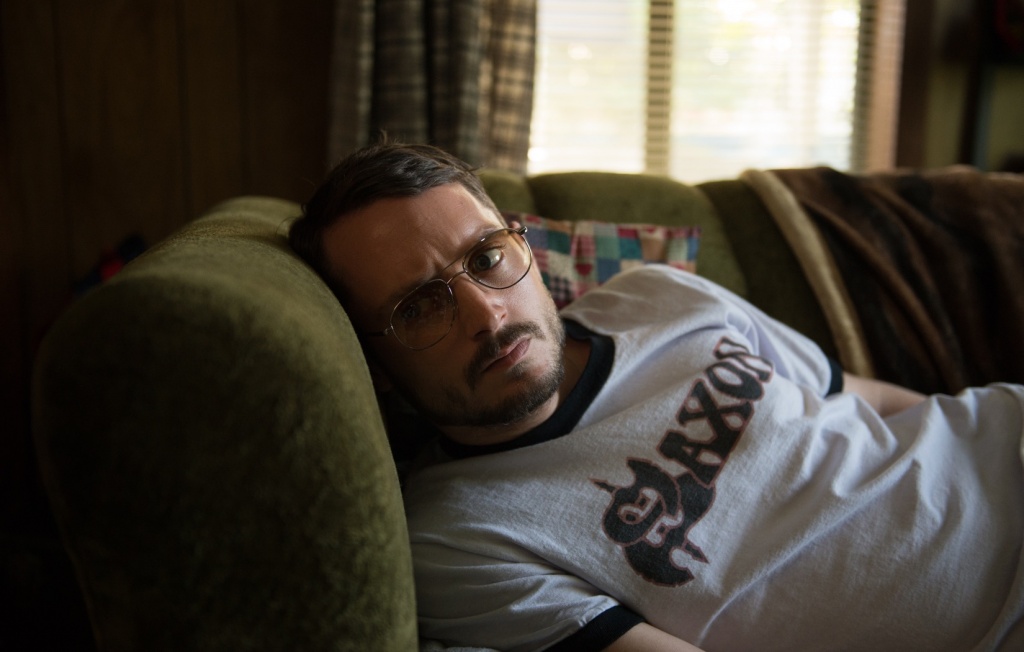 While there is no denying that Lynskey and Wood are the star players, there are quite a few supporting cast members. The supporting cast was sort of all over the place in terms of their performances. I feel like David Yow and Devon Graye were the weakest links. I think these two actors played up the material a bit too much and as a result felt very over the top and cartoon-like. They were distracting and took me out of the film almost every time they came on-screen. I realize that this is odd because these two actors along with Jane Levy’s character are crucial to the story but I just wasn’t feeling the way these characters were written or how the actors brought them to life. I will say that Christine Woods who plays Meredith was hilarious. Woods played the bored housewife to perfection. I honestly wanted more of her character and liked how she handled the material.

I should also point out that just like the films in which Blair worked on alongside Jeremy Saulnier, I Don’t Feel at Home in This World Anymore does contain several scenes of violence that are over the top and outlandish. These scenes work well but hey are kind of jarring and bloody when they do occur. Blair has learned something about creating a filmmaking style from Saulnier because while you can tell this is a passion project, you can see some of Saulnier’s filmmaking technique in certain scenes throughout this film.

All in all, I Don’t Feel at Home in This World Anymore is an entertaining and fun directorial debut. Blair proves once again that he is a talent to keep an eye on and I love that the man isn’t afraid to blur the lines within his films. I love that there are simple moments throughout the film but then randomly the film goes bat-shit crazy. I love films like this because it actually challenges audiences. This is a film that can be liked by many for so many reasons. I look forward to seeing what else Blair has up his sleeve. This is one of those films that I can’t wait to revisit when it debuts on Netflix on February 24, 2017.

If you are interested, please feel free to check out the Q&A for the film from it’s World Premiere. Please keep in mind that unlike this review, there will be some minor spoilers in the Q&A.

Sundance 2017 Review: “I Don’t Feel at Home in This World Anymore”

Sundance 2017 Review: I Don't Feel at Home in This World Anymore  Indie darling Melanie Lynskey stars as Ruth Kimke, a nurse that has become increasingly frustrated with the world around her. Ruth always questions why people treat each o...
0
Average User Rating
0 votes
Please sign in to rate.