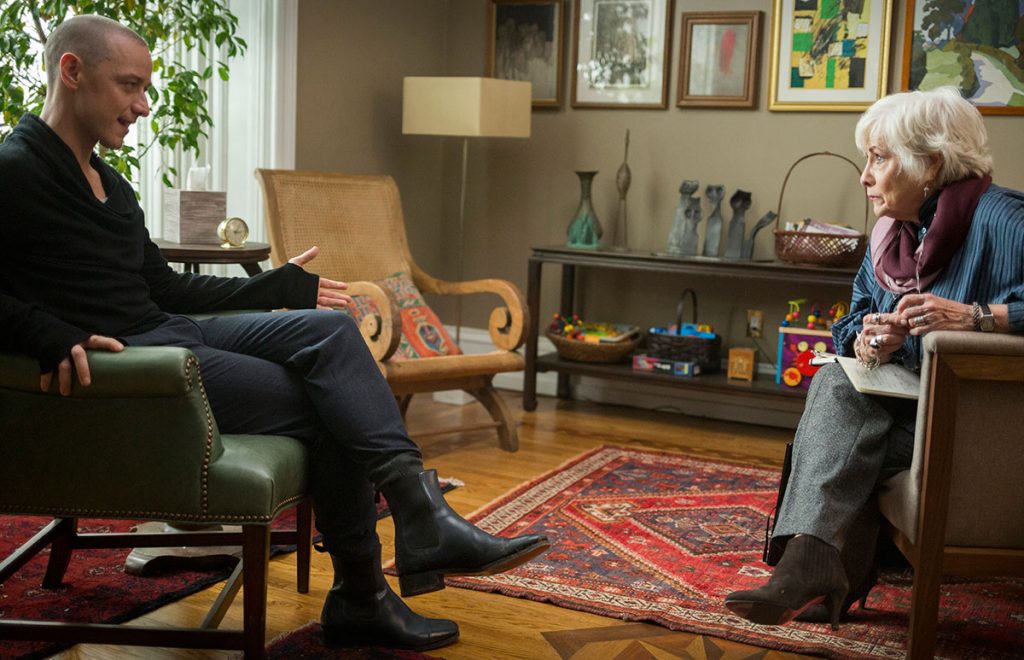 Releasing in theaters on January 20, 2017, Split is the latest film from writer/director M. Night Shyamalan. Over the past 24 years, Shyamalan’s films have been viewed as hits or misses among critics and audiences alike. Shyamalan’s first two films didn’t generate much buzz, but after the box office success of The Sixth Sense in 1999, Shyamalan quickly became a household name. Split marks the twelveth feature length film from Shyamalan and similar to his last film has a five million dollar budget.

Split stars James McAvoy as Kevin, a man suffering from dissociative identity disorder. Kevin is assigned to meet with Dr. Fletcher (Betty Buckley), on a daily basis. Dr. Fletcher is a specialist that tries to help Kevin control the 23 different personalities that live within him. One afternoon, two of the personalities decide to kidnap three teenage girls and hold them captive in an unknown underground location. As the three girls fear for their lives, they see and interact with several of Kevin’s personalities including Barry, Hedwig, Dennis, and Miss Patricia. Each personality mentions “the Beast,” the 24th personality that no one has ever seen before but keeps the girls and audiences on edge waiting to see what will happen next.

Premiering a film like Split at a film festival is a big deal. Film Festivals especially ones like AFI Fest are known for showing some of the years best films. AFI Fest premiered Split to a packed house at the Grauman’s Chinese Theatre. As the film’s end credits began to roll, the audience abrupted with applause as M. Night and his cast took part in a lively Q&A. However, despite the applause from a very enthusiastic audience, the people exiting the theater after the Q&A seemed rather divided about their thoughts on the film. While I was walking out of the theater, I overheard several people praising Split and calling it “old school Shyamalan” while others felt that the film was a total letdown with missed potential. Needless to say, audiences will be split on Split when they see it next year. 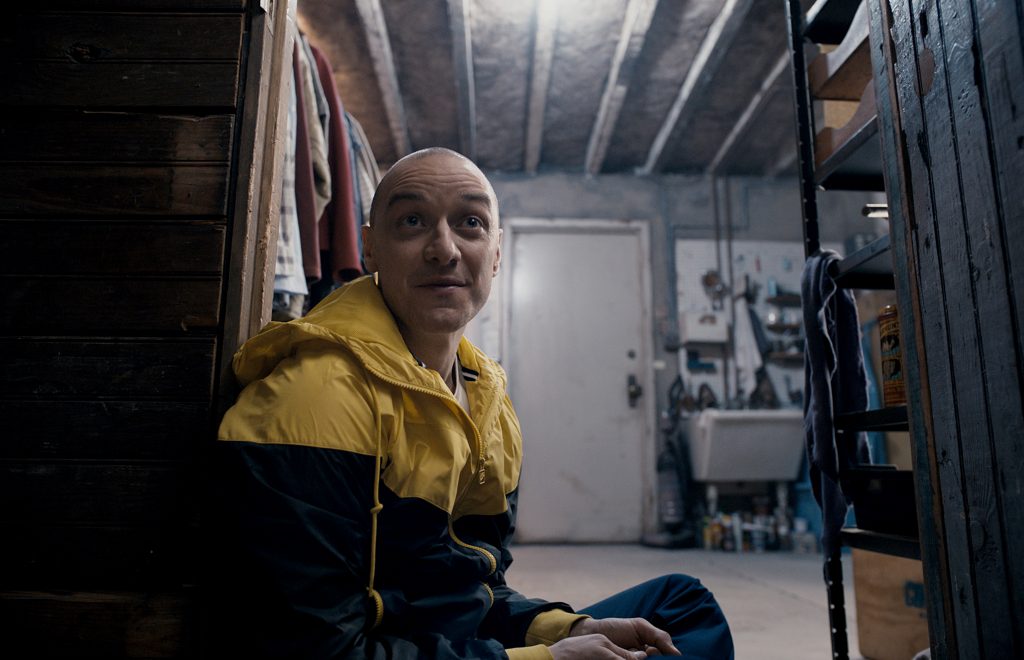 I am right down the middle on this one. The film is ultimately a character study about a man trying to control his many personalities. McAvoy portrays each personality entirely different from the next. Despite how audiences may feel about the film as a whole, I think everyone will be talking about McAvoy’s performance. This is a challenging role for any actor and McAvoy makes the most of the material. While we don’t see all 23 personalities, we do see a handful of them in action. The character of Hedwig is sure to be the fan favorite of all the personalities that McAvoy brings to life. Hedwig is very charming because he is a nine-year-old boy who wants nothing more than to become friends with the girls. McAvoy’s various character portrayals range in tone as well as oddness. McAvoy is easily the film’s most valuable asset.

Say what you will about Shyamalan, but I appreciate that the man is willing to try something different with each project. With that being said, I feel a lot of his material as of late isn’t as well thought-out as his earlier work. The idea of a man with 23 different personalities is an impressive concept, but the script doesn’t do enough with it. What makes matters worse is that as the story unfolds, we learn that two of the three girls, don’t serve much of a point other than being victims. Marcia (Jessica Sula) and Claire (Haley Lu Richardson) are just objects in this film. They are never developed as characters and are used as the cliched damsels in distress. They don’t add much to the film’s plot nor do they play any significant role in the film’s conclusion.

Luckily, Anya Taylor-Joy‘s Casey does get a backstory and plays an active role in the film’s overall story. We learn about her childhood as well as information about how others view her and why she is a loner. I think Taylor-Joy is an incredibly gifted actress that blew me away with her performance in The Witch. I think her follow-up roles in Morgan as well as Split don’t showcase her true potential. Don’t get me wrong, she gives a strong performance in both of these films, but the source material isn’t the greatest. I think as Casey, audiences will be invested in her story but that doesn’t mean they will be overly satisfied with how it plays out. There is more good to say about Casey compared to Clarie and Marcia, but I still wanted more from her character and the story. 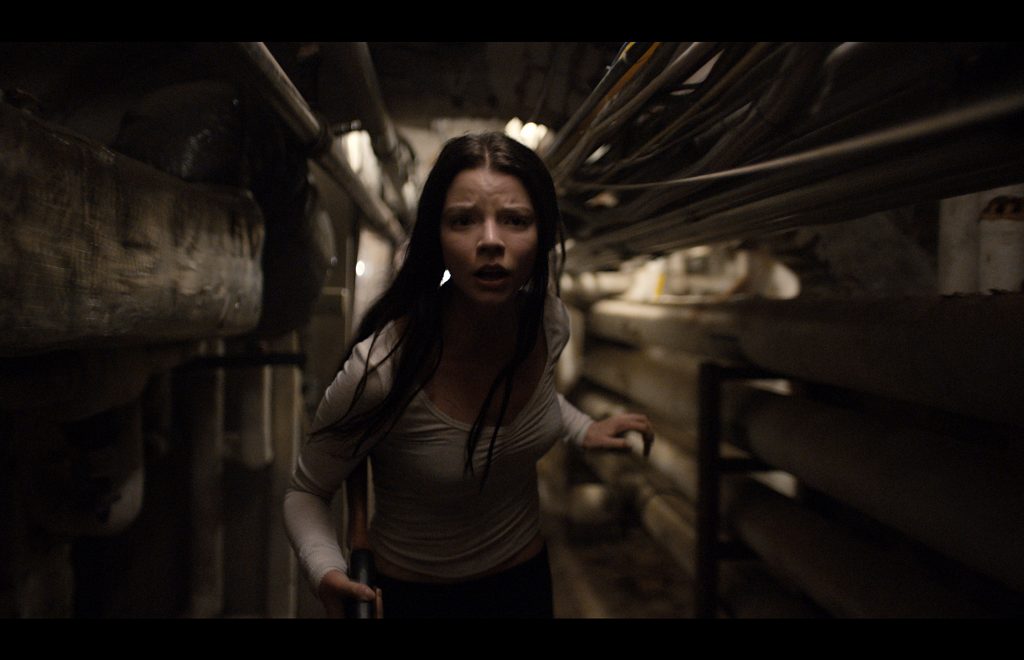 Just like most of Shyamalan’s films, there are two major twists in Split. Shyamalan asked everyone at the premiere to not spoil the twists, so with that being said, I will adhere to his wishes. Die-hard fans of Shyamalan’s work might be able to overcome the film’s shortcomings with the surprises that come at the end of the film. While the ending will excite many, I wasn’t all that blown away by it. I guess I was just expecting more from the overall story than what I got back in return. There was such a promising setup, but so much of it was underused or just there for convenience. It should also be noted that one of the two twists will probably only work for those who are long time fans of Shyamalan and have seen several of his earlier films.

All in all, Split is an interesting character study that lacks a great story to go along with McAvoy’s great performance. Personally, I thought the film was better than last year’s The Visit as well as several of Shyamalan’s previous outings. I do appreciate M. Night as a filmmaker and believe that he will continue to divide audiences with his films. I believe that the man has a real creative vision, but his writing isn’t as strong as his direction. I hope one day we see another masterpiece from him but sadly, Split isn’t it. I will, however, still slightly recommend Split to others simply for McAvoy’s performance and the talented people behind the scenes. It isn’t great Shyamalan, but it isn’t his worst either. 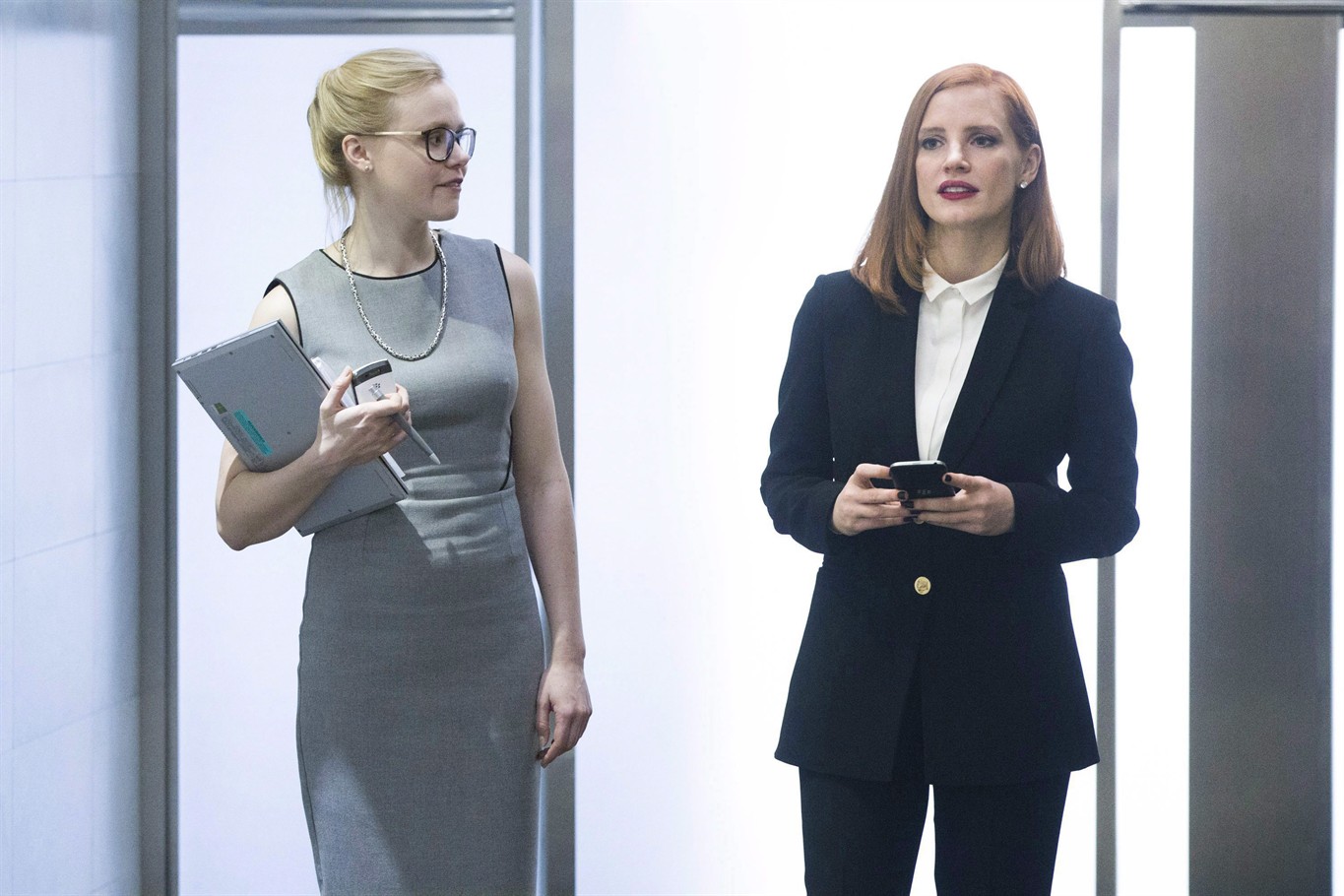 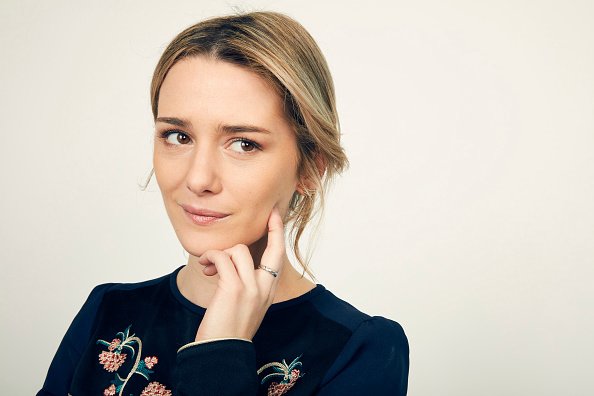