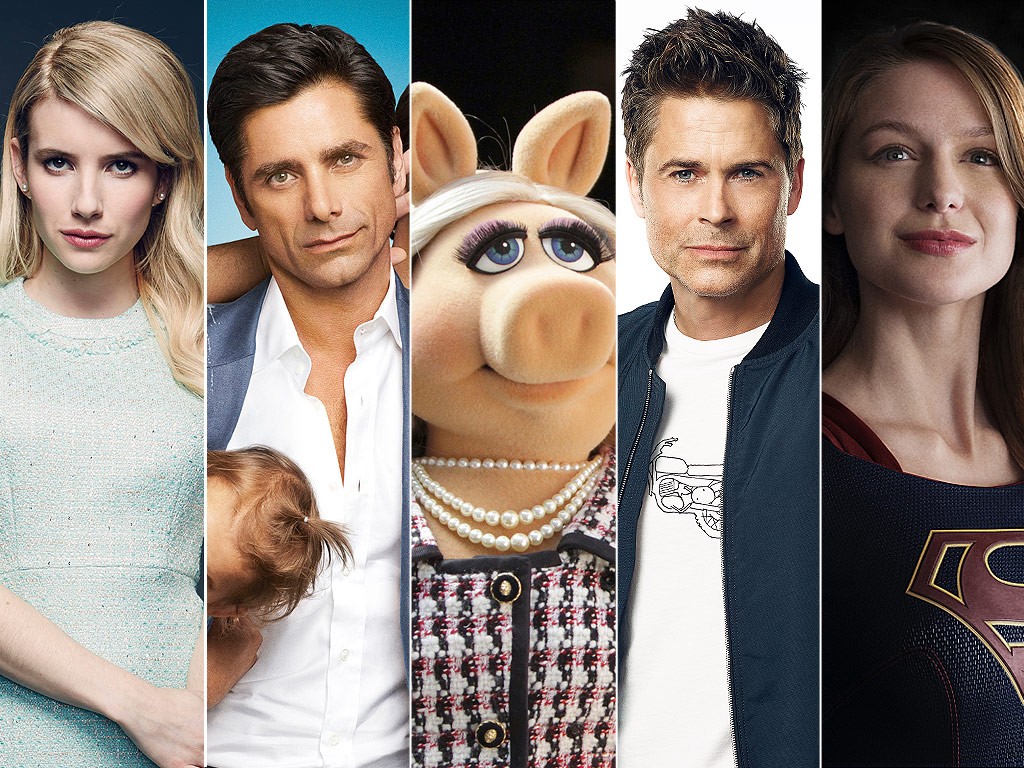 Every September for as long as I can remember, I get excited to watch a handful of new television shows and every year, the vast majority of the shows I like suffer from low ratings and/or get cancelled. Television shows like Trophy Wife, Selfie, Garfunkel & Oates, Happyish, Happy Endings, One Big Happy, and The B in Apartment 23 are just a few titles in recent years that I really enjoyed but got the axe way too quickly. With the fall 2015 television season now in full swing, I have already begun to fear for the fate of several new shows which begs me to ask the question, What are the new fall shows that you should be watching but probably aren’t. 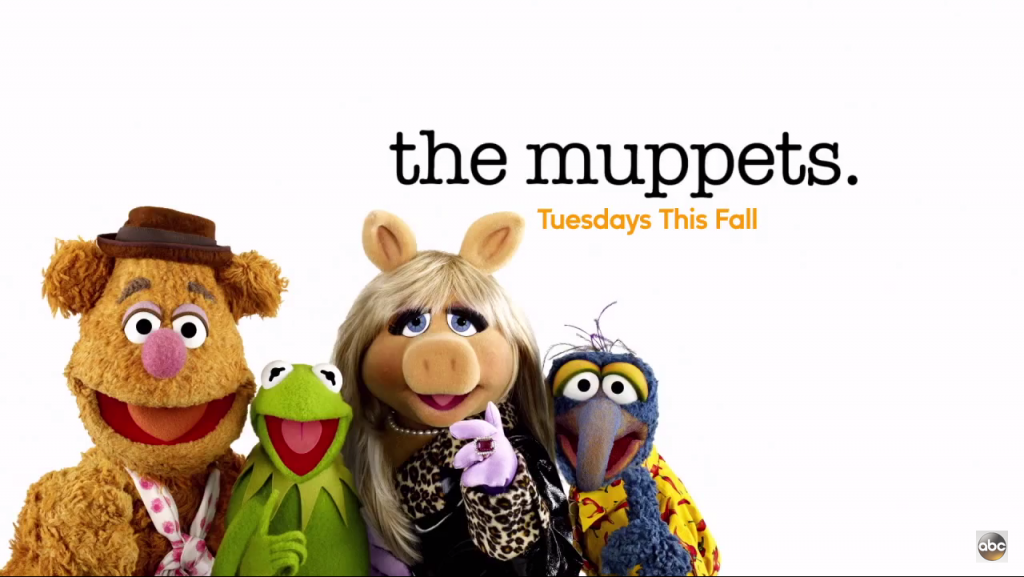 I am actually kind of shocked that Kermit, Miss Piggy, and the rest of the Muppet gang are having such a hard time finding an audience. While Muppets Most Wanted wasn’t exactly the box office hit that The Muppets was in 2011, the film did perform decently and showed that people still love and care about the Muppets. This is why I am kind of shocked that this new show which is geared towards fans of the original Muppet Show and the original films isn’t a bigger hit. I know that ABC has just announced that Muppets will get a full season but I am scared that is all we will see of them, if this show doesn’t catch on.

I think Muppets biggest issue is not that people don’t want to watch it but that it airs against so many other shows that already have dedicated audiences. In fact, three of the four shows on this list air on Tuesday. The Muppets is up against The Voice, NCIS, and The Flash, all of which that have a long standing and dedicated audience. Regardless of whatever reason, I do want to see many years of this show and hope that fans young and old will find and watch this show before its too late. Its definitely a nice mix of old school Muppets with an updated twist.

With how much Fox promoted Scream Queens over the summer, I can’t complain that they didn’t market the show enough because they really went overboard with it. Created by Ryan Murphy and featuring a great cast that includes Lea Michelle, Emma Roberts, Jamie Lee Curtis, Keke Palmer, and Abigail Breslin, it is a bit surprising that this show has failed to catch on. I think what makes the lack of audience even more shocking is that so many people love Murphy’s American Horror Story. I was thinking that a teen geared horror comedy would be a huge hit but it seems this one is really struggling to make it through the 13 episodes that were originally planned.

I think Scream Queens issue is that its really strange and kind of ballsy for network television. Its one of those shows that is oddly very sexual and the characters for the most part are pretty unlikable and despicable. It really is a different show than even I expected it to be. We Live Film staff member Chase Lee described the show as “Mean Girls meets Scream” and I think its a perfect way to describe it. I think horror fans probably didn’t dedicate themselves to this show due to fact that it seemed geared towards teens but I really believe this is more of a show for horror fans and those in there 20s and 30s rather than the teenage demographic. 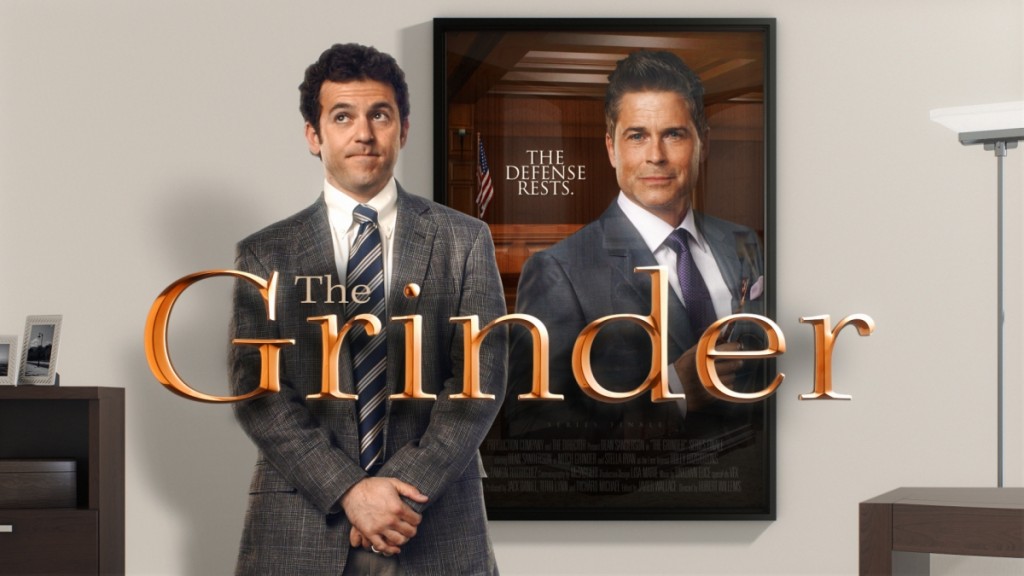 I always loved Parks and Recreation but I think the show was at its strongest when Rob Lowe became part of the cast. Rob Lowe has this lovable persona in almost everything he is a part of and as the Grinder, he is no different. In Grinder, Lowe plays Dean, an actor that has spent the last several years of his life playing a television lawyer named Grinder. As the days of playing the Grinder are now gone, Dean struggles to let the character go and struggles with the idea of what he should do next in his life. Without anyone else to turn to, Dean visits his brother Stewart (Fred Savage) who is an actual lawyer. After seeing Stewart in action one day in court, Dean thinks his role as the Grinder gave him all the training he needs to become a real life lawyer.

What makes The Grinder such a great show is the chemistry between Fred Savage and Rob Lowe. These two are truly great together because they are playing characters that are polar opposites. Savage plays the timid by the books guy who lacks confidence while Lowe is a smooth talker who thinks incredibly highly of himself. The conversations between the two are incredibly entertaining and constantly reminds the audience that sibling rivalry doesn’t only occur as children. I think if you dug Rob Lowe on Parks and Recreation and have yet to watch the Grinder, do yourself a favor and watch it NOW. 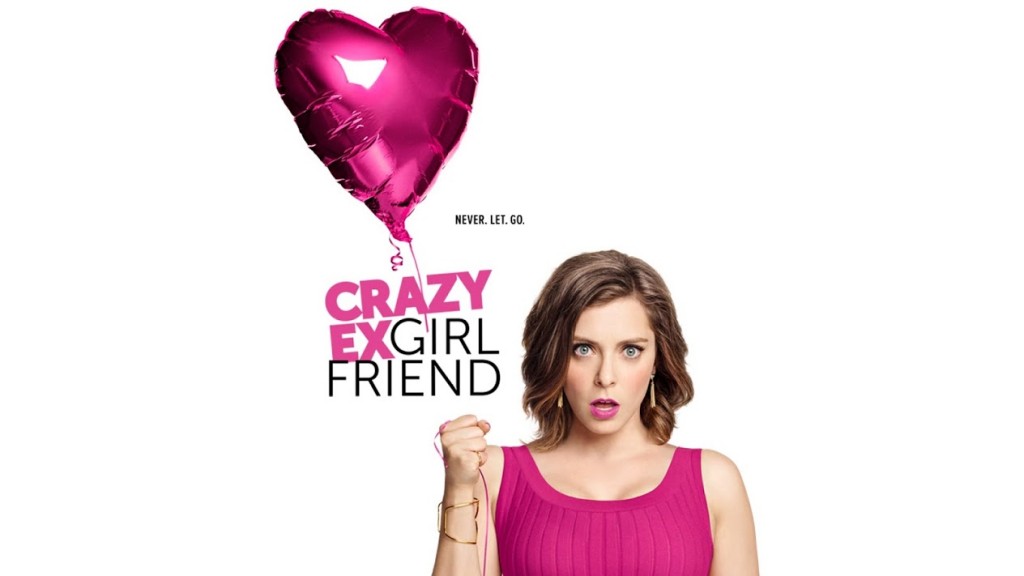 If a few months ago someone would have told me that the CW would be home to my new favorite television show, I would have called them crazy. Luckily, no one did so I don’t have to apologize to anyone but in all fairness, the CW’s Crazy Ex-Girlfriend is hands down the best new show of the season. Hell, this show might even be the best new television show of the past two or three seasons. I realize that statement might be surprising to hear but I can’t remember the last time I watched something so different that I could legitimately say there is nothing quite like it on television.

The shows writing is intelligent, clever, and funny. Some of the material does get a bit edgy for a network show but I love that the CW wasn’t afraid to take some risks with this one. Ex-Girlfriend could have easily become one those shows that failed miserably in the wrong hands but luckily Rachel Bloom and Aline Brosh McKenna who serve as the series creators are also part of the writing process.

In Crazy Ex-Girlfriend, Rachel Bloom stars as Rebecca Bunch, a successful lawyer about to become a partner at a prestigious law firm in NYC but gives it all up when she learns that her summer camp crush is moving to West Covina, California. Obviously, with a plot like that, you know that the show has to be a comedy but its not just a comedy but rather a musical comedy. From the moment that Rebecca began to sing “West Covina” in the show’s pilot episode, I was instantly sold.

Bloom’s portrayal of Rebecca really makes the show what it is. As Rebecca, Bloom plays a female character that is smart and witty. Rebecca is unlike all the clichéd female characters that we see way too much of on sitcoms. Instead, Rebecca is portrayed as this well educated woman with flaws and because of that she is more lovable and believable as a character.

Unlike other female comedians whose entire act relies on one gross and raunchy sex joke after another *cough* Amy Schumer *cough*, Bloom finds a great balance with the material and her character. There are plenty of sex jokes in the show but unlike Schumer’s show, the jokes are actually clever. In the pilot episode, Rebecca sings “the sexy getting ready song” which is downright hilarious as it pokes fun at all the things that women have to do to prepare for a date. It’s nice to see a female embrace being a woman while poking fun of it in the process.

What is so incredible about the character of Rebecca is that Bloom never exploits her but rather takes her insecurities and turns them into comedy. As the series co-creator, you can tell that a lot of Rebecca is an extension of Bloom in real life. Rebecca isn’t a size two but she is still incredibly sexy. Bloom shows off her sexiness and even makes jokes about it in a smart and clever manner. In the show’s second episode entitled “Josh’s Girlfriend is Really Cool,” Rebecca finds out that Josh has a girlfriend named Valencia, who is incredibly thin and is what most guys would label as perfection. The entire episode is spent dealing with Rebecca trying to become friends with Valencia meanwhile Rachel can’t stop comparing Valencia’s looks to her own. Again, its all about embracing who you are and how others see you but done in a comedic way. I’m not going to lie, the show gets really freaking weird at times but its really different and very funny.

While Bloom is no doubt the star, the secondary characters are all equally as great. Donna Lynne Champlin who plays Paula is perfect as Rebecca’s new friend and support system. I think the reason why her character works so well is because she is an exaggerated version of that work mom that almost every office has. For those who have worked in an office environment before, you will know exactly what I mean. Santino Fontana who stars as Greg has amazing chemistry with Rebecca and is so likable. I don’t want to spoil much about the character for those who haven’t seen the show but lets just say the two them bounce off one another nicely. Lastly, Vincent Rodriguez III is great as Rebecca’s summer camp crush Josh. While Josh could easily be one of those one note characters, Rodriguez gives the character some added humor especially when he becomes part of a boyband made up of four different Joshs that break out into song at Rebecca’s party.

If I haven’t sold you on by now, I will close this out by saying that Crazy Ex-Girlfriend is unlike any show on television. It is incredibly odd and is easily one of the smartest and funniest shows to ever be released on major commercial national broadcast network. I highly recommend that you check it out and if you like it, tell your friends to check it out too. I would hate to see a show that dares to be different fail due to poor ratings. This is one show that I want to see more of and can only hope it gets several seasons on the CW.

Crazy Ex-Girlfriend was originally suppose to be a Showtime series but they passed on the show in February of 2015.

Rachel Bloom is best known for performing at the Upright Citizens Brigade theater in NYC and L.A. as well as her YouTube music video “Fuck Me, Ray Bradbury” which can be viewed below:

Thanks for reading and feel free to like, comment, and share this article with others. If you have time, please let me know your favorite fall tv shows in the comments below. Thanks again for reading. 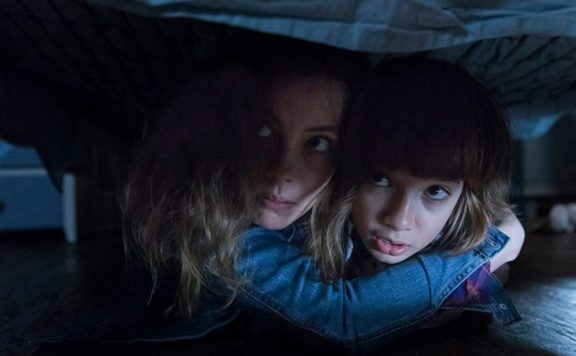 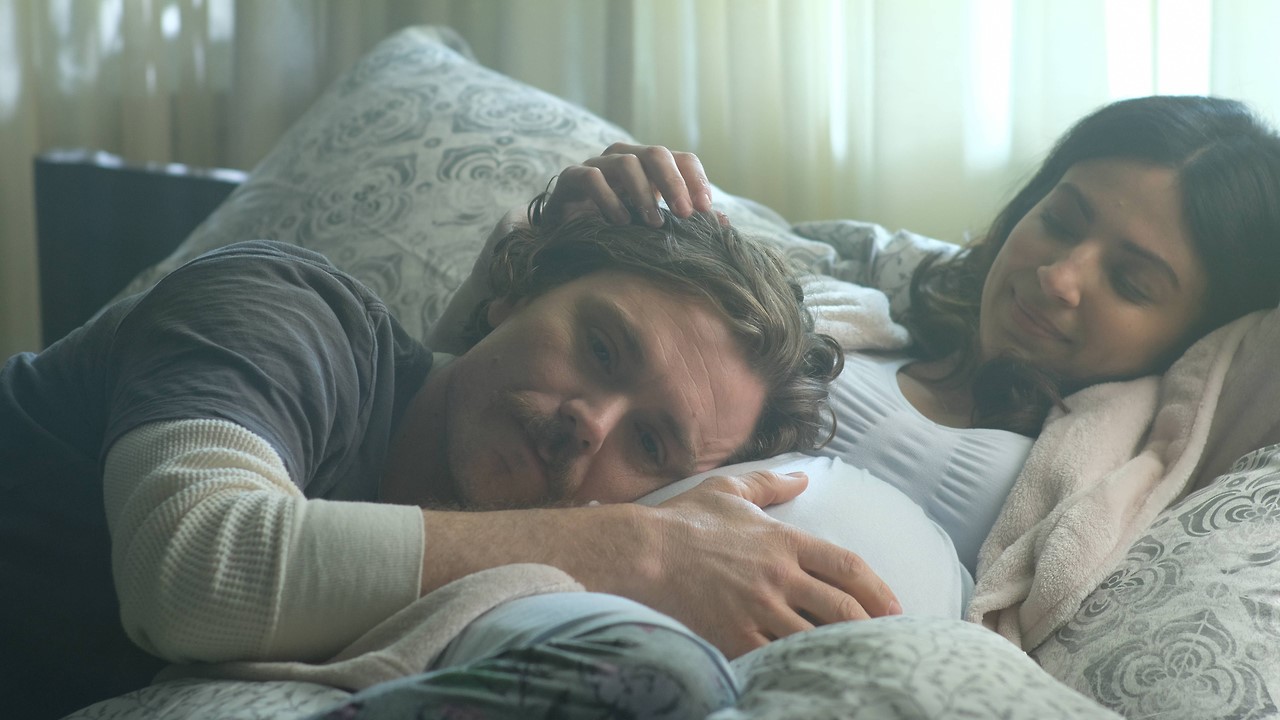 Every September for as long as I can remember, I get excited to watch a handful of new television shows and every year, the vast majority of the shows I like suffer from low ratings and/or get cancelled. Television shows like Trophy Wif...
0
Average User Rating
0 votes
Please sign in to rate.