Was it really necessary to make a third ‘Madagascar’ movie?  Who was asking for one final adventure with Alex, Marty, Gloria, and Melman?  Probably little kids and the bank, so DreamWorks decided to make ‘Madagascar 3: Europe’s Most Wanted.’  This film has the four animals from the first two films still trying to get back home to their beloved Central Park Zoo in New York.  Circumstances lead them into a circus from Europe traveling to America, so of course the animals tag along for the ride disguised as circus animals.  DreamWorks has surprisingly been on a roll when it comes to their movies, almost coming up to the same level as Pixar films.  ‘Kung Fu Panda 2‘ and ‘How to Train Your Dragon‘ are probably good examples for Pixar comparisons.  While this may look like pure slapstick and nothing else, slapstick usually doesn’t get selected to screen in the most prestigious film festival circuit of the year, the Cannes Film Festival.  That’s right: ‘Madagascar 3: Europe’s Most Wanted’ was selected to screen at Cannes.  After seeing the film, I can say that there is much more to this movie than just slapstick and silly jokes about “circus afros.”  ‘Madagascar 3’ portrays Europe in such a beautiful and often comedic way that the audience can’t help but have a smile on their face.  This is one of those rare instances where the third film in a franchise turns out to be the best film in the entire series.

The four main cast members of the series (Ben Stiller, Chris Rock, David Schwimmer, Jada Pickett-Smith) are surprisingly better than ever in this movie.  Ben Stiller, instead of sounding like his usual self most of the time, adds that special something to his role of Alex.  In this film, he deals with personal issues about whether he actually wants to go back to New York or not, which was something nice to see in a film where its main trademark is the song “I Like To Move It.”  It may seem from the trailers that Marty, Chris Rock’s character, is only there to see the cultural phenomenon that is the “Afro Circus” song, which coincidentally was written by Rock himself.  While Rock is here to be one of the key factors to the slapstick comedy, he actually is quite tolerable and not as annoying as you’d expect. Rock is a very funny comedian, but hearing his voice out of a zebra in a circus is all the funnier.  Then comes the other two characters, Gloria and Melman, played by David Schwimmer and Jada Pickett-Smith.  These characters deserve more screen time than they are given, because these two lovebirds are great animals to watch.  Their chemistry in the films has provided some of the series’ best jokes.  There could have been more scenes showing how they are now married and are trying to become a family.  But alas, that’s a story that could be great for a spin-off film.  The four leads are great as always, however the supporting animals outshine them in almost every way imaginable.

Sacha Baron Cohen, Andy Richter, and Cedric the Entertainer are back as King Julien, Mort, and Maurice respectively.  The lemurs have always been my favorite characters of the series, so it was great to see them with some personal stories of their own.  Actually it was more of King Julien’s story than Mort and Maurice, who are just there to successively back up the mishaps of their glorious leader.  Julien ends up in a love story with a bear on a tricycle in the circus.  Not only is this just funny to think about, but it is also the single funniest thing in the entire movie.  There is a scene involving a “revamping” of the bear’s tricycle that is absolutely priceless.  It’s not just the lemurs who should be getting all of the credit, because the notorious penguins and the crazy but small rolled monkeys also are quite great.  The penguins and the monkeys team up at the very beginning of the film; and the scenario they’re in is quite entertaining to watch.  Plus what they do with the circus is also proof that penguins and monkeys are smarter than the average human being.  The original animals are all great, but with every animated movie there has to be new characters.  This film has quite a few enjoyable ones, and one really crazy one.

Frances McDormand plays Captain Chantel DuBois, who is the chief animal inspector and the film’s main antagonist.  This character has some funny moments and all, but overall this character is incredibly insane and a bit too over the top.  The fact that she’s actually following these animals across Europe just so she can get Alex’s head for her wall is a bit too much, and it gets really twisted and weird with her during the third act.  I understand that this is a kid’s movie and shouldn’t be taken too seriously, but there’s a fine line that a character shouldn’t go over, whereas McDormand’s character in fact did.  She’s still entertaining to say the least, but overall a bit of an over-exaggerated character.

Bryan Cranston, Martin Short, and Jessica Chastain play some of the animals in the circus who are a little worried of Alex and the crew.  Cranston dons a Russian accent if I remember correctly, and he gives some great moments in the film.  His back story was even really interesting, despite playing on the fact that this is an animated kids movie and characters can do insanely cool things.  Martin Short probably provided the most laughs out of the four new characters playing a seal named Stefano.  Short is great in animated roles, and I hope that he is in a lot more of them because it seems that his fame has gone to waste recently.  Finally, Jessica Chastain plays a tigress, but that doesn’t really matter much due to her being the love interest of Alex.  There wasn’t much to expect from Chastain as a love interest, so it was good to see the “love story” not get as irritating as you’d think.  Overall the newcomers to the series have some great lines and some funny moments, but they cannot compare to the original characters of the series.

The 3D in this film is surprisingly really effective for the vast majority of it.  There are a lot of jump-out-of-the-screen moments that are really fun and cool to see.  It reminded me of the first time I saw a 3D movie and everything immersed me into this awesome world.  There is an entire sequence where the circus is performing that looks absolutely jaw dropping in 3D.  I swear my eyes were given free candy and was enjoying the heck out of it!  Sure this movie will be just as good in 2D, but the added 3D element creates an entire new perspective on the film.  Even though I haven’t seen the 2D version of this film, I can’t imagine seeing this in any other way.  To those outside of the U.S. who are getting this in IMAX 3D, you guys are in for an absolute treat if you pay to see this on the big BIG screens.

It’s a darn good thing that DreamWorks hired Noah Baumbach, who directed 2010’s ‘Greenberg’ also starring Ben Stiller, to write this movie because without him this probably would have been just another DreamWorks movie.  ‘Madagascar 3: Europe’s Most Wanted’ is fresh, upbeat, and very very funny.  This is the one film this summer that families should not miss going to see.  Sure some of the jokes are incredibly silly, and the film falls to the typical drama cliché at the end of the second act, but if you can forget about all of that, you will have a very fun time at the movies.  The cast work is great, the script is fantastic, and the 3D animation is some of the best 3D that will probably be seen in all of 2012.  ‘Prometheus’ also comes out this weekend for the 17+ crowd, so you may want to check this out if you have the chance.  Adults and kids alike will really enjoy this movie a lot, which really says something because before 2008 only Disney and Pixar were able to do this.  Pixar has some pure competition on their heels when it comes to sequels, because these two studios seem neck and neck right now.  Do yourselves a favor, and pick up a passport, put on 3D glasses, and take a fun, wild trip into the beautiful and eye popping Europe with the ‘Madagascar’ crew.  Don’t forget to don a circus afro when seeing the movie. 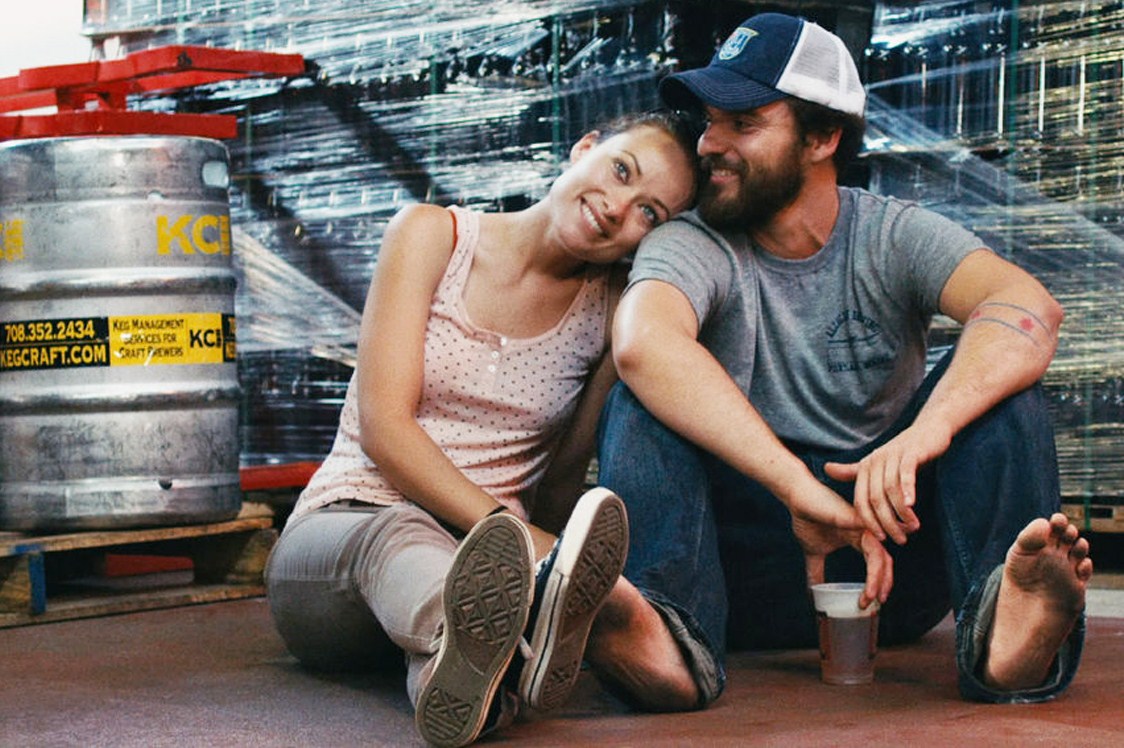 “Madagascar 3: Europe’s Most Wanted” – Review by Zachary “The FilmWizard” Marsh

Was it really necessary to make a third 'Madagascar' movie?  Who was asking for one final adventure with Alex, Marty, Gloria, and Melman?  Probably little kids and the bank, so DreamWorks decided to make 'Madagascar 3: Europe's Most Wanted...
0
Average User Rating
0 votes
Please sign in to rate.