I will look for you, I will find you, and I will kill you even on an airplane.

While on-board an international flight to London, air marshal Bill Marks ( Liam Neeson) receives a series of text messages demanding $150 million dollars or the death of a passenger every 20 minutes. With the help of several flight attendants and passengers, Bill attempts to locate the sender of the text messages. This begins the ultimate game of cat and mouse as Bill scrambles to find who is behind the threat and hopefully no lives will be lost in the process.

In 2008, the film Taken changed Liam Neeson’s career forever. Taken was released in France nearly an entire year prior to being released here in the States. The film became a huge box office success and made Neeson the new face of action. Ever since the success of Taken, studios have been attempting to copy the winning formula with similar films. They have also been cashing in on Liam Neeson’s new found action hero image. There is no doubt that the release of Taken lead to several other films that include, but are not limited to Unknown, Taken 2, and now, Non-Stop

The plot of Non-Stop is not original in anyway. This storyline has been tackled in several films over the years including Passenger 57, Turbulence, and Executive Decision. It seems that studios every 10 years or so decide to take older movie plots and attempt to bring them up to date. These new films usually showcase some new form of technology and a bankable star that serves as the film’s lead. Nine times of out ten, the result is something that is entertaining and fun, but is also silly, mundane, and forgettable. This just so happens to be the case with Liam Neeson’s latest film, Non-Stop.

Now, I am not saying that Non-Stop is a bad film. The film definitely serves its purpose to be fun, entertaining, and intense. For those who don’t normally watch action thrillers, they will find Non-Stop to be a lot more enjoyable than those  that see several of these types of films a year. The whodunit element is clever enough to keep most audiences guessing and the film is definitely an intense thrill ride that will keep the typical moviegoer on the edge of their seat.

I must give Liam Neeson some credit by saying that the man can definitely pull off these bad ass roles. He is great as Bill Marks and when he yells and holds a gun, he definitely comes off as intimidating. I think Neeson sells these movies based on how he simply looks and fits the part. It doesn’t matter how stupid the storyline is, but rather how believable the lead is in the role. It needs to be said that while most of Neeson’s action roles aren’t well scripted, he does what he can to sell his character.

A lot of film buffs like myself were calling this film, Taken on a Plane, which is what Non-Stop basically is. One of the main reasons why the original Taken was so successful is because it was so simplistic. A man named Bryan Mills finds out that his daughter has been kidnapped and sets out to find her and get his revenge. That is all there was to Taken, no back story, no character development, and  no explanation. It worked simply as a revenge tale without an elaborate story.

The script of Non-Stop serves as the film’s weakest element. The screenplay written by Ryan Engle, Christopher Roach, and John W. Richardson is all over the place and makes little to no sense at all. A simple story is really all we needed, however, the plot tries to be extremely complicated when it doesn’t need to be. The bad plot only becomes more noticeable with a series of bad jokes and stereotypical airline passengers that become crucial parts of the story. There are plenty of eye rolling moments, however, the worst scene has to be when Bill tries to get the passengers to listen to him. Bill makes a speech saying that the airline will give all of them one years worth of international flights for free when they land. If that scene wasn’t stupid enough, a few moments later one of the passengers asks another passenger, if Bill lied to them about the one year of free flights.

By the time the grand reveal occurs in Non-Stop, I couldn’t suspend my disbelief any longer. I found myself questioning things and noticing all the film’s enormous plot holes. When we as audience members find out the motive to why the entire hijacking took place; it is a cringe worthy moment. The reason without giving anything away felt incredibly cheap and contrived. Non-Stop’s script fails at giving its audience a satisfactory resolution. All we get is a brief and quick background on Bill’s character, as well as brief background stories for various other passengers. The entire reasoning for the hijacking was summed up in a few sentences that you could have easily have missed. It felt like the writers just came up with the motive on the fly.

All in all, Non-Stop is an edge of your seat thriller that will keep you entertained as long as your don’t try to think. Liam Neeson does a solid job as the film’s lead while every other actor is completely underused and wasted. Non-Stop would have benefited greatly from a simplistic story like the one in Taken, however, the writers tried way too hard to be clever. The end result is something that at times is laughably bad, but ultimately leaves you feeling entertained.

MovieManMenzel’s final rating for Non-Stop is a 6 out of 10. 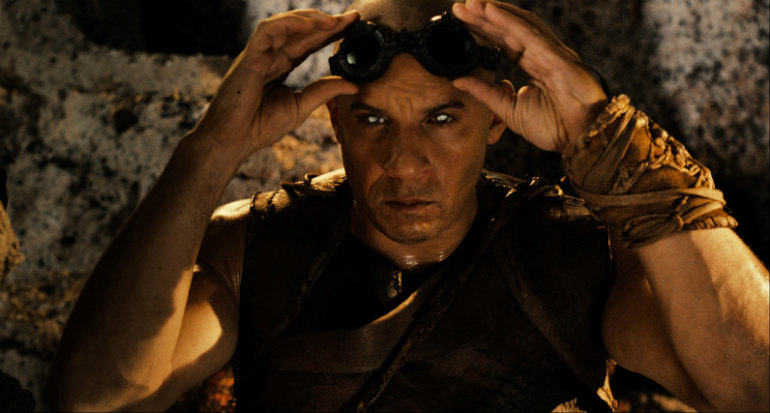 I will look for you, I will find you, and I will kill you even on an airplane. While on-board an international flight to London, air marshal Bill Marks ( Liam Neeson) receives a series of text messages demanding $150 million dollars or t...
0
Average User Rating
0 votes
Please sign in to rate.