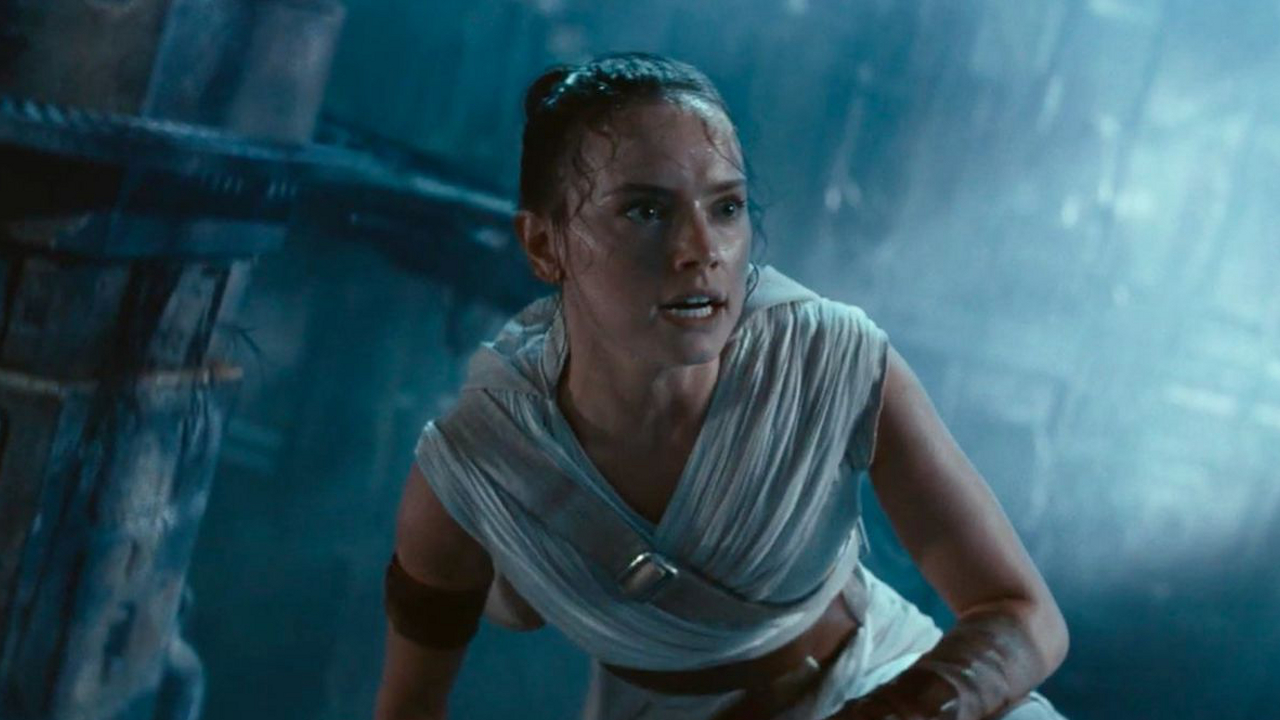 The Force is Overloaded in Epic “The Rise of Skywalker” Endgame

Like George Lucas’ “it’s like poetry” mindset, history tends to repeat itself with the Star Wars faithful. Ewoks, the prequels and most recently, The Last Jedi have all been subjected to a love-hate debate over the years. Even two years later, the polarizing Rian Johnson chapter remains a hot-button subject among the fan base. For the franchise’s final episode, The Rise of Skywalker, director J.J. Abrams reignites his initial vision from The Force Awakens. And as the saga’s credits roll for the final time, one can only hope for satisfactory closure to over 40 years worth of space fantasy lore.

One year has passed since the event of The Last Jedi. Legendary Jedi Master, Luke Skywalker is no more. The First Order, led by Kylo Ren (Adam Driver), reigns over the galaxy, while the Resistance continues to lick its wounds. The intergalactic struggle between good and evil grows even more complicated as Emperor Palpatine (Ian McDiarmid) and his secret Sith fleet resurface after 30 years. Since being thrown down a reactor shaft in Return of the Jedi, we just assumed the galaxy’s greatest evil was defeated. Supposedly his cackling declarations of “unlimited power” have more merit than what we’ve witnessed so far.

Much like Avengers: Endgame and the eighth season of Game of Thrones earlier this year, The Rise of Skywalker has an unfathomable weight on its shoulders. Abrams and company are tasked with wrapping up 42 years of beloved mythology. Add on top of that the countless loose threads The Rise of Skywalker inherited from The Last Jedi. Thanks to the saga’s “certain point of view” card, Abrams spends a good portion of this finale retooling many of Johnson’s subversive reveals. The erratic pacing and the structure of the sequel trilogy shifts the trilogy’s narrative weight to its climax. Perhaps that’s too much for one film to handle when we’re immersed in everything minus the kitchen sink. Ironically enough, Revenge of the Sith faced a similar situation back in 2005, overloaded to the brim with a fan service heavy conclusion to the prequels.

While The Rise of Skywalker is intended to be this big, epic finale, Abrams and screenwriter Chris Terrio are essentially playing catch-up. Rey (Daisy Ridley), Finn (John Boyega) and Poe (Oscar Isaac) make up the trilogy’s main trio. However, two films down and that Han, Luke and Leia dynamic has been conspicuously absent. Abrams rights that, sending the trio on an intergalactic treasure hunt. Pinballing from planet to planet, the trio seek to track down particular objects, while evading Kylo Ren and the First Order. Franchise veterans, Chewbacca (Joonas Suotamo), C-3PO (Anthony Daniels) and a returning Lando Calrissian (Billy Dee Williams) join the adventure, though never overshadow the new generation. After being dedicated to all nine films, Daniels has some of his franchise-best moments as the prissy protocol droid. Carrie Fisher’s presence in The Rise of Skywalker is also treated with the greatest of honor. Fisher sadly passed during post-production of The Last Jedi. However, reincorporated footage from The Force Awakens furthers her legacy as the Resistance leader and mentor to Jedi prodigy, Rey.

SEE ALSO: Review: Rise of Skywalker is a Fan-Pleasing Menace for Star Wars.

Despite being one of the longest Star Wars films, The Rise of Skywalker lacks adequate breathing room. Remember the first half of Rogue One? The concluding chapter does a respectable job building upon The Force Awakens and The Last Jedi. However, it’s always on the move, yet still manages just enough coherence. Though, there’s still minimal time to meditate on the slew of set pieces and character decisions. Heavy franchise-friendly exposition from Abrams and Terrio ends up driving the non-stop narrative. Supporting characters like Rose (Kelly Marie Tran), Maz Kanata (Lupita Nyong’o) and General Hux (Domhnall Gleeson) aren’t afforded much screen time. Even newcomers such as Jannah (Naomi Ackie), General Pryde (Richard E. Grant) and Zorri Bliss (Keri Russell) all face a similar fate. Abrams has the all the right pieces in place. The canvas is simply too small to do the entire ensemble justice.

Focus is centered around Ridley and Driver, who jointly carry the emotional weight of The Rise of Skywalker. Abrams and Terrio finally pull the trigger on some overdue personal conflict for Ridley’s Rey. Driver’s complexity has been the trilogy’s ace in the hole since day one. No longer that bratty Vader wannabe from The Force Awakens, Kylo Ren transcends into one of the saga’s greatest assets. Whether it be a second round of Force Skyping or clashing lightsabers in an oceanic duel, the two certainly bring out the best from each other on-screen.

At its core, The Rise of Skywalker is a Star Wars film through and through. Speeder chases, lightsaber duels and John Williams’ signature score beef up the spectacle as always. There’s plenty of new elements to twist the lore on its head. A Star Wars tradition for sure. However, the film’s timeless message about family, friendship and heroism is as powerful as it was in 1977. The final trilogy came and went like a blink of an eye. That doesn’t stop it from being yet another hard goodbye. We’ve been down this road before with Return of the Jedi and Revenge of the Sith. Sure there will be more Star Wars content for years to go, but this is truly the end of an era. Review: ‘The Rise of Skywalker’ Wraps Up Star Wars Saga as Undisputed Finale of 2019.