As director Quoc Bao Tran‘s The Paper Tigers proves, the coming-of-age genre isn’t limited to any specific generation and that it is possible to have comedic levity while also being reverent to the great martial arts films of the past.  It puts a refreshing spin on middle-aged men coming to grips with the idea that the glory days of their youth are well behind them and that you never forget the valuable lessons that you’ve learned from a respected teacher.

The Paper Tigers centers on three Gung-fu students, Danny (Alain Uy), Hing (Ron Yuan), and Jim (Mychael Shannon Jenkins). All neighborhood kids bonded by their love for Sifu Cheung’s martial arts. Through him, they learn about the true meaning behind Gung-fu and how using it without honor is merely just fighting. Together, they are known around the block as The Paper Tigers. The cold opening then shifts to VHS footage of the three taking on various challenges from rivals. One of these rivals is Carter, a Caucasian classmate who has so much of an affinity for Gung-fu that he practically appropriates the Chinese culture. Although, it’s clear that he is no match for Danny as he never won a match against him.

But that was the past. Thirty years later, the titular trio is far from the martial artists their Sifu Cheung trained them to be. Danny is a divorcee and unreliable father who can’t make an appointment to pick up his son for custody. Hing, a trained martial arts healer, lost his frame and now sports a toupee and a busted knee. Jim may be the only one of the three who has kept in shape but has forgotten about his Gung-fu has he transitioned to boxing.

But when “The Paper Tigers” hear about their master being murdered, they have to juggle their dead-end jobs, dad duties, and old grudges to avenge his death. 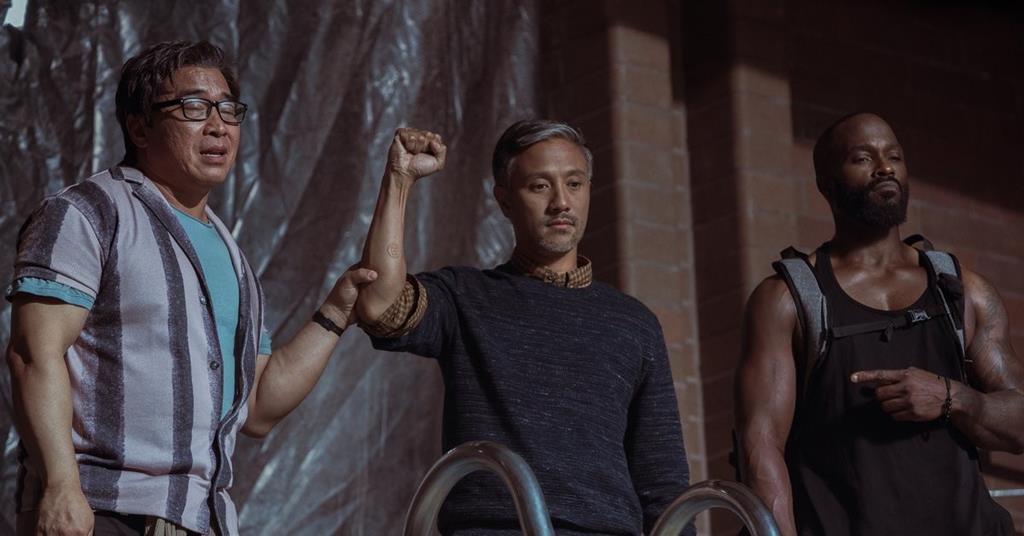 There may be nothing anything original about this reunion and coming of age tale, but it is how the cast conveys the story through their emotions that makes everything about the film all the more convincing. And Tran puts a spin on the coming of age tale with have all three be much older and learning valuable lessons about life at their age. Though they have their individual responsibilities as adults, whether that be jobs or fatherhood, they share a common love for their teacher and kung-fu.

You get what you pay for with a film like The Paper Tigers. It may be a low-budget martial arts comedy. It may not have the big budget of a blockbuster actioner, but it has a heart of gold that comes through as a beautifully written love letter to the martial arts classics of the past. Its terrific performances and poignant stories have a down-to-earth feel that also takes on the whitewashing while also embracing its intergenerational and interracial dynamics.

The fight choreography itself is equal parts action-packed and hilarious. Each of the challenges that “The Paper Tigers” take on recognizes that the three are well past their prime, and fighters will have no problem exploiting each of their weaknesses. Though they are slower and their aches and pains restrict their movements, the fights are still energetic and fluid. That becomes even more prominent as the film moves forward towards its conclusion.

Naturally, their confidence starts to grow, and their martial arts knowledge starts to come back to them as they take on more fights. And these fights are anything but conventional as they subvert the tropes about fast hands and quick feet because these aged fighters have to deal with those aches and pains. But it also shows how each of them compensates for their respective handicaps. As such, it makes the fight scenes more exciting and adds to their character development. 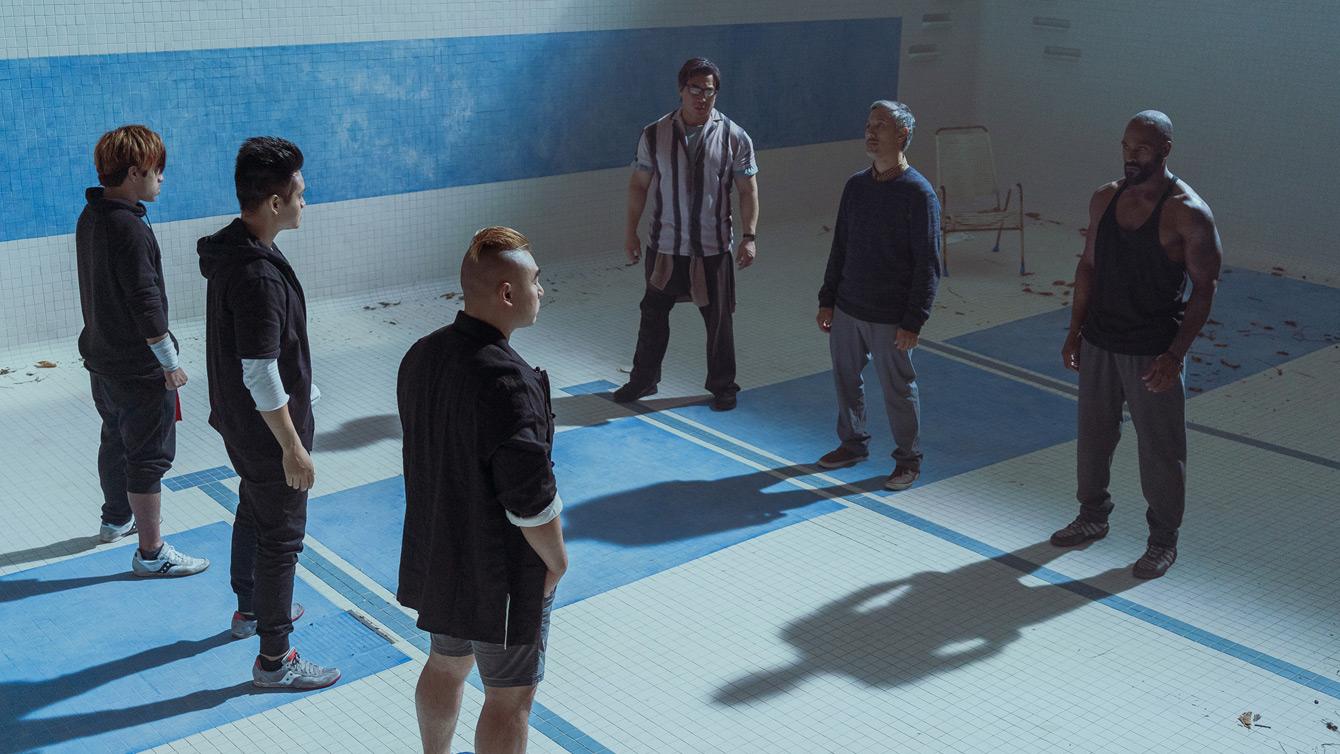 All three have gotten older, which hinders their movements and reaction times, while Jim is the only one who has wholly forgotten about Gung-fu because he’s a boxer. The shock of how much they have lost since they parted becomes a more apparent reality when they see Carter (Matthew Page) as a Gung-fu master. Their insult to injury then goes a step further as they take on challengers who are much younger and faster but show a huge level of disrespect to the art of Gung-fu.

But part of what makes the film’s fight choreography so appealing is how it uses the Paper Tigers’ fighting at their old age as a selling point. Danny cannot move like he used to, Hing worries about keeping his hairpiece straight, and Jim has no idea what he’s doing because he’s moved on to other fighting techniques. In a way, the tables have turned on them because now they are the ones who are on the receiving end of gloatalation and torment.

It’s that kind of self-reflection that helps them come to grips with the reality of the situation. It’s not so much that they’ve gotten older, but what they need to do to reconcile with what happened in the past. And it is through honor, respect for their teacher, and their love of Gung-fu that reminds them of their friendship. And it all works thanks in no small part to Uy, Yuan, and Jenkins’ fantastic chemistry.

As much as The Paper Tigers is a heartwarming martial arts story about friendship, it mostly takes place from Danny’s perspective. The film establishes Danny as the one with the most potential and the clear leader of the trio. Unfortunately, his ego led to his fall from grace. And his irresponsible behavior makes the loss even more painful. All of that makes for a more compelling story and character development as he has the biggest uphill climb of the three because of the personal demons he created back then and now.

Uy’s Danny is withdrawn and disconnected from his life. It’s as if losing Gung-fu was like losing a part of himself. There is a constant struggle to juggle his day job with being a father, and the news of his beloved Sifu’s death only adds to the stress. Hing, the voice of reason of the three, provides much of the comedy relief. But underneath that humor lies someone who misses his friends. As such, when the gang reunites, he is the glue that holds them together and constantly reminisces about the past just when things look like they are about to fall apart. Jim may be the only one of the three who is in shape but keeps his distance because of a falling out because of Danny’s transgression. 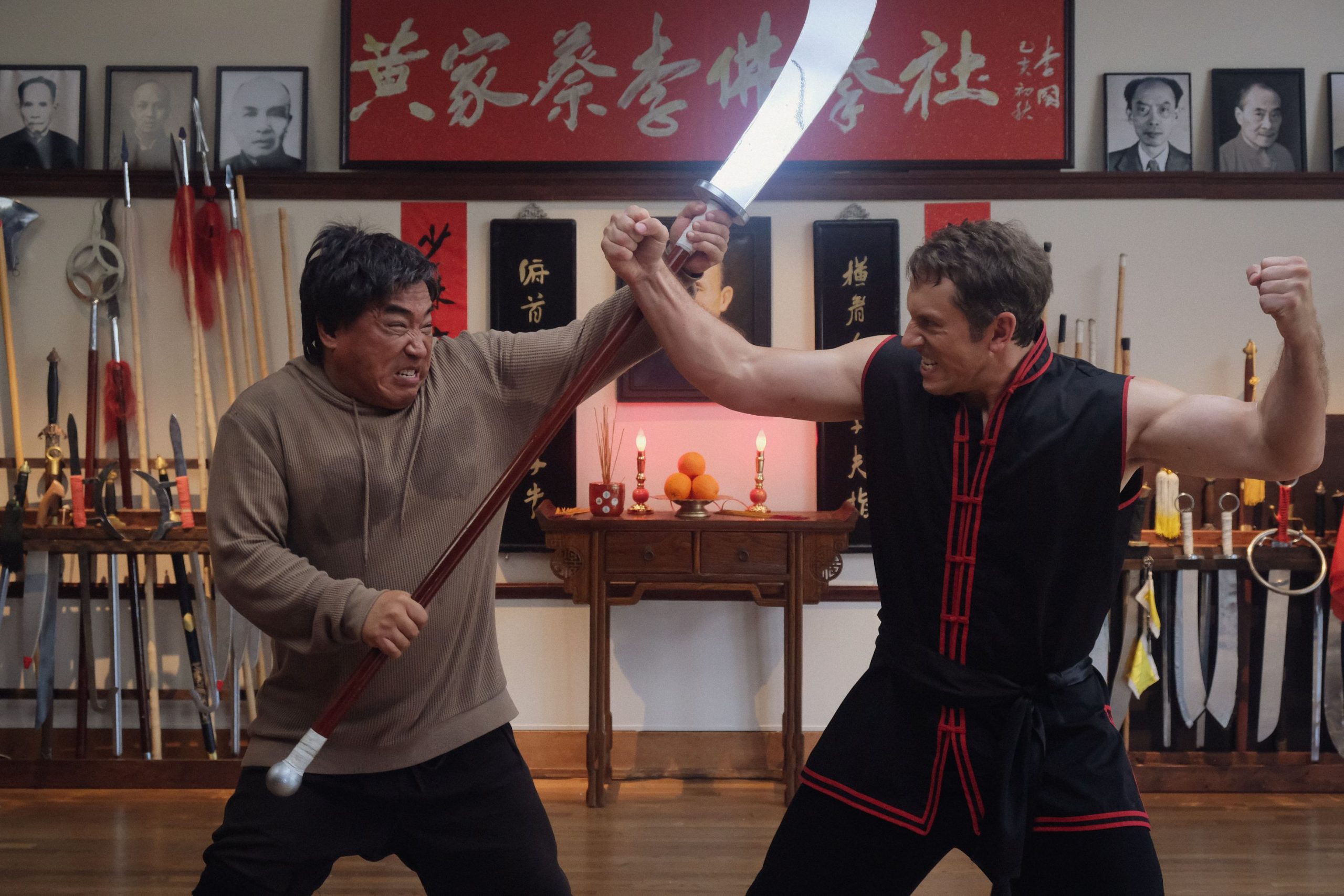 The Paper Tigers also takes a meta-approach when paying homage to the great martial arts films by riffing on westerners appropriating the films. And they do that by using Carter as a comedic conduit. His obvious appropriation of the culture through its garb and language is clearly over the top, but it is all to make a point. And while he may come off as the film’s chief antagonist, he is more of a friendly adversary to The Paper Tigers.

But some of the jokes don’t hit their mark. Additionally, the film’s choppy editing doesn’t make it move as fluidly as it should. However, it compensates for it through performances, comedy, and chemistry. And that kind of interracial chemistry is hard to come back to, especially when the humor is at the characters’ expense. Instead of laughing at them, we are laughing with them. Seeing the Paper Tigers taking the fight to “punk kids” who the Paper Tigers see as “K-Pop” rejects while being manhandled by Carter is funny. But it only adds to them overcome their handicaps and bruised egos sincerely.

Additionally, to have an interracial friendship play such a prominent role is refreshing to see. That kind of storytelling is hard to come by, especially when the director at the chair is someone who doesn’t share the experience of the Asian diaspora. And Tran brings that honesty to the film in spades while also addressing some cultural appropriation in hilarious ways.

While no film is without flaw, there is plenty to like when it comes to The Paper Tigers. It’s a heartwarming film that subverts the coming-of-age story and has no qualms about using the Westernized appropriation of martial arts films as a comedic punching bag. Uy, Yuan, and Jenkins make for a terrific trio as the chemistry between the three make a story about friendship accessible to everyone. Yuan nails it with his comedic timing to create some of the film’s scene-stealing moments, while Uy and Jenkins also provide convincing performances. 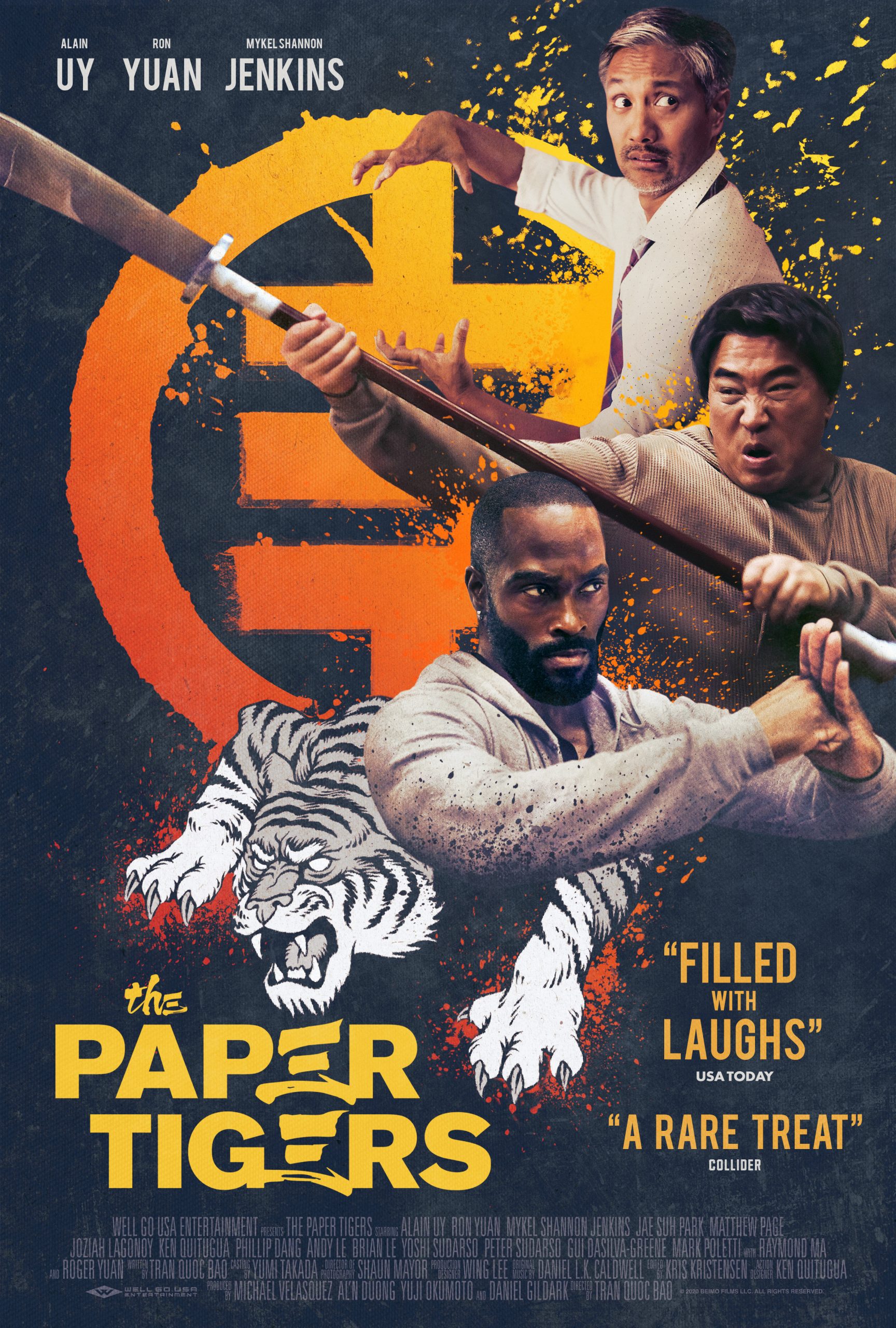 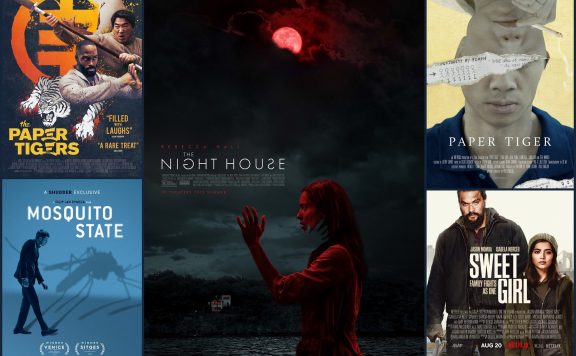