Director Scott Cooper (Crazy Heart, Black Mass) and Academy Award-winning filmmaker Guillermo del Toro (The Shape of Water, Pacific Rim) gathered virtually on Saturday for the Comic-Con@Home 2020 panel for Antlers, the upcoming film co-written and directed by Cooper and executive produced by del Toro. The film is currently scheduled for release on February 19th, 2021, and stars Keri Russell (Star Wars: The Rise of Skywalker) as a small-town school teacher, who along with her brother, the town’s sheriff (Jesse Plemons), become concerned about a young boy who is haunted by the Wendigo, which is a mythological creature from Native American folklore. The panel began with a featurette about the film, that included some new footage not previously available in the trailers, and interviews with Cooper, del Toro, and Kerri Russell.

Before discussing Antlers, the two acclaimed filmmakers started off by answering a series of various questions including, if you could direct any TV series, what would it be? Unsurprisingly, del Toro chose some of his favorite shows from his childhood such as Night Gallery and Kolchak: The Night Stalker. Both directors were also asked, what movies they have seen the most? Cooper answered, The Godfather I & II, Jaws, and The Conversation, while del Toro said, The Creature from the Black Lagoon, The Road Warrior, Catch Me if You Can, Blade Runner and Frankenstein. Del Toro also confessed that he is a believer in physical media and has over 7000 DVDs and Blu-rays in his collection. He also admitted that he misses DVD commentaries and makes a point to watch three movies a day.

When asked his favorite ride at Disneyland, del Toro answered, “The Haunted Mansion, of course.” But Cooper had to admit that he has never been to Disneyland, and del Toro invited him as his guest, once it is safe to attend the amusement park again. When asked about their filmmaking influences, Cooper said that for him it was Francis Ford Coppola and Ridley Scott, while del Toro said his influence were Alfred Hitchcock, Walt Disney, and David Lean. However, they both agreed on their love for the Coen Brothers and del Toro proclaimed, “The Coens are the best living filmmakers right now.” Finally, when asked about dream projects that they would love to make, del Toro answered his long-rumored adaption of ‘At the Mountains of Madness,’ and a remake of Frankenstein, while Cooper mentioned he would like to do a biopic about iconic poet Edgar Allen Poe’s time as a young cadet at West Point. 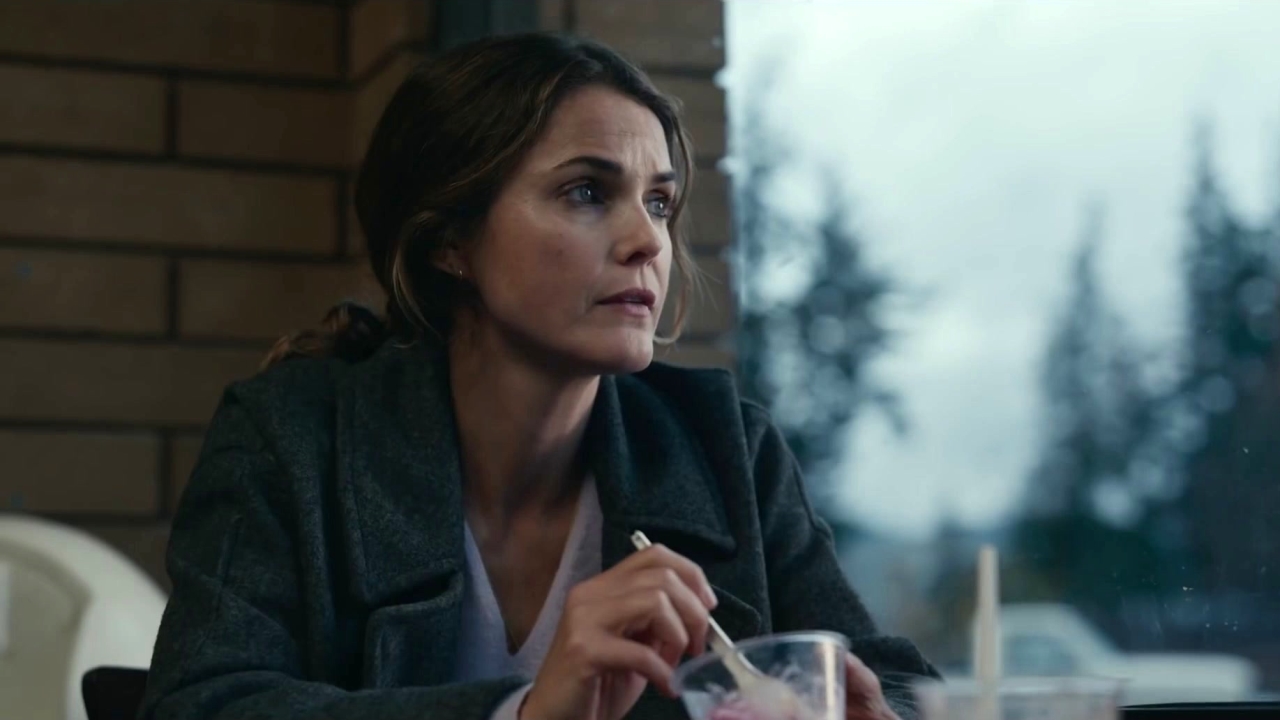 The subject then turned to Antlers, and Cooper discussed the themes of the movie. “The film looks at the heart of what it means to be an individual in America today and all of the crisis we are facing, quite frankly. The climate crisis, drug addiction, our treatment of Native Americans, and object poverty. All of those things, without hopefully feeling like a message film, are wrapped into a monster film,” he explained. “I think horror is contextual always,” added del Toro. “It’s based on a short story, but Scott made it part of the Scott Cooper universe. People ask why I produce, and I produce to learn from other filmmakers.  I was watching the dailies religiously looking for that ‘Scott Cooper moment” and I couldn’t find that certain energy I’ve seen in your other movies. Then you showed me your assembly and I said, oh, yes, this is a Scott Cooper movie. So, it exists in the same world as Out of the Furnace to me. For me, it’s like a continuation of your previous work, but it is a proper horror movie.”

Cooper continued to discuss the plot of the movie, and the use of Native American folklore as the film’s antagonist. “In this particular film, while I wanted it to be really quite horrific and terrifying, I wanted us to really feel what it is to be an American today, and also show the world the way it really is,” explained Cooper. “You see a young boy who is in a great deal of pain and is dealing with a lot of familiar issues. You also come to understand that the Wendigo figures into the film. Now, I thought that the Wendigo was somewhat of an allegory or folklore, but I found out from our Native American advisors that First Nations in Canada and Native Americans really believe this. So, the Wendigo figures into the story and it is a murderous spirit summoned by nature to seek vengeance on a callus mankind. It’s clear that we are abusing Mother Earth, we’ve been abusing Native Americans since we first came to the shores of America, and people are abusing drugs. So, that really just hovers underneath the surface because the Wendigo represents greed and colonialism.”

“I think there were two things that really compelled me about the myth,” del Toro said. “The Wendigo, the more he eats the hungrier it gets, and the more it eats the weaker it gets. That is a metaphor for the world we live in now. There is a lot of family rage in the movie. Every character in the movie is enacting or suffering from family rage of some kind. It’s essentially a lot of broken characters trying to come together. It was one of the great pleasures to produce this movie with Scott, and I was very happy with the way he handled the rage. It’s like, if you loved something, would you be able to kill it? That is the central question of the movie, and it is very personal to me because in a way, I asked that question with my first film Cronos. So, this had echoes of that for me.” 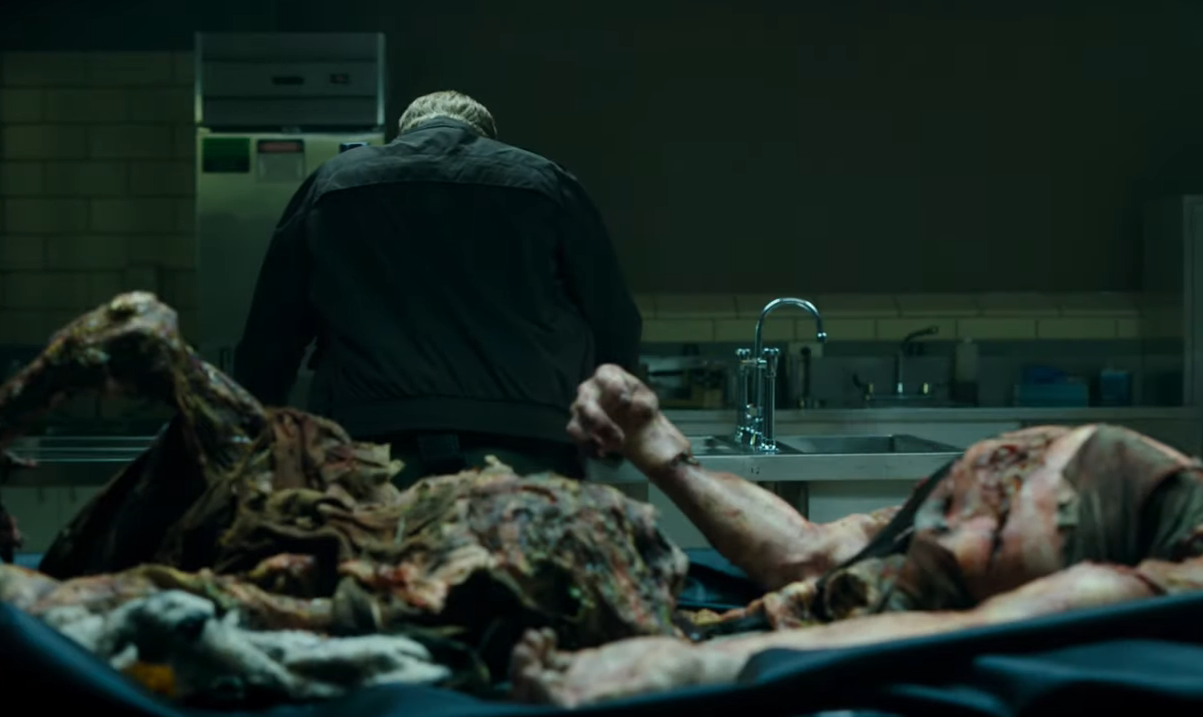 As a master of creating and designing creatures for his films, del Toro discussed the concept and design for the Wendigo in Antlers. “The Wendigo has very specific cues that you have to follow,” the director explained. “The way it is described, you have to follow those concepts. For example, the antlers are a must. When we were creating the creature with everybody I said that we have to remember that we are not creating a monster, we were creating a God. So, the design needed to have elements that were completely unnatural, that are almost surreal or abstract. At one point, they were trying realistic antlers that looked like real bone. I said, no, the bone needs to look like coal, like in a mine. What I loved is that the designers didn’t approach it with any fear, they approached it with glee, which allowed everybody to come to the table and bring their best game. So, we needed to see him and see that he looks ancient, powerful, and one with nature. So those were all things that we were doing.”

Cooper mentioned that he usually writes with particular actors in mind, which is why he cast Jessie Plemons, who he has worked with twice before. He also said that he had actress Keri Russell in mind and the director explained why. “I had her in mind for a long time simply because she is such a relatable actor. Not only with the audience, but also with other filmmakers and actors. I felt that she was someone that the audience would love, as they always have ever since Felicity. But it seemed really fresh to see her as a teacher who has come back to this small town in Oregon, who left for reasons we will discover, and have her reconnect with her brother, played by Jessie. Because I use to be an actor, Kerri and I speak the same language, so it was quite easy and really a pleasure working with her.”

Finally, both filmmakers were asked about upcoming projects, and Cooper mentioned that he has two scripts that he would like to do with Christian Bale, who he worked with on Out of the Furnace and Hostiles. He also said that he has a script with actress Elisabeth Moss attached, and another project that he is working on now, but it all depends on the Coronavirus and when production begins again. Del Toro, who had already begun making Pinocchio when the virus stopped production, talked about the difficulties he faces finishing his movie. “We’ve been going through more schedules than ever,” the filmmaker explained. “I was saying the other day, the blessings of having this cast is amazing, but the difficulties with scheduling are enormous, because everybody is in demand. So, you have to work around everybody’s schedule. But, I would like to think that for any problem in any movie there is one simple and graceful solution, and sometimes you don’t find it right away. I find that filmmaking is the art of extracting beauty from adversary.” 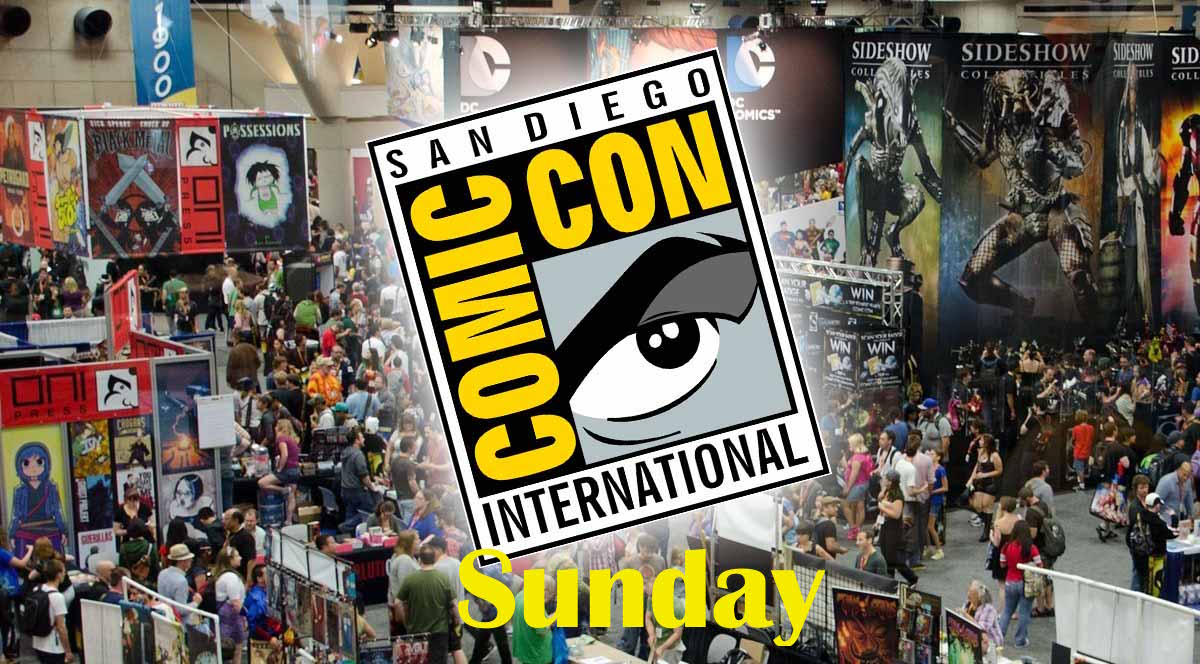 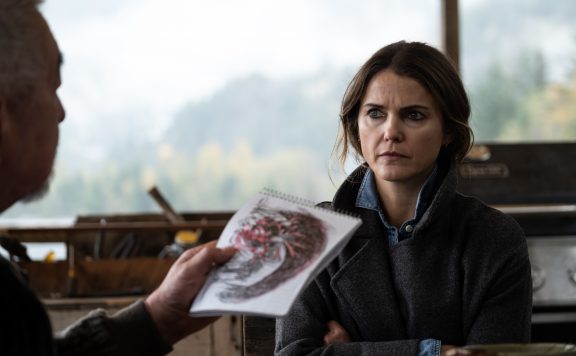 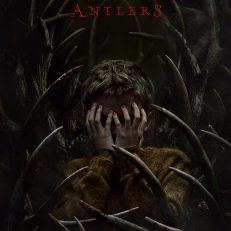 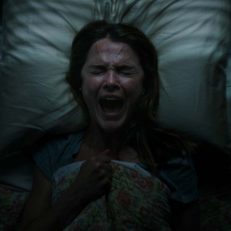 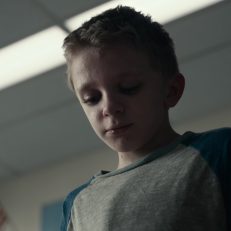 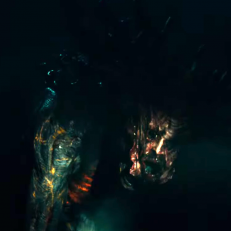 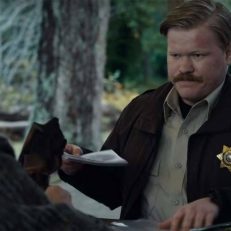 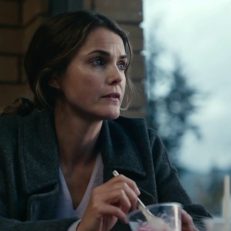 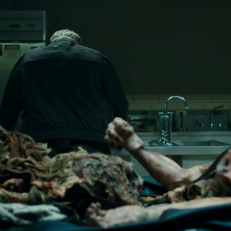 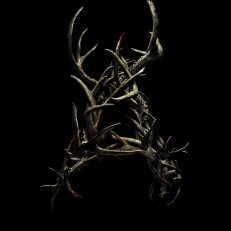