There has been so much talk about Spring Breakers ever since it premiered at Toronto back in September of 2012.  I have been reading a lot about the film and it seemed that this was a film that had audience’s divided which knowing Harmony Korine as a director this seems to be his goal. After seeing the original trailer and then the red band trailer, I honestly had no idea if this movie would work for me or if I would completely hate it. My gut was telling me the latter but since I was seeing the film with two friends, both of which who were pumped to see the film, I went into the movie hoping for the best.

At the premiere at SXSW, I sat about 8 feet away from James Franco, Ashley Bensen, Selena Gomez, Rachel Korine, and of course, the film’s director/writer, Harmony Korine. The audience in the theater was extremely pumped for the film and it was definitely a packed house. Spring Breakers is the near perfect film to showcase at SXSW since it’s all about music and partying and lets face it to most that is what SXSW is all about. There is no doubt in my mind that premiering Spring Breakers at SXSW while the entire city of Austin was on spring break was a brilliant choice by the programmers of the festival.

Spring Breakers follows four teenage friends, who are dying to go on spring break. Brit (Ashley Benson) and Candy (Vanessa Hudgens) are your stereotypical horny teenagers that don’t care about school but instead would rather fuck and party it up 24/7. Faith (Selena Gomez) is more of the innocent one of the bunch with a religious background and all. It isn’t quite explained but Faith is somehow friends with Brit and Candy. As for the fourth girl, Cotty (Rachel Korine) there isn’t any backstory with her character but instead it just seems as if she is the most rebellious out of the bunch. Together these four friends set out to have the ultimate spring break no matter what it takes.

After the first 15-20 minutes of the film, I began to wonder where the film was going and began to hope that I would be seeing more than a bunch of naked women partnered with a hip soundtrack and score.  It is about at this point in the film, where James Franco’s character enters the film.  Franco plays Alien, a hustler from Florida complete with corn-rolls, a grill, and plenty of horrible dialogue. It is here where Alien becomes friends with the girls and takes them under his wing.

The rest of the film is just a composition of randomly placed scenes filled with nudity, violence, drugs, drinking, music, and a whole lot of slow motion and montages. The film at moments seemed like it’s going to go in a completely different direction than what I expected but instead it missed the boat entirely. All of the film is told through voice over with several moments of the film featuring audio from the girls making phone calls home to tell their mothers or grandmothers telling them how amazing their spring break is.

As I said earlier, just like after its screening at Tiff, this film had a mixed reaction from its audience at the Paramount Theater in Austin, TX. I heard several people around me say that it was awful and that that they would never pay to see shit like that.  On the flipside, there were others who seemed overall thrilled with the final product. Once the film ended, I personally found myself wanting to escape from the theater as soon as the film’s credits began to roll but instead I remained in my seat to hear what exactly Harmony had to say about the film.

As Harmony Korine took the stage to start his Q&A, one of the first questions about the film was about the idea for the film. Korine labels this film as his vision of the “dream” and stated that he did a bunch of research about the spring break and what goes on. There is no doubt in my mind that Korine captured the essence of what happens on spring break, but the problem for me was that he did nothing else with the film. This entire film is filled with the most unlikable and ugly characters that lack any form of common sense at all.

Some would argue that the film isn’t degrading to women because it truly does capture the idea of “spring break” perfectly for those who like or do that short of thing.  I guess if you put it that way, I agree. Is it sad that people act like the way these girls did in this film, absolutely, but a film can’t degrade people who are already degrading themselves.

The film, however, is degrading to Gomez, Hudgens, and Benson because after this film I can’t view them as actresses but rather as porn stars. To me, the image that I once had towards these once innocent actresses like Selena Gomez, Vanessa Hudgens, and Ashley Bensen is now completely gone. While it was probably their goal to do this, I honestly lost all respect for them as actresses. After seeing this film, I won’t be able to think of them as “actresses” but rather just three desperate for attention women trying to destroy their “innocent Disney image” by starring in complete and utter crap that just exploits them as not only women but as actresses.

I understand this is a spring break movie and I am not naïve that what is shown in parts of this film happens in real life. Sure, there is sex, drinking, drugs, partying, and music. I get that yes, this stuff happens during spring break but the problem here is that there isn’t enough of substance in the film. This film attempts to incorporate violence and some sort of social commentary but it goes way beyond reason that you can’t take the film seriously at all. It instead becomes a montage of music mixed with images and repetitive voice over.

The script for Spring Breakers seems almost nonexistent. The film, as I mentioned above, is just a bunch of images thrown together with music and voiceover. The film’s dialogue is bad and most of it seems to be on repeat. The film uses that technique over and over again causing you to wonder why the hell does the film keep repeating things so much. The line, “Spring Break, Spring Break Forever”, which is featured in the trailer must be said over 10 times within the film itself. The film also has another scene where the girls keep causing Franco’s character scaredy pants. It becomes so incredibly annoying after a while.

One of the most frustrating things about Spring Breakers for me is that the film has no idea who its core audience is. If this is geared towards that group of people who just want to have sex and party it up, well the so-called “dream” satire will surely be lost on that audience. I highly doubt that core audience that is interested in seeing this film will understand and appreciate the so-called hidden message that Korine is trying to convey about society.

As for me, I personally found this statement to be weak. I have seen several films perform as a satire to pop culture such as God Bless America, but this film failed as a satire in my eyes. The film just felt like it was trying so hard to shock audiences with a lot of sex and seeing “Disney Girls Gone Bad” with the incorporation of a hip soundtrack in the background. The one scene that I enjoyed in this entire film was the completely random scene featuring Alien and the girls singing “Everytime” by Britney Spears. The scene comes out of absolutely nowhere but the way that it showcased playing over a robbery scene and Franco singing on the piano was just funny and unique. It reminded me of the idea that you can totally change a scene’s tone by the type of music that is playing during the scene. I thought that scene was both creative and memorable.

While some audiences might find things about this film to be shocking or weird, I truly felt like this film was just trying to disguise itself as an art house film when it is truly a mainstream film. A lot of people have been calling this an exploitation film, which based on its definition it definitely is, but does that truly make it good? I have seen several exploitation films that I have enjoyed that contain something shocking or deliver some sort of cohesive story. There is nothing like that with this film. Its intention was clearly to shock those who watch it and show characters with no goals in life.

What makes it even worse is that Spring Breakers was incredibly disoriented. It had no idea what it wanted to be. There are serious moments in the film, there are comedic moments, and there are some action packed moments. The film is all over the place, not only with its story but also with its tone. There are times where I was watching the film and had no idea if I was watching The Real Cancun or if I was watching Sugar and Spice. It just jumps all over the place and tries to think its clever by not fleshing out any of the characters or what happens to them throughout the film.

The other thing besides the “Everytime” scene that I will give the film credit for is that it really does create a love/hate relationship with its audience. It is definitely a film that gets audiences talking. The film is definitely one that is somewhat memorable, but not because it was good, but because it has that “What the fuck, did I just see” effect on its audience. It is a film that you can probably devote an entire podcast to and just get a bunch of people together who loved it and a bunch of people who hated it to discuss their feelings. I personally would find it interesting to hear both sides but the one thing that I learned so far is that the people who liked it can’t really define why, other than stating something like “I liked Franco.” The few others who I spoke to have stated things like “it was rather entertaining” or “I liked the dream idea, even though it’s extremely far fetched. “ Its interesting to see a film that gets people to like it yet so few can say why.

In conclusion, I truly hated Spring Breakers and found it to be a disgrace to filmmaking as a film lover. It is more like a 92-minute music video featuring every teenage boy’s wettest dream. The film is nothing more than a montage of sex, drugs, and violence all with the backdrop of spring break. It not only becomes tedious and repetitive, but also just feels as if it is trying so hard to mock American culture.  It is one film that will definitely get audiences talking; I just wish it were about something important rather than people acting like fools over spring break. It was definitely a film that will keep audiences divided but those who are looking for any sort of substance or story definitely look some place else.

MovieManMenzel’s final rating for Spring Breakers is a 3 out of 10. 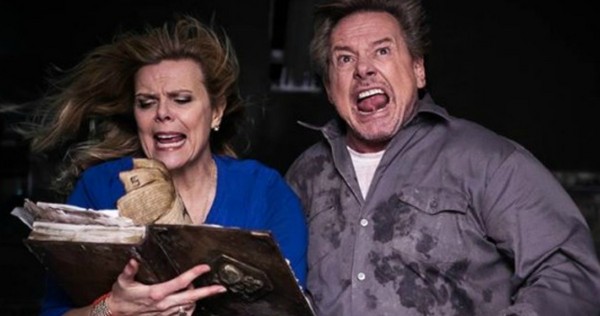