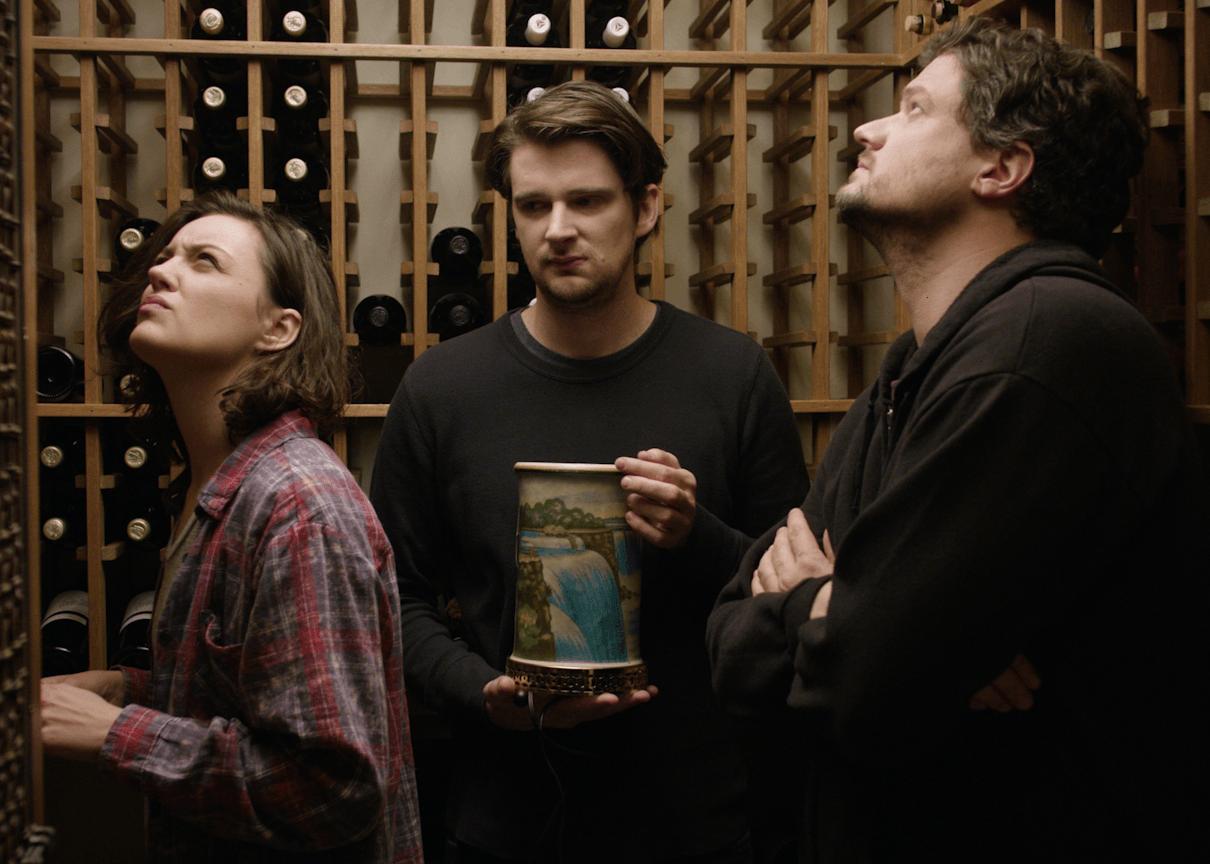 A Bad Idea Gone Wrong came highly recommended from a friend at the festival so we had to add it to our list. Desperately in need of a great comedy, A Bad Idea Gone Wrong was the perfect little film to see. The film tells the story of two best friends looking to plan a robbery so they can use the money to get out of town. These characters are the furtherest thing from menacing, but rather two lost people looking for some way out. Marlon (Matt Jones) and Leo (Will Rogers) are planning a robbery when Leo finds the perfect house, Little does Marlon know, Leo’s selection of this location may have been lead by other motivations.

What seemed like a simple plan becomes a quick disaster when they enter the home and through a series of events, Marlon accidently sets the house alarm leaving them trapped inside the house. To make matters worse, they are not alone. The house sitter, D’Arcy (Eleanore Pienta) is also there. Marlon and Leo determine they need to tie her up but only afterward realize that she could help get them out. The three embark on a journey to get out of the house without setting off the alarm. There is a lot more to the story but I won’t ruin it by saying any more about the plot.

A Bad Idea Gone Wrong is incredibly charming with fun and interesting characters. The dialogue is sharp and well-written, and the story is relatable, hilarious and engaging. It keeps your attention from start to finish. The performances by the actors are spot on. They have great chemistry together and weave a fascinating story. Leo and Marlon bounce off each other nicely and have a great rhythm to their humor. They are both different but equally funny characters. Eleanore is great as D’Arcy.

This is one of the funniest films I’ve seen in a while. The characters are so well-written, and the lines expertly delivered make A Bad Idea Gone Wrong an enjoyable film to watch. This film also has some of the funniest lines. When discussing how to escape and why the gated community leads to another gated community Marlon asks “what are there marauding gangs of Volvo drivers out there?” It was spot on and hilarious. Marlon also refers to the robbery as the “saddest heist of all time.” Balancing out the humor, the film really has quite a bit of heart. The friendship between Marlon and Leo is really strong and shows they both care for each other.

Overall, A Bad Idea Gone Wrong is one of the best and most enjoyable films to come out SXSW this year. It’ll make you laugh and take you on a pretty fun journey in the end. The writing and direction by Jason Headley is perfection and I’d watch this film again any day.