Ah, good old Adam Sandler is well underway with his four-film contract deal with Netflix. Back in December the first film in the deal, “The Ridiculous 6,” came out and received an almost unanimously negative response while also becoming the most streamed film on Netflix, according to their statistics. Personally, I wasn’t as negative towards the film as others were, but I recognized that it wasn’t a very good film. With the second film in the contract, “The Do-Over,” my expectations were higher than normal. Aside from the fact that the writers of the film aren’t a part of Sandler’s typical crew of writers, the movie also looked entertaining to me, to say the least. Plus it helped that, like one of my personal guilty pleasures in the Sandler catalog, 2012’s “That’s My Boy,” this was going out for an R-rating rather than the typically safe PG-13. With these elements, I was hoping for some amount of enjoyment in this latest foray from the notorious comedian.

The story of the film surprisingly doesn’t begin with Sandler’s character being down on his luck. That role belongs to fellow SNL alum David Spade. Spade plays Charlie McMillian, an unhappy bank manager who wife neglects him, still remains rather close with her ex-husband, and is despised by his step-kids. All is frustrating and unfulfilling until Adam Sandler’s Max Kessler shows back up into his life. After a couple of nights of partying, debauchery, and liberation, Max decides to help Charlie get out of his life by doing the simple act of faking their deaths. Things get crazier and way over their head after that, and in typical Sandler fashion, hijinks ensue. 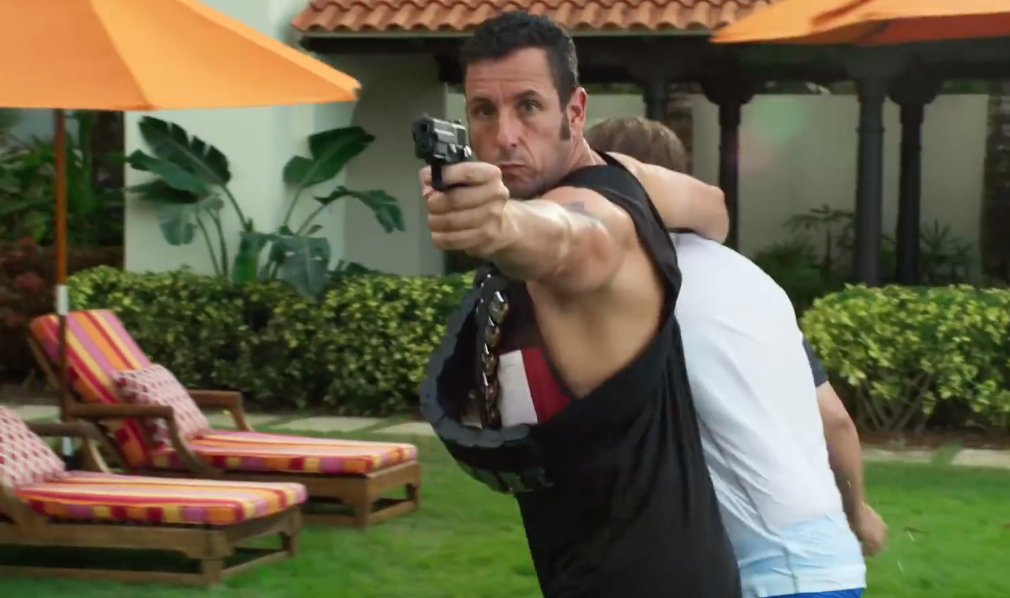 The thing that is most upsetting about this movie overall is the amount of potential it had. Believe it or not, Sandler and Spade are actually decent actors, so to see them try something a little different than their typical collaborations. The story itself is actually fascinating and could generally work as a pretty solid comedy-thriller. Unfortunately, and this could be at the fault of the screenwriters along with Sandler himself, a decent amount of Sandler’s usual schtick, now cranked up to the extreme thanks to the R rating, gets splattered in when it didn’t need to be there. Seriously, I didn’t need to see Luis Guzmán’s ballsack dripping sweat over David Spade’s face, nor did I need to see the overly saggy, veiny, and enlarged breasts of Sandler’s mom in the film, played by Renée Taylor. Yes, ladies and gentlemen, these are some of the visuals that you are in store for when you sit down to watch this movie.

Performance wise, Sandler and Spade are pretty good. They’re not exactly amazing performances, but for the material given, it’s easy to tell that the two are having a good time and are doing the best they can do with what they’re working with. Paula Patton plays Spade’s love interest for the film, and she’s fine in it. It might sound unbelievable and absurd that Spade and Patton would end up together, but this movie actually gives something of an explanation of that, which was nice. Kathryn Hahn shows up in spots throughout the movie, and she, too, is fine in her role. Other actors like Natasha Leggero and Nick Swarsdon are also in the film, but to the audience’s advantage, they’re in it for not too long. 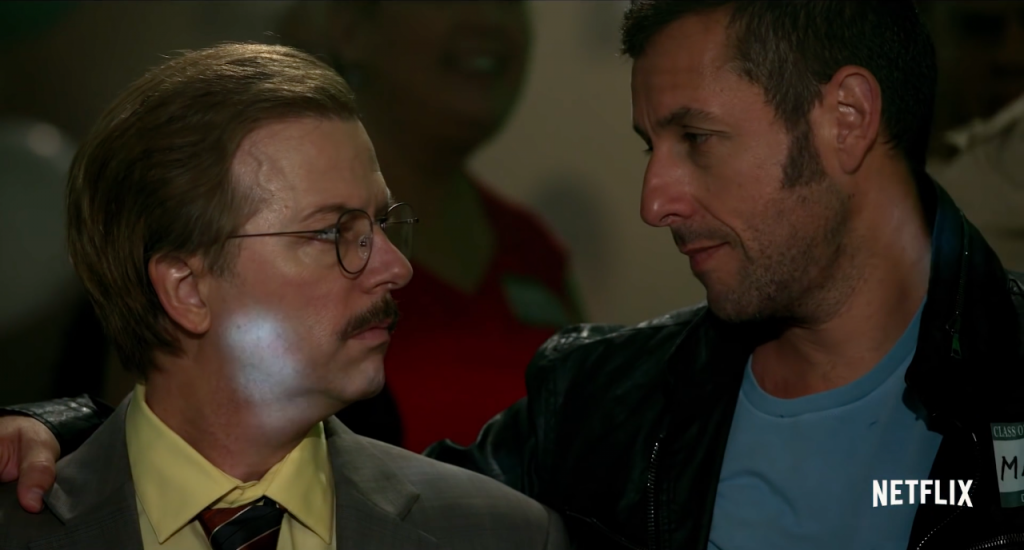 There are action sequences that happen in the movie that are somewhat entertaining. They’re nothing exhilarating or suspenseful, but for a movie made on a smaller budget and has the look of something you’d find on TV, I thought they were well executed. Another element that was done moderately well was the dramatic aspect in the film’s second half. Without spoiling anything, the story delves into a dramatic twist that makes Sandler’s character seem empathetic in terms of why he’s doing certain things. And, to my surprise, it actually made sense in the context of it all. It never felt like a cheap way of making a twist happen for the sake of a twist. Was it manipulative? Sure, but I thought it was executed well enough where it was somewhat believable.

It might sound like I’m recommending “The Do-Over” overall, but I’m not. Even with the positive and refreshing aspects the film itself has, it ultimately lands as yet another unfunny Adam Sandler movie. Aside from maybe a couple of jokes that got a chuckle out of me, everything else felt predictable, obvious, stupid, or all of the above. Jokes about tongue piercings could be funny, but the way this film did it made it all seem incredibly obvious. The movie tries to feel cinematic, but ultimately it feels like it belongs on TV. Then again, this was made by Netflix, but at least “The Ridiculous 6” had a cinematic look to it. I’ll give more credit to this movie for at least trying to be a different type of comedy for Sandler and co. to tackle, but at the end of the day, I’d say this is just about on the same exact level that “The Ridiculous 6” is. It has entertaining and interesting aspects to it, but ultimately it just felt run of the mill and forgettable. “The Do-Over” didn’t irritate me the way something like “The Angry Birds Movie” or “The Finest Hours” did, but it left me feeling sad because of the potential it had to have been legitimately good.

“The Do-Over” – Review By Zachary Marsh

Ah, good old Adam Sandler is well underway with his four-film contract deal with Netflix. Back in December the first film in the deal, "The Ridiculous 6," came out and received an almost unanimously negative response while also becoming...
0
Average User Rating
0 votes
Please sign in to rate.