We Summon the Darkness is set in the mid-1980s, at the height of the “Satanic Panic” when hard rock music was accused by parents, the media, and religious leaders as being a gateway to the dankest depths of depravity.

Tough cookie Alexis (Alexandra Daddario, Texas Chainsaw 3D) is the ringleader of a clique of teenage metalheads in Indiana and her dad, Pastor John Henry Butler (Johnny Knoxville, Jackass 3D), is a fire-and-brimstone TV preacher who rails against the corrupting influence of evil riffs on God’s most innocent lambs. The unlikely pair don’t come together until the end of the movie, but what leads up to the odd family reunion is still thoroughly entertaining. 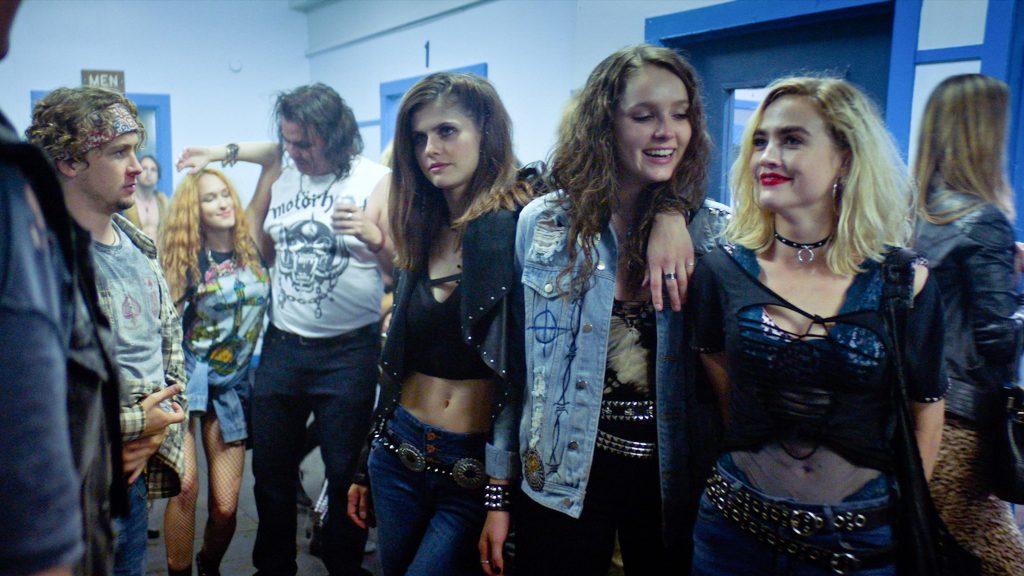 While the subject matter has been done to death, the writer and director don’t approach the material with a jaundiced eye. The characters feel fresh and fun and without a hint of winking irony. Helmer Marc Meyers is best known for his cult hit My Friend Dahmer (2017), while scribe Alan Trezza’s only other feature credit is for a zom-com called Burying the Ex (2014) which directed by horror icon Joe Dante. The pair work nicely together, but without the spot-on cast, the story may not have worked as well as it does.

The stage is set as best buds Alexis and Val (Maddie Hansson, “Mr. Mercedes”), plus newbie Bev (Amy Forsyth, “Rise”), embark on a road trip to a heavy metal music festival headlined by their heroes, Soldiers of Satan. After the show, they bond with three seemingly fun-loving young dudes and the group heads off to Alexis’s isolated country home for an afterparty. What should be a night of harmless high-jinks instead takes a dark, deadly turn. Oh, and did I mention that a killing spree of murderous Satanists has already claimed 18 victims throughout America’s Heartland? 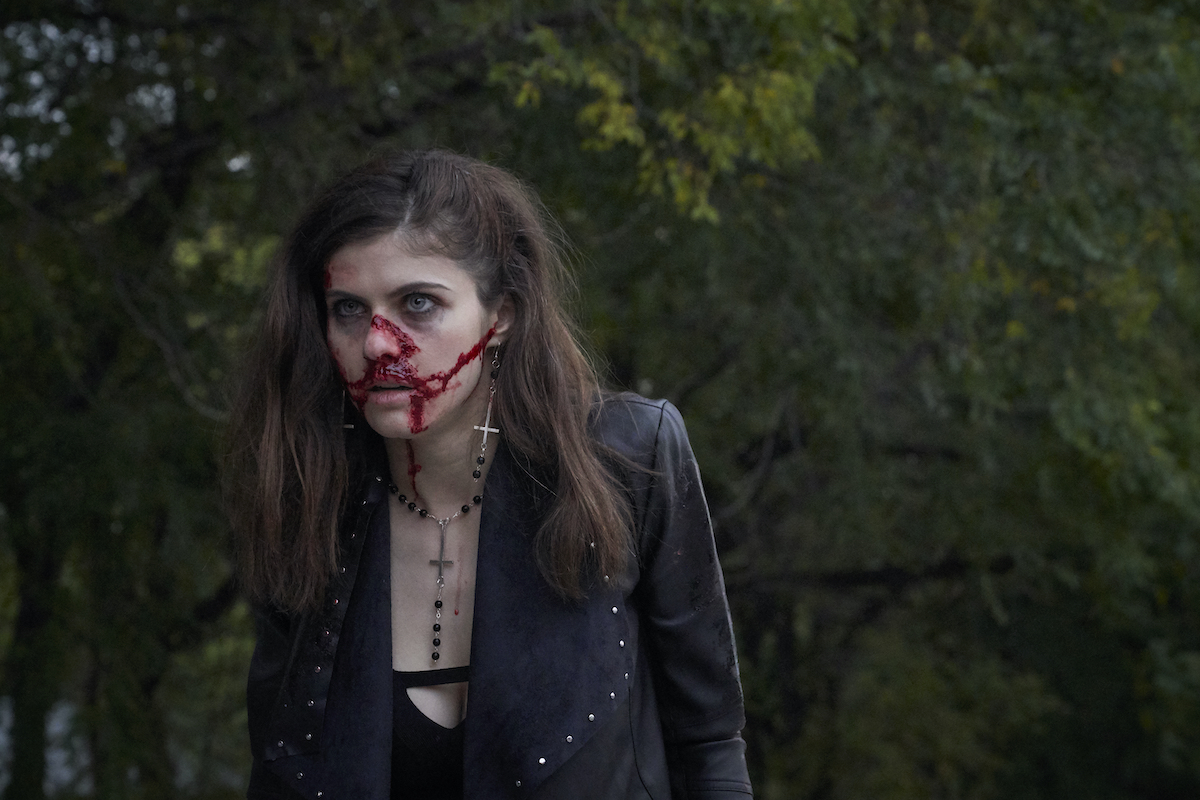 While the movie could have had more visual panache and better music, the cast more than makes up for the lack of trimmings. Daddario is clearly having a blast with her leather-studded bad-girl role, while Forsyth makes the most of her less-showy character. The real standout among the ladies is Hansson, whose maniacal take on Val is reminiscent of Sheri Moon Zombie in The Devil’s Rejects (in a good way). The young actors who play their counterparts are just as up to snuff. Ivan (Austin Swift, Cover Versions) is the most pragmatic of the three, while Kovacs (Logan Miller, Escape Room) is the requisite snarky guy. As soon as you see Mark (Keean Johnson, Midway) as not only the most handsome, but most recognizable, face you know he’s in for the long haul. And what a long haul it is—these characters are in for one helluva night!

Bloodthirsty horror fans will not be disappointed in We Summon the Darkness, but bear in mind this is a lighthearted take on the genre (Lords of Chaos it isn’t).