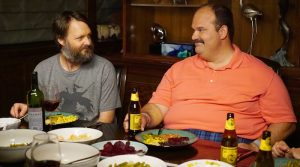 Thank God for Todd (Mel Rodriguez). If Tandy Miller (Will Forte) were really The Last Man on Earth, we’d really be in trouble. The comedy, created by Forte, is back for a fourth season with some new survivors joining the group.

I spoke with Rodriguez by phone earlier this week about the new additions to the group and his role in the remake of the comedy Overboard The season premiere also features full frontal Todd and a musical homage to the recently departed. The Last Man on Earth returns tonight at 9:30 on Fox.

WLE: Was there any rehearsal for singing “Forever Young?” 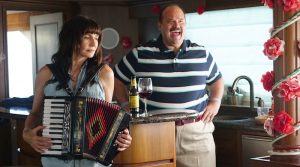 Mel Rodriguez: Not a lot. No, not a lot. It’s interesting, we kind of get these scripts spring on us pretty quickly and it’s funny because, well not so funny for Mary Steenburgen because she has to learn the keys on her accordion. I must say, she takes it very seriously so she doesn’t get a lot of time. It’s always kind of a bugout at the last minute so for me it’s really easy because I just sing “Forever Young.”

WLE: Do you have any vanity at this point about doing topless scenes?

MR: No. No, that’s completely out the window at this point. I just go with it but I have some moles in the writers room too so they have him do some interesting things sometimes. No, that’s not true. The truth is Will really goes for just about anything so I obviously just try to match him. He’s a pretty fearless dude. I’m not a huge fan of taking my shirt off but with all the things that Will has done, like wearing God, that frigging dinosaur costume for half a year in 115 degree weather.

WLE: And shaving half your heads off.

MR: And shaving the eyebrows. I’m cool with it. I enjoy it. When we’re doing this, we’re not really doing anything else so we can kind of go nuts. It was interesting that one year that we went to the Critics Choice Awards and we both had half our heads shaved and half our mustaches and our eyebrows. We were contemplating, “Oh shit, what do we do about this?” He’s really big on not giving things away but at the last minute he just decided, “You know what? Forget it. It’ll be funny. Some people will talk about it and wonder.” So we went to the awards show with half our heads shaved. We certainly made an entrance. 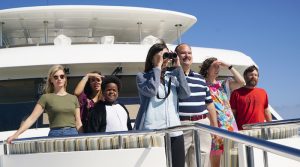 WLE: What’s coming up this season?

MR: Let’s see, what can I say? They’re so protective of storyline and plot points. What I can say is we pick up right where we left off with the nuclear fallout happening in the States. We’re on our way to Mexico. We’re getting on a boat. I can say that Kristen Wiig is back which is really great. She’s with us for a little while and then we have Chris Elliot with us for a while as well which is really neat. Having both of them was a really cool. I’ve loved Kristen Wiig forever but do you remember Chris Elliott’s show?

MR: Get a Life, right, yeah. When I was a kid I used to secretly watch it because my mom didn’t want me watching. Remember in the opening he would kick a head around like a soccer ball? My mom saw that and was like, “This show is demonic. I don’t want you watching it.” I think it was way ahead of its time. I told him that and he got a real kick out of that. But it’s nice to have them on set. They’re good people. They’re both energetically such good people to have around and they’re frigging awesome. 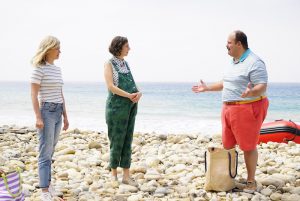 WLE: Let’s say they get to Mexico. Does that become sort of a Gilligan’s Island situation?

MR: It could, it could. I feel like we’ve always had kind of a Gilligan’s Island situation going on, right? Because we’re kind of all we have left so for better or for worse, we’re stuck with each other. I think the show actually has been compared to Gilligan’s Island. Obviously Will’s Gilligan, I’m the Skipper, January’s the movie star and on and on. Somebody did an article where they actually did all of us as the different characters. Yeah, I think it does become more Gilligany. Is that a word? Does that work?

WLE: Works for me! Are you okay on boats? 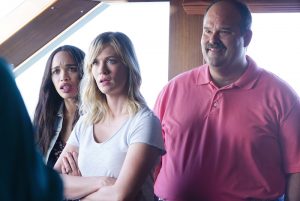 MR: I am but just before this I was doing a movie in Vancouver for two months, the remake of Overboard. I was on a boat there and then I came straight to set and was on a boat in San Pedro so I’m a little boated out. Overall, I grew up in Miami. We’ve got boats all over the place. I love being on the water. I think it’s really relaxing and cool but some people had a really rough time. Poor Kristen Schaal, she turned very, very interesting colors on the boat one day. We all felt awful for her. It’s one of those strange situations where you just want to be left alone, you feel so sick. All of us obviously wanted to help her but give her her space at the same time. She was in pretty rough shape but then something happened. It was amazing. Her color came back. It was pretty hardcore. Have you ever gotten seasick?

MR: Oh really? Okay, I hear it’s awful. I hear it’s like the worst thing ever. Just by the looks of it, it looks really, really awful. I wouldn’t want to experience. I’ve gotten too drunk and gotten sick. It seemed like that’s what it would be like but at least you’re drunk.

WLE: Was the breakup with Melissa heartbreaking because if he’d just gotten out of his own way, they’d be fine? 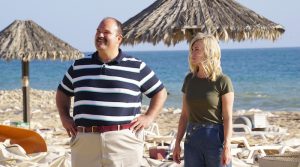 MR: Yeah, totally. [Laughs] Absolutely. Here’s the thing. It’s not like there are other fish in the sea. There really might not be. So I think the heartbreak that came along with him losing Melissa actually could’ve meant him losing any woman ever for the rest of his life. I love how the circumstances, everything on this show is charged and influenced and informed by that. The fact that this is it, like if I lose Melissa, I lose everything. It’s not like I can hope on Tinder or Bumble or Raya and maybe meet someone new. It’s a wrap. Yeah, he spun out pretty hard and I love when the writers have me spin out. I like it to some degree. It’s an emotional roller coaster as an actor and it’s a lot of work but I think they know I can do it so they keep doing it which is an honor, but it can get hard to be that emotional all the time.

WLE: Was Overboard a nice light movie to do?

MR: Yeah, totally. The roles are reversed in Overboard. Eugenio Derbez is basically playing Goldie Hawn’s character. Anna Faris is playing kind of Kurt Russell’s character so they’re switched. Then if you think about Kurt Russell’s best friend in the original Overboard, now Anna Faris’s best friend is split in two. Those two are me and Eva Longoria. We’re married and we run the pizza shop that Anna works at and I run the construction company that Eugenio Derbez works for. Yeah, that was so much lighter. It’s just kind of silly and fun and we’re kind of pulling this prank on Eugenio. It’s just him taking a bunch of unknown abuse to himself. 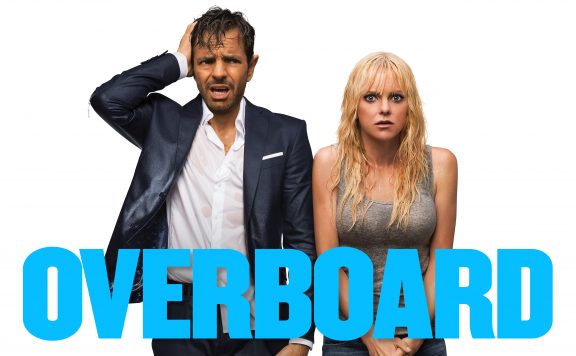 Exclusive Interview: Mel Rodriguez on The Last Man on Earth and Overboard