Everyone binge watched Marvel’s Luke Cage on Netflix over the weekend, so you’ve discovered Simone Missick as Detective Misty Knight. Paired with Frank Whaley as her partner Det. Rafael Scarfe, Knight and Scarfe are on the case in Harlem.

If you want to know more about MIssick and Scarfe, we got to meet them before their Luke Cage panel for the Television Critics Association. Here is the interview, and you can finish streaming Luke Cage on Netflix now. 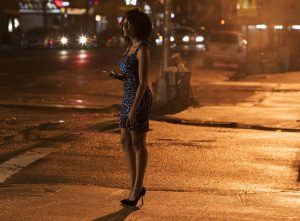 Working together, how did you find your chemistry?

Simone Missick: We got to spend a lot of time together. I think 90% of my work was with Frank. We had like a rehearsal.

Frank Whaley: They brought us together.

Simone Missick: Yeah, and then we had a dinner.

Frank Whaley: That was good to familiarize us.

Simone Missick: Kind of massage the relationship. I think the great thing about Frank and I is that as people, we relate through humor. So that was what we were able to find as Misty and Scarfe. A lot of it was not written in the scripts. We have amazing writers but I think that once we started bringing the humor and the lightheartedness on set, then they started writing for that which was awesome, because I think so often when you see two detectives, it’s all about the case and solving the crime. Cheo [Coker], being a writer on Southland and being very familiar with detectives, they’ve all got this really dark sense of humor so they really played with that with the two of us.

Did you have a chance to watch Jessica Jones and get to know Luke Cage?

Frank Whaley: Yeah, yeah, I did. It was good to have that basis.

Simone Missick: It was interesting for me. I think we were maybe into episode two or three when Jessica aired. So it kind of made you go oh, that’s his backstory. That’s his history. That’s where he’s coming from. And it helped in creating the long term scope for the characters, just knowing what he was escaping from and what the audience was going to see. That was a great gift as well as just to see a kickass show in Jessica Jones.

Frank Whaley: It’s interesting how different in tone. We haven’t seen Luke Cage episodes but just from being there, the difference between three shows. They’re so visually different and just in tone very, very different and interesting each in their own way, Daredevil, Jessica Jones and Luke Cage. 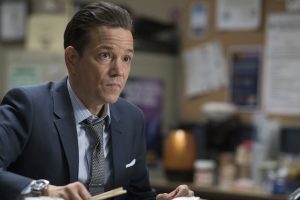 Did you expect characters this deep and dramatic in a comic book show?

Frank Whaley: They’ve upped the standard of the material. I had a feeling it was going to be. Even the features are a higher standard than The Hulk or Wonder Woman were when I was a kid. Where they succeed is in humanizing and character driven, character driving these pieces. We don’t approach it as actors as that kind of a show. We just approach it as a drama.

Simone Missick: Definitely from the first episode with Paul [McGuigan] as the director, he was much more interested in telling the story and developing the relationships than shooting the action and shooting the stuff that everyone will go crazy for. I know when I first read the sides, when I was first auditioning, it was so different than anything I had read for a woman. She was smart, she was witty, she was unapologetic about her power which is awesome to play. When I found out, because that script had nothing to do with the script  that we actually ended up using, when I found out oh, this is Misty Knight. This is a character based in the ‘70s, I remember my husband was like, “Is it going to be in the ‘70s?” I was like no, it’s not. It’s going to be current. They did a very good job of making the issues current. All of the topics that we handle within the episodes are very current so it definitely did just feel like an awesome 13 hour movie to dig into these characters for the time.

Did you get back issues of the comics?

Frank Whaley: No, I didn’t. 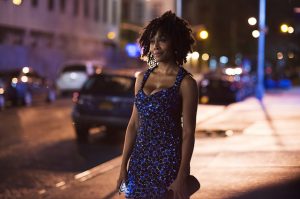 Simone Missick: No. We all got a gift. It’s the Luke Cage Hero for Hire book they gave us all as a part of our welcome gift, but I didn’t open mine. It’s kind of like when you get your action figure, you keep it in the package. I was like all right, Jeph Loeb signed this, this is staying in the packaging. So I didn’t open it.

Were you comic readers growing up?

Simone Missick: I think we both read the same comics.

Frank Whaley: I read Archie and Richie Rich. I was never into the superheroes, Superman or any of that stuff.

Simone Missick: My thing when I was younger, Wolverine became super popular. The comic book, the TV show and the cartoon for kids and then the movies. So for me, I was a Wolverine fan but other than that, I think I hit puberty and I was like, “And, I’m done. I think I’ll watch something else.” 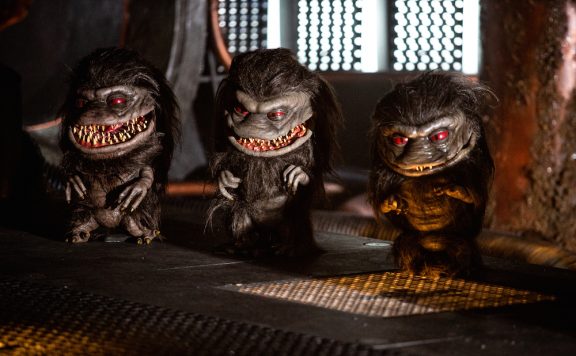 Everyone binge watched Marvel’s Luke Cage on Netflix over the weekend, so you’ve discovered Simone Missick as Detective Misty Knight. Paired with Frank Whaley as her partner Det. Rafael Scarfe, Knight and Scarfe are on the case in Harlem. ...
0
Average User Rating
0 votes
Please sign in to rate.