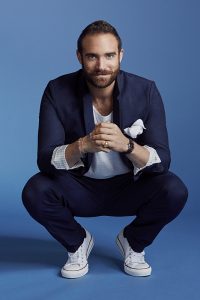 We loved Joshua Sasse as Galavant, but after two seasons of ABC’s musical comedy, Sasse has a new role. The CW’s No Tomorrow casts Sasse as Xavier, a man who believes the world is going to end within the year. He’s okay with it though. He’s written an apocalyst of things he wants to do before he dies.

When Evie (Tori Anderson) meets Xavier, she falls for his carefree attitude pushing her to get the most out of life, but he could prove more than she can handle. No Tomorrow premieres tonight at 9PM on The CW.

Does Xavier have a survival bunker or is he making preparations?

Joshua Sasse: No, no, I don’t think survival is in his view. It’s about being where he is now. I don’t think his thing is to try and get through it. When it comes, I don’t think that’s what he thinks is going to happen. I think he’s envisioned the end of the world, not post-apocalyptic survivor. Probably when it comes, he’s just going to look up and put his arms out and get naked and take it.

Are you conflicted that you want No Tomorrow to go on for a long time, but if the apocalypse doesn’t happen, what is that going to do to Xavier?

Joshua Sasse: Yeah, look, that’s definitely one of the questions that the writers are proposing with him battling with because that will determine the tone of the show and what the show is about. That’s above my pay grade. As an actor, you roll with the punches that come. Once you’ve created the character, once you’ve formed the character, once you’ve lived the character than it doesn’t matter to me what happens. What the writers send to me, my opinion doesn’t matter. That’s not what I’m paid to do. If they tell me to climb a mountain then I will just approach that task as it happens. If the world doesn’t end then he has to go on a totally different journey. If he does and then half the world ends then it’s a different thing. That’s not something I have to worry about.

Are they open to suggestion if something doesn’t feel totally organic to the character?

Joshua Sasse: I’m a bit of a stickler for stuff like that. My job is to question. Question, question and question. When stuff doesn’t feel natural, you’ve got to say something. When I was young, I had an acting teacher and we were doing a play. I was 15 or something and we were moving on the stage. I moved to the right and I was doing whatever I was saying and I said, “Oh, something doesn’t feel right here. I don’t know why because it doesn’t make any difference.” He said, “Just go with your gut.” I said, “I want to move over here.” He said, “That felt right. That’s your instinct.” Then it’s a conversation because people have a difference of opinion. When it comes to the page, there’s a long backstory that’s gone into that, the writers room working for weeks and weeks so you have to respect the process to a certain extent.

An apocalyst feels more optimistic than a bucket list because you figure you’ll be healthy until the end. 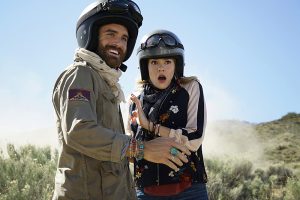 When you read the apocalyst, what are some that you can’t wait to shoot?

Joshua Sasse: The more extreme things I’m looking forward to. There’s a lot of adrenaline stuff which will be fun. They came up to me and I won’t say what it was but they wanted to know what my personal greatest fears were, which I stupidly told them. So those are the ones I’m a bit apprehensive about but it’s good. I’m looking forward to that test.

Will we get to see Xavier’s background before he came up with his theorem on No Tomorrow?

Joshua Sasse: Yeah, maybe. I don’t know. It would be lovely to explore. I’d be surprised if we didn’t to some extent. The show is more about what’s happening now. It’s about the relationship with the rest of the cast and how each different member of the cast is tackling this information and either attaching themselves to it or not, or evolving with it or exploring it or not. As opposed to Xavier’s personal journey which is a different show. That’s a very different show.

Do you miss Galavant?

Joshua Sasse: No, I don’t. Look, it was two long years and it was great fun while we did it and it’s really lovely to be doing something new. You don’t ever want to get stagnant. I didn’t really feel it stretched my acting ability as much as I would like. I work better under pressure and I really want to feel like I’m testing myself. More than anything, like anyone I just want to feel like I’m getting better at my job. I didn’t necessarily feel that that was a place that I was growing as an actor. So it’s nice. I’m looking forward to doing some things that really push my boundaries. But it was great. While it lasted it was fun. People come up to me all the time and have said the loveliest things, like it just got them out of a really tough time in their life and that they listen to the soundtrack on the way to school. What’s really interesting is it’s a majority of actors that come up to me like, “Your show is something that we can watch with our whole family. When I get home and I am with my kids finally, because I never see them, we can sit down, we can watch this together and we can share it together.” That’s such an amazing thing for someone to say to you. If someone says, “I read your article and we read it as a family around the kitchen table,” that would be nice. That changes you and that’s what it’s all about. 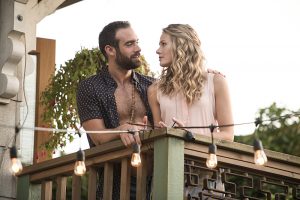 As far as stretching your acting goes, is there anything Xavier does on No Tomorrow where you go, “Oh man, that’s really out there?”

Joshua Sasse: Yeah, it’s all pretty out there. Every day’s really different. It’s quite hard to really let everything go. For him, it’s nothing, which is really fun but at the same time, I have to lose all inhibition. Every ounce of my inhibition and that’s the one thing. Well, the two things going into this is that this guy has absolutely no inhibition whatsoever and every decision has to be completely cognizant of the fact that the world is ending. Those are my two bits of scaffold that I cannot go without. That’s what I consider to be my job in this. Yeah, it is hard to have no inhibition whatsoever and say yes to everything. You’ve got to be a bit ballsy but it’s fun.

Have you seen the other show, You, Me and the Apocalypse?

Joshua Sasse: No, I don’t watch television. I used to watch a lot of TV when I was at school and growing up. I just got to a point where I was just about to do a show on the West End and I hadn’t read a book in four months. So I just quit TV completely. Noel Coward once said that TV is for being on, not for watching. So I kind of subscribe to that. I’ve gotten a lot of flack for it in the past from the press saying, “Oh, well, how do you know what’s out there? How do you know what your contemporaries are doing?” I’m not going to learn from what I see on television. You can also learn bad acting from television but it’s not the medium of entertainment that I am entertained by, for better or worse. Like I said, I get a lot of flack for it but I read a lot. I read and walk.

Where is home for you right now?

Joshua Sasse: I’m a total gypsy. I haven’t been anywhere for longer than nine months in about five years. Our home in London is sort of the base and now it will be Vancouver for the next six months, but the troop come with me. My dog comes with me everywhere and you just try and get your roots down. It’s not ideal but it’s my life.

Joshua Sasse: I’ve never jumped out of plane. So I really can’t wait to do that. There was a guy who recently jumped out of a plain without a parachute. I want to build up to that. 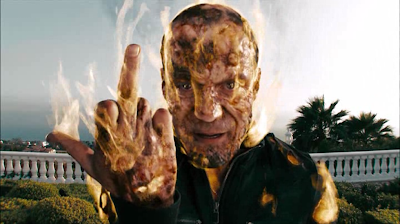 Joshua Sasse on ‘No Tomorrow’ and ‘Galavant’