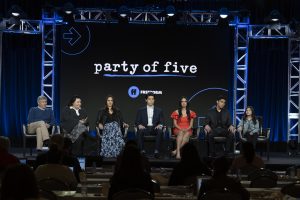 The Fox classic Party of Five was the compelling drama of the Salinger family. They had to take care of each other after their parents died in an automobile accident. The cast – Matthew Fox, Scott Wolfe, Neve Campbell, Lacey Chabert and Jennifer Love Hewitt – all became huge stars after. 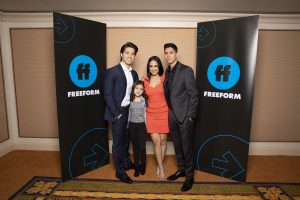 The creators of Party of Five are making a new version of the show for Freeform. This time, the parents of the  Buendia family have not died. They are deported leaving the children in the U.S. Freeform presented a TCA panel for the new Party of Five. Meet the Buendia family.

Brandon Larracuente (Emilio Buendia): “I have not watched the show, but it’s just from an actor’s standpoint. But I did know, coming in to the first audition, it was a very popular show that resonated with a lot of people years ago. So there is also an immense pressure, but also tons of excitement going into this project, knowing that it had such a very dedicated fan base.” 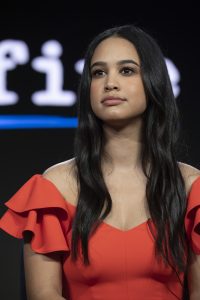 Emily Tosta (Lucia Buendia): “I actually was a fan of the show. We actually have a story. We’ve watched it together plenty of times. Even when we were shooting, we would always kind of like go back into our hotel room and, ‘Hey, let’s watch the show tonight.’ So, yeah, I’m a fan of the show, for sure.” 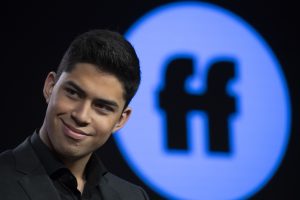 Niko Guardado (Beto Buendia): “I have seen it  a couple episodes. All my family were fans of it, so I, like, grew up knowing the name about it. Just like Brandon said, I know it resonated with a lot of people. So it was an honor to be able to portray a different aspect of it.” 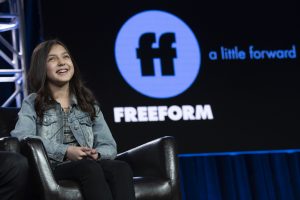 Elle Paris Legaspi (Valentina Buendia): “Yeah, I did watch it. I absolutely love it so much. Well, it’s very meaningful, and it’s crazy how stuff really like that happened. And I feel like, as an actress, you have to really think about that stuff to get you in the moment and stuff.”

Party of Five will be on Freeform later this year.

TCA: Meet the Cast Of The New Party of Five