TBS presented a panel for their new game show Drop the Mic, based on the game James Corden plays with guests on The Late Late Show. Celebrity guests rap battle against one another. The TBS show will include Modern Family‘s Jesse Tyler Ferguson vs. This Is Us‘s Chrissy Metz, Randall Park vs. James Van Der Beek, and Corden himself vs. Nicole Richie. When asked who their dream contestants would be, producer Ben Winston suggested Judi Dench and Corden ran with it.

“I’d love to see a Judi Dench versus Maggie Smith,” Corden said. “Just dame on dame going at it, saying everything they’ve dreamt of saying for the last 30 years.”

Real life rap battles are full of vicious digs, but generally in good fun. Corden assures fans that no one feels hurt at the end of Drop the Mic.

“I don’t think it is a mean-spirited thing in the sense of if you watch, like, a roast on television, it is really just a monologue of hits and bobs where someone sort of sits and takes it,” Corden said. “The beauty of this is the atmosphere in the room. The atmosphere in the room, the attitude of our two brilliant hosts is one of absolute joy and fun, and if you come at it with joy and fun and someone has got an opportunity to respond to stuff, it never ever has felt [mean] when we’ve done it on The Late Late Show. It’s never felt like that in the episodes we’ve shot now, and I think it will actually get less and less like that as the show grows in the manner that we hope it will. I think it’s fun jabs.”

“I think Kevin Reilly might be smoking weed because, when he came through, it really smelled of marijuana back there, back on the backstage,” Corden deadpanned. “I’m worried about the network for that because I don’t know who else it could have been. I have no idea who else it could have been because I think Kevin Reilly might have a problem, just saying. I don’t know that his back injury is quite the reason.”

Drop the Mic, hosted by Method Man and Haily Baldwin, comes to TBS this fall. 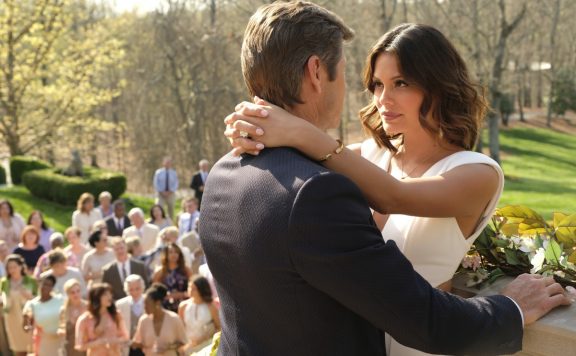 TBS presented a panel for their new game show Drop the Mic, based on the game James Corden plays with guests on The Late Late Show. Celebrity guests rap battle against one another. The TBS show will include Modern Family‘s Jesse Tyler Fergu...
0
Average User Rating
0 votes
Please sign in to rate.
Cast:Hailey Baldwin, Method Man
Network:TBS