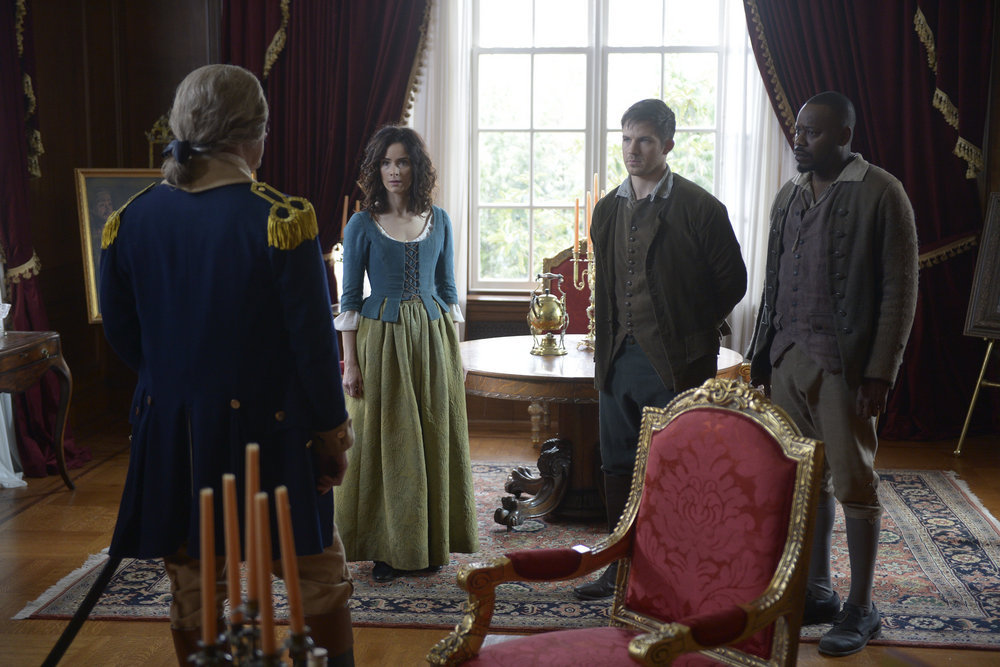 Revolutionary War era near what will become Westpoint Academy, what could Flynn be looking for then and there? Many ideas are spinning around, but none come close to what Flynn is doing there.

The episode opens with a heartfelt moment between Lucy and Agent Christopher where they are sharing a meal at Agent Christopher’s house. Lucy gets to meet her family but doesn’t quite understand why. Agent Christopher reveals that she has been thinking about it since their missions have started and needs Lucy to do a favor for her.

Rufus and Jiya are hanging out and playing video games when Connor comes and interrupts them. He appears off and a little drunk. Connor informs Rufus that Rittenhouse knows he is tampering with the recording and on this next mission, they must not do that. He leaves them when they are notified to go to the compound.

Flynn and the group inevitably meet up, and he convinces them to work with him to research more about Rittenhouse by interrogating Benedict Arnold. The team is shocked to learn that Rittenhouse, at this point is not an organization but a person. They encounter Rittenhouse and a battle ensues. Has the fight been a success? Has Rittenhouse been eradicated? Flynn, unsure of the outcome, kidnaps Lucy from Wyatt and Rufus and escapes with the time machine.

A great deal of this episode focuses on redemption. Can Wyatt find Jessica killer and feel some closure? Can Flynn get rid of Rittenhouse and bring his family back? The episode was full of emotional scenes from all characters and was riveting. The costume design as always is spectacular. Another home run for Timeless.