Stop-Motion ‘My Life as a Zucchini’ is Charming and Optimistic

Don’t let its silly, unexpected title mislead you. Claude Barras’ My Life as a Zucchini (Ma vie de Courgette in French) is nothing shy of an unforgettable piece of animation. Nominated for Best Animated Feature Film at the 89th Academy Awards, Zucchini bursts full of heartwarming energy and hope that there’s a light at the darkest of tunnels.

Inspired by Gilles Paris’ 2002 novel, Autobiographie d’une Courgette, My Life as a Zucchini is told through the eyes of a blue-haired, big-eyed young boy named Icare (voiced by Gaspard Schlatter). His father’s been out of the picture for some time, leaving him with his mother – a raging alcoholic. One day, Icare’s mother descends into one of her rages. After a small tussle, Icare accidentally kills her thanks to a mishaps on the stairs. The young boy is taken by a kind police officer (voiced by Michel Vuillermoz) before transported to an orphanage.

At the orphanage, Icare demands to be called “Zucchini,” a nickname given to him by his mother and carries a few family trinkets in tow. He soon realizes that he’s no different from the other misfits at the orphanage, each with their own peculiar histories. Most of the children’s parents are either deceased, in jail or simply categorized as other. Despite initial issues with the orphanage bully Simon (voiced by Paulin Jaccound), the handful of children begin to bond, just wanting to fit in and be loved by someone.

My Life as a Zucchini might be set in a rich stop-motion environment and its small band of characters might look odd at first glance. However, there’s no other film about young children in the past year that feel this heartfelt and authentic. There’s no mistake from the start of the film that Zucchini comes from a damaged background. Even with a drunk mother and an abandoned father, he still carries this youthful optimism keeping him afloat from day to day. His dialogue carries such an authenticity, though some “adult” conversations might not be suitable for younger audiences.

There’s no real major crescendos in My Life as a Zucchini, leaving for a semi-ordinary life for Zucchini at the orphanage. Though, the introduction of young Camille (voiced by Sixtine Murat) at the orphanage sparks a great sense of positivity in Zucchini. Like Zucchini, she another damaged child, scarred by a parent’s suicide and spiteful relative who wants to take her in. Zucchini is smitten with her at first glance and wants to do everything to help her escape her aunt’s clutches.

As mentioned before, My Life as a Zucchini may seem like a children’s film on the surface. However, its darker tones and deep emotional resonance call for a much more mature audience. A mix of tragedy and triumph, we clearly understand what it means to be an orphan through the eyes of a child. Even after such unsettling circumstances, these children can still be children, yet still be less naive to a melancholic world. Thankfully there are bright spots along the way including the caring police officer and couple who run the orphanage. When provide love, a much brighter future is possible.

Director Barras in on point in capturing the world of Icare and his orphan buddies with such riveting beauty. The momentum is seamless, especially for a first-time full-length director, who previously directed several shorts. Screenwriter Celine Sciamma has plenty of experience in the coming-of-age genre. Collaboratively, this brought so much heart to the film to stand alongside other adult stop-motion animated films such as Mary and Max and Anomalisa.

At under 70 minutes, My Life as a Zucchini hits the necessary points needed for a such a concise narrative. Yet in such little time, we immerse ourselves into a fully-imagined world and detailed characterizations that take the audience by surprise. 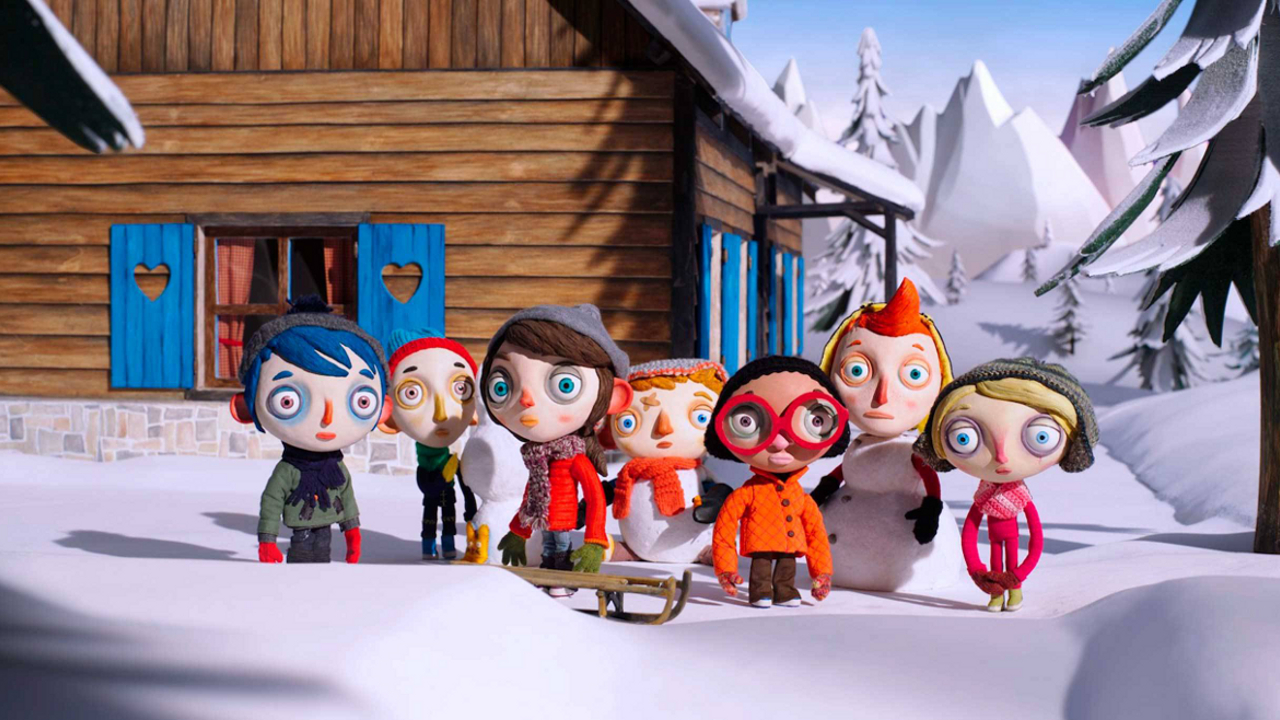 Universal Home Entertainment and GKIDS offers up a vivid 1080p transfer for its Blu-ray Disc. My Life as a Zucchini is certainly one colorful film, reflecting both its characters and animated playground. Even in the more somber scenes where black is predominant, the levels are highly accurate. The stop-motion characters and sets are highly detailed by its creators. It’s wonderful to see a high-definition transfer that lives up to the material.

My Life as a Zucchini is available in both English: DTS-HD Master Audio 5.1 and French: DTS-HD Master Audio 5.1. With foreign films, I prefer the original theatrical track, which is in French. For those who prefer the dubbed version, an English version the other option. Will Forte, Nick Offerman, Ellen Page and Amy Sedaris replace the original French voice actors. Dialogue is crisp and coherent. It’s a film that relies more on dialogue than its external sounds. Everyday sounds such as a door slamming or a water balloon bursting are seamlessly weaved into the mix.

There’s minimal when it comes to supplemental materials. There’s an 18-minute featurette entitled “The Making of My Life as Zucchini” is goes into greater detail about the script and animation. Claude Barras’ short film, The Genie in a Tin of Ravioli, is the other main attraction. The 2006 short clocks in about 7 minutes. There’s also a domestic trailer as well.

Blu-ray Review: ‘My Life as a Zucchini’ Marvels as a Heartwarming Youth Tale