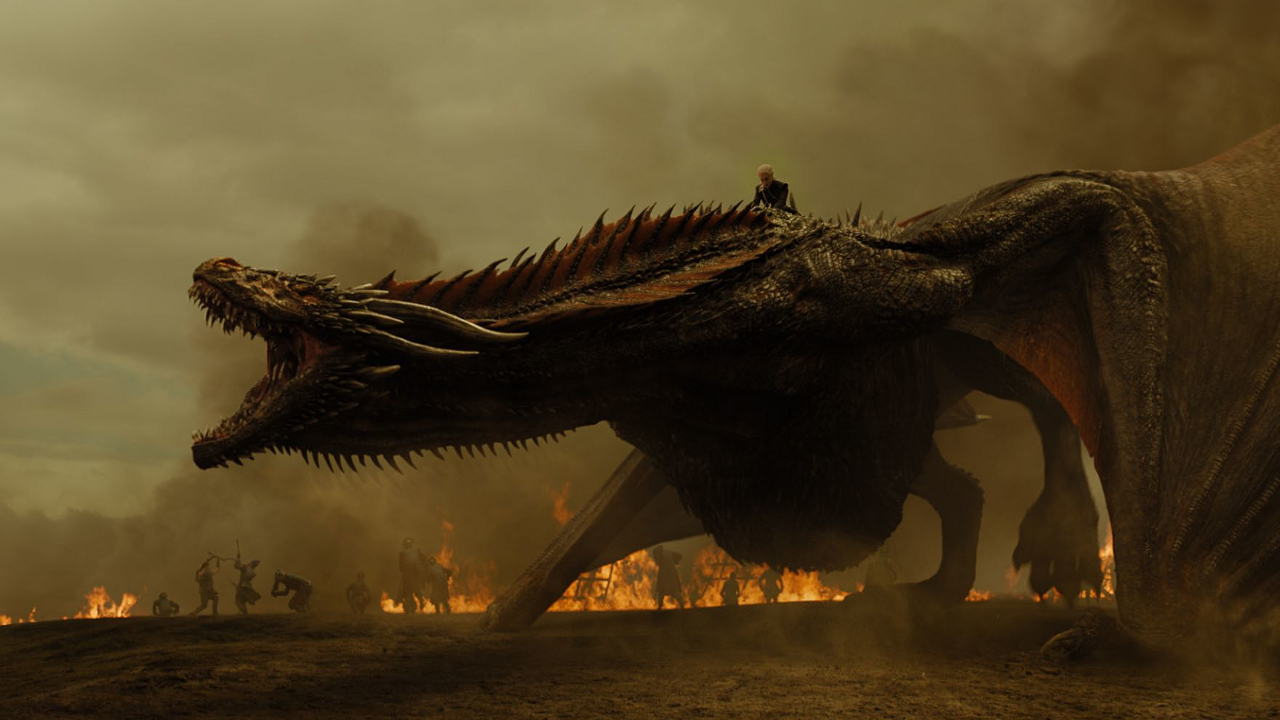 ‘THE SPOILS OF WAR’ OR DANCES WITH DOTHRAKI

After a slaughter at sea in Stormborn and a brilliant Lannister diversion last week in The Queen’s Justice, the numbers game for Team Dany are beginning to dwindle down. And to think, at the end of Season 6, the Mother of Dragons had the Unsullied, the Dothraki, House Tyrell and House Martell at her disposal. Entering The Spoils of War, Dany (Emilia Clarke) is in desperate need of a “W.”

Cersei (Lena Headey) may have gotten the last laugh last Sunday, taking down House Tyrell. But in King’s Landing, she still has plenty of problems. The pesky Iron Bank from Braavos still demands payment. Oh how money controls everything, even the most powerful. Cersei guarantees that her debts will be paid in full. That’s all good in all. How about another loan for more forces? In this never-ending battle, more soldiers could turn the tide of the war. And now with the Golden Company involved, it looks rather promising.

Up north, we get this vibe of a Season 1 throwback. First up, Littlefinger (Aidan Gillen) presents Bran (Isaac Hempstead-Wright) with a familiar dagger. It’s only the same one used to kill the wheelchair-bound Stark in the first season. For as clever and manipulative as Littlefinger is, this is utterly stupid on his part. As the Three-Eyed Raven, Bran knows everything – past, present and future. And Bran brings up Littlefinger’s iconic “Chaos is a ladder” monologue. I guarantee this is the beginning of the end for the master manipulator.

That’s not all from Bran this week, the bittersweet farewell between him and Meera (Ellie Kendrick) is utterly heartbreaking. Jojen, Meera, Hodor gave everything to bring Bran back to Winterfell. Jojen and Hodor even died along the road. Do we really need to bring back “Hold the door.” One year later and the feels are still there in full force. As Meera said, Robo-Bran has changed too much since becoming the new Three-Eyed Raven. While detached from everyone, it never feels like a wooden performance. So yeah, Meera ends up leaving. Will we see her down the line? I’m not sure, but she served her purpose to the overall Team Bran storyline.

Arya’s (Maisie Williams) arrival at Winterfell is equally bittersweet. The Stark siblings are reunited for the first time since Season 1 in The Spoils of War. As Dan and Dave said in the weekly featurette, it’s a parallel to Odysseus coming home after a decade away. Yes it’s home, but it’s not. Everything’s changed. Arya’s not recognized by the Winterfell guard, who dismiss her as a fraud. Once she throws out some old-school names from the first season, she’s allowed in.

The reunion with Sansa (Sophie Turner) in the Stark crypts is rather awkward. The Spoils of War brings the Stark girls back together, but they’ve changed so much since Ned’s beheading. In real life, Turner and Williams are really close friends, yet play the scene rather detached. Perhaps Robo-Bran is quite the influence. The reunion with Bran is equally as awkward for obvious reasons. Bran tells her he saw her at The Crossroads. What he chooses to reveal and not to reveal is quite questionable. Cough (Littlefinger) Cough.

While much of the downtime in Winterfell is more somber than ecstatic, the swordplay between Brienne (Gwendoline Christie) and Arya was beautiful. We know Brienne knows her way around a sword. Just ask the Hound in Season 4. No one at Winterfell expects a little bad ass out of Arya Stark though. Between the teachings of Syrio Forel and the House of Black and White, you don’t want to screw around with the youngest Stark girl. We as an audience come to expect this, but for Brienne or Sansa or Littlefinger, the reactions are priceless.

Down in Dragonstone, The Spoils of War furthers the relationship between Dany and Jon (Kit Harington). As mentioned last week, there’s a whole slew of dragonglass under the Targaryen stronghold. Dany and Jon alone in a cave? Don’t tell me it’s Ygritte and Jon 2.0. There’s plenty of visual exposition at work with more information about the Children of the Forest and the White Walkers. Dany seems to be accepting this whole situation rather quickly. She’s willing to help Jon, but throws that whole “bend the knee” crap at him. Just for once, work together and eliminate the enemy without some power agenda.

Afterwards, Dany grows frustrated when she learns her allies grow fewer in number. With the Tyrells, Dorne and now the Unsullied beaten, she’s tired of Tyrion’s (Peter Dinklage) clever plans. Our beloved dwarf doesn’t even have a chance to spout out his signature wit. And while everyone keeps telling her not to use dragons, she doesn’t listen at all. We’ve seen dragons in battle in Essos. Now it’s time for Westeros to see what dragons can do. Hints of the Mad Queen? Sure, but drastic times call for drastic measures.

One final quick side note for Dragonstone. Theon (Alfie Allen) finds himself on the beach. We haven’t seen him since dumping ship at the end of episode 2. And with Jon there, it’s about to go down. Jon restrains himself from killing Theon, only because of what he did for Sansa in Season 5 and 6. As much as Theon constantly flip-flops, we have to wonder what significance he has left to the overall plot?

While The Spoils of War does a fine job progressing many of its storylines, the center point of the episode is clearly the events in The Reach. With House Tyrell finally destroyed, Jaime (Nikolaj Coster-Waldau) and Bronn (Jerome Flynn) lead a caravan full of Tyrell gold. That’s the one-way ticket to payoff the Iron Bank. And they’re not the only ones profiting off the victory. Bronn gets his reward in gold as well. While he’s been in the background the past few seasons, it’s always a delight to see Flynn’s wit take center stage from time to time.

The journey doesn’t go without a hitch as the Lannister forces make their way down the Roseroad. It’s “Dances with Dothraki’ time. The battle between Lannister and Dothraki is the battle we expected at Casterly Rock a week ago. Between the setting and the wagon train of gold, it feels like a old-school Western in Westeros. The wild card here is the arrival of Dany on Drogon, lighting the place up. Drogon’s practically a fire-breathing 747 taking no prisoners.

Intense and beautifully shot, the Battle of the Roseroad earns its place alongside Bastard Bowl 2016, Hardhome and Blackwater. Though, it varies on the viewer which one is actually the best. The visuals continue to improve and the stunt work is jaw-dropping. Having seen the behind-the-scenes footage, seeing those stunt people on fire was nerve-wracking.

The biggest takeaway from the Battle of the Roseroad is the vulnerability of dragons. Yes, Drogon burns enemies left and right, but the Lannister ballista is equally dangerous. Drogon gets wounded and almost toast Jaime and Bronn. We’re pretty sure both survive, despite falling deeper and deeper into the lake.

The Spoils of War is a fiery continuation of the chess match between Dany and Cersei. And while the pendulum was swinging to Cersei’s side, Dany came back this episode with a vengeance. There’s plenty of “Mad Queen” moments, but that what it might take to get the job done. With Eastwatch coming next week, we get this vibe that the battle might go up north once more.