Since 2007, DreamWorks Animation’s Shrek the Third has gone unchallenged at the box office as the largest animated opener. But there’s a great possibility the tides may turn in Pixar’s favor this weekend as the animated powerhouse releases its 17th feature film, Finding Dory.

It’s been 13 years since Pixar’s Finding Nemo touched the hearts of so many and until 2010’s Toy Story 3, remained the studio’s highest grossing film domestically. Following the lead of Toy Story, Monsters, Inc. and Cars, Finding Nemo has finally taken its place as the studio’s fourth franchise in the midst of still creating original stories.

Set six months after the events of Finding Nemo, forgetful blue tang Dory (Ellen DeGeneres) begins having flashbacks of her childhood and goes on a journey to locate her long-lost family. Albert Brooks reprises his voice role as the clownfish, Marlin. Nemo’s voice actor, however, is recast with Hayden Rolence.

Sequels have always boasted massive increases for Pixar. In 2010, Toy Story 3 scored $110.3 million on opening weekend, becoming only the third animated film at that time to crack the century mark in its first three days. DreamWorks ogre sequel duo of Shrek 2 ($108.0 million) and Shrek the Third ($121.6 million) hit the milestone before its release. That’s almost double the $57.4 million debut of Toy Story 2 in late 1999. Cars 2 enjoyed a slight bump from 2006 hit Cars, opening to $66.1 million. That was up $6 million from the last film. Monsters University increased a bit more with a $82.4 million start in 2013, outperforming the $62.6 million debut of Monsters, Inc. in 2001. Those two sequels didn’t receive the acclaim that Toy Story 3 did either.

It’s not a far stretch for Finding Dory to fall in line more with Toy Story 3 than Cars and Monsters University. Finding Nemo opened to $70.3 million in May 2003 for a rare leggy run that notably surpassed by Disney’s Frozen a few years ago. With Sony’s The Angry Birds Movie winding down at the box office, Finding Dory essentially has zero competition in the family-friendly market. Including live-action family films, Teenage Mutant Ninja Turtles: Out of the Shadows is only other film in release that is driven more by a family audience.

A stellar 94% on Rotten Tomatoes will also make the case for a major haul this weekend with its score rivaling that of Disney’s other two breakout properties, Zootopia and The Jungle Book. Finding Dory swims into theaters Thursday for 7 p.m. engagements in 2D, 3D and IMAX 3D, before expanding into over 4,300 theaters on Friday’s release day. Finding Dory should be on track to make history on Sunday with an ocean-large haul of $125 million. 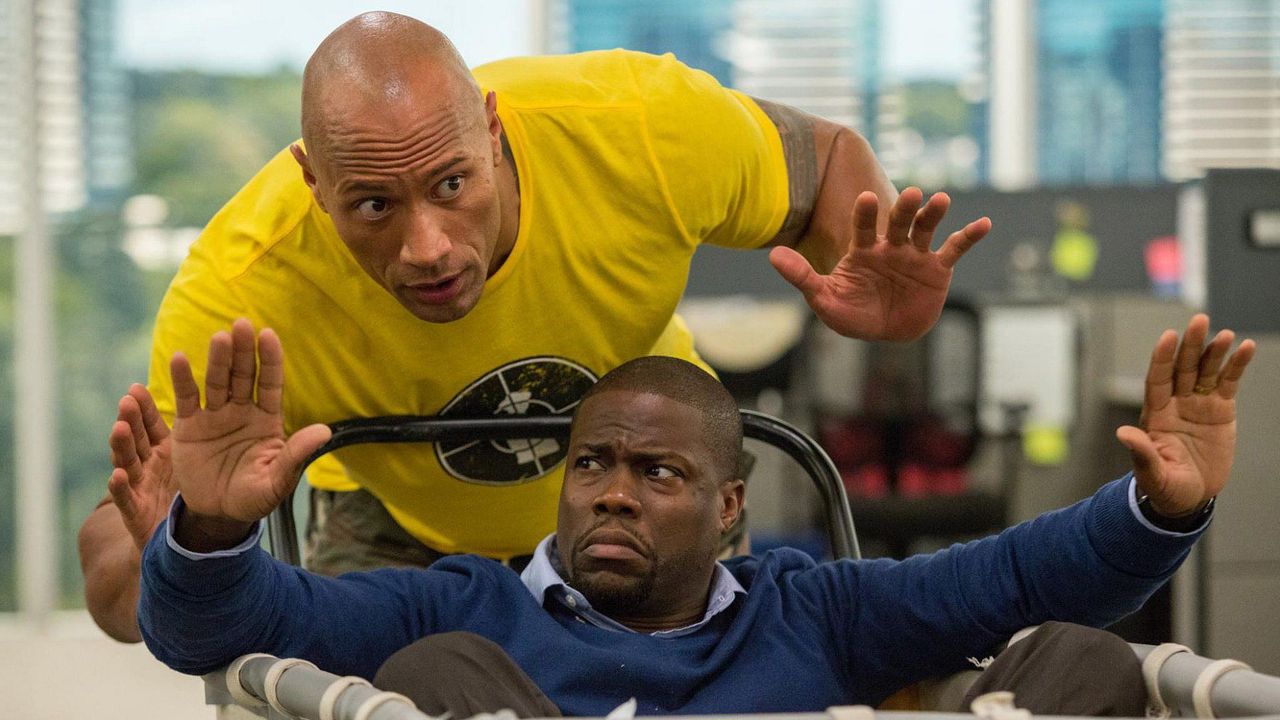 Going up against the Pixar flick is the comedic duo of Dwayne “The Rock” Johnson and Kevin Hart in Central Intelligence. Hart plays Calvin Joyner, an accountant lured into world of espionage by his old high school alum (Johnson).

Hart and Johnson are no strangers to comedic success. Hart’s managed to cross the century mark only one time with Ride Along ($134.9 million) with a few close calls along the way. With Ride Along 2 ($90.9 million), Get Hard ($90.4 millon) and Think Like a Man ($91.5 million), Hart is one profitable comedian. The combination with Johnson could result in his second $100 million hit.

Johnson, more known for his recent macho action roles, hasn’t flexed his comedic muscle that much at the box office. The one exception being 2008’s Get Smart, which grossed $130.3 million. Though, he was more of a supporting role in that Steve Carell comedy. That doesn’t mean he’s still a draw. His involvement in San Andreas ($155.2 million) and Furious 7 ($353.0 million) boasted massive numbers for the former WWE superstar.

Pixar's 'Finding Dory' Attempts to Top 'Shrek the Third' Debut Since 2007, DreamWorks Animation's Shrek the Third has gone unchallenged at the box office as the largest animated opener. But there's a great possibility the tides may turn ...
0
Average User Rating
0 votes
Please sign in to rate.