‘Rogue One’ to Hold Off ‘Sing’ and Rest of Newcomers

Taking down Rogue One: A Star Wars Story will be an impossible task over the extended holiday weekend. Even with a slew of brand new competition, the latest Star Wars film will surpass the laundry list of newcomers. If anything, the expected (and ironic) breakout will be Sing from Illumination Entertainment.

Illumination has already had an outstanding year with its animated smash hit, The Secret Life of Pets. Pets set the non-animated sequel opening record with $104.4 million in July, beating out previous record-holder Inside Out. As its bragging rights continue, Pets also became the highest-grossing film from Illumination, topping 2013’s Despicable Me 2. Sing has plenty to live up to.

Sing ventures into an anthropomorphic world where a koala (voiced by Matthew McConaughey) hosts a singing competition to save his theater. Colorful imagery, pop songs and a solid ensemble of voice talents are all major draws for Illumination’s newest release. With Reese Witherspoon, Seth MacFarlane, Scarlett Johansson, Taron Egerton, Nick Kroll and Nick Offerman under the same roof, the star power is simply incredible.

Early reviews have been favorable as Sing currently sits at a 71% on Rotten Tomatoes. The Universal animated film was released on Wednesday and has pulled in $20 million over the past two days. Over the actual three-day frame, expect about another $40 million. Christmas Eve will be a major drop, but families will flock to the theater on Christmas Day. By Monday, Sing could clear $70 million.

Now while Chris Pratt and Jennifer Lawrence are major box stars in their own right, Passengers will not do them any justice over the weekend. The sci-fi drama from Sony features the two leads on a starship, who wake up too soon. Despite The Imitation Game’s Morten Tyldum at the helm and both Pratt and Lawrence headlining, there’s not much going on for Passengers. Reviews have been generally negative, currently at a 32% on Rotten Tomatoes.

With Rogue One and Sing expected to claim first and second respectively, Passengers seems to be a distant third. Like Sing, Passengers opened on Wednesday and has grossed a mere $7.3 million over its first two days. If the sci-fi drama can crack $13 million over the Fri-to-Sun frame, it’ll be an outside chance. 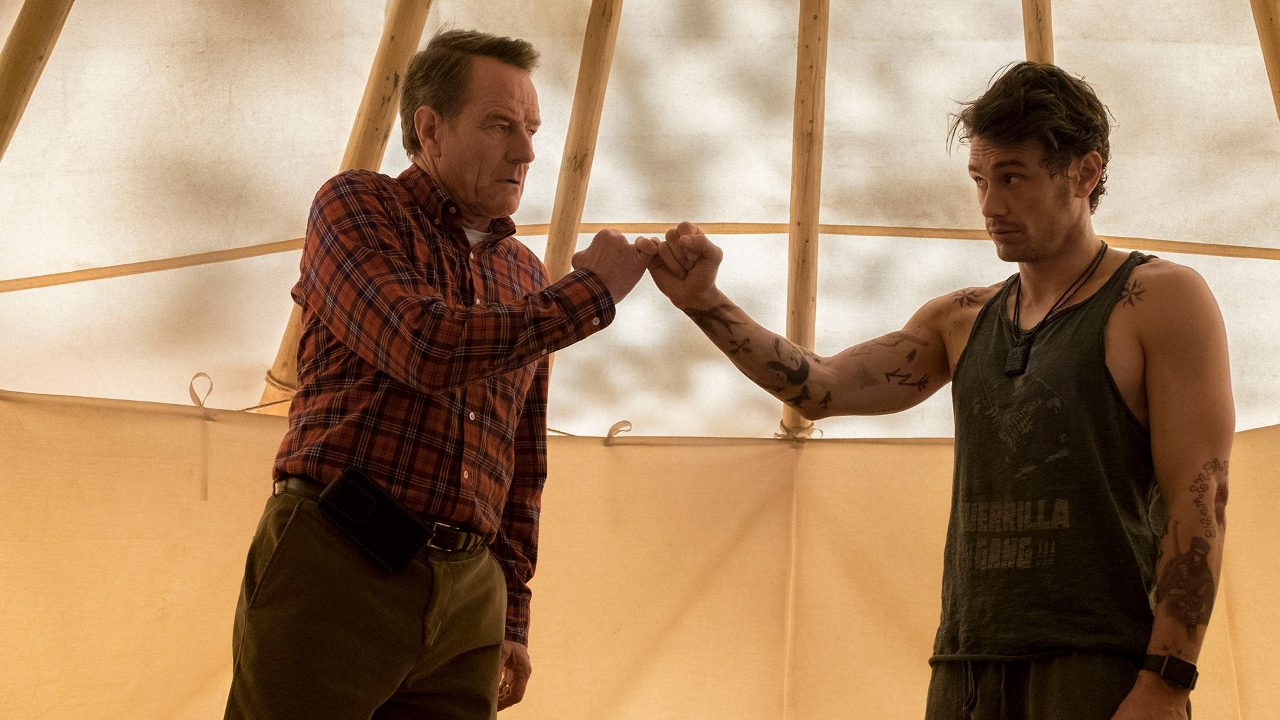 Spinning the Meet the Parents formula on its head, Why Him? sends Bryan Cranston’s Ned to spend time at his daughter’s boyfriend’s place. The 20th Century Fox comedy clashes the fatherly Cranston with a rude, crude James Franco. Like Passengers, Why Him? has also received negative reviews. The film is currently at a 41% on Rotten Tomatoes. As the sole Friday release, there should be less of a mid-week burn as with Sing or Passengers. Still by Sunday, Why Him? is expected to claim fourth place. An opening around $10 million seems likely. That’ll be one of Franco’s better openers in the past few years against a handful of under-the-radar indie films.

Fox is doubling down this holiday weekend also releasing Assassin’s Creed. Based on the popular video game series, Michael Fassbender stars as Callum Lynch, a criminal rescued by a secret society. With advance tech, they’re sending him back through time to the Spanish Inquisition in the body of one of his ancestors.

Video game films are typically box office poison and Assassin’s Creed is no exception. Critics have already panned the adaptation with a 20% on Rotten Tomatoes. So far, it doesn’t seem audiences are that interested in an Assassin’s Creed film either. Released on Wednesday, Assassin’s Creed has only pulled in $7.4 million. Expect another $8 million in the bank by Sunday. That would be a major drop from other video game to movie adaptations such as Tomb Raider, Resident Evil and Silent Hill.

'Rogue One' to Hold Off 'Sing' and Rest of Newcomers Taking down Rogue One: A Star Wars Story will be an impossible task over the extended holiday weekend. Even with a slew of brand new competition, the latest Star Wars film will surpass...
0
Average User Rating
0 votes
Please sign in to rate.