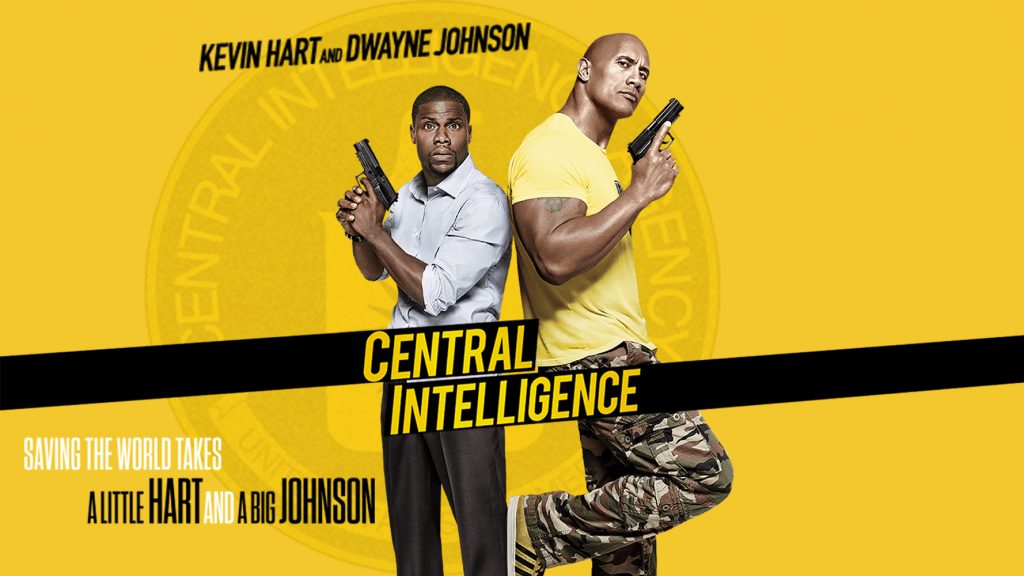 Between their stand-up comedy, television success, and box-office smashes, I’d say it’s safe to say that Kevin Hart and Dwayne Johnson are two of the biggest stars on the planet. In that case, it only seems right that these two would eventually collaborate on a project together, and now their paths have crossed on the silver screen. The film that’s responsible for bringing these men together, at last, is the new action-comedy “Central Intelligence.” The film is being advertised as a simplistic, yet sharp buddy comedy with misunderstandings, hijinks, and action off the wazoo. While the trailers were entertaining and got a few chuckles out of me, what had me intrigued with the movie was its director and co-writer, Rawson Marshall Thurber. Thurber is responsible for directing the dumb yet fun 2013 raunchy comedy “We’re The Millers.” However, the film from this director that I have solidified as one of the best comedies of the 2000s, which he also co-wrote, is “Dodgeball: A True Underdog Story.” It’s because of “Dodgeball” that had me thinking “Ok, I’m intrigued now. Let’s see how this is.” While it’s not up to the levels of “Dodgeball.” or even as entertaining as “We’re The Millers,” at the end of the day I can say that I enjoyed myself while watching this film.

The movie opens in the mid-90s with a fat Dwayne Johnson, the bullied geek of his school. As the trailers have heavily advertised, Johnson’s Bob is found in the school shower lip-syncing and dancing to to En Vogue’s “My Lovin’.” Bullies end up finding Bob and humiliate him in front of the entire school during an assembly when they dragged him out butt-naked in the middle of the basketball court. As expected, everyone in the room laughs at him. The only person who doesn’t laugh at his misfortune and instead gives Bob his jacket and helps him get off the court is Kevin Hart’s Calvin, who’s the most popular kid in school. Jump twenty years later and Calvin is now an accountant who ended up marrying his high-school sweetheart. Their high school reunion’s coming up, and Calvin doesn’t want to go because he’s upset with his current state in life. Bob, on the other hand, has completely changed his life around. Returning to town for the reunion after isolating himself, Bob meets up with Calvin to reveal how physically fit he is now. The catch to his unexpected emergence from absurdity is that Bob’s now a lethal agent a part of the CIA. Because of this, he ends up dragging Calvin, who he considers to be his best friend, into the middle of a dangerous top-secret case that could get them both killed. 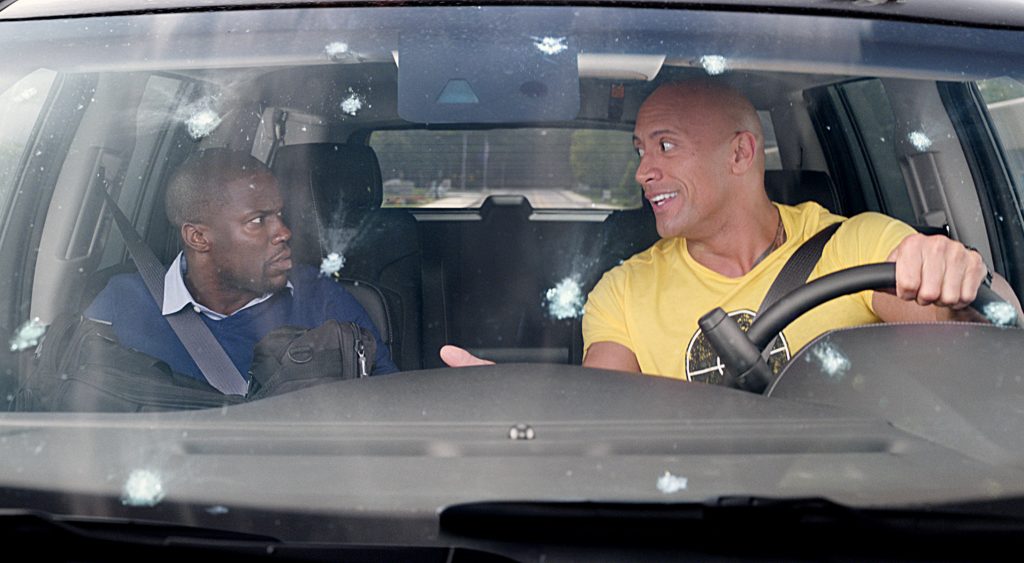 The biggest question on everyone’s mind who wants to see this movie, I assume, is how Kevin Hart and Dwayne Johnson are together. In short, their chemistry is pretty fun to watch when they shared the screen. The two bounce off one another well and show through their performances that they’re having a fun time both acting alongside one another and just being in the film in general. As for their performances in general, both men deliver solid work here. Being the straight man, Hart shows some decent range and stability while also getting in his usual screeches and moments of over-the-top behavior throughout the movie. Johnson also delivers a solid performance, showing how much fun he’s having playing this guy. Despite Johnson’s performance being good, there are problems I had with the way the screenplay explored and executed certain things involving his character.

There’s a scene early on when Bob and Calvin are revisiting their old high school and Bob’s reflecting on his traumatic past and how much he idolized Calvin. At first, it starts off sweet, but pretty soon it becomes apparent that there’s something seriously wrong mentally for Bob. We’re supposed to be rooting for Bob to succeed at what he’s doing, but it gets harder and harder to do that as he comes off less fun/misunderstood and more along the lines of a sociopath. In fact, this guy and his actions towards bringing Calvin into the middle of his operation almost feel villainous at times. This criticism might be me just looking into the film a bit too deeply, but that was how I was feeling during several scenes in it, particularly one involving a therapy session. 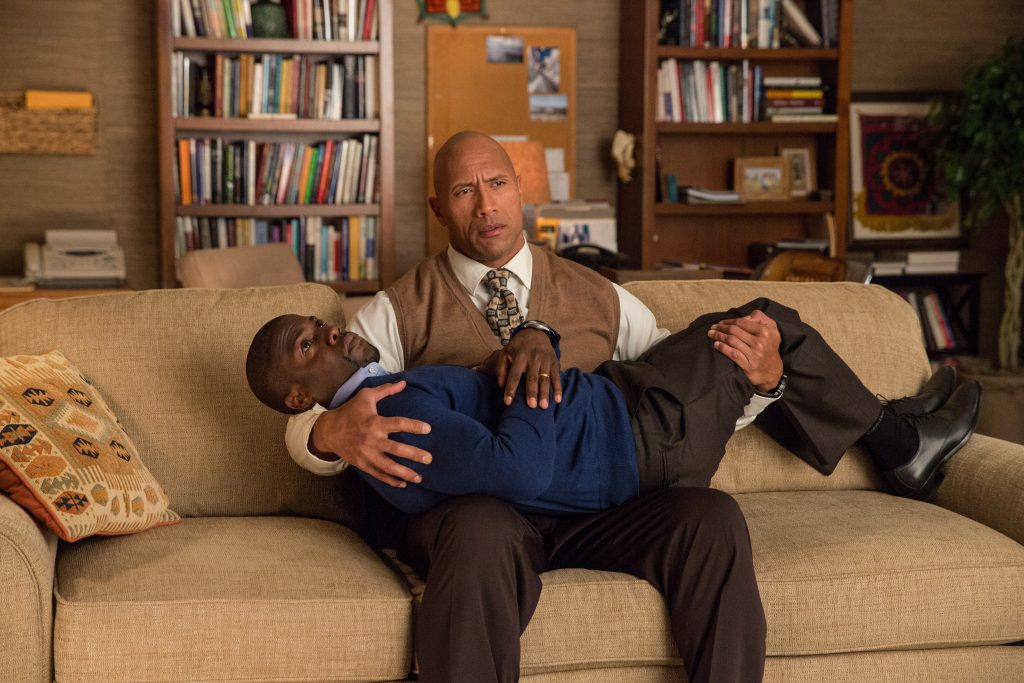 Another negative that the movie possesses is an overall weak storyline/pay-off. About half way into the film, an acclaimed television actor is introduced into the story. I’m not going to say who he is or who he plays because some people may care about spoilers, but once this guy is introduced it becomes evident as to where everything’s going to go and how things are most likely going to end. Again, this might sound like me simply nitpicking this comedy, but I do like to be somewhat thrown for a loop and not have to think about a plot twist that’s going to be happening. I’m not just applying this to comedies, but movies in general.

Since this is a comedy, its job is to make me laugh. Would I say the movie is “hilarious” or “laugh-out-loud funny?” No, I wouldn’t. I would say, though, that it is funny and did make me chuckle a few times. There is one scene in particular that immediately comes to mind involving an unexpected cameo that had me laugh a lot. It might have been just because of the out-of-nowhere appearance of this particular person, but this sequence was my favorite part of it all. There are laughs to be had throughout the movie, but whether or not you will actually laugh during it depends on your comedic tastes.  Although if it wasn’t for its two leads, I don’t know how well the comedy would have worked in the film overall. 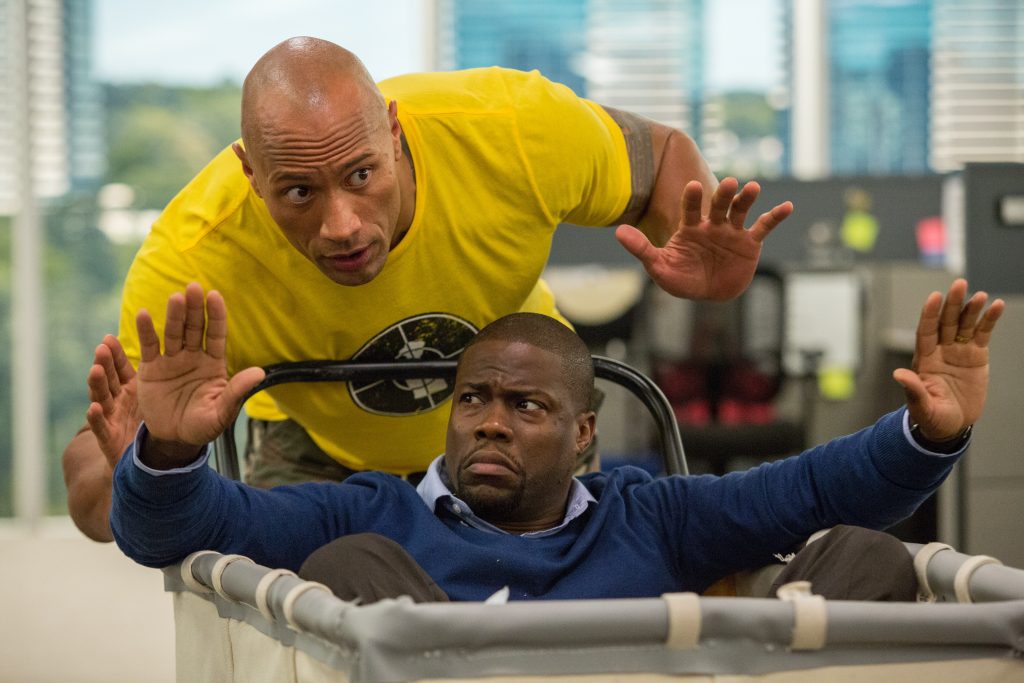 At the end of the day, I would recommend checking out “Central Intelligence,” especially if you’re a fan of the two leads. Their chemistry helps to elevate the story and keep things interesting and entertaining enough. Compared to his other directorial works, this is my least favorite film in Rawson Marshall Thurber’s filmography, as it lacks the consistent laughs of “We’re The Millers” along with the sheer intelligence, absurdity, and brilliance to make it as enjoyable as “Dodgeball.” The storyline gets too predictable once certain things come into play, as it becomes something of a struggle to empathize with Dwayne Johnson’s character as the story goes on. I wouldn’t say to pay hefty theater prices to see this, but if you do want to see it, then my suggestion would be to pay for an early morning matinee show. “Central Intelligence” isn’t 2016’s funniest movie thus far, nor is it even the best comedy the summer has had to offer at this time, but it’s enjoyable and fun enough to recommend to those who have been looking forward to it already. I will say this, though: the movie did make me want to see Hart and Johnson work together on more projects, so hopefully that can happen in the future. 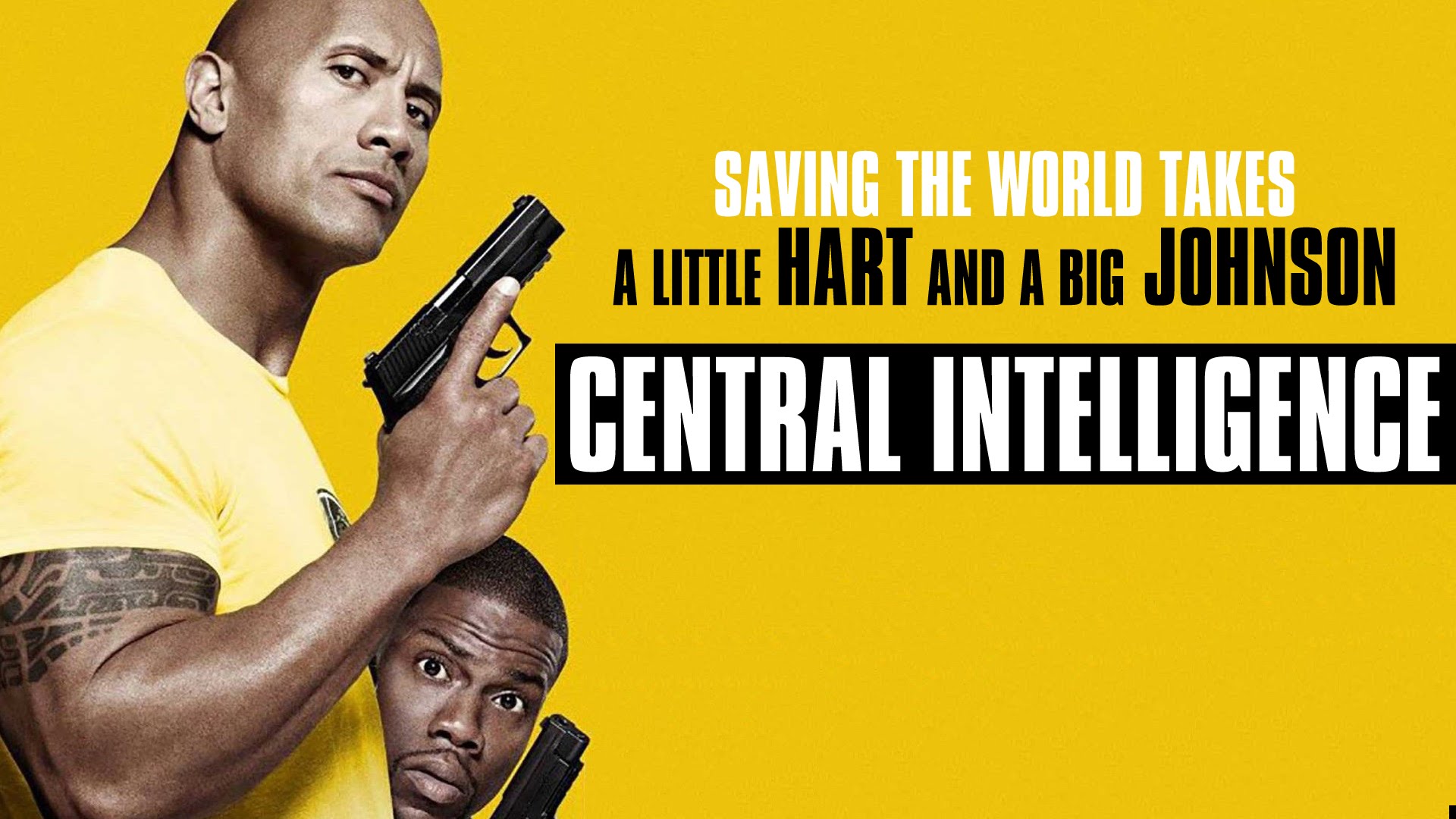 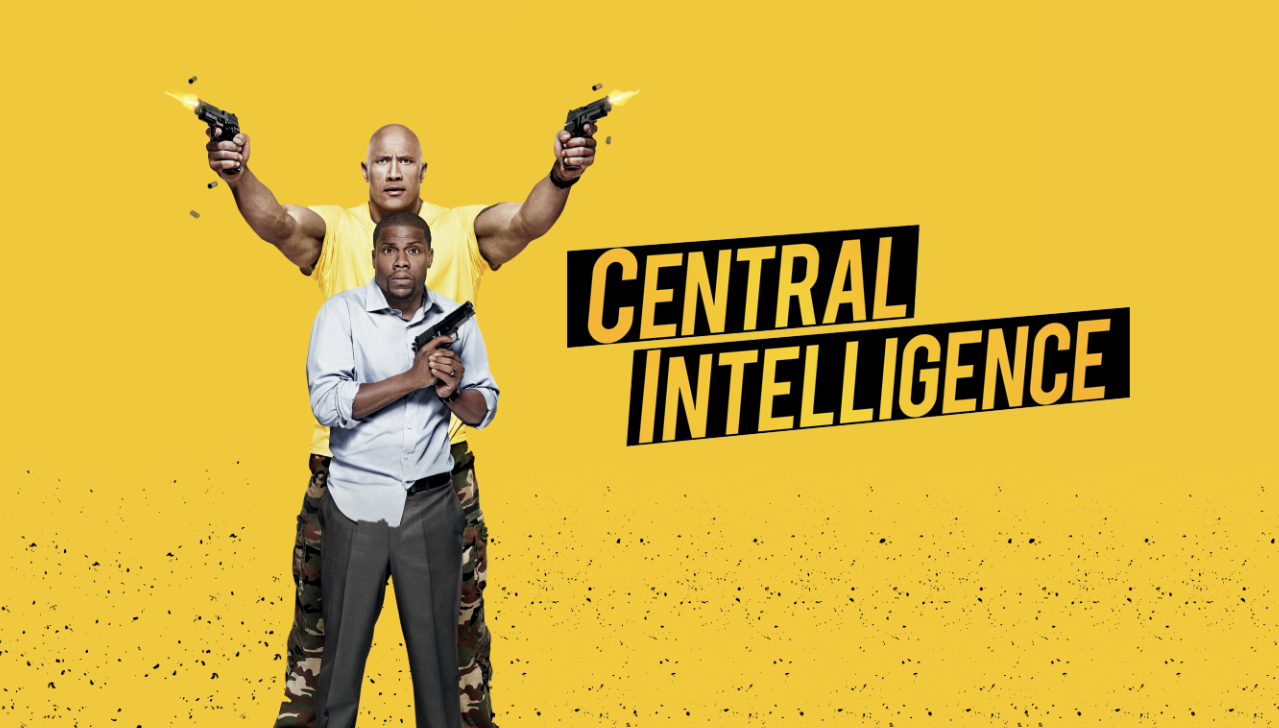 Between their stand-up comedy, television success, and box-office smashes, I'd say it's safe to say that Kevin Hart and Dwayne Johnson are two of the biggest stars on the planet. In that case, it only seems right that these two would ev...
0
Average User Rating
0 votes
Please sign in to rate.