Honk For Jesus. Save Your Soul. is the latest feature film from Focus Features. The film premiered at the Sundance Film Festival, where Focus Features acquired it. The film is set to open in theaters and stream exclusively on Peacock beginning Friday, September 2, 2022. I recently had a chance to sit down with The Ebo Sisters, and we discussed a lot about the film, including the Sundance Premiere, what it was like working with Sterling K. Brown and Regina Hall, and how Damien Chazelle inspired the film. You can read the full interview below:

Scott Menzel: Hello. Thank you so much for taking the time to talk with me today.

Scott Menzel: So, I saw the movie at Sundance, and I wanted to start with that. What was it like having a film debut at Sundance?

Adanne Ebo: Yeah, definitely a dream. We just got so much love and support from Sundance, the institution, and also Sundance, the film festival, because they are technically separate. And it was just great to premiere our first feature film there. It’s an ideal experience.

Scott Menzel: Not only did you get to premiere there, but you also had a great reception online because of the virtual element. What was your reaction when you heard the news that it got picked up by Focus Features?

Adamma Ebo: Oh, man. I think I was stunned, and I think there was a little bit of a bidding war going on with a couple of other spots. And so when I found out that Focus… It was probably the number that really put it over the top for me because I think it is still crazy to us that someone wanted to help us even make the movie. Let alone pay to put it in the theater and stuff like that. We were blown away.

Adanne Ebo: But I think one thing that really encouraged us when Focus came to the table was how committed they were to theatrical release.

Adanne Ebo: And how committed they were to really marketing the film. Making sure that people knew that it existed, that it was going to be out there, and they’ve been going above and beyond, and it’s been great.

Adamma Ebo: Yeah. The weight they put behind it is significant. It’s a small independent film about a subculture, and it’s only Black actors in it. And they’re putting immense weight behind it. It’s really amazing to see. 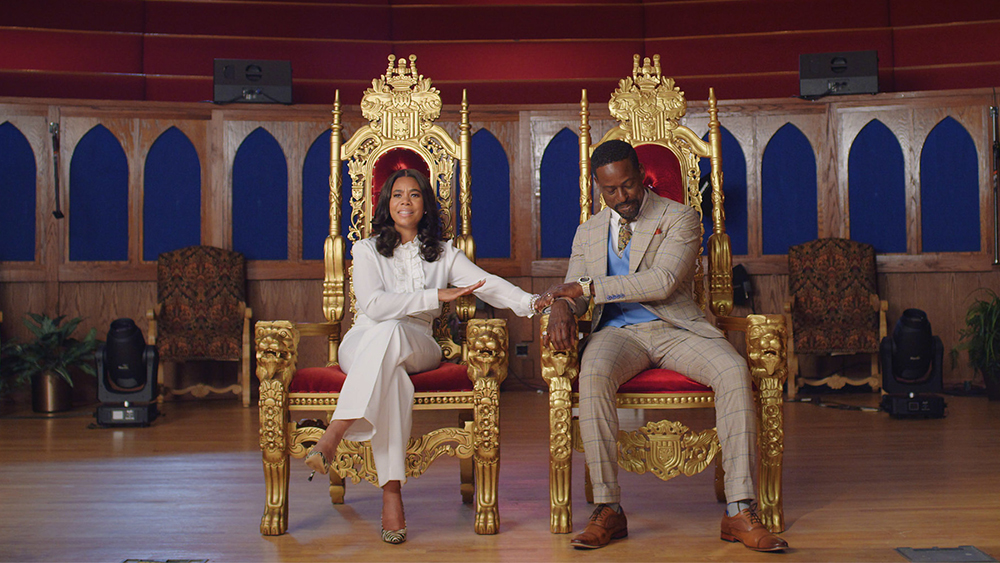 Scott Menzel: Regina Hall and Sterling K. Brown are two fantastic actors, and you were very lucky to work with them as part of this film. In your opinion, what makes them such great actors?

Adanne Ebo: I think the fact that they could do literally anything and that they have the full tonal range. We needed that for this film. We needed actors who could do the extremely funny, almost slapstick comedy to the darker, more dramatic stuff. And the fact that each of them can not only do both of those things they can also do both those things within the same scene even, which was amazing to see.

Scott Menzel: I’m guessing that you filmed this during COVID, am I correct with that?

Adanne Ebo: Yeah, we did.

Scott Menzel: What was an average day on set like?

Adanne Ebo: Well, it was definitely a hit to the budget.

Adamma Ebo: But I think honestly, aside from that, it didn’t feel too different to me. We were a small production.

Adanne Ebo: We had our zones, but it felt less, I think, stark than a Marvel movie or show because the production is nowhere near that, on that scope. So it honestly didn’t feel too different, we had only shot short films up until that point. But it didn’t feel too different from our other experiences on set other than the fact that we were ratcheted up the entire time.

Scott Menzel: You mentioned something just right there. And that was one of my questions about the process of turning a short into a feature. This is not something new. Every year there’s a movie that started out as a short film that then became a feature line film. What is that process like turning something that you were connected to that was so short, like 15 minutes, into something that’s more expansive?

Adamma Ebo: Yeah. Well, I did a tiny amount of research because I got the idea during my first year at film school in 2014. Because my editing class had Damien Chazelle and Tom Cross, the director, and editor from Whiplash, come to speak to us. And that was the year Whiplash dropped and then eventually went on to be extremely successful and win some Oscars and all that. And it’s a phenomenal movie, but they told us that Whiplash started out as a short. And so what I did was I went to go see Whiplash. And then, after watching the feature, I watched the short, and I was like, “Oh, this is how they did this.”

Adanne Ebo: And this is why they did this. Damien was very straightforward about the fact that it was a hard concept for people to grasp.

Adanne Ebo: It was a tough sell. It’s a tough verbal pitch.

Adamma Ebo: It’s a tough sell. It’s a thriller about jazz. Jazz music, musicians, how does that work? And so he was like, “You know what, I’m going to show rather than tell. I’ll shoot a short.” And so I was like-

Adanne Ebo: We found ourselves in a similar spot.

Adamma Ebo: This film has a very particular type of tone or tones, I should say.

Adanne Ebo: And in a particular world.

Adamma Ebo: A particular world that most people don’t know a lot about, we found. And then also the style in which we decided to shoot it is very, there’s a lot going on. And so we were like, “You know what? Well, I’ll shoot…” I was like, “I’ll do what Damien did. I’ll shoot a short.” And it served us pretty well. But it worked out. 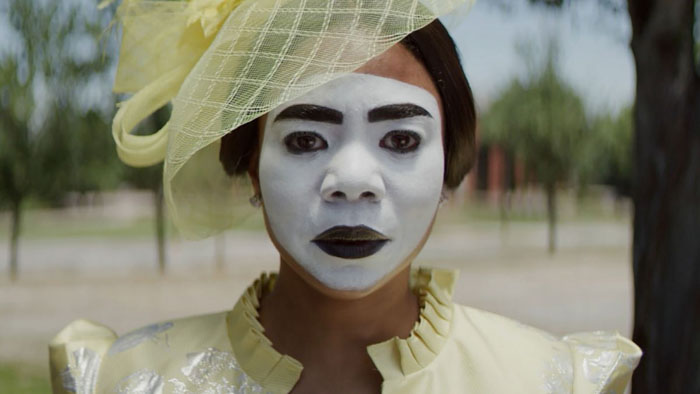 Scott Menzel: That is a great story. I’m sure this is a question that you have been asked a lot, but I’m very curious. What was the inspiration behind this? What inspired it?

Adanne Ebo: Very much our own lived experiences. We’re originally from Atlanta, Georgia. And grew up in the church and grew up going to church. And we grew up at a very particular time in the early two thousands where megachurches were becoming more and more prominent. So the height of megachurch culture. So it came from our lived experiences of having to attend church but then having complicated feelings about it because there was a ton that we felt like we didn’t quite jive with. And that we had pretty heavy critiques on and that we were frankly frustrated with. But then there were also aspects of it that we still loved and had reverence for. And so we were in this weird limbo spot with the church as an institution and personal faith and spirituality. And so all of that and for very particular reasons. And so all of that is what helped inform our decision to make this project.

Adamma Ebo: Because it purports to me, religion often reports to do, in my opinion, the impossible. And I think that when you are reaching for the impossible and fall short, it’s a breeding ground for that type of commentary. For things that are dark and depressing. But also things that you have to make a joke out of because it’s like, “Why do we subject ourselves to this?” But then there’s also the part of it where it’s like, “Oh, this is why it’s so meaningful to people.” And I think satire does that very well.

Adanne Ebo: Satire can explore all of that. Satire explores its complexity of it.

Scott Menzel: Is there a particular scene that you found that is your favorite, or is there one that you found to be very difficult to film? I know everyone always has at least one in every movie. This was the hardest one to get through, or this is my one that I’m so glad we got because it turned out to be my favorite.

Adamma Ebo: The hardest scene to film is the confrontation on the side of the road with Kaluuya, when he drives up, it was the hardest scene to film. I think the actors are perfect in it. The hardest thing about it was the fact that we were on the side of a real road in 98-degree weather in June and July in Atlanta. But then also because there are multiple styles happening in this film, and in this scene is when the styles start to converge and mix the most. And so we had to shoot the scene. We didn’t have, you never have enough time, but I think for the complexity of the scene, we didn’t have nearly enough time. And we had to shoot the scene in both styles. And so it was really challenging to pull off.

Adanne Ebo: And I think both of us really, really love the perfect man sermon, where Sterling is practicing his sermon in front of Trinity. And I think it just came together exactly how we envisioned it.

Adamma Ebo: It’s the first scene that I saw completely visually when I started really thinking about making this.

Adanne Ebo: And it just came too. And then the end product with everything with RDP, Alan Wasowski operating the camera to our composer, Marcus Norris, giving the perfect score for the perfect man sermon. And just the editing with our editor, Stacy Moon, and Ali Greer, finding the perfect cadence for when Trinity ultimately interrupts that, really disrupts what we all just sat through. It just came together perfectly.

Scott Menzel: Wonderful. Well, Thank you for your time today. I look forward to seeing what you do next.

Adanne Ebo: We really appreciate it.

Honk For Jesus. Save Your Soul. is now in theaters and is available to stream exclusively on Peacock. 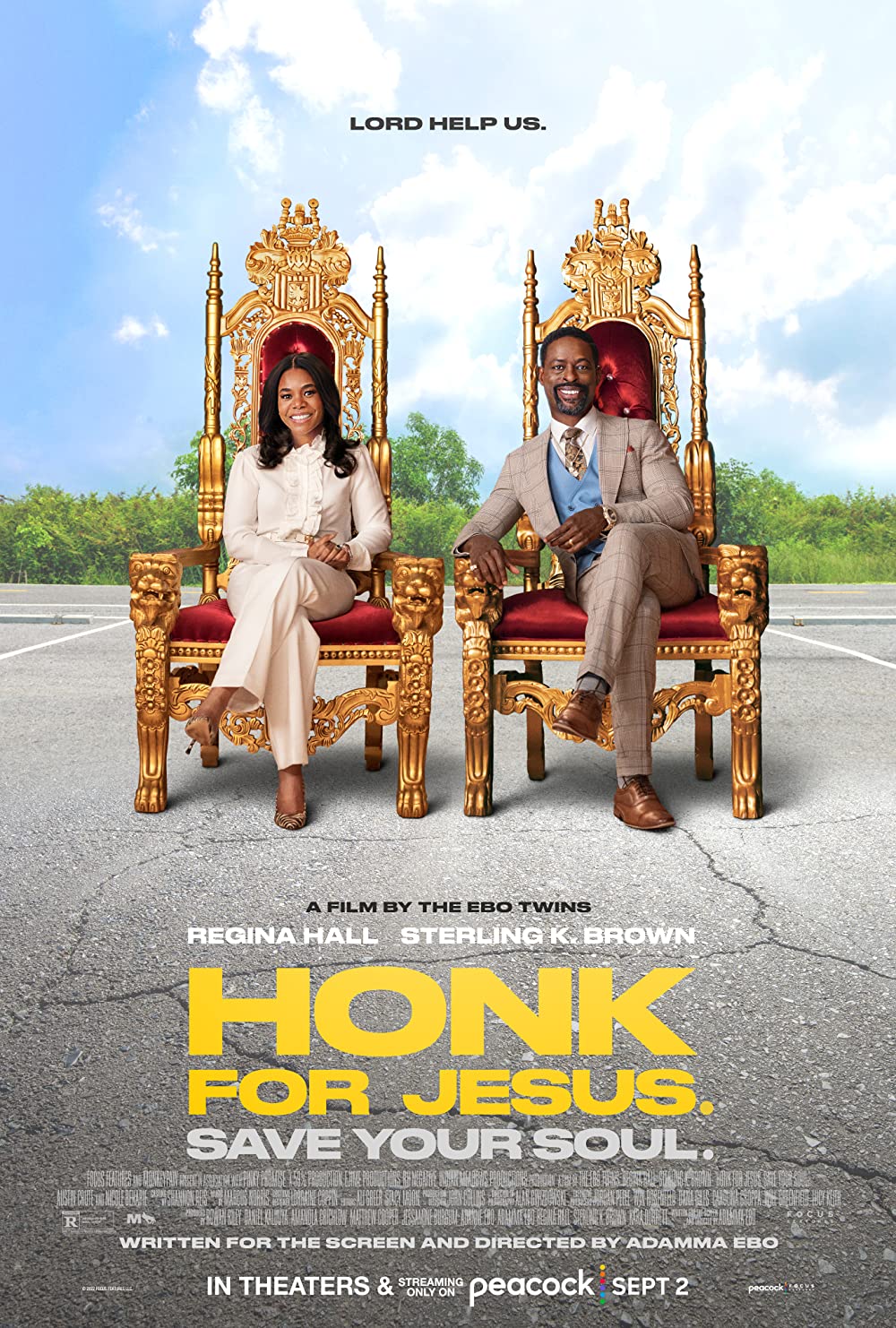 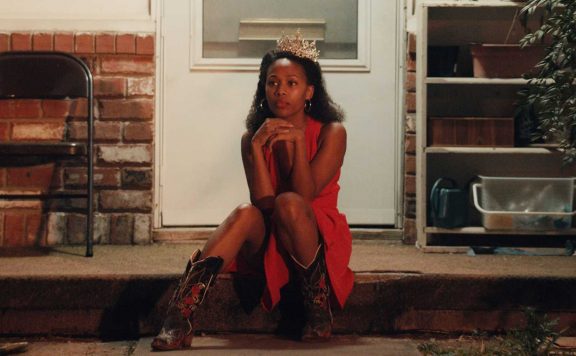 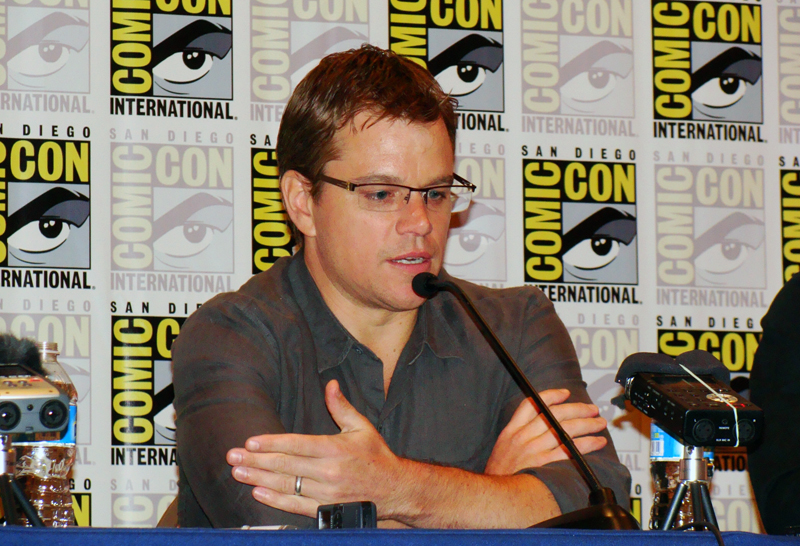 How Damien Chazelle Inspired ‘Honk For Jesus. Save Your Soul.’