Is it just me, or have we experienced this all before? Nope, this is more than just a simple case of déjà vu. Joe Carnahan’s Boss Level is the latest high-concept endeavor to utilize the “time loop” trope. While nothing can replicate the originality of 1993’s Groundhog Day, many filmmakers of late seem infatuated with putting their own spin on the cyclical format. Just look at the accolades and glowing feedback for Max Barbakow’s Palm Springs for evidence. It’s clear the “time loop” is a familiar entry point for audiences, allowing auteurs to carve their own special slice from the comforting pie. Hulu, especially, has cornered the market on this front.

What sets Boss Level apart is how closely its story mirrors the experience of gamers. Carnahan’s latest — with Frank Grillo as its beefy action star — is essentially a series of redos after consecutive “game overs.” Grillo plays Roy Pulver, an ex-Special Forces soldier who finds himself waking up to a machete aimed for his head, a woman from the previous evening in his bed (Annabelle Wallis), and infinite lives to survive this whole ordeal. Like the video game community, Grillo knows that the only way to progress through a stage is by tackling obstacles differently each playthrough. The more he dies, the more knowledge he gains to survive for longer periods of time. 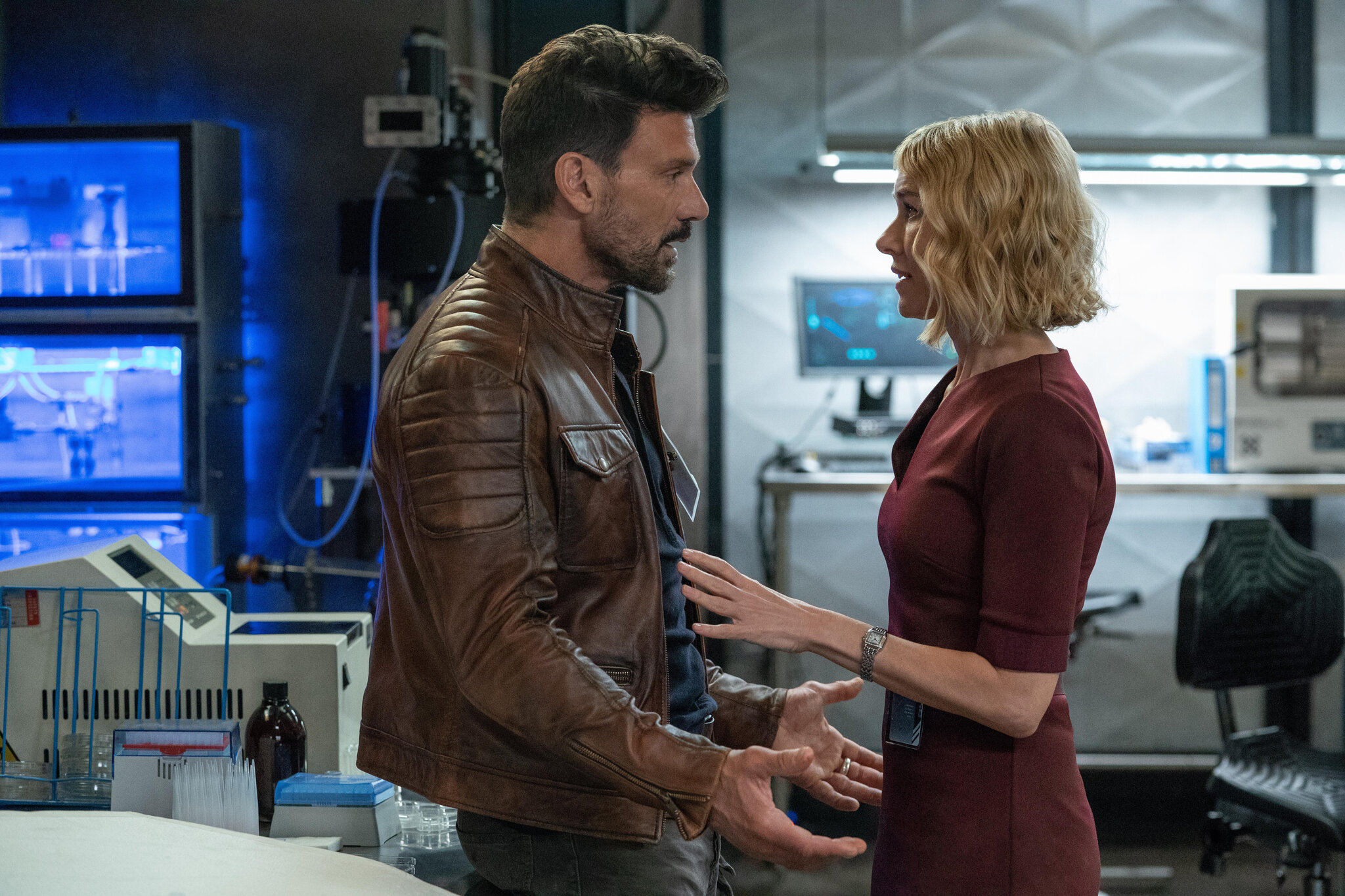 The only problem: he’s a man on a mission without a goal marker — Pulver must retrace his memory to figure out the significance of his predicament. If he can uncover what led him to this mad spiral, maybe he can escape it. It turns out, Pulver didn’t start off as a ne’er do well, drowning in his own PTSD sorrows with copious amounts of alcohol. He enlisted in the military to serve his country, but more so to protect his family. His wife Jemma (Naomi Watts) is a brilliant scientist working on a top secret quantum device known as the Osiris Spindle. The pair share a son, Joe, played by Grillo’s real-life son, Rio Grillo. Because Pulver was always away on overseas tours, he and Jemma decided to withhold Pulver’s paternal identity. To Joe, Ray has always been a close friend of his mother who checked in on the pair from time to time.

Naturally, Joe and Jemma factor into the greater challenge of saving his loved ones alongside preventing the end of the world. To do so, Pulver must first face an army of merciless assassins — essentially bootleg versions of the formidable killers that Uma Thurman’s “The Bride” faced in the Kill Bill volumes. Only this time, Pulver gets multiple opportunities to outwit his vociferous attackers. The standout among them is Guan Yin (Selina Yo), who announces her kills like a Mortal Kombat finishing move taunt. “I am Guan Yin, and Guan Yin has done this” may be proclaimed with repetitive gusto, but there’s no denying it’s the most iconic quote in 2021 cinema thus far. 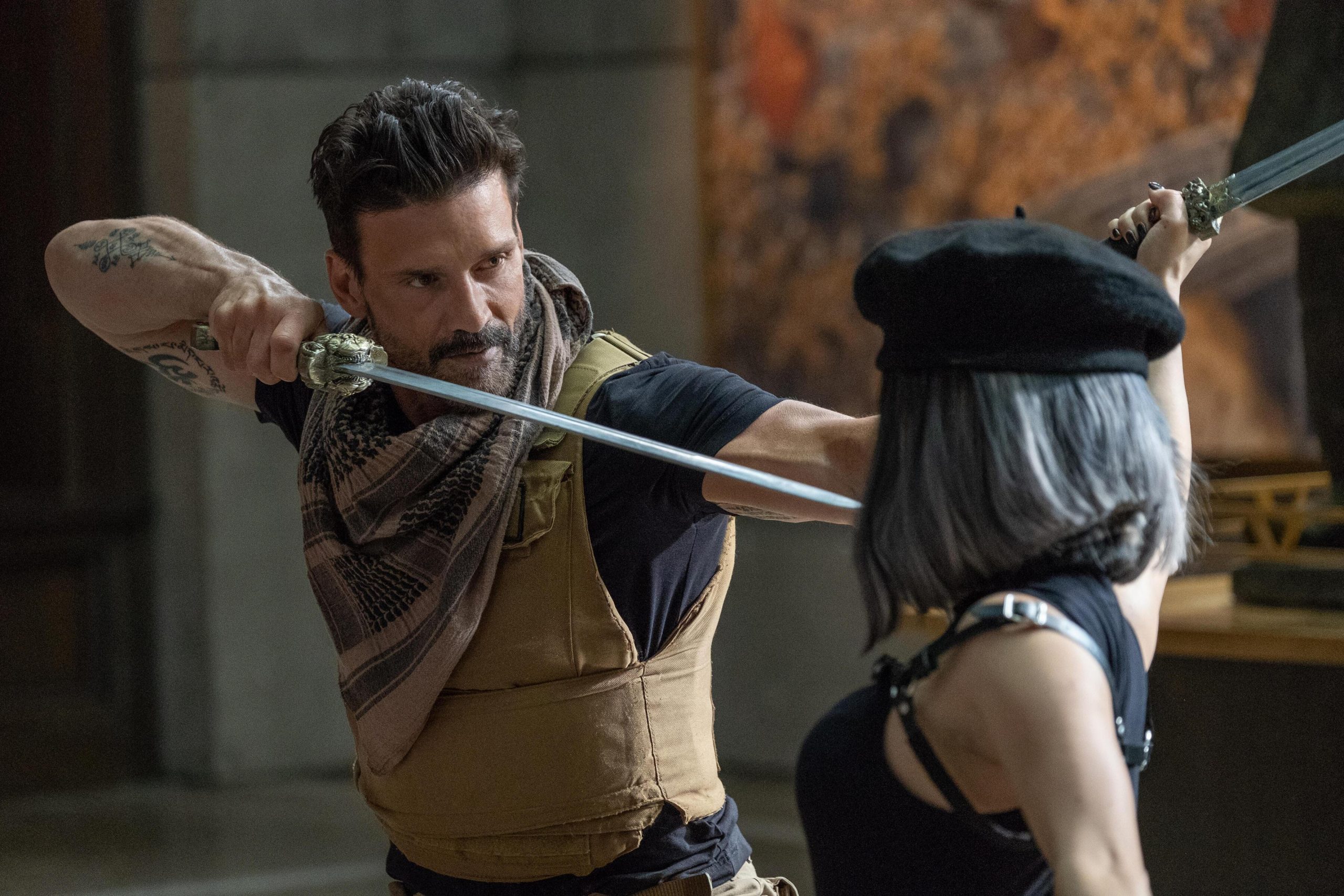 For all the fun Grillo has navigating the same scenes in heightened variation — intentional retakes, if you will — his blissful romp never fully compensates for the script’s overall lack of purpose. Carnahan and writing partners Chris Borey and Eddie Borey derive pleasure from finding new ways to make Roy suffer through his progression. But Pulver’s “rag doll” disposability loses appeal mid-adventure since there’s never a race against the clock nor a detailed explanation of the armageddon stakes he faces. While it’s obvious what will be asked of Roy once freed from the time loop, it’s hard to shake the feeling that Boss Level wastes its time with sentimental value when it could have just owned its absurdist atmosphere. His relationships with his son and estranged wife are sorely underdeveloped, forcing last-minute heart into a story that’s better off without it.

Besides being genuinely unlikeable to begin with, Mel Gibson’s presence as main villain Clive Ventor — the literal boss of Jemma — is an awkward one. Carnahan gives the controversial star as little to do as possible without reducing his omnipresent threat. Michelle Yeoh is woefully underutilized, and Ken Jeong continues his run of characters offering quippy commentary from the sidelines. Grillo is truly a machine built for cinema badassery, and I hope whatever success comes from Boss Level grants him the elevated status of go-to action star. If Liam Neeson ever wants to retire from the genre, he should walk away knowing it’s in capable muscle. 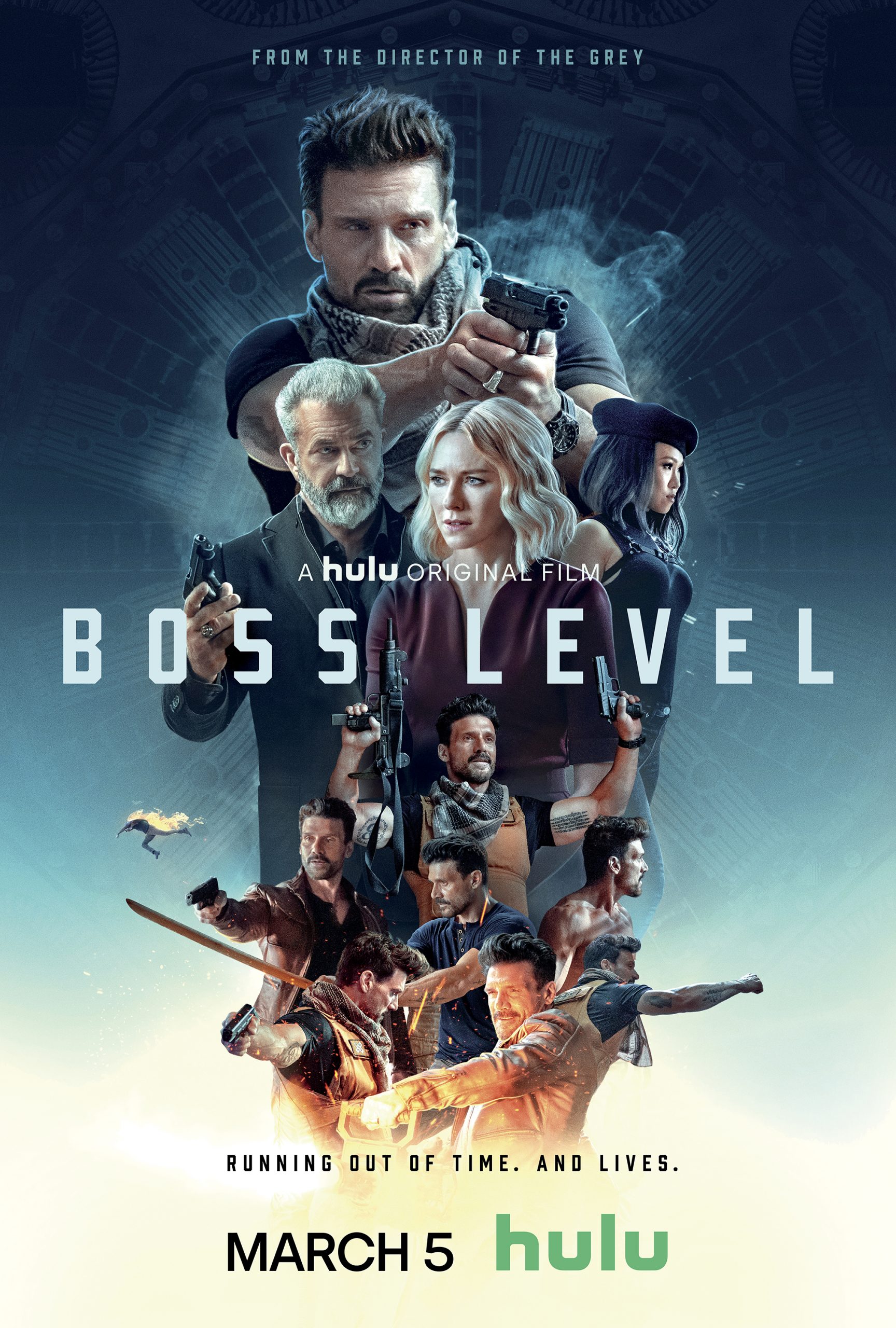 ‘Boss Level’ Review: Saving the World by Trial and Error