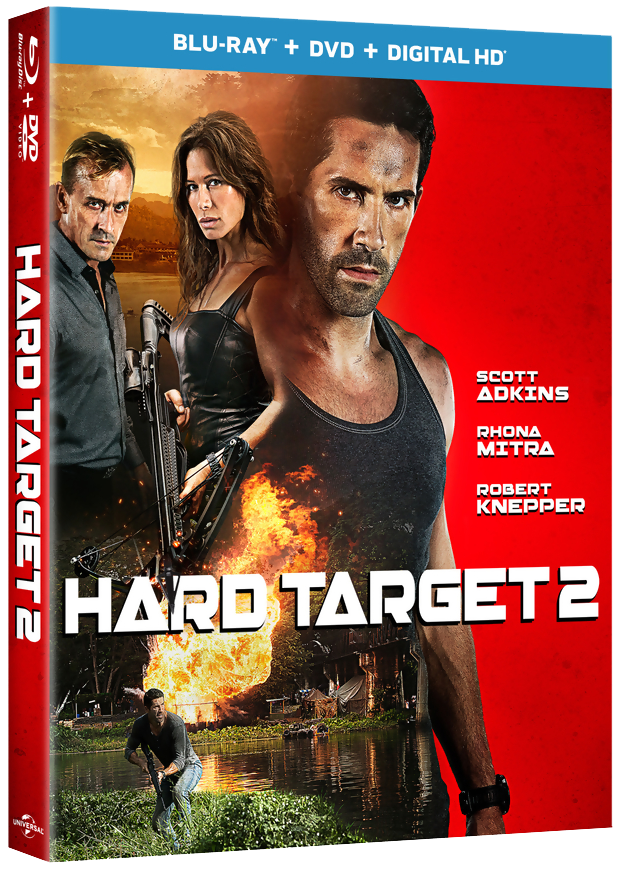 I’m surprised it took this long to do some sort of Hard Target 2 on video or theatrical. The premise is the franchise so it could be a new action hero every time. I’m glad now is the time though and Scott Adkins is the target. Really, Hollywood keeps trying to get The Most Dangerous Game right. It’s such a pure and simple concept, hunting a man, but it usually ends up being a B movie like Surviving the Game. Hard Target was the closest they got and even that was compromised from John Woo’s original cut. I think Hard Target 2 finally gets it right. It’s just balls to the wall action and totally satisfying throughout.

Wes Baylor (Adkins) accidentally kills his opponent and friend in the ring. In a spiral of depression, he goes to Thailand taking underground fights. Aldrich (Robert Knepper at his seductively evil best) offers him a chance at redemption with a big enough purse that he can disappear. Once Baylor sees that Aldrich hired him to be the target of his millionaire’s hunting club, it’s too late to back out.

Hard Target 2 is full of Wooian moments: Mexican standoffs, slow motion and doves flying around. Well, one dove. And it may be just a generic white bird. I’m not an ornithologist. These are of course only the superficial basics of what John Woo did but it’s fun to see those trademarks worked into the sequel decades later. It shows this is still the world of Hard Target.

Baylor’s ring fights are more elaborate because whoever he’s facing off against is another fighter. Aldrich’s hunters are more like brawlers if they are trained at all. You can pinpoint some of the limitations of the budget, like that is not a Las Vegas arena in the first fight, but they still have a good amount of extras up front. Do we really need them to spend time creating CGI crowds? It’s smart that they focused on the action, making it a great fight scene, and we suspend disbelief that Baylor was a Vegas level fighter.

Hard Target 2 just gets right to the action and never lets up. We get ATV chases, speedboat chases, bow and arrow, explosions and plenty of one on ones. Adkins even faces off against a modern Thai film legend in a great moment. Director Roel Reine knows how to shoot the action so we can see and enjoy all the great work his talented performers delivered. This is better action than we got in movies like Jason Bourne, The Huntsman, Star Trek Beyond and Warcraft on a fraction of the budget.

Thailand looks majestic on Blu-ray. In HD, the fight pits are full of grimy detail, and you can see all the sweat glistening off Adkins’ abs. The film presents several different looks too. There is a rooftop party fight that is blue and crisp, a counterpoint to the hot fight pits, and the lush, green jungle.

The deleted scenes include an extra Thai fight scene and a scuffle at Aldrich’s pool party, so you see there wasn’t even room for all the action they filmed for Hard Target 2. Even the montage of shots of Thailand include some extra kicks from Adkins. The behind the scenes features show off the stunt work. We get to see Adkins and stuntmen landing on pads in the jungle, setting up squibs and choreographing some of the fights. “Thrill of the Hunt” actually has the bad guy actors in character. It’s cute but inconsequential.

The audio commentary is great. Hearing Reine speak passionately about specific techniques and equipment is infectious. Hearing about a monopod attached above the camera and the drone shots he flew himself is real filmmaking talk. It’s also fun that he calls the cast and crew to speak on the phone during his commentary, but the scene specific stuff is the best.

Franchise Fred approves Hard Target 2, although even if it weren’t a franchise I think it’s a great Scott Adkins vehicle. I do believe Hard Target sequels could be vehicles for more action stars. Perhaps Alain Moussi could do one or a female fighter like Jeeja Yanin. I’d bet Adkins would want to stick with it himself though, and narratively you’d also have to figure out who keeps staging most dangerous game hunts. But they went to Thailand for this one. They can probably find rich, entitled sleezebags all over the world. 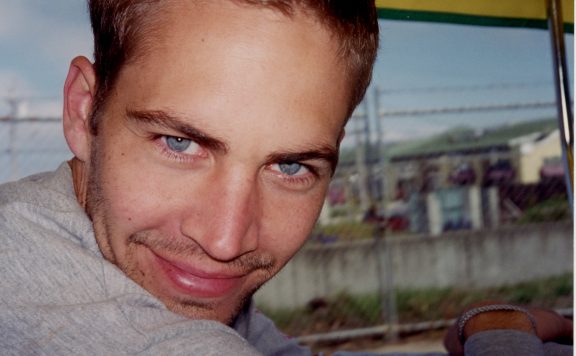 Franchise Fred Review: Hard Target 2 Is The Best Most Dangerous Game I'm surprised it took this long to do some sort of Hard Target 2 on video or theatrical. The premise is the franchise so it could be a new action hero every time. I'm g...
0
Average User Rating
0 votes
Please sign in to rate.