When I was a kid, I couldn’t understand why grownups didn’t like as many movies as I did. In my 20s I had a few veteran colleagues who hated almost everything new and longed for bygone eras like the ’40s Golden Age or ’70s auteur age. All due respect to those eras, I couldn’t imagine having no interest in all the exciting films that were still being made.

Now that I am one year away from my 40s I am starting to understand why people lose interest in current movies. I’ll never give up completely but I realize I have to redefine my place in modern cinema.

Most basically, movies are made for young people. I always knew that intellectually. They’re trying to attract young dollars with all the free time to go back again and again and that’s okay. There’s a whole new generation of cinephiles and they deserve to be catered to just as I was in the ‘80s and ‘90s. I’m happy to pass the torch to them and find out what they discover. 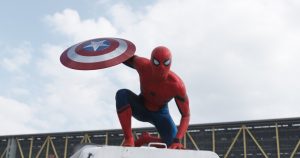 Luckily I’ve never outgrown those things so there will always be something for me to see. I love action so superheroes fit the bill, and I’m more likely to try out low budget straight to video movies with cool martial artists doing practical stunts. I’ll always like sci-fi, horror and raunchy comedies, but not everything.

I don’t need to like YA adaptations. Even if they overlap with sci-fi and action, it’s okay. They’re aimed to be a generation’s first references. I’ve already got Terminator and Robocop in my head. Honestly, I’m not into Harry Potter. I gave it eight chances so maybe Fantastic Beasts is just not for me, even though I’m Franchise Fred. 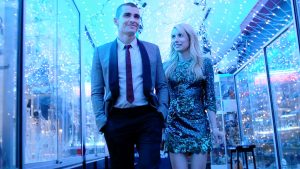 I don’t need to see every Kevin Hart movie that comes out. Good for his fans, but I don’t have to try to be one of them. The teen movies being made for the social media generation like Nerve and The Duff are very clearly designed for someone else, so that helps me narrow things down a little. The Edge of Seventeen though is for everyone.

The Goonies and Teen Wolf were not movies my parents enjoyed, because they weren’t kids who dreamed of having adventures in booby trapped caves or turning into werewolves. Films like Back to the Future and Ferris Bueller’s Day Off were for everyone though, and there will still be crossovers. As I’m about to discuss, it’s becoming more important that I devote time to exploring the cinematic past.

More practically, there just isn’t time to watch everything. Through my 20s I would see every movie that came out just in case I discovered a surprise. That’s simply impossible now. There are more distributors than ever putting out movies. There are five major new releases a week (growing up there were 2 or 3). There’s quality television also. So some films won’t make the cut. 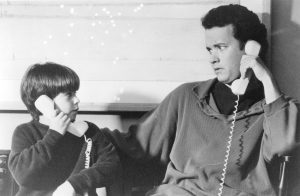 Remember to read my new take on Sleepless in Seattle in DVRemember!

There’s also still the entire history of cinema full of movies I still want to discover, or favorites I want to revisit. Writing the DVRemember column made me realize that the movies of my life covers 39 years now. When I was a teenager I could watch my favorite movies ten times each because there were probably less than 100. Certainly less than 1000. I now own over 1000 DVDs and Blu-Rays that are all theoretically movies I’d want to watch again, and I still find more movies to record.

One option would be to cut down on nostalgia to make time for new movies. As a kid, I knew adults who never watched a movie twice and I didn’t understand it. Why wouldn’t they want to see their favorites again? If they were 40 or 50 they just didn’t have time, and if they weren’t a movie buff they had other things to which to devote their time.

I don’t want to do that. The movies of my past will always be important to me. Plus, those were made for me when I was of age. I should accept I’m entering a different phase of modern movies so I can make more time for my nostalgia, and certainly for delving into historical cinema that is still relevant today. Seeing movies again as an adult is a new experience worth having every time. That means everything I’m re-watching now I may try again when I’m 60 and see if my life experience recolors them again.

They say you can’t do everything and that includes you can’t see everything. I always try to anyway, but with movies it’s exponential with the past compounding the future. My god, if you like foreign cinema there are entire industries full of decades of films. For me, it’s Hong Kong. I just know that’s a priority so I have to give myself permission to skip another movie that is quite clearly not for me.

Back when I saw everything I would discover movies I didn’t expect. The trailers did not make It Could Happen To You look good but it became one of my favorites. What’s Eating Gilbert Grape couldn’t really be conveyed in an ad but it turned out to be my speed. It would be a shame to miss out on surprises like that, but now there are many more mechanisms in place if I overlooked something.

I have colleagues who are assigned different movies, people who know me well and could estimate my taste, social media to make things trend in the right communities, film festivals to sift through them and specialized critics like Vern who pointed me to Scott Adkins and Isaac Florentine. They will screen the clutter for me. And I’d still never miss an It Could Happen to You because Nicolas Cage is in it. I’m still obsessive enough to see everything my favorite actors and filmmakers do. 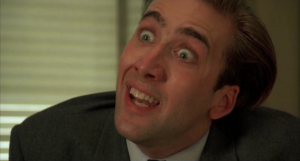 I would still theoretically give anything a chance on spec. It’s painful to decide I won’t watch a movie, but I may have to put some blind faith in the other forces to direct me to those movies. People will still invite me to movies and I will go for their company. That’s one way I’ll give random movies a chance. When it’s my pick though, I may favor a classic. Since I’m Franchise Fred, sequels will always be in my future.

The Rest of My Cinematic Life

It’s good that I’m realizing this now. One day I’ll have kids and I’ll have even less time to watch movies. I will be awesome to show my kids all the great movies, way better than seeing whatever new piece of crap is in theaters by then. I’ll start cinema over from scratch as they discover movies for the first time, some with my help, and some letting me discover their generation.

Heck, it’s my job and there’s already not enough time to see everything. My assignments will take care of some of viewing choices, and the time I have left probably shouldn’t be entirely devoted to the Sisyphean task of trying to watch everything. So making a plan and giving myself permission not to see everything is healthy. Everyone’s plan will be different. Some may choose new discoveries over revisiting the past, and that’s okay too. The point is to figure out what’s important to you cinematically and prioritize that. 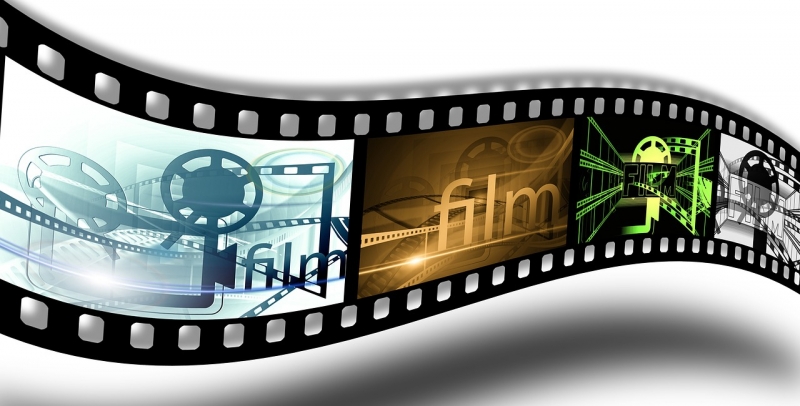 When I was a kid, I couldn't understand why grownups didn't like as many movies as I did. In my 20s I had a few veteran colleagues who hated almost everything new and longed for bygone eras like the '40s Golden Age or '70s auteur age. All d...
0
Average User Rating
0 votes
Please sign in to rate.