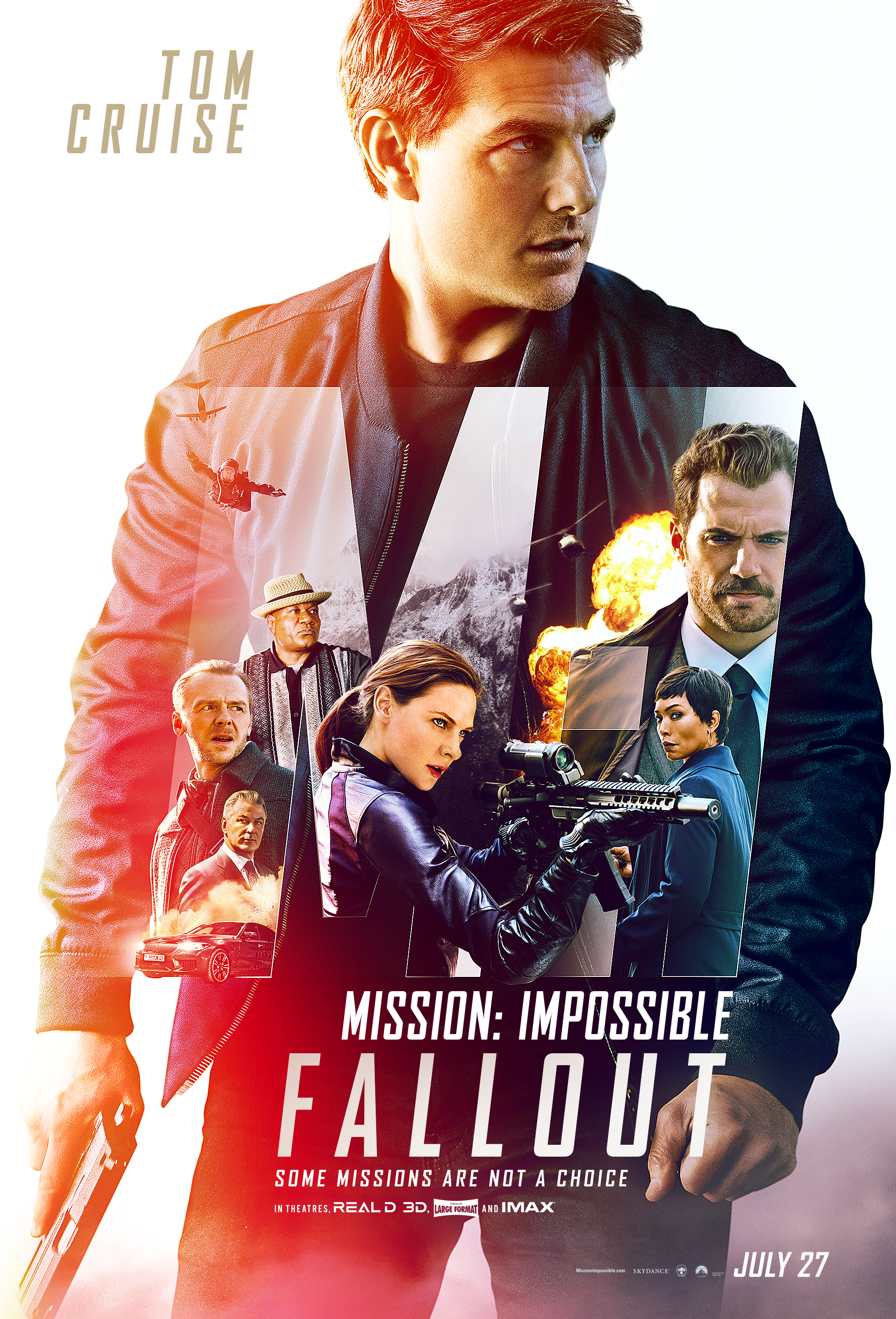 “Mission Impossible: Fallout” Chock-Full of Action But Not Perfect

Some things are synonymous with action, and two of them are part of this movie: Mission Impossible and Tom Cruise. His career has spanned decades, and he continues to impress with his acting ability and insistence upon doing his stunts for his films. The latest Mission Impossible film, Mission Impossible: Fallout finds Ethan Hunt working to save the world once again. A group of radicals called the Apostles, who is determined to destroy the world and restore peace. While working to stop these maniacs, he is forced to work with CIA agent, August Walker (Henry Cavill) on the orders of Erica Sloan (Angela Bassett), director of the CIA. While pursuing this group, they come in contact with Isla Faust (Rebecca Ferguson) and Ethan is put in a very interesting position. As part of the mission to take down this organization and stop a worldwide attack, he has to work with The White Widow (Vanessa Kirby), an arms dealer and broker who hides behind her philanthropic endeavors. By working with her, he can hopefully prevent a catastrophic event and save the world once again.

Most of the Mission Impossible films are incredibly entertaining and full of action. Tom Cruise is easily the most significant action star of all-time and continues to showcase his talents with these films. The action in the film was incredibly tense and fascinating to watch. Christopher McQuarrie does fantastically working to create some amazing action scenes with stellar visuals.

Tom Cruise, as usual, is wonderful to watch and epitomizes what an action star is. Having Henry Cavill join the film was interesting. I think that their characters were different enough that it was enjoyable, but I don’t know how much they let Henry act. I feel like a lot of the performance was less than his best, but maybe it was because of the character he was given. We get a glimpse of the fight scene in the bathroom in the trailer of the film, and it certainly doesn’t disappoint in the film. Their chemistry together was pretty decent, but it still felt a bit off somehow. Simon Pegg, as usual, kills in this role. I don’t know what it is, but this role just suits him so well. Ving Rhames gives a solid performance and has excellent chemistry with Pegg. The two standout performances for me were Rebecca Ferguson and Vanessa Kirby. Their characters were compelling and multifaceted. It was drastically different than seeing Vanessa Kirby in The Crown or Rebecca Ferguson in The Greatest Showman, but I appreciate seeing them in radically different roles.

Where the problems arise for me is right from the beginning of the film. While the opening scene set a very high standard, I felt that it was very slow to get into what the crux of the story is. With the overabundance of characters, which you need to follow, and jumping from place to place, it all feels a little jumbled at the beginning of the film resulting in the audience being unable to enjoy it thoroughly. Another issue that arises is that the story is relatively predictable. You see a lot of the twists coming, and it lessens the impact of the story.  In combination with the predictability of the story, the middle of the film starts to drag, and you begin to feel that two-hour and twenty-seven-minute runtime very heavily. 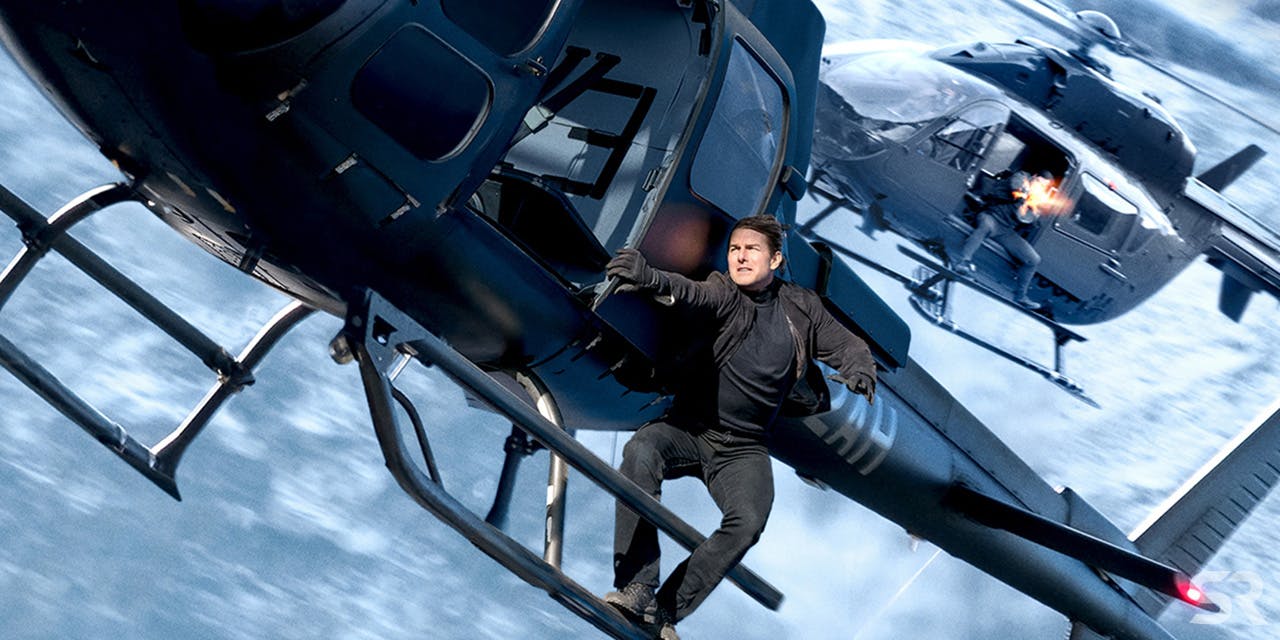 Despite these issues, the final 45 minutes of the film are phenomenal and entirely make up for the rest of the film. The atmosphere is very tense and nail-biting as we watch a helicopter chase, many different physical altercations, and a race to beat the clock and save the world. Even with its faults, Mission Impossible: Fallout delights the audience with the over-the-top excitement and armrest gripping action. The cheese factor rears its head just enough to get the audience the laughs it needs to round out the film and make it a truly enjoyable experience. Mission Impossible: Fallout is a solid addition to an already superb franchise and continues to solidify Tom Cruise as the biggest action star of the century. 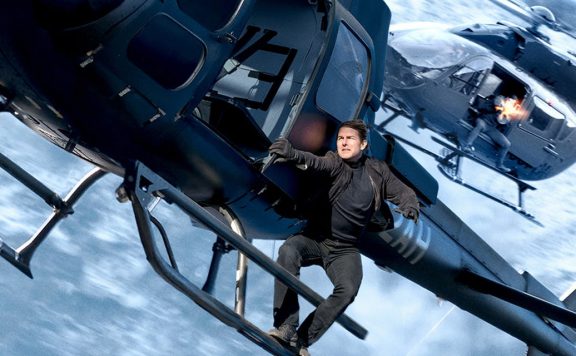 Mission: Impossible Fallout Review: No One Does Action Better Than Tom Cruise
July 13, 2018