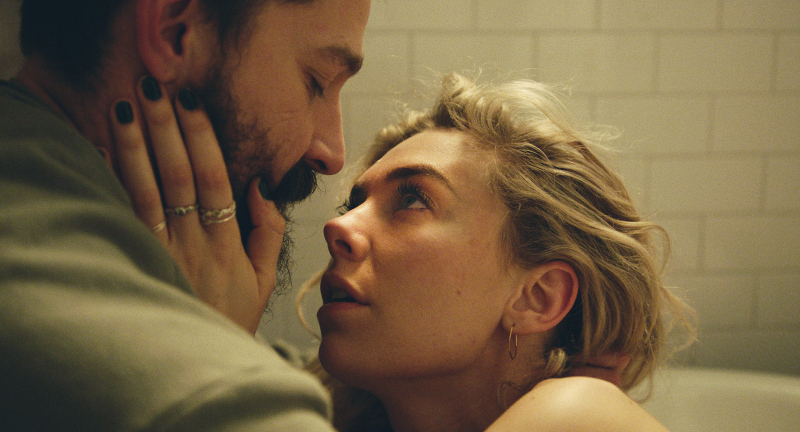 Two pounds three ounces. That’s the exact amount I weighed when I was born as a child with cerebral palsy. I was a premature baby and could’ve shared the same fate that befalls the newborn in the standout film of the Toronto International Film Festival, Pieces of A Woman, but I was lucky.

The film tells the story of Martha (Vanessa Kirby) and Sean (Shia LaBeouf) Weiss. The married couple is getting ready to have their first child.  They are excited, jubilant, and nervous as any parents should be.  The birth of the child does not go as expected. Something happens that changes and shapes how Martha and Sean interact with each other and treat life as a whole.  We watch two people go from being the best couple possible to being complete strangers toward each other, and the effect that has on everyone around them.  This film may be the ultimate portrait of grief and the many ways it can manifest itself not just with the active participants but in those who love them.

Pieces Of A Woman is, without a doubt, the best film I’ve seen this year.  Vanessa Kirby takes what could be a loud and involved performance and shrinks down to its very essence. What would it be like for someone who experienced a tragedy to live day to day with that grief displaying itself in so many different ways?  That emotion is so palpable it manifests itself by being as invisible as possible.

The fact that an actress can somehow give those emotions or the lack of them a face and a physical response within the human body is something I’ve never seen before.  Usually, when you hear critics talk about a performance, they always look at the openness of the dialogue in the conversations and the physical body movements in and around a space. For Pieces of a Woman, it’s the complete reverse. The viewer must continue to look at what she doesn’t say or do and how that affects everyone around her. Kirby makes it her mission to be as understated as possible, and it does more to give the audience an insight into the mind of the character then any loud, angry moment could ever do.

Shia LaBeouf has always been a phenomenal actor.  As the grieving husband, he gives everything in his performance.  Except for Martha’s mother, Elizabeth (Ellen Burstyn), Sean is the only person the audience sees grieving out loud.  What becomes even more striking is the other personal challenges he is facing while grieving. 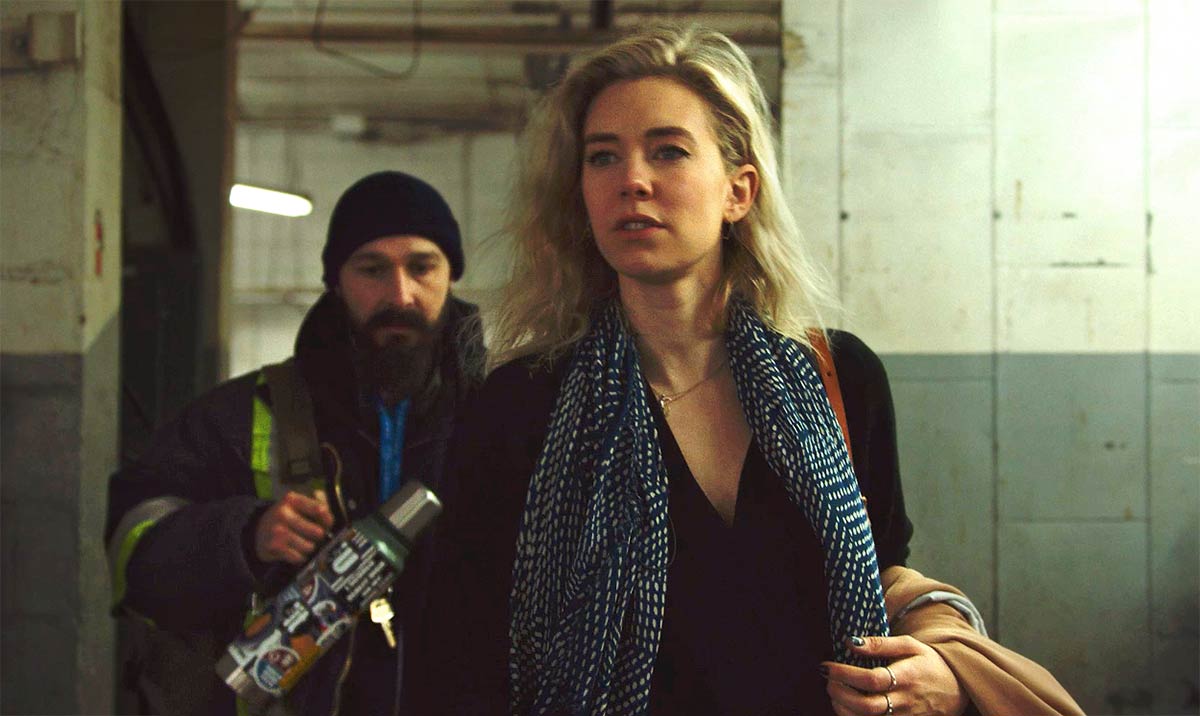 Sean works a 9 to 5 job as a builder who doesn’t have the same financial opportunities his wife does. As a result, he’s often treated like he doesn’t exist.  LaBeouf gets all the credit in the world for being as genuine, supportive, and distressed throughout the film as anyone I have ever seen go through tragedy. He is an actor people should remember and take note of.

Grief and tragedy are powerful tools for reinvention. Whether they are used to better someone or not is really that person’s choice. Pieces Of A Woman is not about getting better or even about moving forward. It’s about coming to terms with what you can’t fix, and what you can’t change about what’s to come.

A scene I love most occurs during a Thanksgiving dinner, more than halfway into the film. Martha has finally called out her mother for trying to make decisions regarding how she should handle her grief. That long, drawn-out fight is probably three minutes in length, but it is the bluntest the film ever gets about what we watched in the film’s opening half-hour birth sequence. It’s almost too raw.

The direction and writing by Kornél Mundruczó & Kata Wéber is beyond first-rate. I have no idea how they were able to craft the film’s opening 30 minutes crafted as one unbroken sequence, but it informs so much of what’s to come. They treat every moment after that opening like a continuation of it through the brilliant architecture for the story. I’m grateful that even though I was premature, I’ve been given a chance to live.  This movie shows you how people break if the child doesn’t get that opportunity.

I don’t often say this about a film, but this Pieces Of A Woman is unmissable. Everyone who’s going through something should see it and learn from it.  Movies often exist to give us an escape, but every so often, they can also show us who we are and maybe who we can be.  This is one of those times. Don’t miss out! 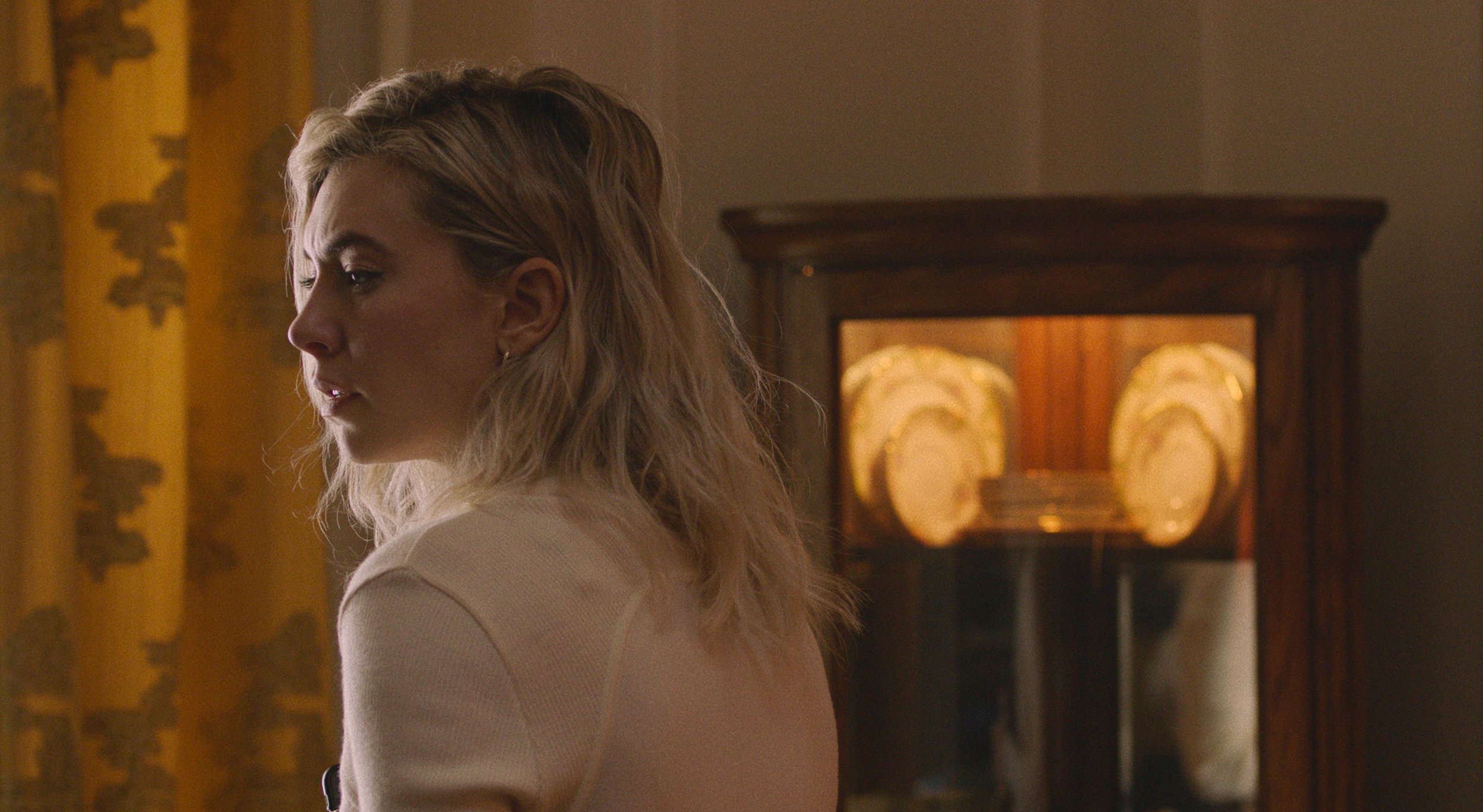 TIFF 2020 Review: ‘Pieces Of A Woman’ Displays Movement Through Grief