It’s clear to anyone that the Marvel Cinematic Universe is now, accurately enough, truly a world of its own. New Marvel projects are not only critic-proof, but there are so many people already inside the tent that it’s practically public-proof. The Marvel tent is swelling with content and enough fans to lift it high above any traditional subjectivity. Anything with a Marvel tag is immune from criticism and adored before it even exists. But what is admirable about Marvel, generally speaking, is they don’t seem to take that fandom for granted, as they are as much about quality as quantity, as they continue to pump out exceptional content that continues to leave their fans wanting more.

Even when it seemed MCU content was actually trying to reach beyond the tent and appeal to people not already seeing the world through Marvel-colored glasses. Films like Black Panther, Guardians of the Galaxy, Thor: Ragnarok, Captain Marvel, Eternals, and shows like WandaVision all made attempts to appeal to a broader audience, blending traditional superhero elements with more evolved or mature elements or a more complex story or witty humor or an imaginative and unique perspective. But, outside of these few outliers, the majority of content coming from Marvel Studios follows a similar, cookie-cutter format, maintaining a very closed-circuit appeal to those already in love and invested with the MCU and its ever-expanding multiverse, seemingly uninterested in reaching any further beyond its self-inclusive ranks. Unfortunately, its latest series, Ms. Marvel, which premieres on Disney+ on June 8, continues the Marvel trend of staying inside its own safe echo chamber, despite the potential and the hope that it could have been so much more.

There’s every reason to believe Ms. Marvel could or would have been something totally unique and different. It stars nineteen-year-old Pakistani-Canadian actress Iman Vellani, who plays Kamala Khan, a sixteen-year-old fangirl from Jersey City, New Jersey, who lives, eats, and breathes the character of Captain Marvel from the MCU. Khan is a daughter of Pakistani immigrants in Jersey City, living a familiar and relatable existence as an ordinary American teenager who is trying to find a way to keep her traditional parents happy while exploring her youthful desire to rebel against everything they believe in, not because they are immigrants or Muslim, but because they are parents. It is a wonderful portrait to see on mainstream television, a Muslim immigrant family that is loving and ordinary, who suffer all the same frustrations and exasperations as any other American family, and it is something seen way too seldom in mainstream pop culture. 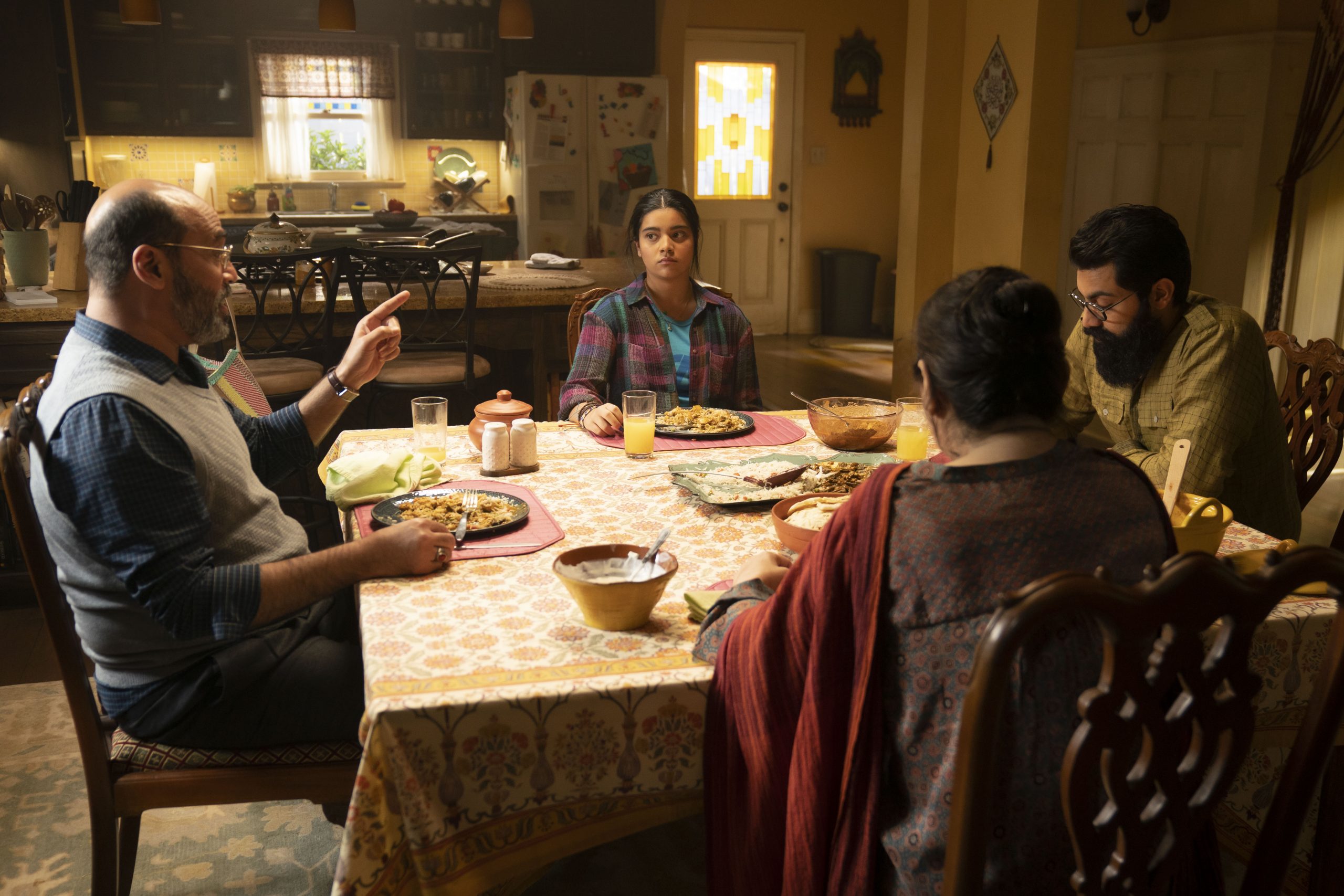 But, even though it is so wonderful to see this type of lead character and this family on a mainstream television show aimed at the whole family, it is disappointing that it doesn’t make more of an effort to break away from stereotypes. Ms. Marvel, for all of its positive embrace of a culture that has been sorely under-represented in popular entertainment, sadly conforms to the same cliched narrative format that we’ve seen in other mainstream fiction that feature Muslim immigrant families, like Ramy and Bend It Like Beckham, where the parents are tradition-first sticks in the mud, while the modern American (or British) kid just wants to live their life like everyone else. It’s a dull and tired trope and ultimately feels lazy in a piece such as Ms. Marvel, which feels like it could have risen to much greater heights without it.

All that being said, though, Ms. Marvel gives you everything you are hoping for in a Marvel series aimed at the whole family. Vellani is absolutely delightful as Kamala, exuding enough energy to light a city grid, and the first two episodes (which are all we were able to see ahead of time) are buoyed by her contagious personality. There’s nothing unexpected here, as Kamala discovers a secret power in a bangle she finds in a dusty old box in the attic and spends the second episode trying to figure out how to control it. There’s nothing in the plot or the story that we haven’t seen played out a hundred times, most notably in Spider-Man, but the style and effervescence of the production make up for its total lack of originality. Creator and head writer Bisha K. Ali and directors Meera Menon, Adil El Arbi and Bilall Fallah, have a ton of fun with it, bringing comic book elements to life on screen and infusing a playfulness and color to the story. 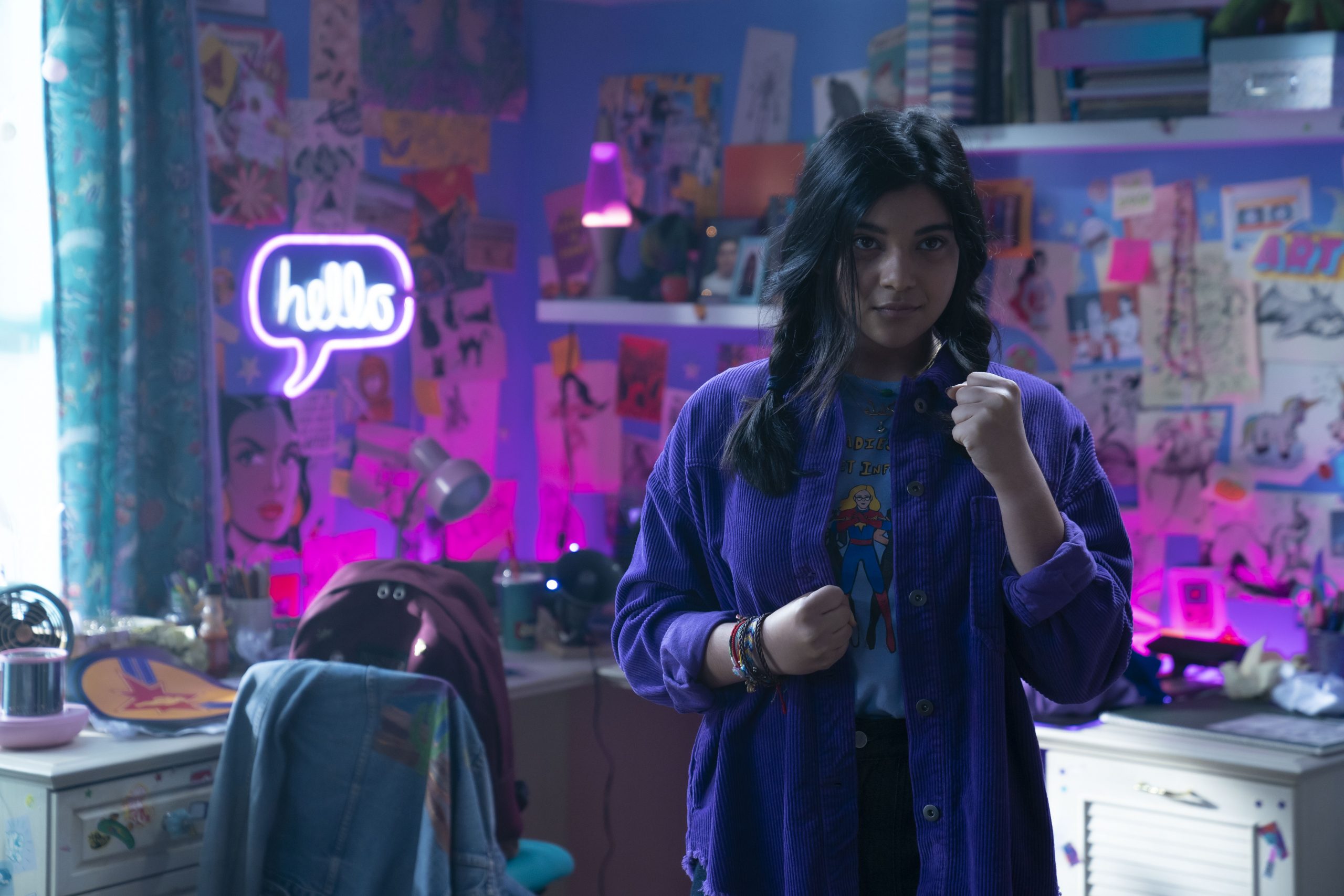 The performances are all perfectly molded to the vibe, every character fitting their prescribed role to a tee, from the shy, smart best friend who longs to be more (played by Matt Lintz), to the goofy Dad (Mohan Kapur) who tries to make up for the dour disciplinarian mother (Zenobia Shroff) to Kamala’s beautiful and supportive best friend (Yasmeen Fletcher) and Kamala’s perfect brother (Saagar Shaikh), in whose shadow Kamala has always felt stifled. There truly isn’t an original note anywhere to be found, at least in the first two episodes, but those explicitly seeking this series out may not care in the least because it delivers exactly what it promises.

Although Ms. Marvel doesn’t break any new ground, narratively speaking, it does move the world of mainstream pop culture ahead in a mighty and important leap of representation, something sorely overdue in the MCU. But, even though representation does matter, there is no escaping the fact that, in the end, Ms. Marvel cannot keep up with its own huge leap, as it quickly falls back into familiar and well-trodden narrative tropes, clichéd characters, and predictable plot. There is no denying it will please everyone already inside the tent, but there is, sadly, nothing interesting enough to bring anyone else in.

Ms. Marvel will be available to stream on Disney+ starting June 8, 2022. 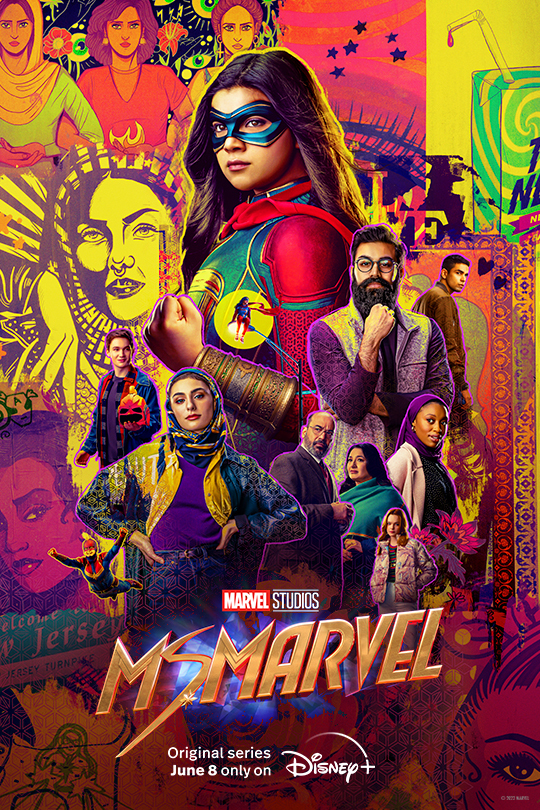 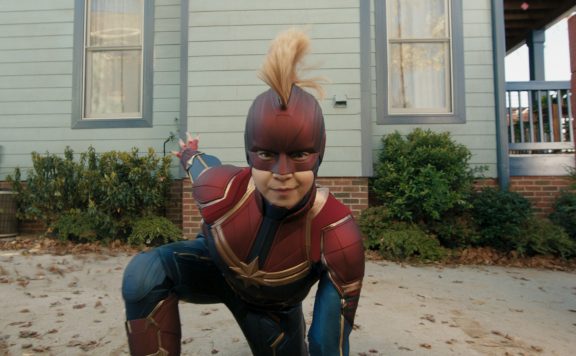 Everything that Iman Vellani said at the ‘Ms. Marvel’ Press Conference
June 8, 2022 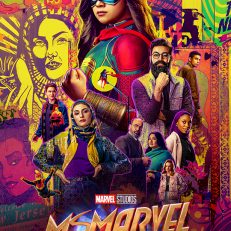 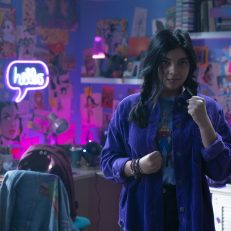 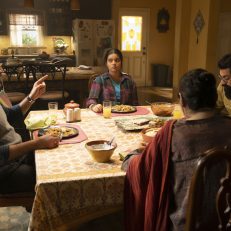 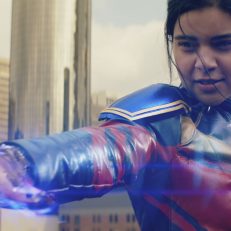