Now streaming exclusively on Disney+ is the new Marvel Cinematic Universe series Hawkeye, which stars Jeremy Renner reprising his Avengers role. Set in New York two years after the Blip, the series follows Clint Barton (Renner) as he struggles to return to his family in time for Christmas while helping Kate Bishop (Hailee Steinfeld) confront enemies from his past as Ronin. In addition to Renner and Steinfeld, the cast also includes Tony Dalton (Better Call Saul), Brian d’Arcy (Spotlight), and Vera Farmiga (The Conjuring), as well as Alaqua Cox as Echo, Linda Cardellini as Laura Barton, and Florence Pugh as Yelena Belova from Black Widow.

We Live Entertainment recently had the pleasure of attending a virtual press conference for Hawkeye, along with several other members of the press. On hand was President of Marvel Studios Kevin Feige, as well as actors Jeremy Renner and Hailee Steinfeld.

The press conference began with Jeremy Renner talking about where Clint Barton is in his life when the series begins. “There’s an emotional through-line that ties in from Endgame, and there’s a lot of healing,” he explained. “I mean, we start off with a very happy step forward into a family vacation in New York at Christmas and taking the kids to go see a musical. Then everything kind of goes sideways from there.”

Producer Kevin Feige discussed why now was the right time for Hawkeye, an original Avenger, to get his own series. “Well, primarily, it’s, Jeremy Renner,” he said. “We want to see more Jeremy Renner and you want to see more of Jeremy Renner! That goes back to the earliest days, and yes, we’re both grandfathers now of the MCU. But all of the way they were relatively small appearances, obviously. In Age of Ultron, we saw a little more and then he just started stealing all the scenes, but it was always the intention to explore much more. The character’s history is vast. Matt Fraction’s run in the comics was a big tonal inspiration for us. There are moments within all of Jeremy’s appearances where you see this mentor under the surface of this reluctant hero. One of my favorite scenes in all of our films is the scene with Clint and Wanda in Sokovia, where he basically says, ‘You go out that door and you’re an Avenger,’ and it motivates her to join the fight. That was the kernel of how we could connect our MCU incarnation of Clint Barton into the Matt Fraction storyline and the relationship with Kate Bishop.” 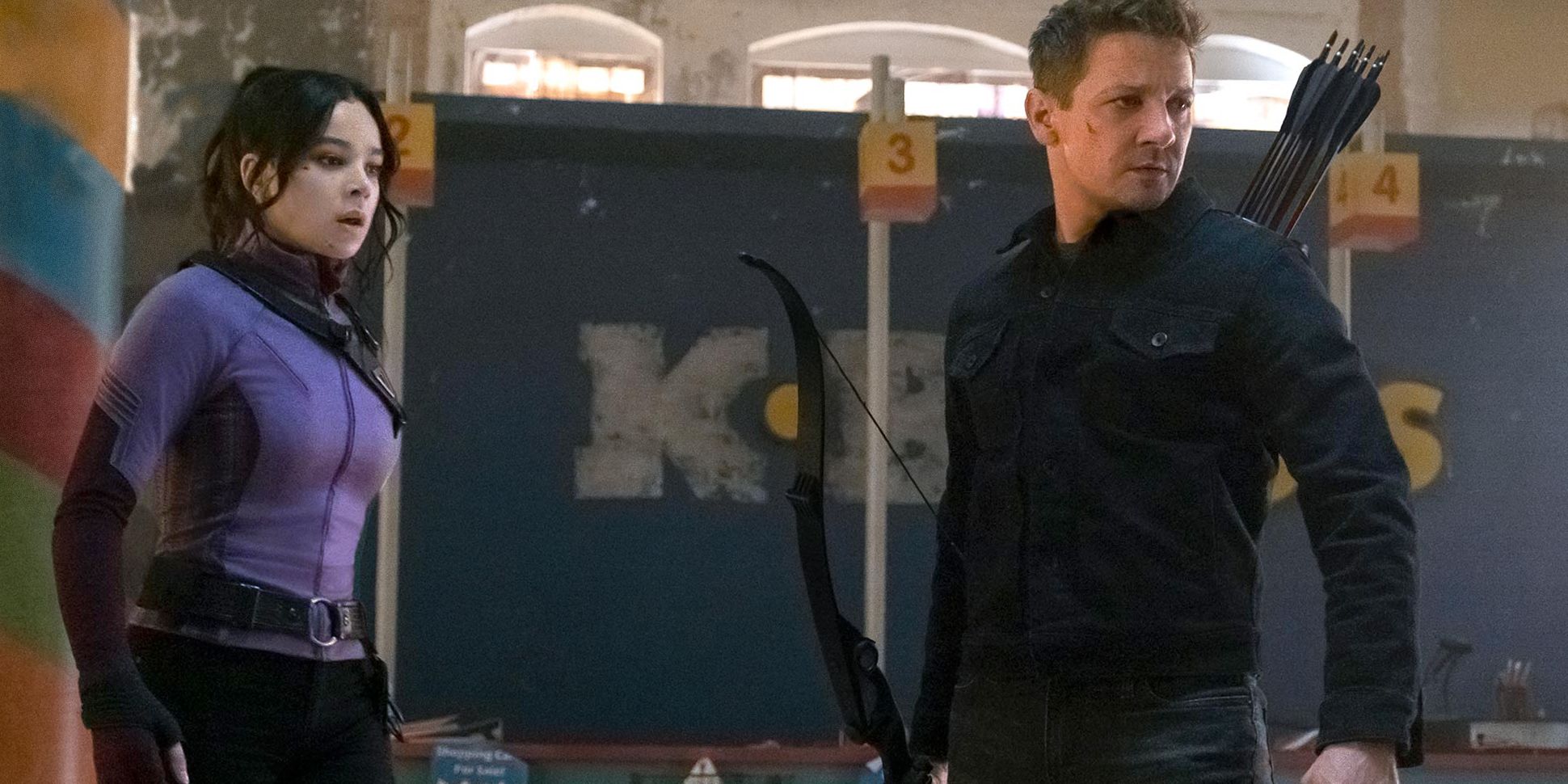 Actress Hailee Steinfeld talked about playing Kate Bishop and how the process made her more confident and determined as a person. “I really do feel like playing this character sort of forced me to find a confidence, a determination, and a discipline that’s always been inside of me, but I really had to bring it out of myself for this series and do this character justice,” she explained. “I feel so lucky to be playing a character that is so loved by so many and that people have been waiting for some time to see her brought to life.”

Steinfeld also talked about the archery advice that Renner gave her before they began filming. “I was never going to shoot an actual arrow, that was the first thing he told me,” she revealed. “For whatever reason, it didn’t occur to me that would actually be the case. But as far as bonding, I will say, we really jumped right into this thing, right straight into the deep end together. So, we were kind of taking it as it was coming, but I felt so grateful to have Jeremy’s support and his mentorship in real life as I do as Kate. We shared a lot of laughs.”

“I just wanted to communicate with her that I had her back and that there’s going to be a lot of strange things that go on,” Renner added. “You know, it’s different than other types of filmmaking. I just wanted to let her know that she wasn’t alone, and I had her back and I’ll give her the answers if she needs them.” The actor also discussed how quickly the young actress adapted to working on an MCU project. “She came in very prepared,” he said. “She came in hot and she was ready. It’s pretty sad that it makes me feel old that I’ve seen a lot of people come in and I’ve seen a lotta people go. I’m like a grandpa. It’s terrible. But, Hailee came in ready to rock, prepared, and came to play.”

Finally, a good portion of the show will look at the aftermath of the events of Avengers: Endgame and Renner talked about the survivor’s guilt that his character is going through after the death of Natasha Romanoff. “I suppose it was survivor guilt, just dealing with the loss,” he explained. “There’s a lot of things that were lost. That’s addressed in the show, which I think is beautifully intimate and it brings our characters closer together, as well as the audience. There’s a lot of weight that’s carried. There might be a veneer of grumpiness in this resting face, but it ultimately comes from just the weight, the horrors, the tragedies, and the loss that come with the game. It’s managing losses, that’s the superhero game. The lightness and brightness that Hailee’s character brings in, it kind of counteracts that and comes in and levels it out some. So, it’s pretty cathartic, and I think quite beautiful.” 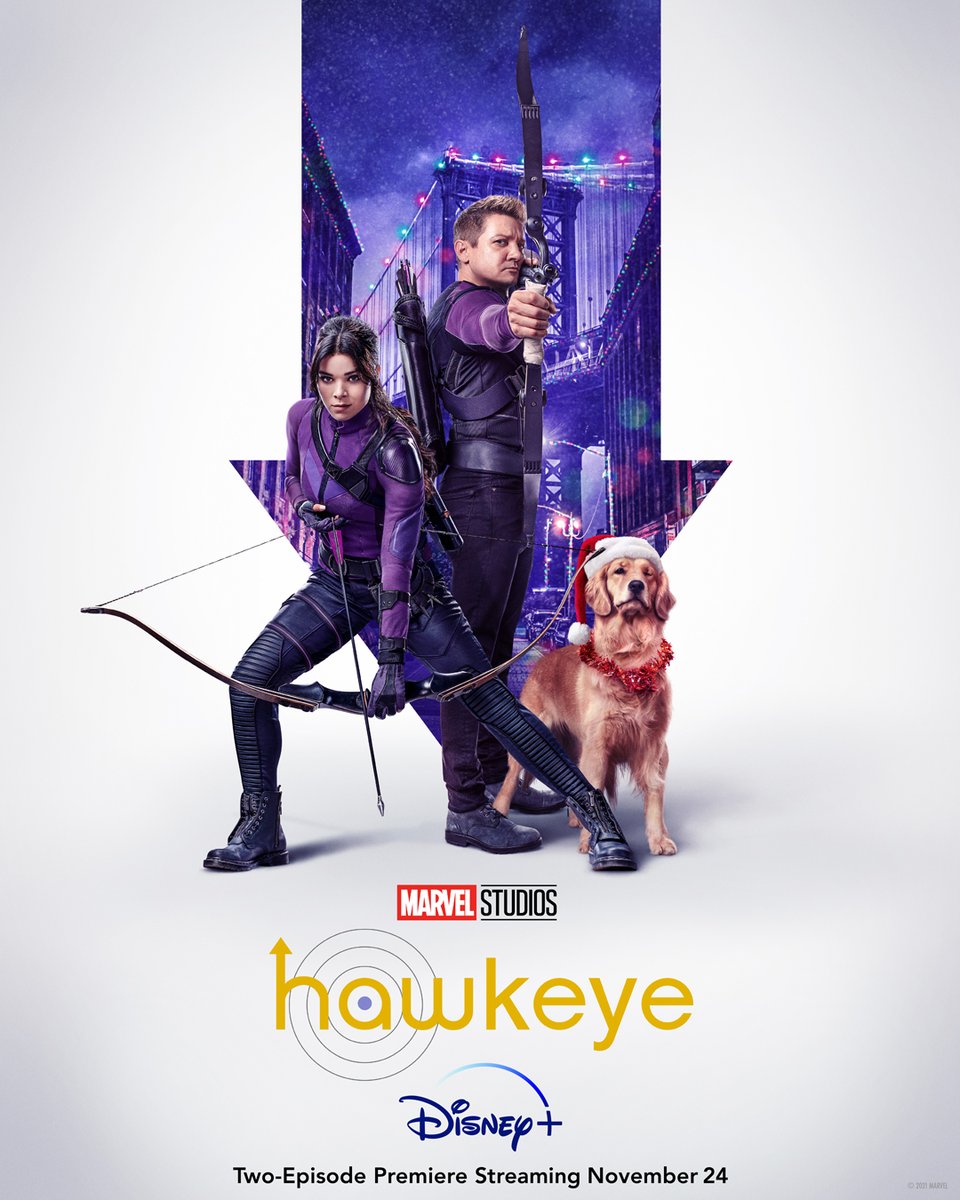 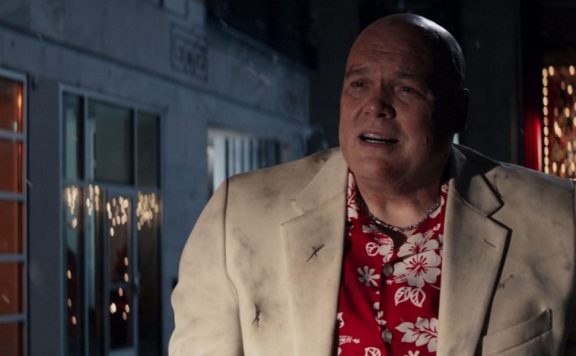 Series based on the Marvel Comics superhero Hawkeye, centering on the adventures of Young Avenger, Kate M. Bishop, who took on the role after the original Avenger, Clint Barton