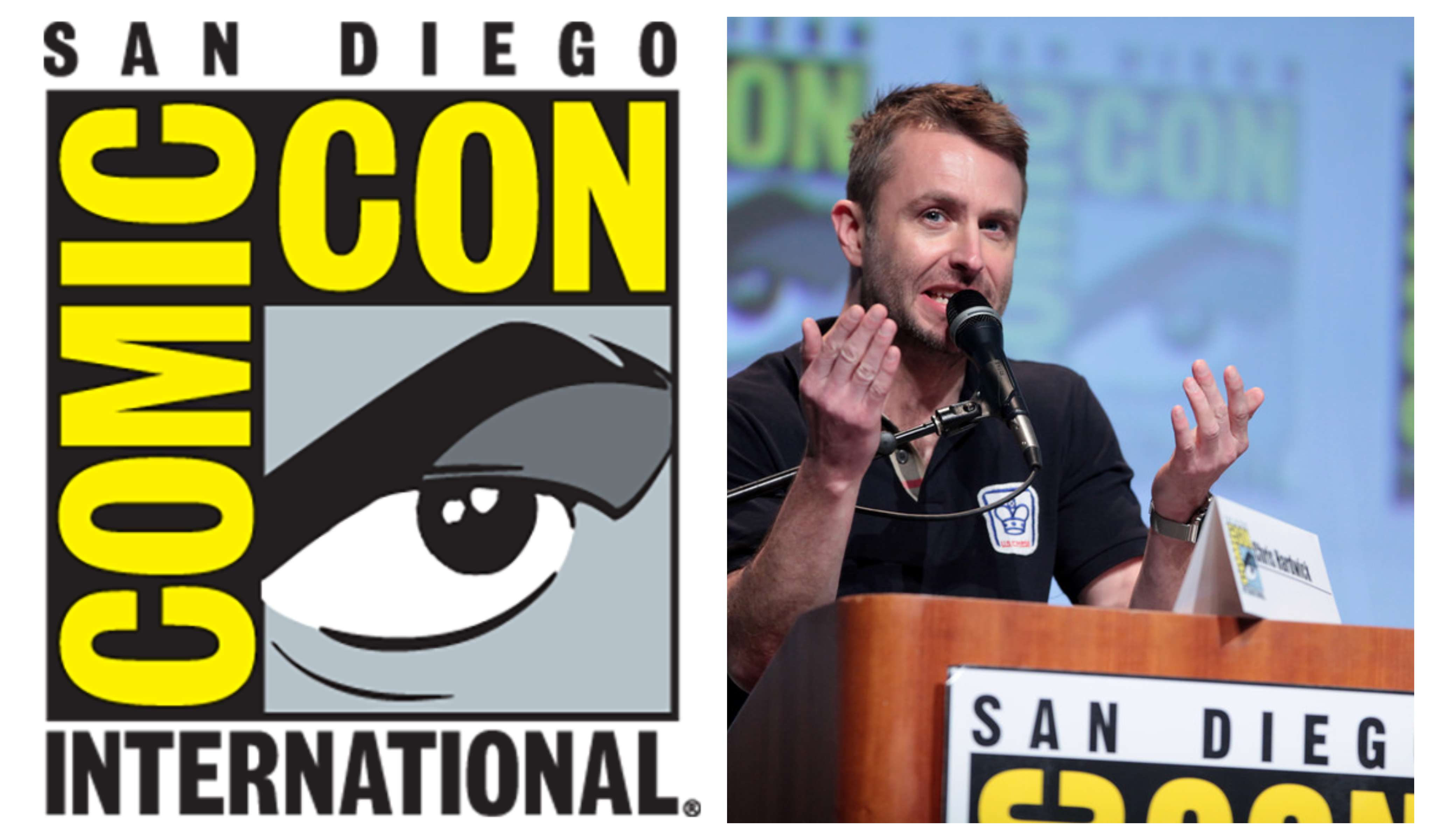 San Diego Comic-Con is already in a tight spot with the lack of a Marvel presentation as well as a Game of Thrones at the upcoming San Diego Comic Con 2018. This morning, another bombshell was dropped on the convention as one of the most prominent faces of Comic-Con, Chris Hardwick, was accused by an ex-girlfriend of abuse. While Chloe Dykstra did not specifically name Hardwick as the abuser, the internet was quick to respond, mainly the site he founded, Nerdist. They wiped his name from the entire site as of Friday morning following the allegations. What we are watching and waiting for now is the response of San Diego Comic Con and how they will proceed with or without Chris Hardwick.

Hardwick is arguably one of the most prominent representations of Comic-Con not only for his work with Nerdist but in the past, he has moderated many many panels from Doctor Who to the Walking Dead and more. Faced with the decision on whether or not to keep Chris Hardwick, Comic-Con has a choice that will be watched and scrutinized for years to come.

If Comic-Con decides to remove Chris Hardwick from Comic-Con 2018, they may face an outraged group of people who, despite the allegations, believe the adage “innocent until proven guilty.” A lot of the fandom may side with Chris and Comic-Con may face some protesting and possibly boycotting by certain fans despite the hefty price tag of coming to San Diego Comic Con. If SDCC decides to get rid of Chris Hardwick, it would be a good decision, in my opinion, for an already floundering year for the convention. With this in mind, the fans will also be watching to see who will replace Chris at the convention as moderator of the many panels he was slated to host. A smart move by SDCC would be to place women at the forefront and have them replace him as moderators. With the call for inclusivity and diversity by many in the industry, including Brie Larson just a few days ago, Comic-Con has a great chance to take a stand and become a big part of a movement towards inclusivity. This would be huge for female fans and mark a shift in the geek fandom which has faced notorious problems for sexism and inappropriate behavior towards women in the past.

Should Comic Con choose not to get rid of Chris Hardwick, I think the backlash would be much worse for Comic-Con facing criticism from both the media and female fans. The message it would send would likely be destructive to Comic-Con and everything it stands for in an already shaky year.

The message that Chloe Dykstra sends to the rest of the world is a personal one but unfortunately, not one that is exclusive to her. Woman and men around the world have faced abused, and mistreatment by their significant others. Comic-Con has a chance to stand on the right side of history in this one and take a stand against those abusers as the voice of people around the world standing up and saying “no more.”