This episode of Timeless brings us back to the Nixon era and the Watergate Scandal. We get our first glimpse at Rufus and his family and  see the influence the Rittenhouse has. The give Rufus his next assignment involving the Watergate Tape and President Nixon. They’ve extended his surveillance and duties, now making him give reports by calling a phone number.

Lucy is still stuck wondering about her father and has taken to driving to his house when she receives a call to come to the compound. Once back in the 70s, the gang walks towards a crowd and a fight ensues in which Flynn is able to grab Wyatt and hold him until Lucy and Rufus bring him what he wants. He wants the document back. During this meeting, Flynn informs them that he and Lucy have talked in the past and that she is hiding it. Flynn gives them five hours to bring the document, or he will kill Wyatt.

Meanwhile, we learn more about what Flynn has gone through and what motivates him to seek and destroy Rittenhouse and their operatives. It is a pretty tense few scenes with him and Wyatt, reminiscing about their losses. In their search for the document, Lucy and Rufus discover that it is something much different than they thought. They must work together to do what they can to save Wyatt. They now know what each other has been hiding.

In their search for the document, Lucy and Rufus discover that it is something much different than they thought. They must work together to do what they can to save Wyatt. They now know what each other has been hiding and need to find a way to still work together. 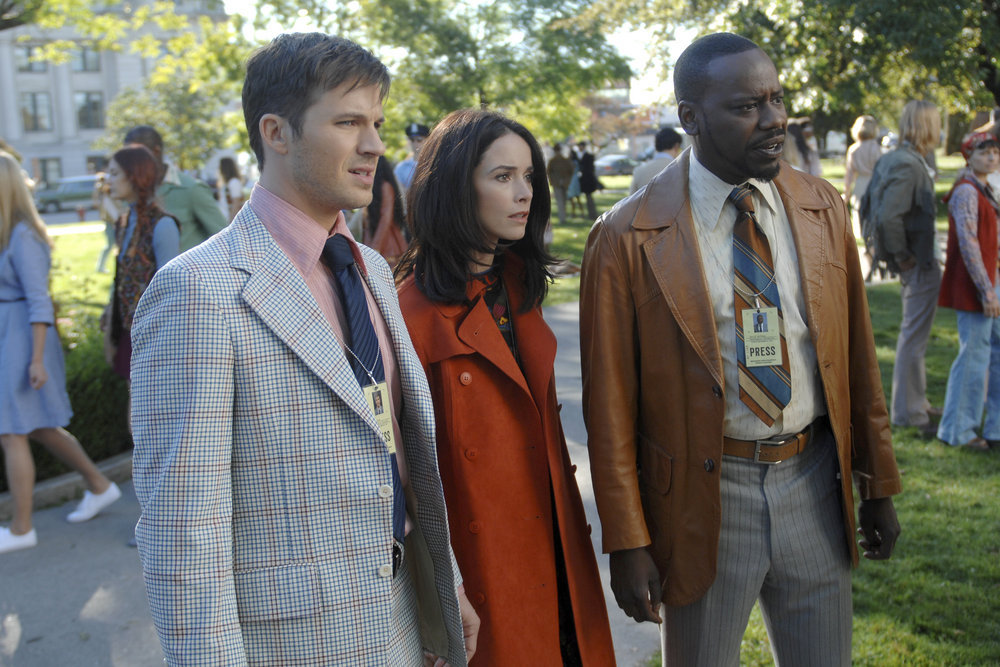 The special effects in the episode are increasingly better. The show seems to be finding its stride and adjusting accordingly. The music in this episode stood out a lot and was used to bring further impact to the show in a way that wasn’t as well-crafted before. There is a version of “The Sound of Silence” that is just perfect. The fight scene in this episode with Wyatt is pretty great. There is a lot of action, and the cinematography is getting better.

The next episodes should be interesting because we get to see how this newfound distrust between the group works out. Will they work together and through their problems or will it cause some bigger issues to unfold within the fabric of American history? We will have to wait and see.