Proving for the umpteenth time that remakes, updates, or a “reimagining” can far outpace the original, Prime Video’s sports series loosely based on the Penny Marshall-directed pic of the same name, A League of Their Own, is a joy to binge. Co-created and starring Abbi Jacobson and Will Graham, the eight-episode series hits a grand slam with pointed observations on gender, race, and sexual orientation. And yet, the show mostly keeps a light tone throughout. Like Jacobson’s Comedy Central game-changer Broad City, the laughs and moments of levity strengthen the heavier ones.

Dressed with wonderful era-specific attire, this is the best-looking show to grace the streaming giant since The Marvelous Mrs. Maisel. Is there any reason not to watch? Baseball isn’t for everyone (certainly this writer) but it might just be the best “old-timey” sport for a visual medium like film and television. Shot in 4K, the sets, costumes, and the lush feel of the ballpark offers escapism amidst real world issues. 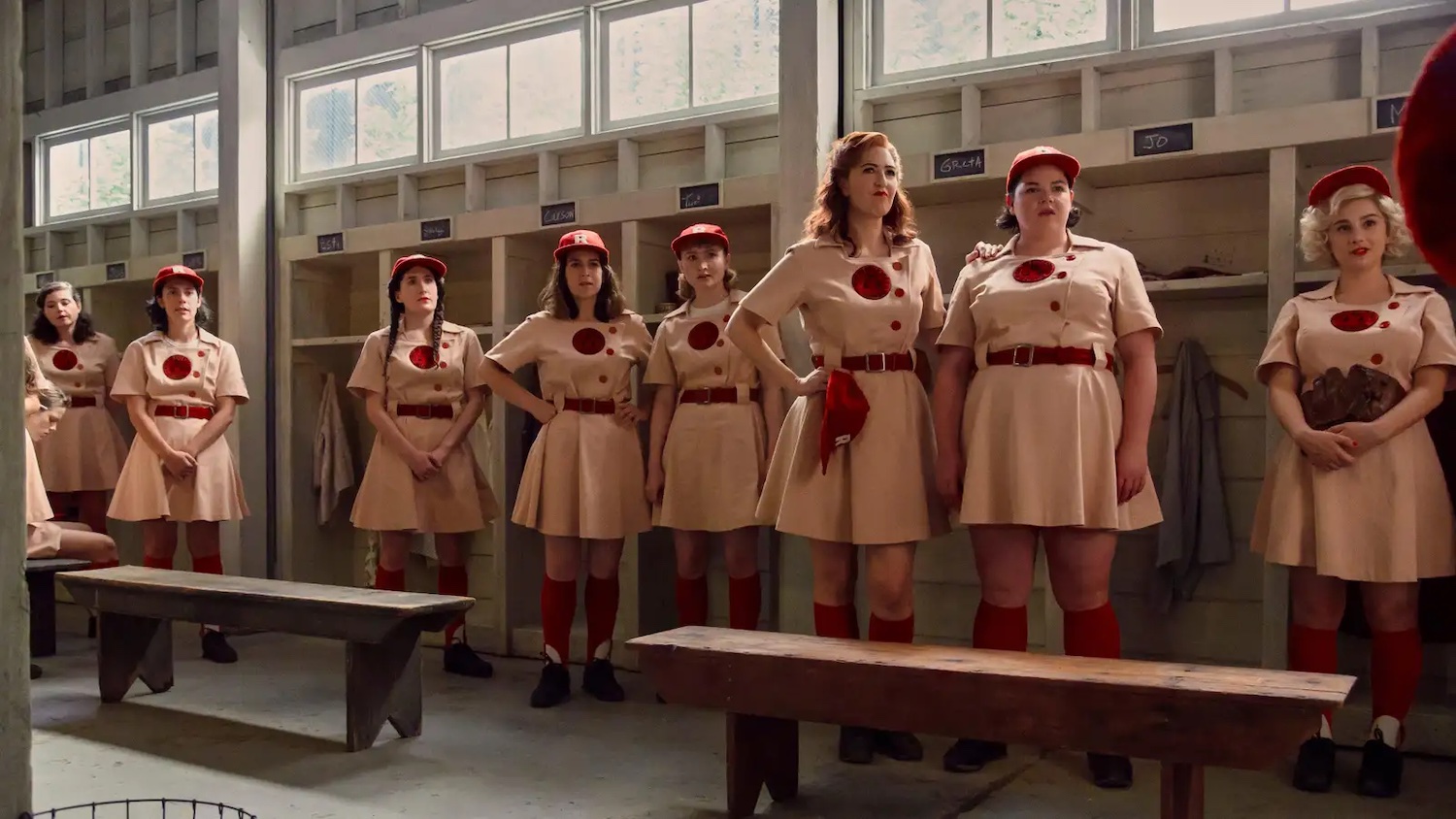 Debuting three decades after the 1992 hit film, the series returns to 1943 Rockford, IL. The Rockford Peaches were a real-life All-American Girls Professional baseball team. The situation being that while “the boys” were off fighting Hitler, an all-female league would keep fans in the seats. Sadly, while many women got to shine, the league was only temporary, ending in 1954. Still, while the film focused on the early years, the series could have more at bats, going thru the 1950s.

The first season follows two central protagonists. Jacobson’s Carson Shaw is the more traditional arc, a white woman in a loveless marriage whose love of the game drives her passion. As a Peach, she gets to know a wide range of women who, thankfully, are not just repeats of the ones played by Madonna, Lori Petty, and Gena Davis (though one character played by Melanie Field does seem to be inspired by Rosie O’Donnell’s Doris Murphy). The rest of the cast chart their own path, including strong turns by Roberta Colindrez (Vida), Kelly McCormack (Letterkenny), and Pricilla Delgado, to name a few.

The second character arc is wholly new. Max Chapman (excellent Chanté Adams) is a black woman who, denied even a chance to try out for the Peaches, must find her own way to the league. Max is headstrong, super likable, and easy to root for, even when she lashes out at her best friend Clance (Gbemisola Ikumelo) and other sympathetic POC. She’s the kind of character that normally would be seen as unable to get out of her own way, but the segregated times make every one of her frustrated feelings 100% justified. 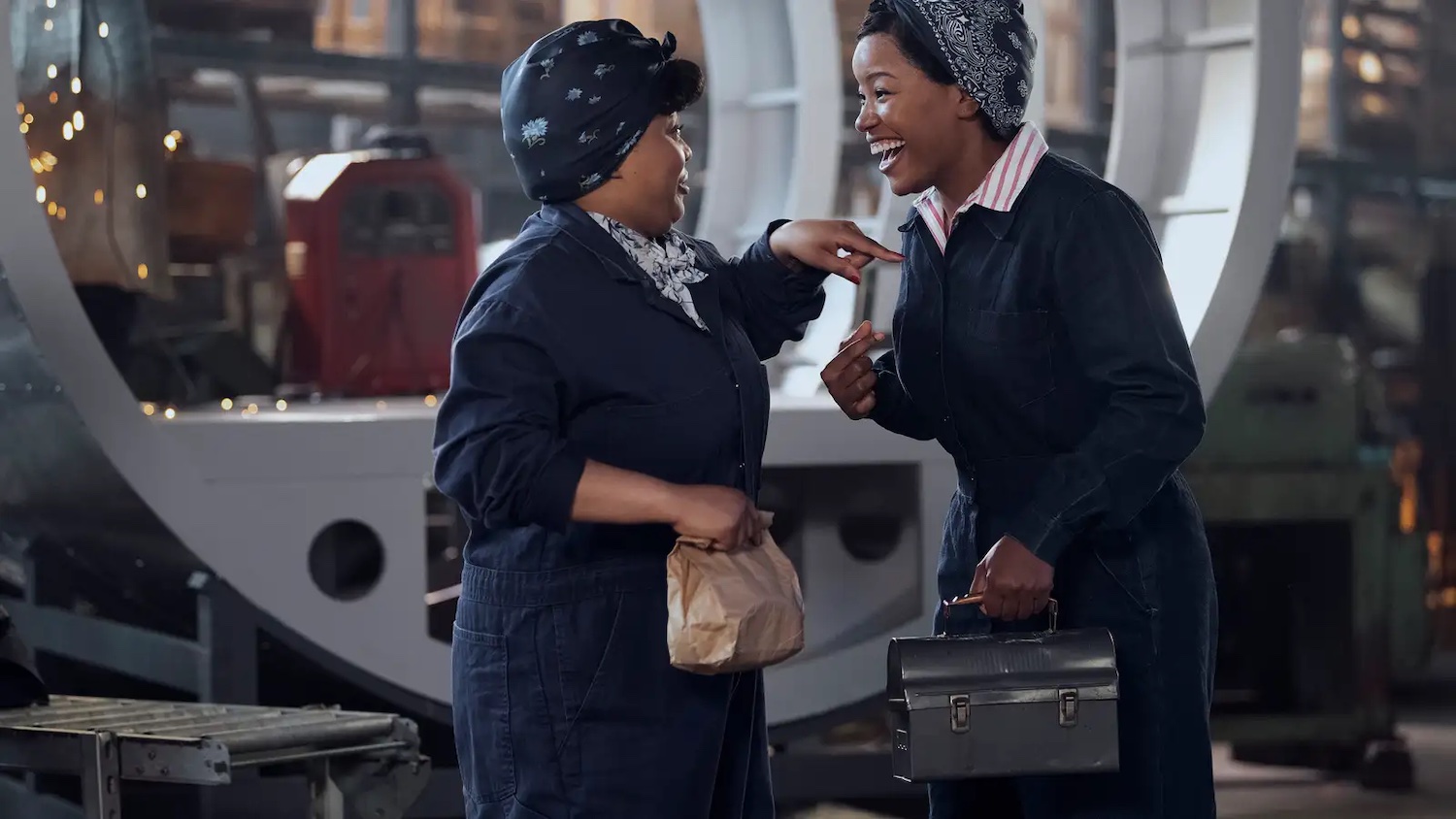 If there’s a weak link in the cast it’s The Good Place‘s D’Arcy Harden as a possibly bisexual woman that causes stirrings of affection and hurt by Carson. Harden can be terrific, but as Greta, her performance often feels obvious, either too friendly or manipulative. Given the few episodes I’ve seen so far, it’s an oddly sore note in a series with a strong sense of queer identity overall. The rest of the cast and the handling of varying forms of individual identity and gender roles is the best since Netflix’s wrongfully canceled G.L.O.W. Like that series’ coach played by Marc Maron, the role famously performed in the original film by Tom Hanks is suitably filled by Ron Swanson himself, Nick Offerman.

In case one is wondering, yes, the no crying in baseball line gets a redux here, but one of the strengths of the writing is how its stitched modern vernacular into its own 40s jerseys, as well as choice cuts by Heart and other anachronistic tunes. We’re not talking Baz Lurhmann’s The Great Gatsby, but it’s a refreshing touch.

A League of Their Own is off to a great start as a new addition to Prime Video’s must-see line-up. Jacobson and Graham have smartly balanced out the production’s accurate period detail with today’s sensibilities making this series an easy home run to recommend,

A League of Their Own is now available to stream on Amazon Prime Video. 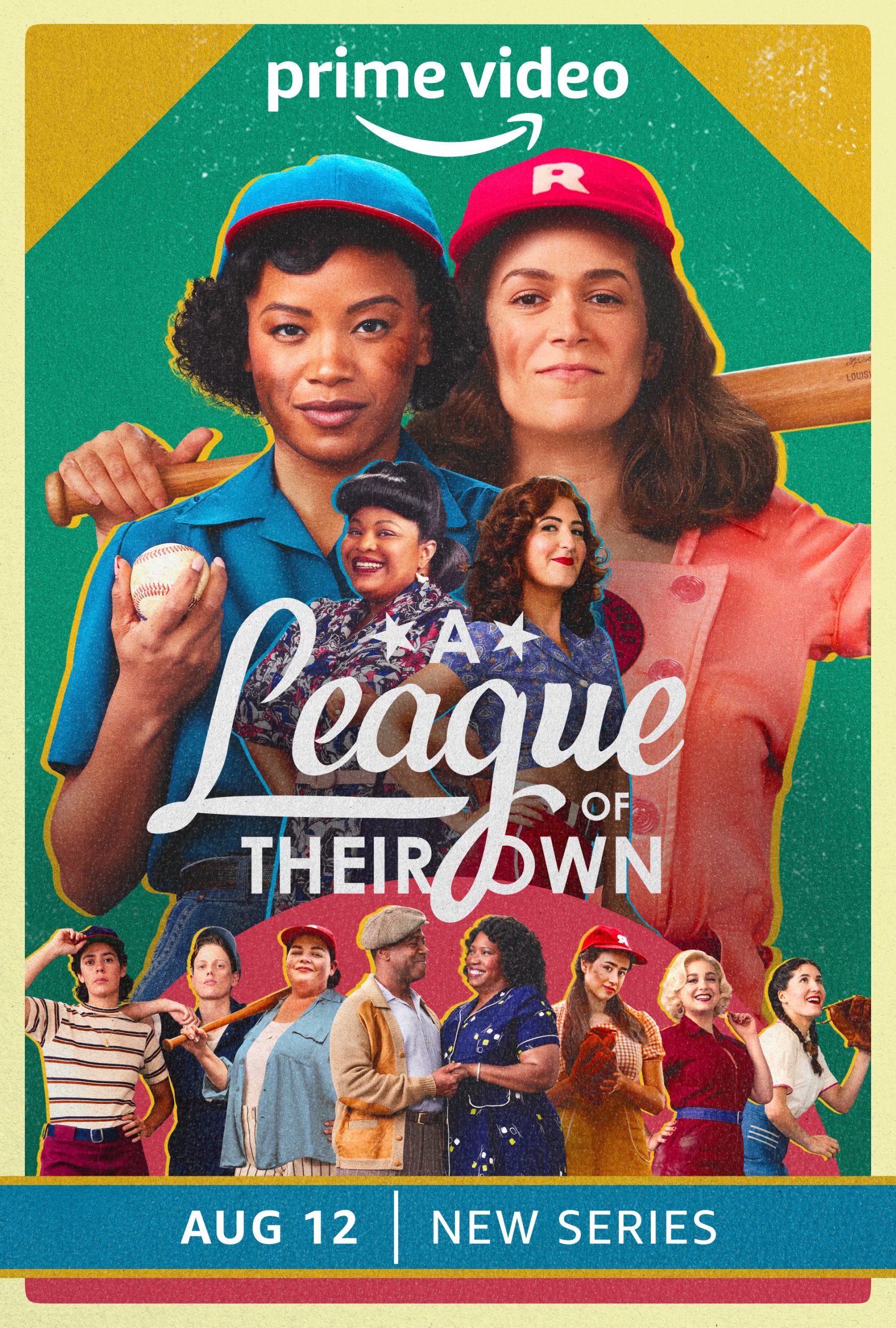 TV Review: Amazon’s ‘A League of Their Own’ Gets On Base 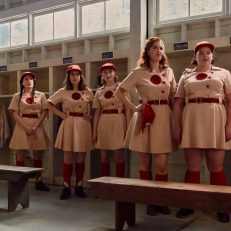 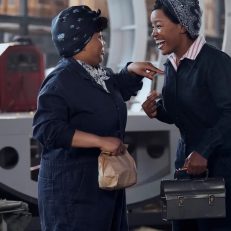 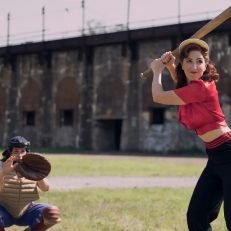 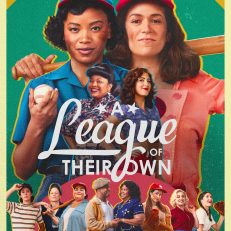