‘Guardians of the Galaxy’ Kicks Off Summer Sequel Overload

We’ve never seen a year at the box office quite like 2017. It’s only May 4th (by the way May the Fourth Be With You…) and nine films have already joined the century club. Disney’s Beauty and the Beast continues and will lead the pack through summer, currently at a whopping $482.2 million domestically. Does this make the summer box office any less special. With Guardians of the Galaxy Vol. 2 breaking out of the summer gate first, we’re still in store for a busy few months at the multiplexes.

2014 was a weird year. Captain America: The Winter Solider opted for an April release, yet became the biggest film until August, grossing $259.8 million. We’ll get to what beat it in a bit. But in the heart of summer, tentpoles such as The Amazing Spider-Man 2, Transformers: Age of Extinction and How to Train Your Dragon all underperformed. 2014 had yet to find a $300 million hit. Where was Harry Potter or Avengers or Iron Man 3 to save the summer. Nothing. Then came Guardians of the Galaxy, the Marvel property no one had heard of (minus die-hards). Overnight, Guardians was a major success. Critics at it up and its $94.3 million shattered the old August record of The Bourne Ultimatum ($69.3 million). By September, Guardians of the Galaxy was much a Marvel success story as Iron Man or The Avengers.

Three years later and Guardians is a completely different animal. Marvel’s confident enough in its demand for drop it in the first official weekend of the summer box office. Big shoes to fill? Not at all. Iron Man, Iron Man 2, Thor, The Avengers, Iron Man 3, Avengers: Age of Ultron and Captain America: Civil War previously claimed the coveted spot. No real pressure now. Yes, there are times when the first hit underwhelms – cough Van Helsing, Kingdom of Heaven, Mission: Impossible III. But this is a Marvel movie and there’s no denying that summer will kick off with at least a $100 million bang this weekend. That’s an insanely conservative estimate. 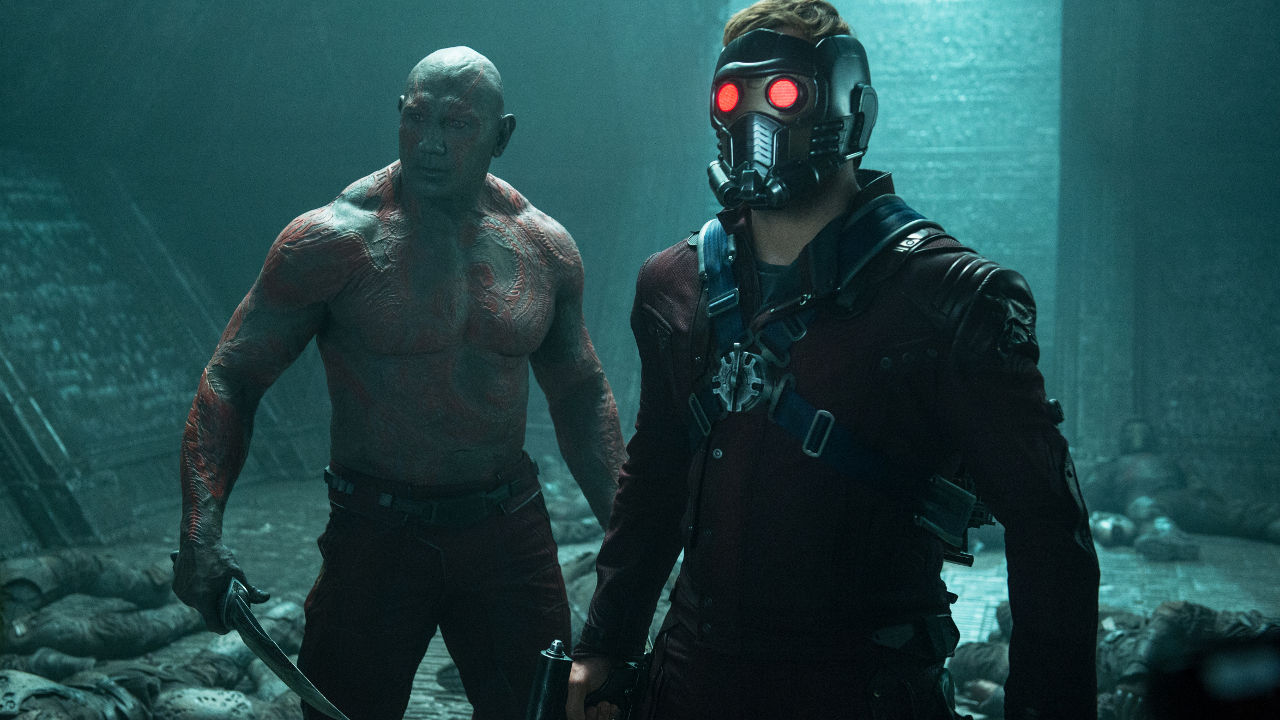 Like most sequels, Guardians of the Galaxy Vol. 2 is bigger and more blockbuster-oriented than its predecessor. In round two, the entire gang is back. Chris Pratt returns as Star-Lord. Zoe Saldana dons the green makeup again as Gamora. Former WWE superstar Dave Bautista takes a few more jokes literally as Drax the Destroyer. And the beloved voice-acting duo of Bradley Cooper and Vin Diesel return as Rocket and Baby Groot respectively. Plus, Kurt Russell joins the sequel as Peter’s estranged father, Ego.

As anticipated as Guardians of the Galaxy Vol. 2 is, it’s a completely different animal from the film nearly three years ago. Reviews on Rotten Tomatoes are slightly down from the 2014 film. Going into the weekend, Guardians 2 stands at 86%. The first film maintained a mind-blowing 91% consensus. The critics here at We Live Entertainment were more mixed about this second go-around. The general opinion being a decent, yet inferior film to the original. The CinemaScore grade on Sunday will reflect how audiences feel.

Between 2D, 3D and IMAX 3D engagements over the weekend, Guardians could see itself hooked on a $150 million feeling. That’s a massive leap over the 2014 hit and would call for more than a 50% increase. Demand would have to increase as high as Winter Soldier ($95.0 million) to Civil War ($179.1 million) jump. Unfortunately this is no Avengers 2.5 like Civil War was being referenced as. Anything short would bring out no reason to break out the pitchforks. A $125 million opening. Oh no! The worst case scenario is it plays second fiddle to Despicable Me 3 this summer.

Box Office Preview: ‘Guardians of the Galaxy 2’ Hooked on a $150M+ Feeling

'Guardians of the Galaxy' Kicks Off Summer Sequel Overload We've never seen a year at the box office quite like 2017. It's only May 4th (by the way May the Fourth Be With You...) and nine films have already joined the century club. Disne...
0
Average User Rating
0 votes
Please sign in to rate.